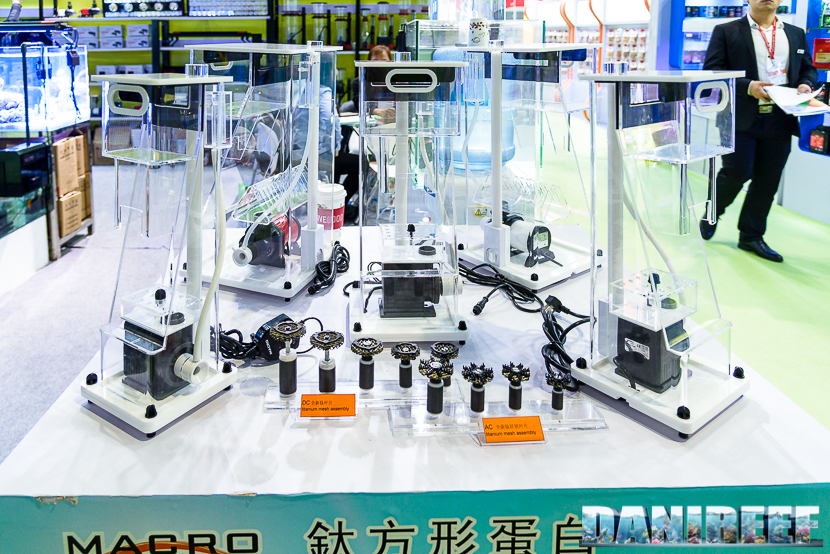 This is a protein skimmer series with an unusual shape: rectangular! There is no need to tell you how much more easily this shape of skimmer would fit in our sump, because of the reduced dimensions for internal volume. But knowing that it would work fine is another matter altogether.

Macro Aqua did really think of everything. The impeller is made of Titanium mesh, and, while it does carry a higher cost, it’s the best available: virtually unbreakable, and almost guarantees a great foaming.

Looking at the new Titanium Square Skimmer, I’m reminded of the Deltec MCE600 I had at the dawn of my aquarist career, back in the early 2000s  (here is our Italian review from more than 10 years ago). Basically, it was a squared-bottom skimmer; the difference is that it remained the same dimensions for its entire height, while this new skimmer changes dimensions as it goes up, more closely resembling a traditional skimmer. 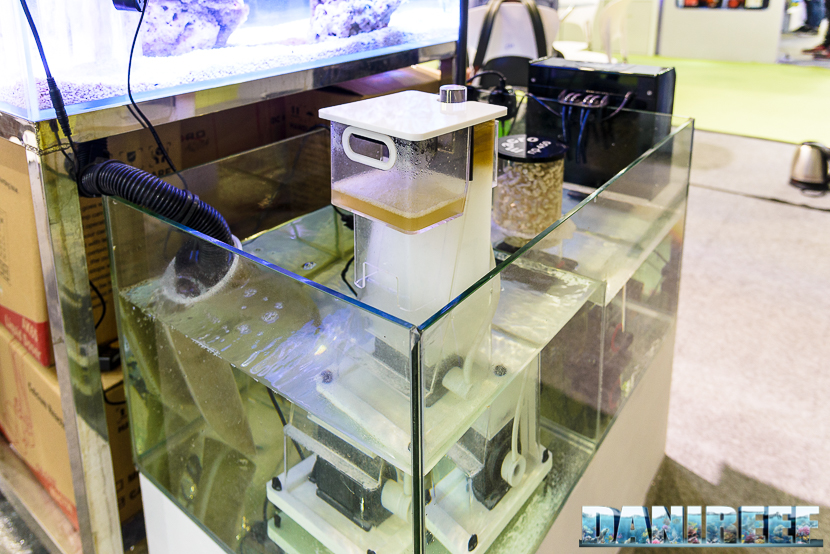 These skimmers are pushed by a 24 volt electronic pump and have a variable flow. They have the awesome convenience of allowing the owner to remove the cup with an easy movement of the hand, considering that it is practically leaning on the body. This is a convenience not to be underestimated. 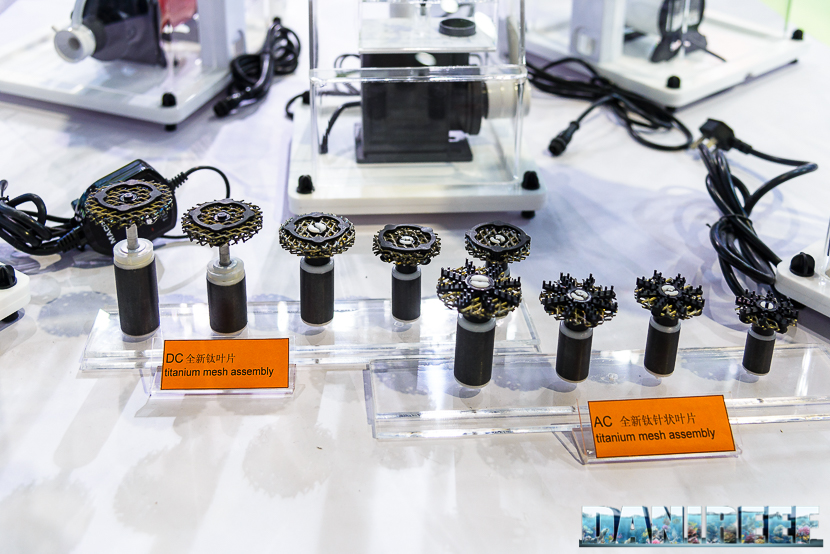 All the models of Titanium Square Skimmer by Macro Aqua

There are 5 model shown, as you can see in the picture, and they differ from one another in flow, volume, power consumption, and dimensions.

We feel that these numbers are a little bit crazy – 10,000 l/h flow in a skimmer is quite a lot. But Macro Aqua seems to believe it, since they suggest such an exaggerated tank volume. A 5,000 liter tank pushed by a such a small skimmer is, all in all, something awesome. On the other hand, the power consumption of each skimmer is very high, with the exception of the small STN-13 that at a glance might be good for a 300 liter SPS tank, in our opinion. In any case, we have a great interest in testing them. 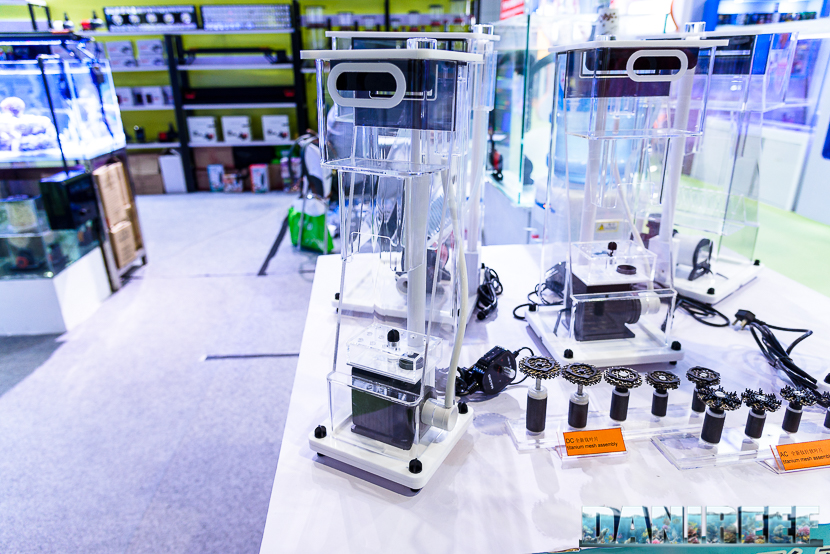 But let’s move on.

We have already been talking about the Liquid Doser AK35 by Macro Aqua, conceptually similar to the Skimz doser that we will speak about in the next few days. And it really caused a stir. Now we can say that it does exists and we have actually seen it. 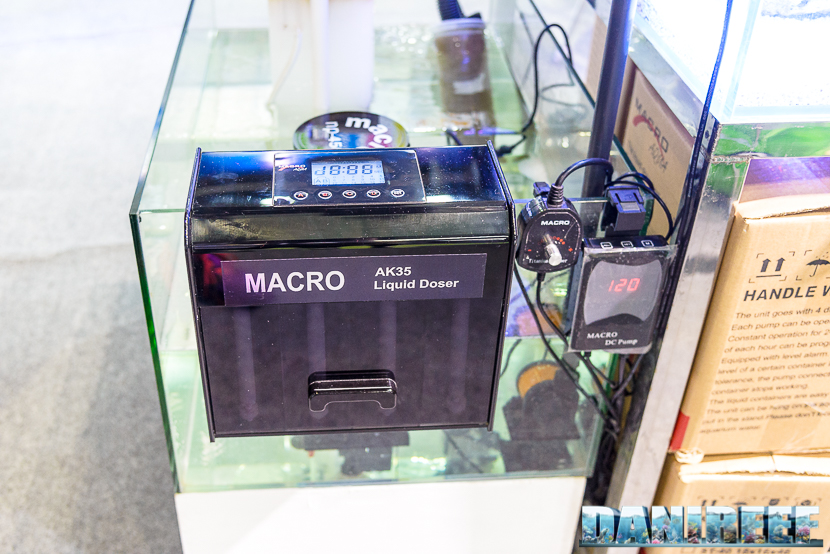 Nice, good looking, and functional. Our Balling friends are warned. 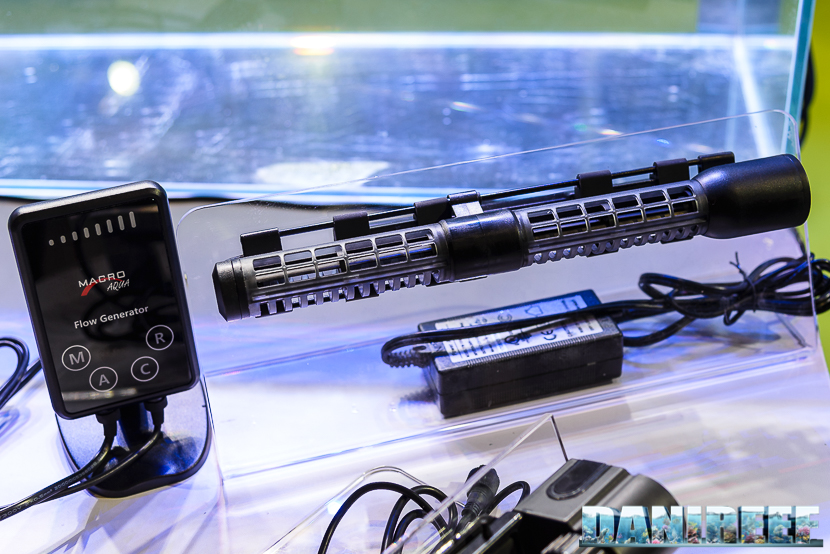 Of course they are electronic with a variable flow.

For further information about Macro Aqua, follow the link below to their official website. We also give you the link to our editorial about CIPS 2017, where you can find all the reports we have already done, as well as the ones we will write from this day forth. 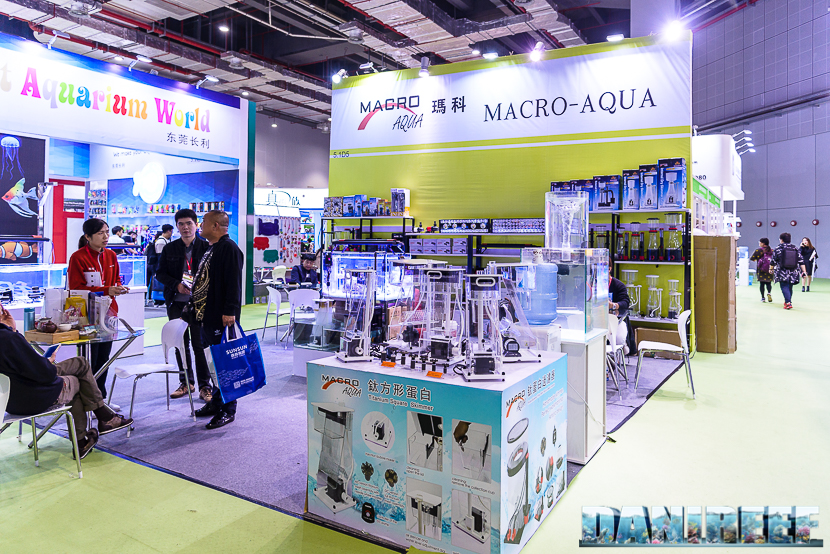