By Leonard Ho 4 years ago 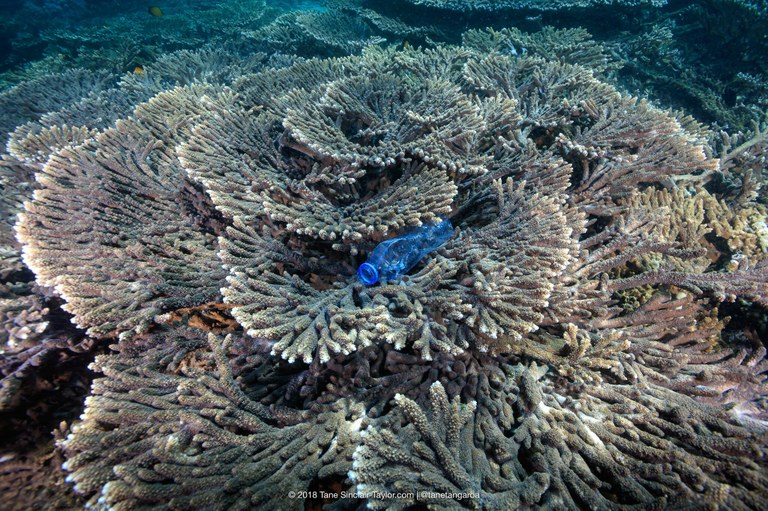 Corals in contact with plastic are 22.25 times more likely to get sick!

Researchers discovered that the chance of coral disease increased dramatically from 4% on plastic-free reefs to stunning 89% on reefs where corals are in contact with plastic.  The findings are published in the journal Science.

The exact mechanisms for this correlation/causation is not clear as of yet.  Synthetic plastics are known to cultivate dense colonies of bacteria – often much more so than many natural surfaces.  Most of the bacteria are beneficial or benign but some can cause diseases. A combination of close-proximity microbial concentrations alongside other effects of plastics such light reduction, water flow reduction, and the release of localized toxins from the plastic could explain why contact with plastics promote coral disease.  It’s also possible that areas littered with plastics simply had higher concentrations of other pollutants, too.

This study should not alarm reefkeepers.  You’ll find a lot of plastic in successful reef aquariums, so clearly the mere presence of plastics in seawater doesn’t significantly harm corals.  And it’s safe to assume no hobbyist would smother their corals with plastics.  However, a few interesting question arises from this study, such as: 1. Are plastic frag plugs more prone to coral disease than ceramic or agrocrete plugs? 2. To what degree do plastics contribute to mysterious coral diseases in our tanks?

From the ARC Centre of Excellence Coral Reef Studies:

Plastics linked to disease in coral

An international team led by a JCU scientist has found that contact with plastic waste massively increases the chance of disease in corals.

Dr Joleah Lamb, from the ARC Centre of Excellence for Coral Reef Studies based at JCU, led the study reported in the journal Science this week.

“We examined more than 120,000 corals, both plastic-free and with plastic present, on 159 reefs from Indonesia, Australia, Myanmar and Thailand. We found that the chance of disease increased from 4% to 89% when corals are in contact with plastic,” said Dr Lamb.

She said very few studies have examined the role plastics could play in promoting disease in the marine environment.

“We don’t know the exact mechanisms, but plastics make ideal vessels for colonizing microscopic organisms that could trigger disease if they come into contact with corals,” Dr Lamb said.

“For example, plastic items such as those commonly made of polypropylene, like bottle caps and toothbrushes, have been shown to become heavily inhabited by bacteria that are associated with a globally devastating group of coral diseases known as white syndromes.”

Dr Lamb said the problem of plastic waste looks to be getting worse.

JCU’s Emeritus Professor Bette Willis said the finding adds to the burden of climate-related disease outbreaks that have already had an impact on coral reefs globally.

“Bleaching events are projected to increase in frequency and severity as ocean temperatures rise. There’s more than 275 million people relying upon coral reefs for food, coastal protection, tourism income, and cultural significance. So moderating disease outbreak risks in the ocean will be vital for improving both human and ecosystem health.”