Amphiprion omanensis in the Wild 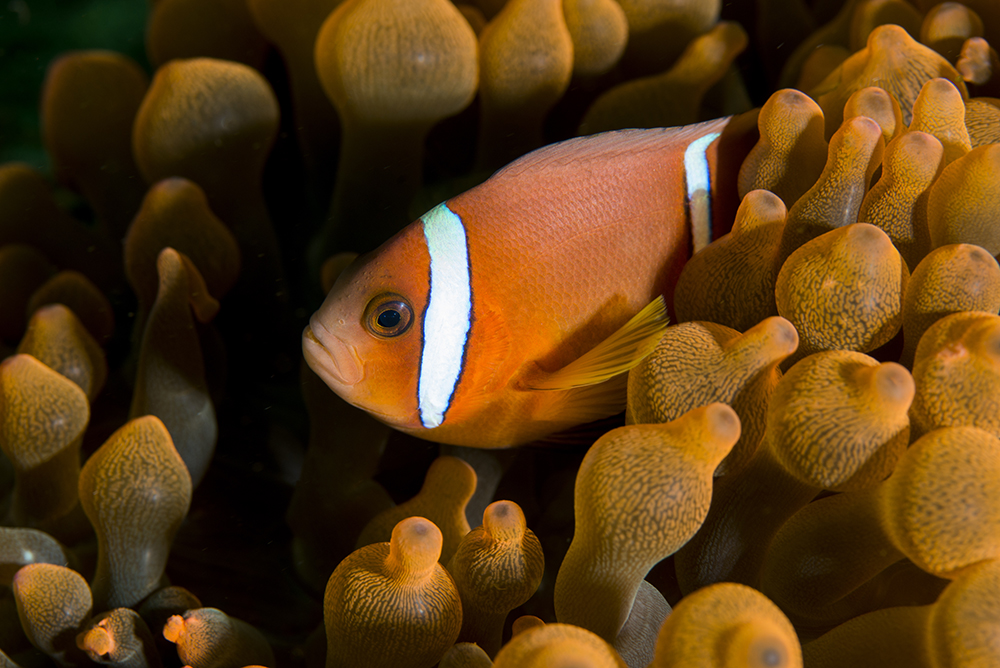 I recently posted some images of juvenile members of the species, or at least I think they are.  With these images I’m far less unsure; if anyone thinks I’m wrong, then please know that I’m happy to be set right. 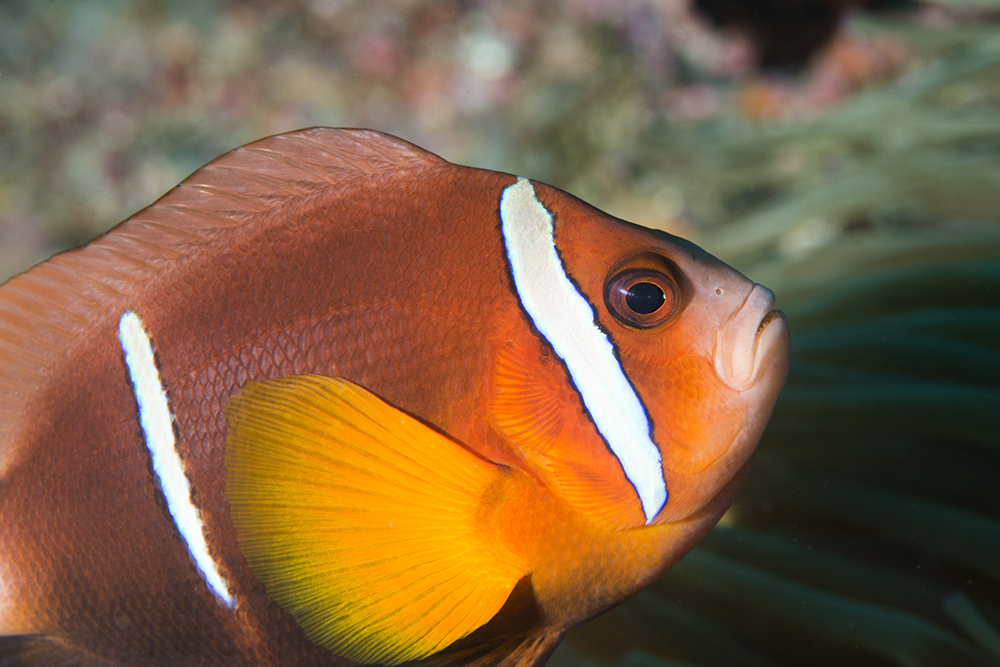 Perhaps the most obvious feature is their narrow white bands, which, compared to other fishes of the genus from the region (A. bicinctus and A. sebae), are significantly narrower.

As for anemone hosts, they can be found in Heteractis crispa and Entacmea quadricolor.  The fish in the orange E. quadricolor (main image) had found a real stunner of a host.  Without the benefit of artificial light this ‘nem gave off a ruby red glow on the reef! 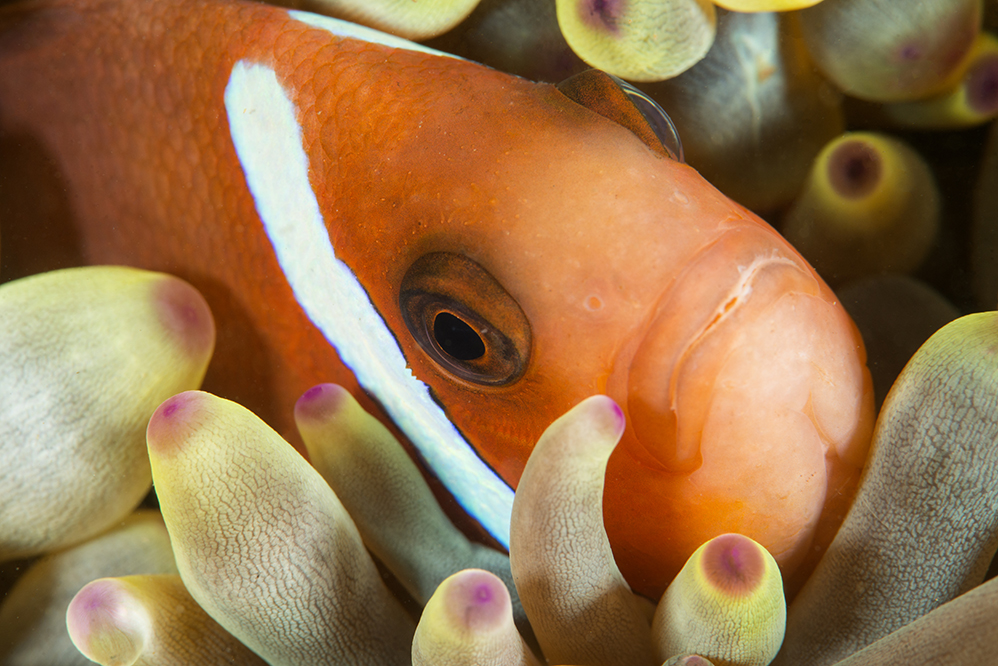 I am, and always have been, very grateful to clownfish, as they give me a guaranteed easy shot.  As ever though, I have to delete an awful loot of poor shots before I settle on the right one.  Usually this involves making sure I have the eyes in crisp focus, helping to establish an emotional connection between the viewer and the image.

A Look at the New IceCap Gyre 1K Wavemaker