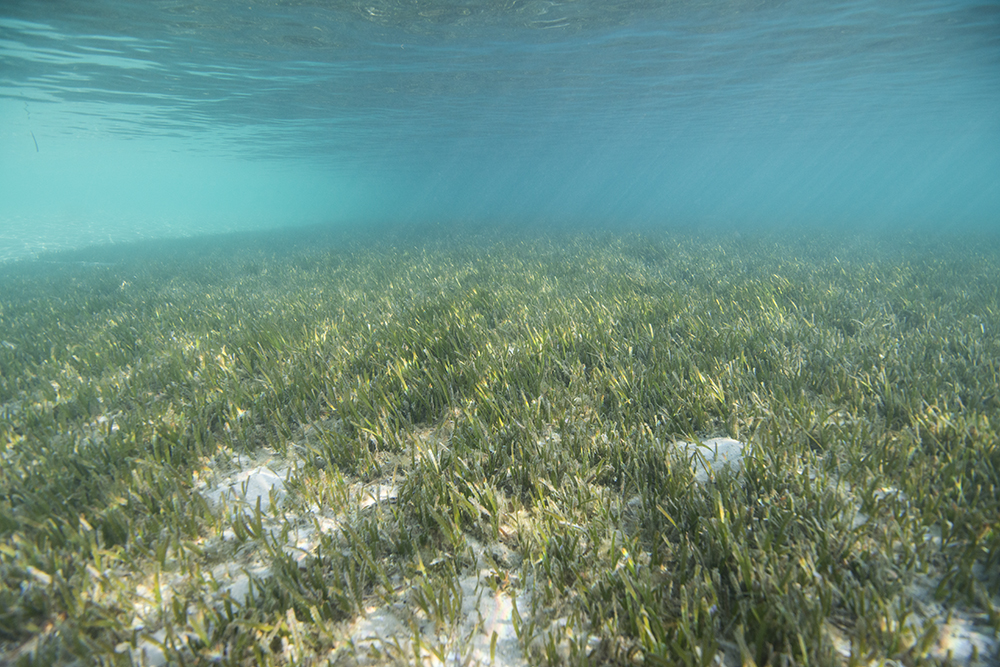 In recent years climatologists have begun to more clearly understand the role seagrass meadows play in storing carbon, with some seagrass meadows being able to capture more carbon per acre than the tropical rain forest.  Sadly, ocean warming can lead to severe damage to seagrass meadows. In one study, investigating an event in 2010-2011 at the Shark Bay World Heritage Site in Western Australia, researchers from the Institute of Environmental Science and Technology of the Universitat Autònoma de Barcelona, in collaboration with scientists from Australia, Spain, Malaysia, the United States, and the Kingdom of Saudi Arabia documented how 9 million tons of carbon was released back into the atmosphere.

Seagrass meadows lock up huge amounts of carbon as layers of material analogous to peat. Anoxic conditions in the mass of dead plant material prevent it from decaying. 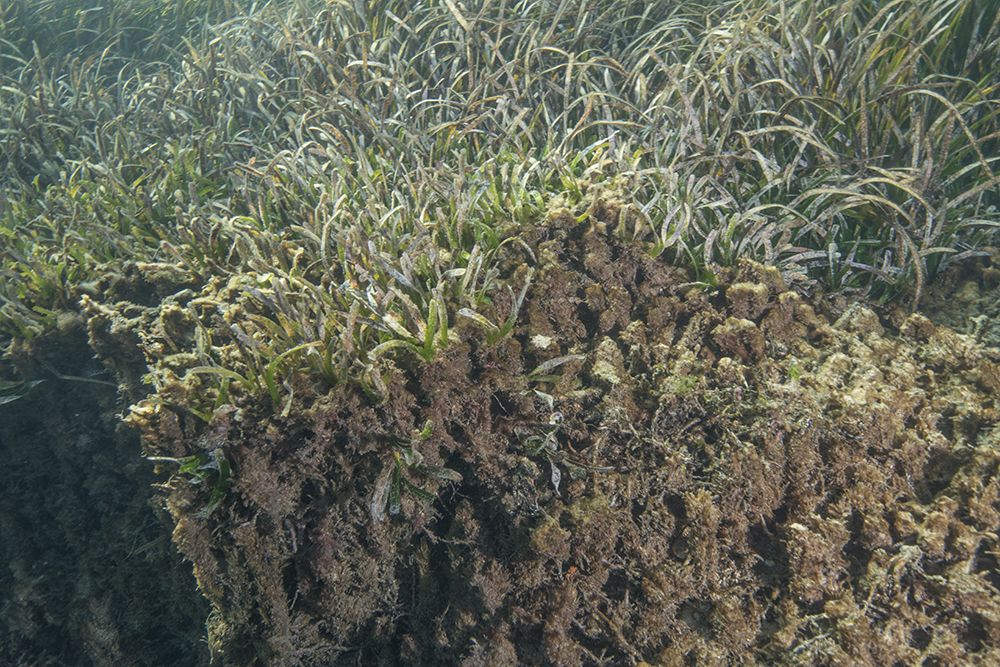 This study suggests that the Shark Bay ecosystem contains up to 1.3% of the total carbon stored in seagrass meadows worldwide.

The seagrass habitat, dominated by the seagrass species Amphibolis antarctica, endured conditions 2-4 degrees above average for more than two months.  Seagrass cover in 2014 was 22% less than a baseline set in 2002, releasing enough carbon to equal that produced from 800,000 homes.

“This is significant, as seagrass meadows are CO2 sinks, known as ‘Blue Carbon ecosystems’. They take up and store carbon dioxide in their soils and biomass through bio sequestration. The carbon that is locked in the soils is potentially there for millennia if seagrass ecosystems remain intact”, explained Professor Pere Masqué, co-author of the study.

“Although seagrass meadows are amenable to restoration, more importantly, we should be looking at avoiding loss of the seagrass carbon stores, because CO2 emission from degraded seagrass ecosystems greatly surpasses the annual sequestration capacity of healthy meadows”, Ariane Arias-Ortiz explains.

“With climate change forecast to increase the frequency of extreme weather events, the permanence of these carbon stores is compromised, further stressing the importance of reducing greenhouse gas emissions, and implementing management actions to avoid adverse feedbacks on the climate system”, she says.