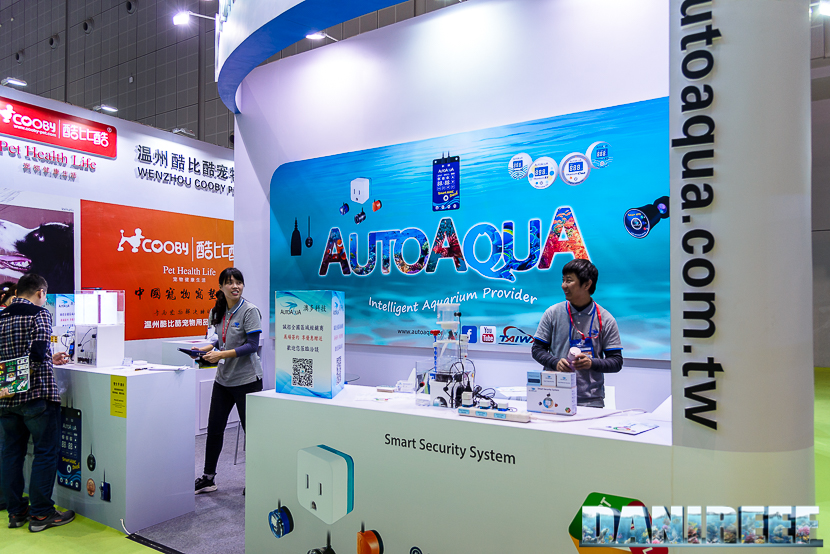 During CIPS 2018 in Shangai, we had the opportunity to visit the (very small) booth of an interesting Taiwanese company, AutoAqua, that was reintroducing its automatic water changer.

We say that AutoAqua reintroduced its Smart AWC Touch because we already saw it during MACNA 2017 in New Orleans. The Smart AWC Touch 200P, or SAWC-200P,  is a device designed and built for automatic water changes and top offs. 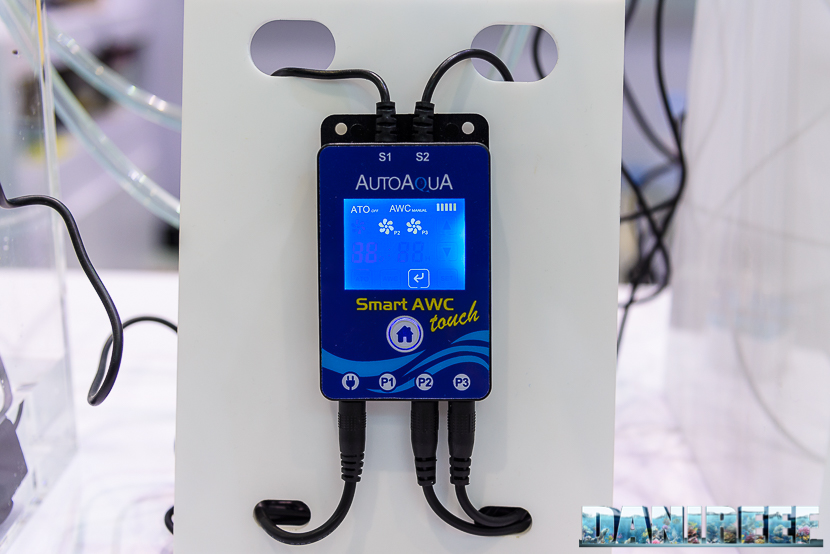 As you can see in the picture, Smart AWC is extremely compact, and has an LCD display and 5 buttons. It also has two sockets for the sensors, three for the pumps, and one electric socket.

Its functioning and connections are all very easy, as we can see in the following diagram: 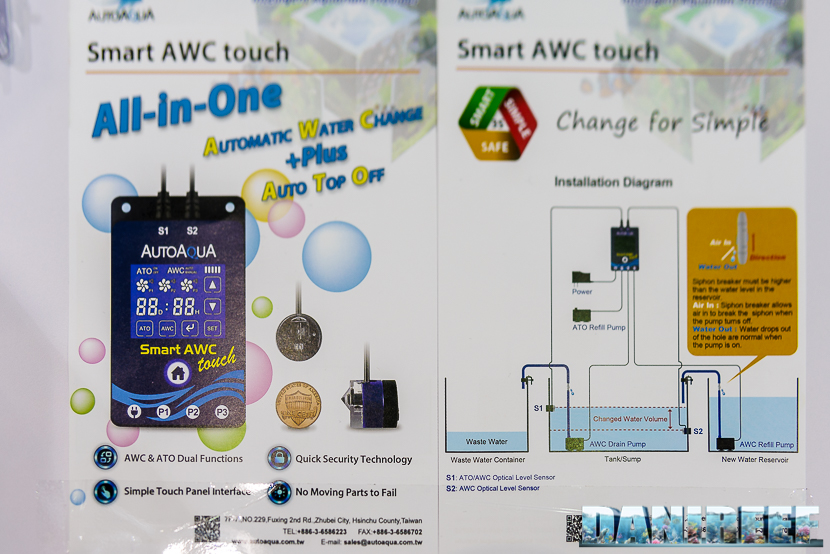 You place the two sensors in your sump, one at the minimum and the other at the maximum levels of the water change. The sensor placed at the higher level is what the automatic top off  is calibrated on. The lower sensor, on the other hand, is only activated during a water change, and it signals its corresponding pump to empty the sump until that level. The P1 socket controls the top off pump, so it runs on his own, and the P2 and P3 pumps are placed in the sump and in the tank containing the new water for the change.

It is extremely easy to operate. The P2 pump empties the sump until the minimum level is reached. At this point, the P3 pump starts and it fills the sump to the maximum level. 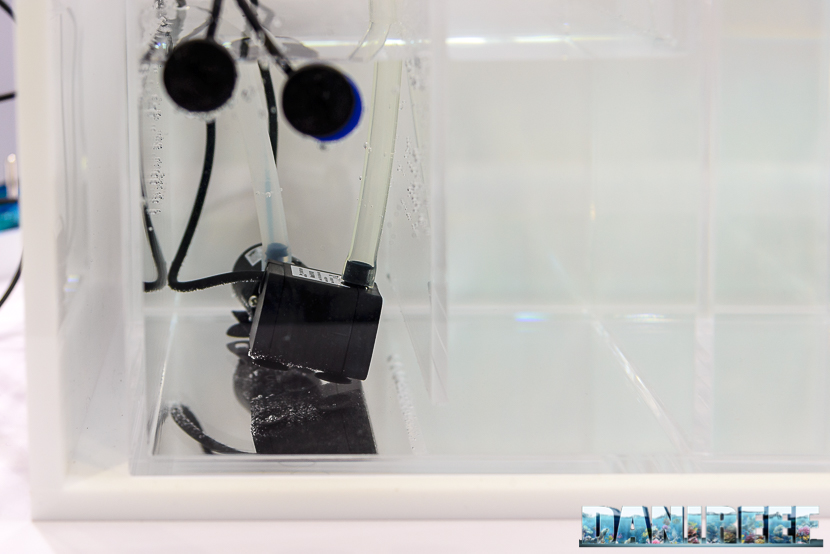 Pictured above is the pumps that are included in the purchase of this device. 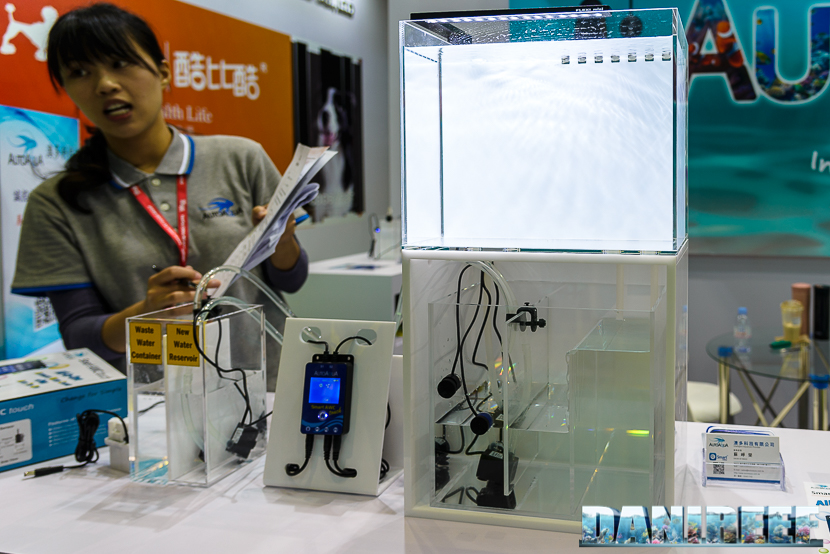 And here is the device in action with two tanks, the aquarium to be managed, and the Smart AWC Touch.

The floats are optical and they are held in place by two magnets. AutoAqua seems to have thought of everything, now we just have to wait until it is available for purchase.

What do you think about it? Would you buy an object like this? Would its price be a big factor for you? Let’s talk about it!

For further information about AutoAqua, we give you their official web page. We have also provided the link to our editorial about CIPS 2017, where you can find the links to all the articles we have written so far and to the ones we will be writing in the future.