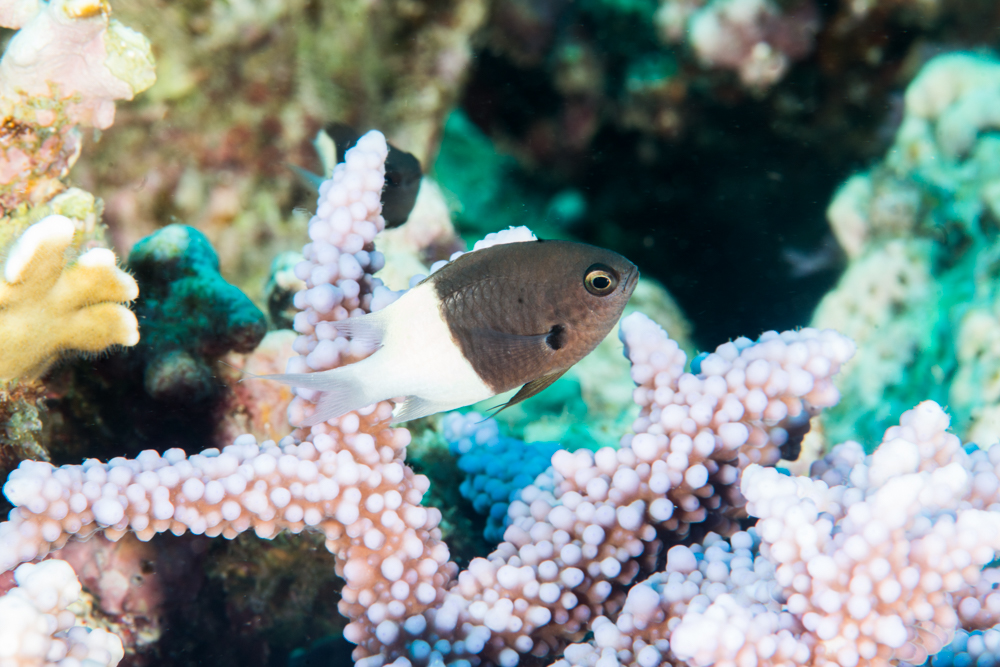 To follow an earlier post, I wanted to share a few more images of pomacentrids from the Red Sea.  I’ve got two more species that I know, and one more that I’m not quite sure about, so I would welcome any input from folks more knowledgeable than I.My first species is Chromis dimidiata, the aptly named Half-and-Half Chromis.  This fish appears to have been grabbed by the tail and dipped into a pot of paint. It’s one of the smaller of the clan at 8-9 cm, but can occur in very large shoals to make up for its diminutive size. 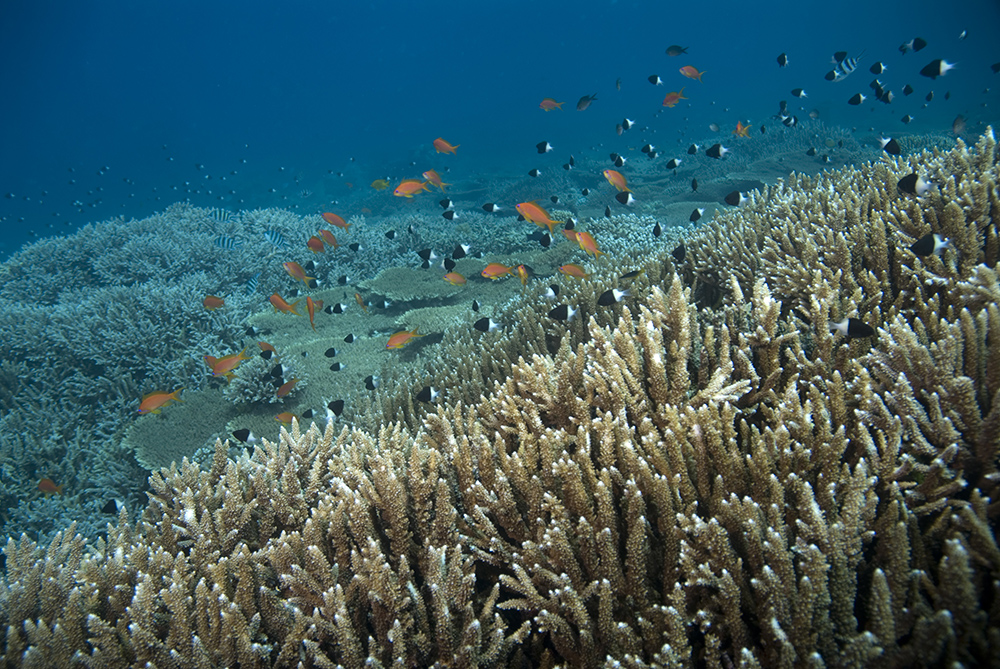 In this image you can see scores of Half-and-Halfs.  Like many chromis, they shelter within the coral branches.  Look closely and you can see some Scissortail Sergeants (Abudefduf sexfasciatus).

Next up is a rather fine fish, not overly colorful, but quite splendid nonetheless. This is Amblyglyphiododon indicus, the Pale Damselfish.  This fish has a close relative A. leucogaster, which is found in the western Pacific. 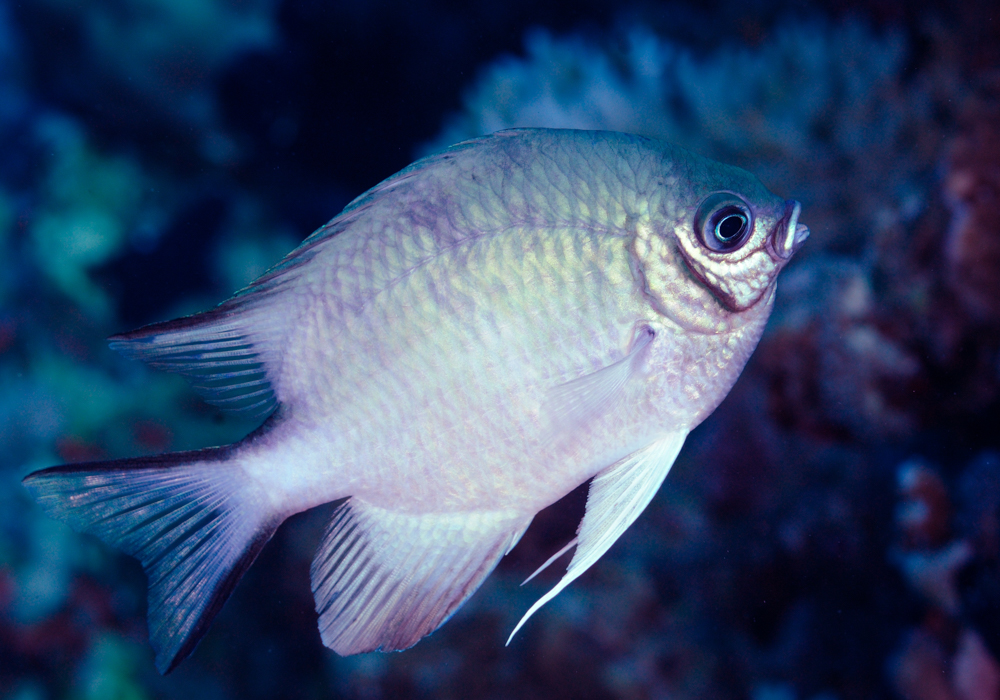 My final fish is a real little beauty, the problem is I don’t know what it is.  Clearly it is a juvenile and resembles many species from the Pomacentrus genus, but which one? 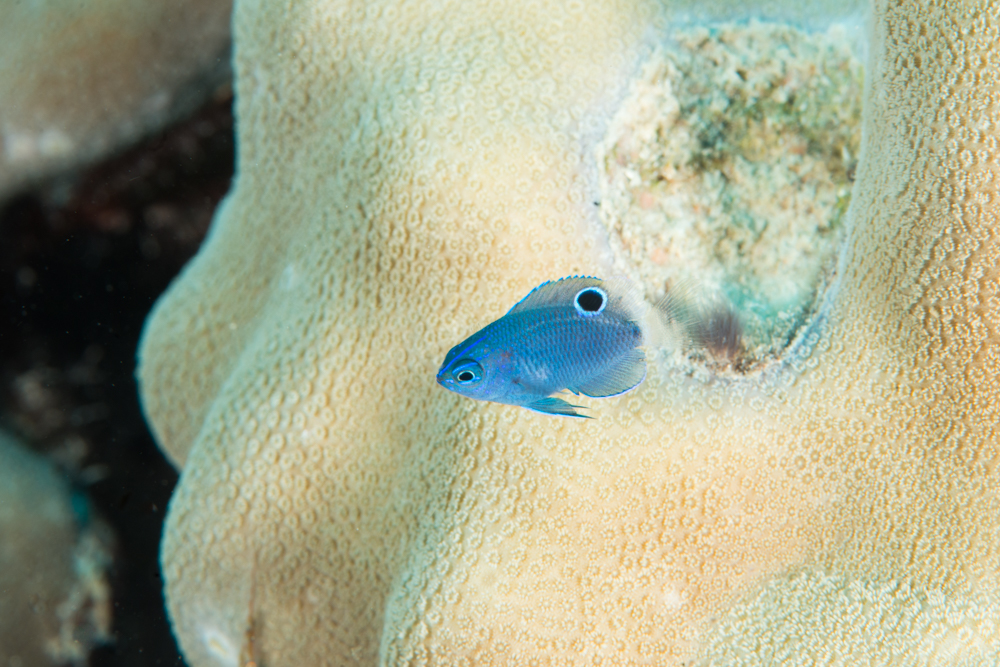 It quite strongly resembles P. nagasakiensis, but I really don’t think that’s what it is.  If I had to put money on it, I’d go for P. trilineatus, though they always seem to have more yellow?  If anyone can offer a definitive ID, I’d be pleased to hear from you.

5 Problems with Buying Coral Online and Tips that Can Help