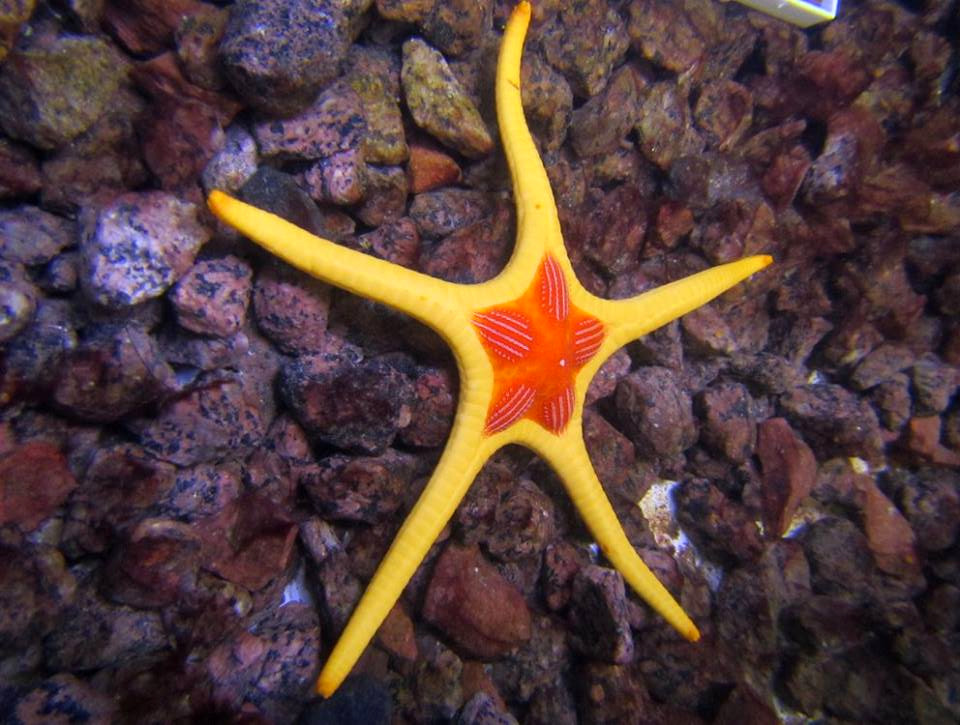 The Double Sea Star (Iconaster longimanus) is, by all accounts, a relatively rare creature in the wild. For instance, one diver reports having seen just a single specimen out of more than 600 dives throughout the Philippines. And records from the scientific literature are equally sparse. One survey of shallow-water sea stars conducted in Davao puts the relative population of Iconaster at less than 1%, while certain regions, like the silted reefs near Singapore, appear to harbor a greater abundance.

But specimens do find their way into the aquarium trade on a regular basis (though usually only in small numbers), and those which have been collected illustrate that this sea star is highly variable across its range. In Singapore and the Philippines, specimens are brown centrally (=abactinal plates), while the superomarginal plates which fringe the body come in an irregular checkering of brown and cream. 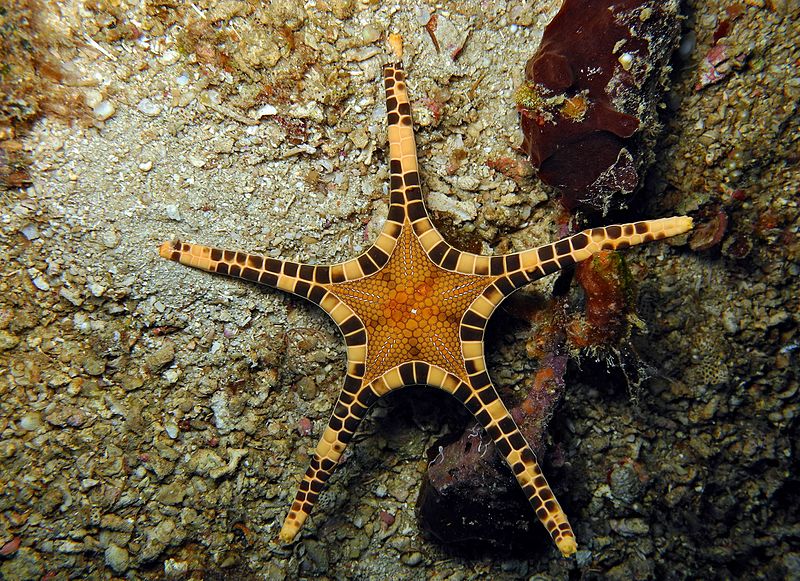 On the other hand, those reported from Australia offer a very different phenotype. The abactinal plates are typically redder in hue, and the superomarginal plates are all a creamy yellow. Records (of which there are many) show it to be present all across tropical Australia, from the Dampier Peninsula in the west to Darwin in the Northern Territory, the Torres Strait, around Cairns and Heron Island in the Great Barrier Reef, and also possibly at the Aru Islands, near New Guinea.

It seems reasonable to assume that we’re dealing with two species here—one Australian and one in the Coral Triangle—but which is the true I. longimanus? This, it turns out, isn’t entirely clear at the present time. The type specimen was described in 1859 by the German zoologist Karl Möbius, but the material he used was of unknown origin, found sitting on a museum shelf. Dry specimens like this lose their coloration, so, not surprisingly, there’s no mention of it in the description. But other species named in this same publication are stated as originating from the East Indies, and none are from Australia, so we can probably infer that it is the mottled Asiatic form which represents the true I. longimanus.

Which leaves Australia’s beautiful red and yellow variant of the Double Sea Star nameless for the time being.

Beautiful Iconaster sp. Flat Tiled or Icon Starfish available this week from your LFS from the best marine livestock suppliers in the game – us! 🙂