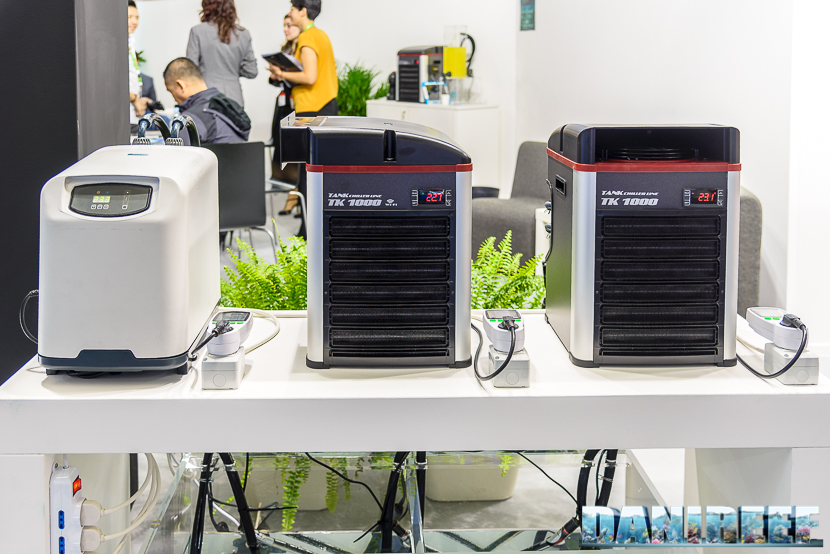 The Teco booth awaited us with a surprise: three chillers in a row to see the differences between their costs.

This was the first thing we noticed at Ravenna’s booth. There were three chillers, one of which I knew very well because I actually have it at home, and reviewed it back in 2010. If you are curious, you can read the review of the TR15 on this page, it is the brother of the TR20 that was on display at the show.

The three chillers, TK 1000 with electronic vent, Tk 1000, and TR20 were connected to the same aquarium, so with the same temperature. After the warm-up, when the chillers were working, you could appreciate the difference in efficiency between them, even if they had (more or less) the same refrigerating capacity.

The bigger difference, as expected, was between the TK brothers and the older series. The COP, in fact, was very different. It switched from a 1.5 to a 2, and then to a 2.2. The COP, Coefficient of Performance, indicates the level of removed heat in a system compared to the work done. 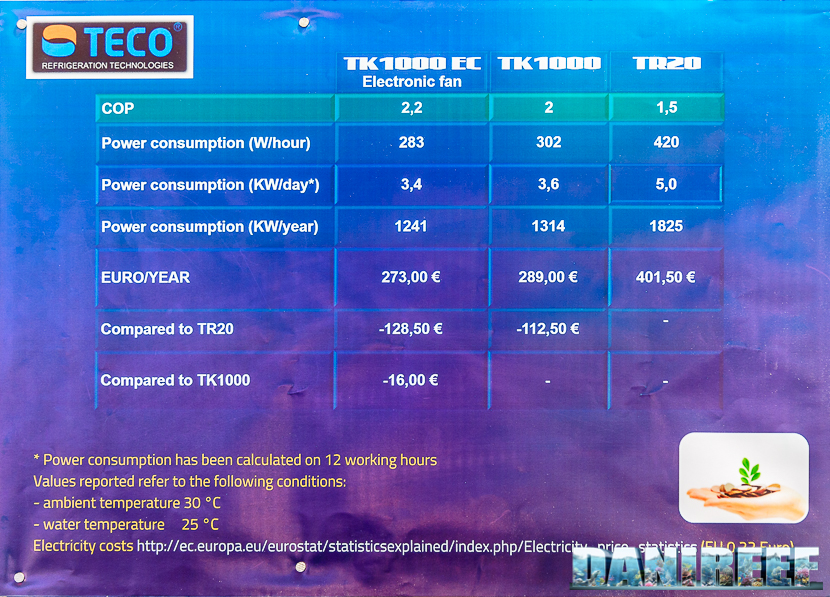 The chart given by Teco was there to illustrate what this means. If you count 12 hours of work at day there’s a saving of 48 kWh a month. And I have to say that the valuations with the energy costs of 0,22 used by Teco are too conservative for Italy. I have personally seen prices of 0,27/0,28 euro per kwh.

Teconnect will connect the chillers to the internet

But the true news of 2018 is Teconnect. A device to be connected to compatible Teco chillers (not the old ones) that through an app allows you to control your own chiller, check on the temperature, and see the different charts of the evolution of the temperature of the aquarium. 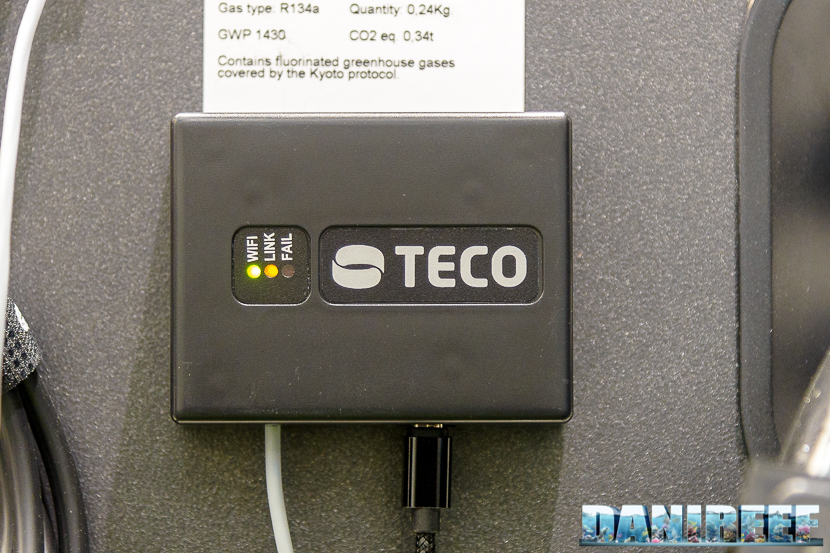 Pictured above is the device to be connected to the chiller. It’s magnetic so it can be attached almost anywhere on the chassis. 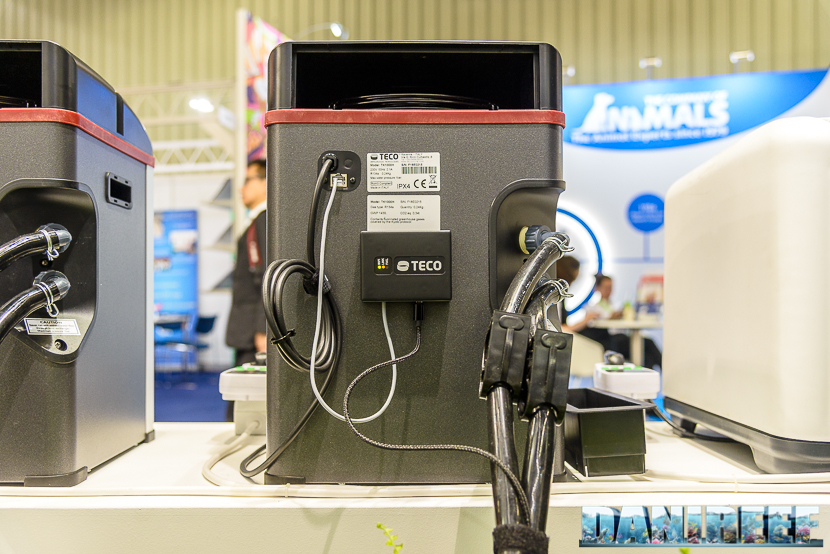 Here you can see how it hooks through a cable to the chiller, and that the lack of this, obviously, doesn’t allow the connection with older chillers.

On our device, it’s possible to see the display of the chiller, which works with the same logic as the chiller itself. In this way the user isn’t confused, and can work with it as if they were physically in front of the chiller.

It’s not truly indispensable but it expands the versatility of the chiller. And I’m sorry that I can’t implement it without changing mine… It’s a feature I would really like to have. 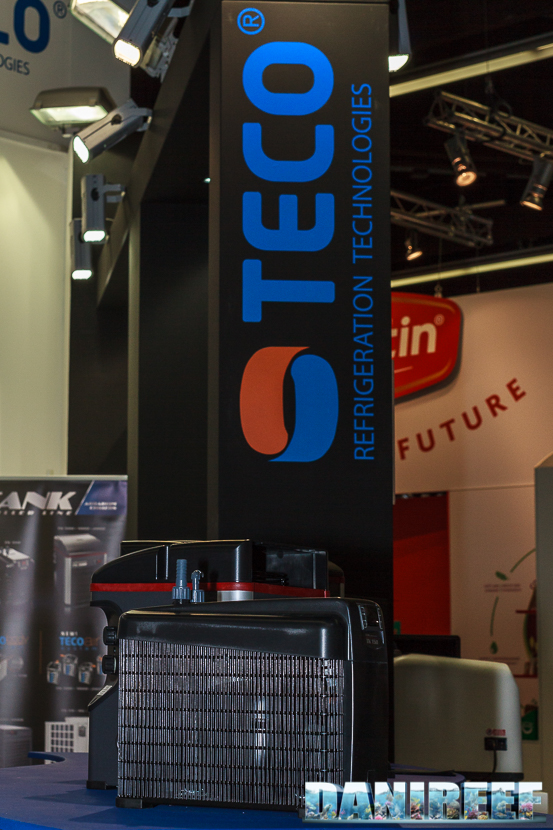 Well, I have the small TK 150 (review) that you can see here below, but for the future I can’t tell…

The booth was particularly wide, and displayed some other important news from Teco. 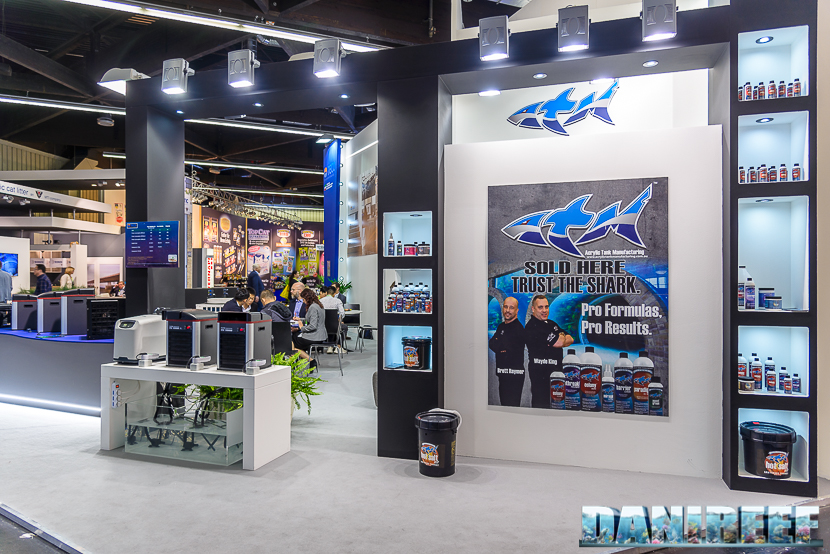 On the background, in fact, it’s possible to see the new factory location where Teco has just moved. It’s at Ravenna, not so far from the old location, but completely new and avant-garde. And it was beautifully advertised in the big booth.

Part of the booth was occupied by ATM, the american producer of which Teco has become the distributor in all of Europe, except for Great Britain, two years ago.

In the last few months, we tested some very different products and (spoiler alert) we like them. 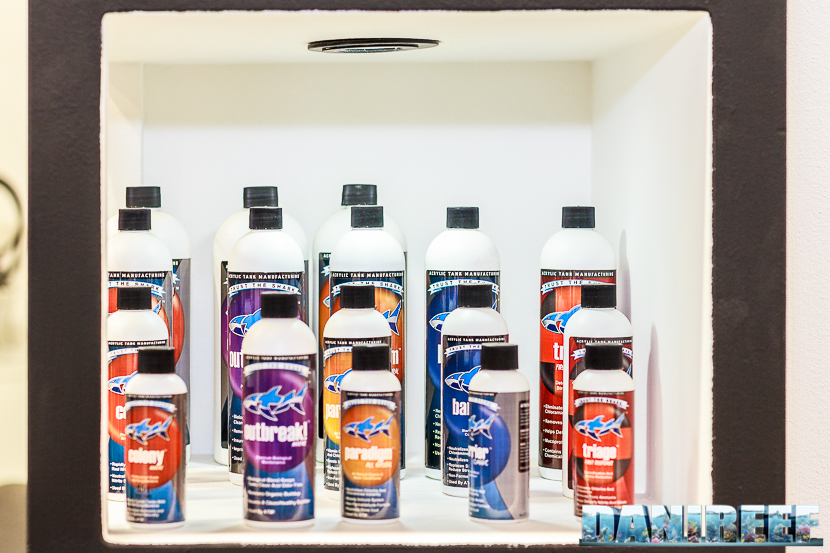 For other information about Teco products and ATM, please visit their official sites. We also invite you to read our Editorial about  Interzoo 2018: 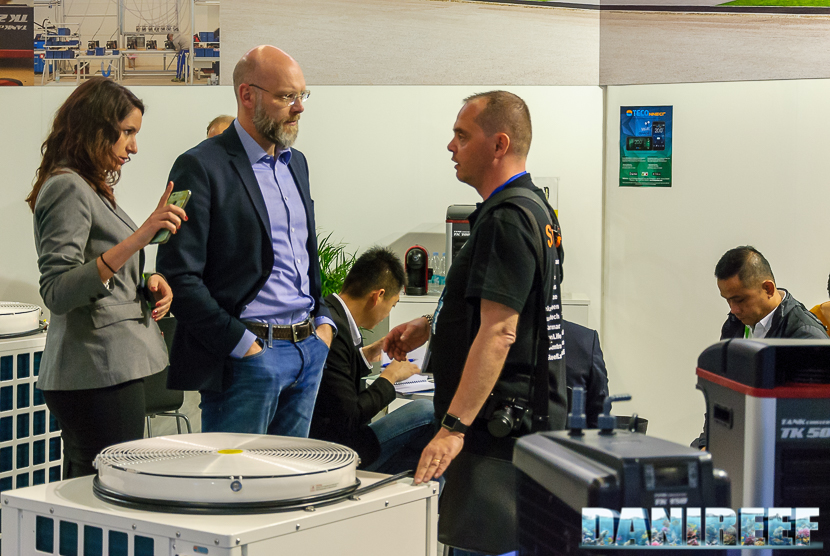