Interzoo 2018: Rossmont with the Riser pump and the Waver revolution 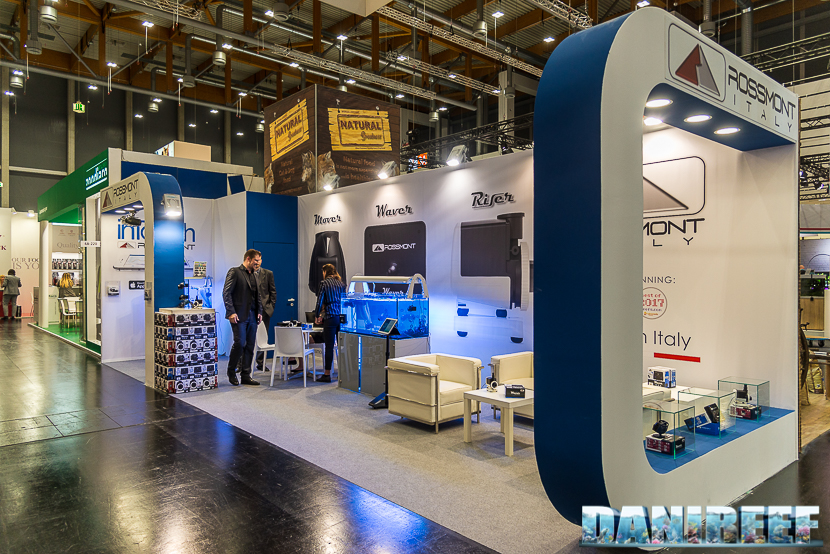 The Rossmont booth is beautiful and unusual, and focused this year on the launch of the new Riser return pump (here’s our preview) and on the release of the App that controls the Waver.

We spoke about the Rossmont Riser pump in our preview, a 220V pump that can be controlled as if it were electronic thanks to the Waver. We have already tested the pump for flow rate, hydraulic head, and consumption, and we were very impressed. And while we are hard at work right now on our reports about the various companies that attendeded Interzoo, we will write about the excellent performances recorded for this pump as soon as we have some time.

The Riser had already been shown at MACNA, so it’s not brand-new, what was showcased at Interzoo concerns the new App.

The web app, which used to be transversale for every kind of device, migrated to the writing of many individual apps for every usable device. Unfortunately, as we heard from Christian and Mattia, the web app development had become unbearable. 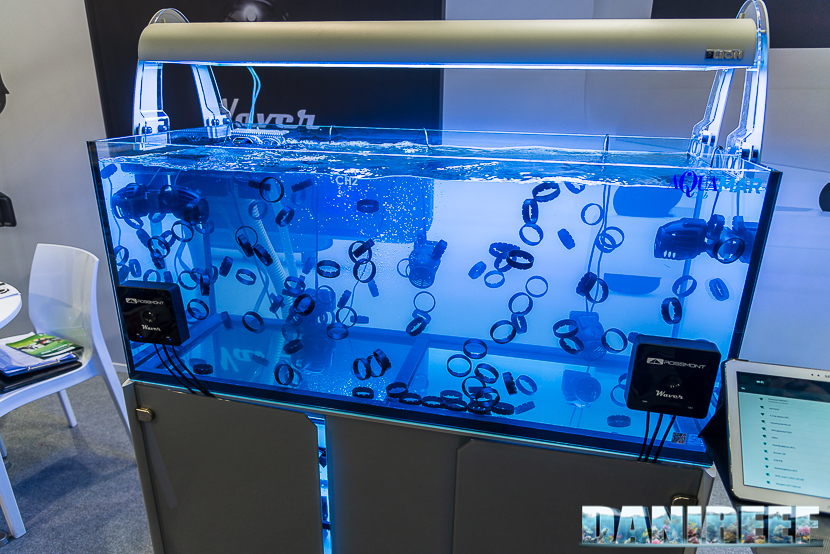 The migration an improvement in every way. The new app, tested on both iOS and Android, is faster, simpler, and more and responsive. We set up Riser and Mover several times with no problem at all (except for the pathetic Wi-Fi at the Nuremberg exhibition). 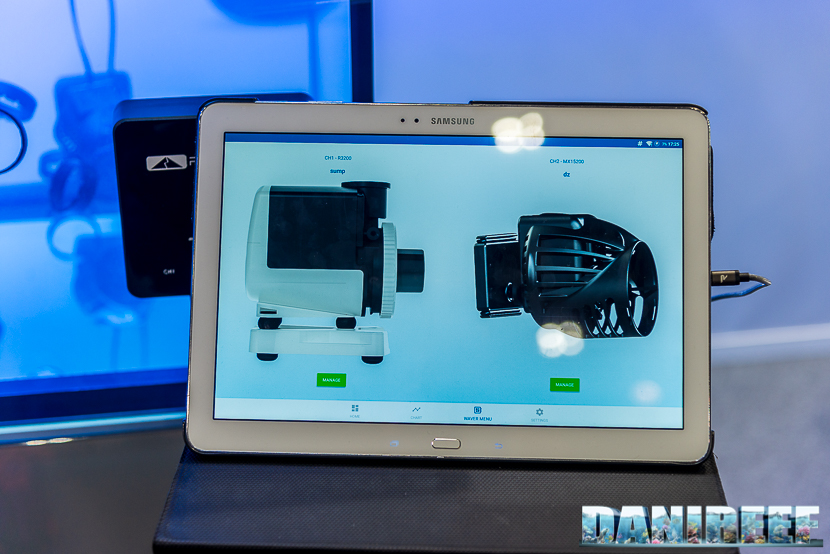 It’s super easy to add the various types of pumps; the system is very intuitive and overall foolproof. 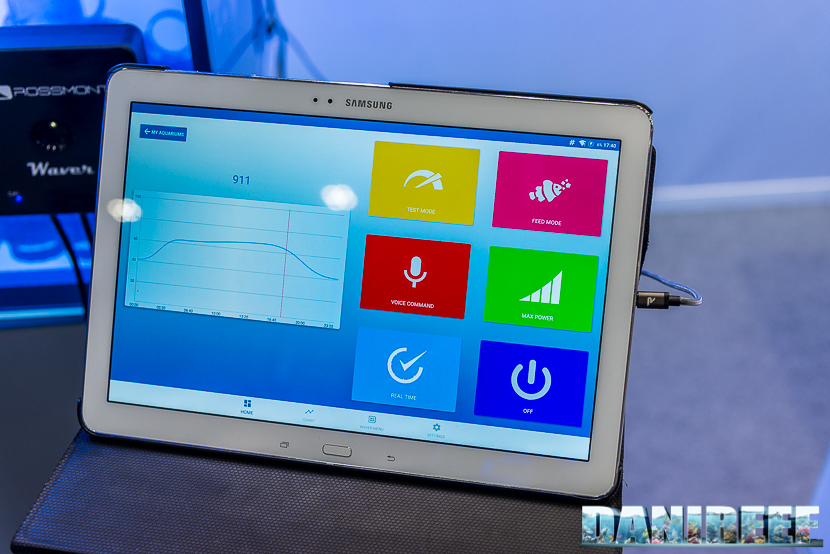 Calibrating the new Riser is extremely easy, just like setting up the various movement flows with the touch panel. Those who are lucky enough to own an Apple watch can also control the pump through it! Awesome. 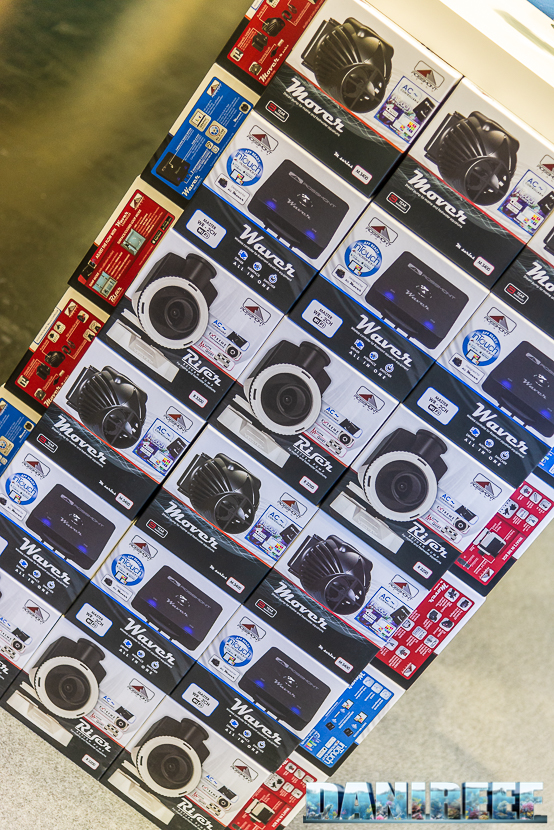 As soon as we got home, I installed the app on my various devices, connected the different pumps I have in my aquarium, and started playing with it. My advice for anyone using it is to switch from the old logic to the new Rossmont inTouch app. 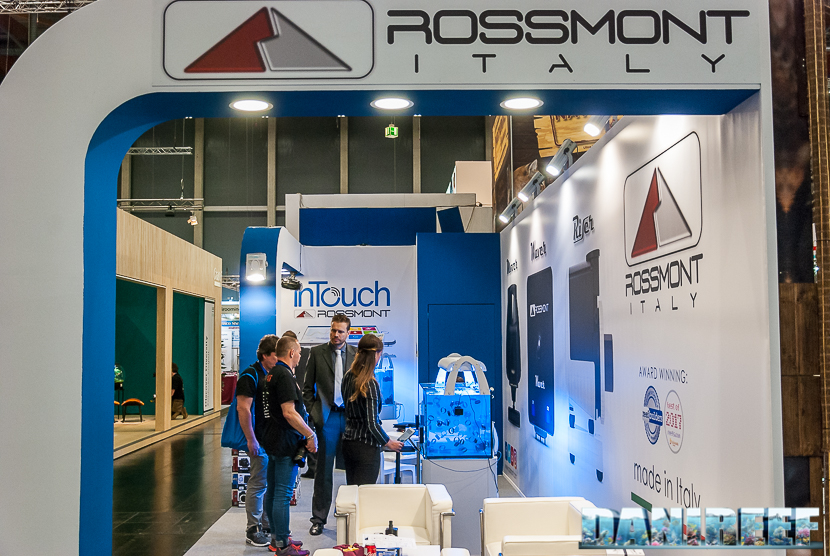 For more information about the Rossmont pumps, check out the official website and we invite you to read our Editorial about the exhibition to learn about our experience at Interzoo and to find links to all of the articles about the booths we have visited and reported on to date: