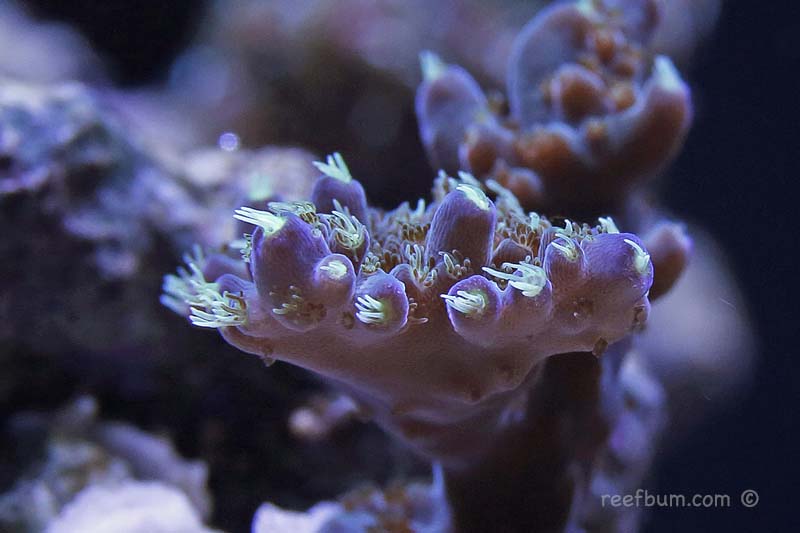 $500 for a frag? Well, today there are a number of frags out there fetching this price but years ago this sort of price point was not as common. An exception was the $500 Efflo.

According to reeffarmers, the original owner of this Acropora efflorescens did not want to part with the coral since it had turned a beautiful purple color under his care. Everything has a price and ultimately it was put up for sale at $500 and purchased in 2004 by Steve Weast, a master reef tank aquarist in Portland, Oregon.