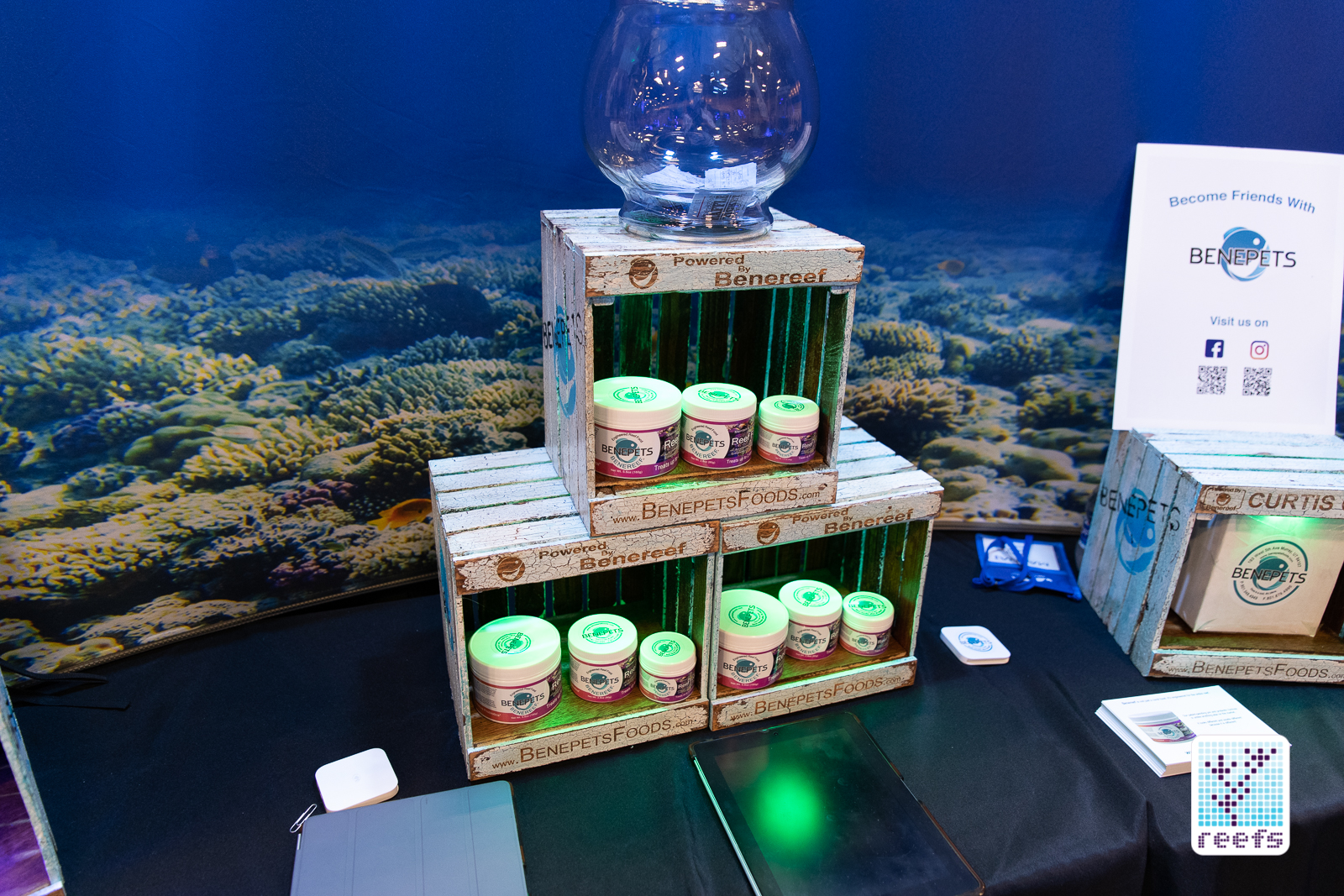 With less than a year on the reefing scene, Benepets has become a sort of overnight sensation, all thanks to their flagship product called Benereef. What put the company in the spotlight wasn’t an extensive advertising campaign or being backed by some giant distributor with limitless resources, but rather a tsunami of positive feedback from reefers using the product in their home aquaria and sharing their findings with the community.

What I like the most about Benereef is that its founders are really cool, down to Earth people, and true hobbyists, who, above everything else, show that they are sincerely grateful to the hobby and people who helped them get to the place they are now. The product speaks for itself- reefers, including myself, report a visible improvement in their reefs’ overall health and the well being of the inhabitants, which only adds to the idea that a probiotic bacteria-rich environment might be the answer to long-term success in keeping demanding corals in captivity. 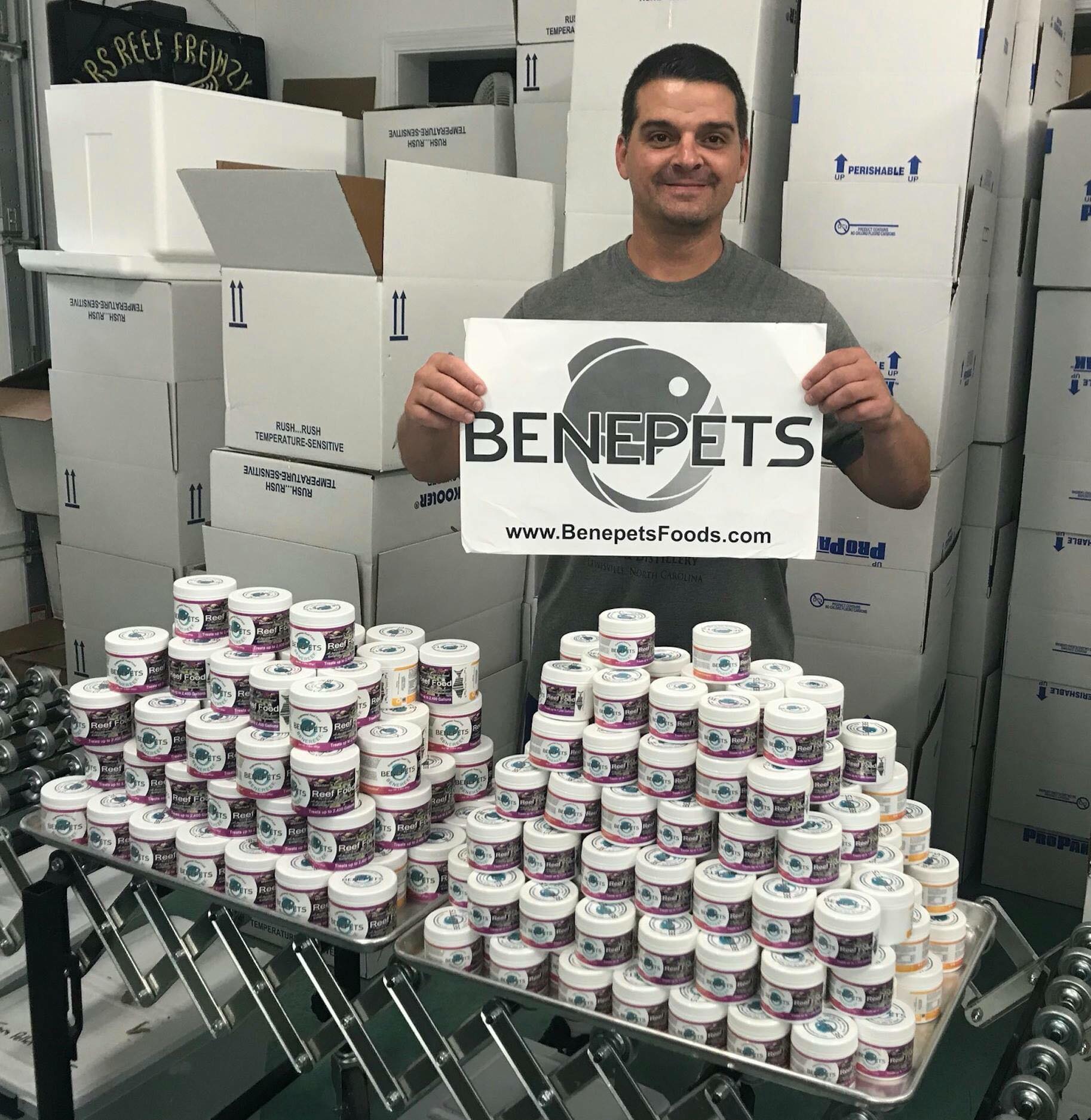 In the most recent news, Benepets has partnered with none other than Mr Larry DuPont to get Benereef distributed by LRS (Larry’s Reef Services), so expect to see jars of Benereef in your local store very soon! The two foods, LRS Reef Frenzy and Benereef, seem like a match made in heaven- when I mix the two and feed my fish with it, they go absolutely crazy for the meal. 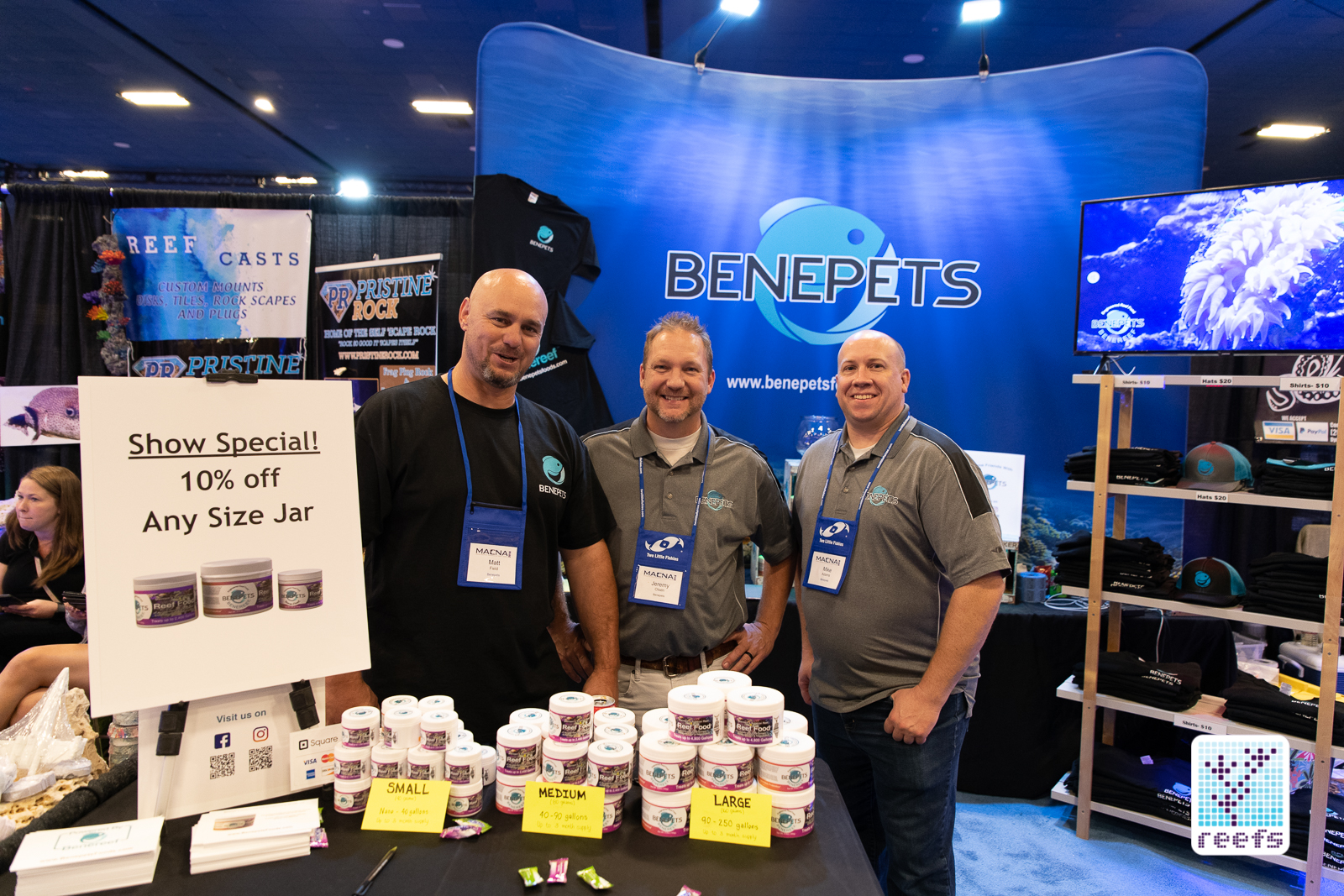 At MACNA 2018 in Las Vegas, I sat down with Jeremy Olsen from Benepets to discuss the company’s success, plans for future, and some of the praises Benereef is receiving from happy hobbyists around the world.

Me: Jeremy, really nice to see you again and I’m very happy for you and the success your company worked so hard for.

Jeremy: Thank you, thank you. It’s great to see you Marcin. Yes, it has been a great experience for us and we cannot be thankful enough for the people who support us.

Me: So tell me briefly, how was the last year for you guys?

Jeremy: It was fantastic. Our flagship product, Benereef, has been picking up quickly and we partnered with several new distributors to carry our food. A lot of stores are using it and even public aquaria are contacting us- Steinhart Aquarium and Mr Rich Ross has been using it and liking it, but also Loveland Living Planet Aquarium in Utah, where we are, reports great results from using it in their saltwater systems.

Me: What is dosing like for a 200,000 gallon reef tank [the size of a Philippine reef tank at Steinhart], a 5-gallon bucket worth of Benereef?

Jeremy: Haha, yeah right? Now I don’t know if Steinhart is using it in their big reef tank, I would certainly like them to, but they are testing it now to determine how often and what quantities to feed their tanks. What’s good about our food is that everything utilizes it, feeds on it. Whatever the corals don’t eat, fish will, whatever fish left behind, the filter feeders- snails, anemones, copepods, they pick on it. 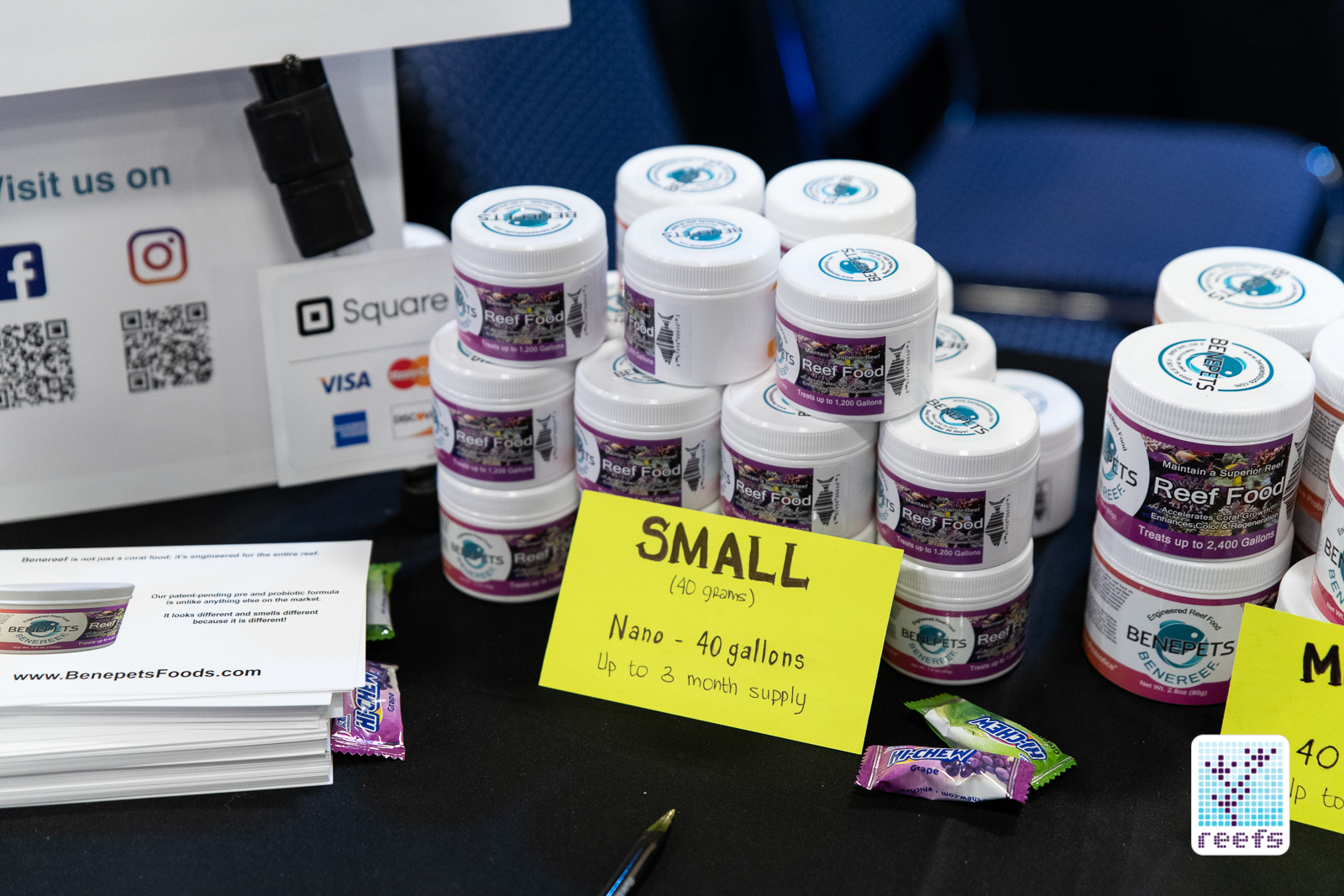 Me: What are your plans for the near future?

Jeremy: There are new products we are currently developing. From the core idea of this probiotic bacteria, we are able to branch off and our first goal is a pellet food. We want to do that for target feeding LPS food and also in an autofeeder, so people can auto feed their tanks at their convenience. Then, we would like to carry it a little further and develop a pellet food for fish, both saltwater and freshwater.

Me: Great, can’t wait for that! Thank you Jeremy and I hope the next year will be even better than this one.

Jeremy: Thank you and thanks to reefs.com for all the support!

Check Benereef out, it is currently available online, and will soon be at your local store as well. It’s a really good product and has my full seal of approval.

See you soon for another episode of MACNA news… 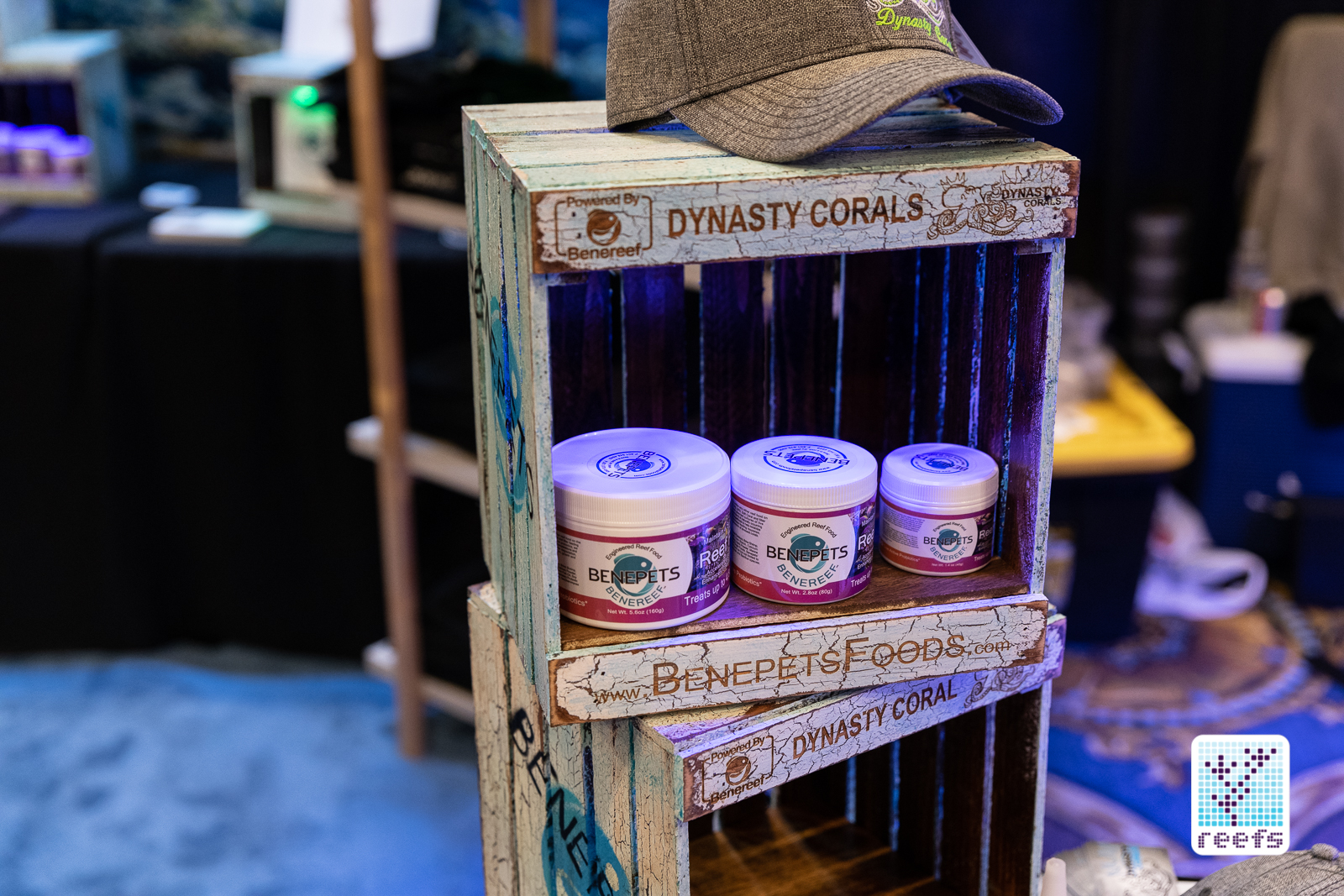 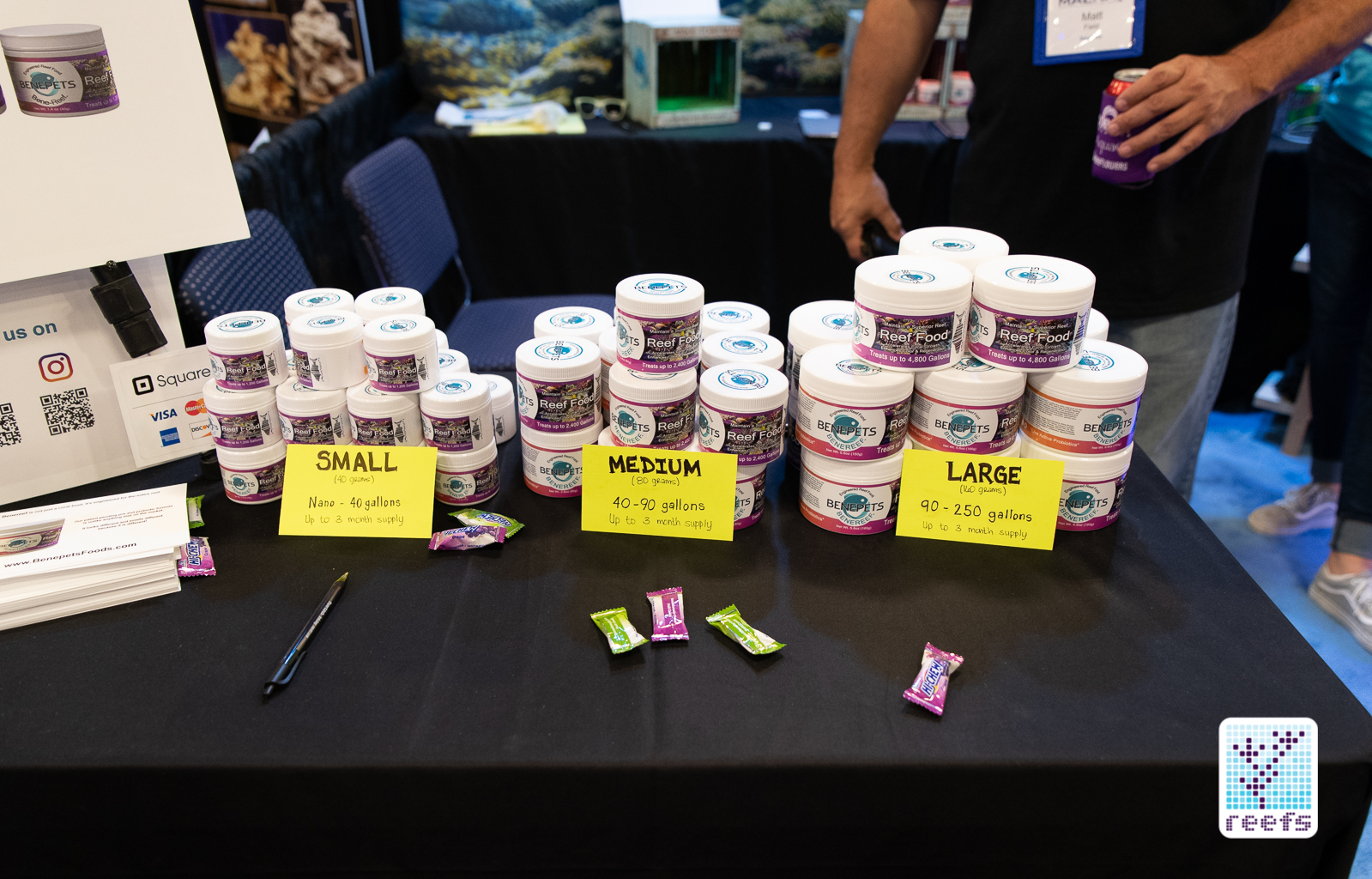 Hypoplectrus liberte, A New And EXTREMELY Rare Hamlet From Haiti