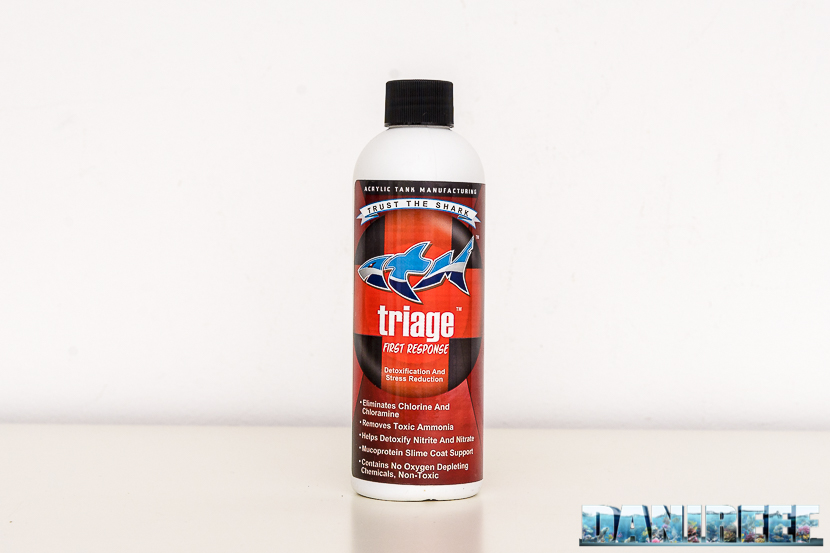 ATM has products available for every problem pertaining to aquariums. Today we’ll be talking about ATM Triage, a very interesting product which can be used to neutralize ammonia and aquarium nitrites, be it fresh or marine water.

ATM‘s philosophy is simple. Strike first, before it harms even more. In this case, we’re talking about ammonia, one of the most toxic compounds for animals kept in aquariums. In case something goes wrong, or a fish dies and you cannot fish it out, and the ammonia level keeps growing, ATM Triage is the right product to use. And this isn’t just hearsay, we could actually test it on an aquarium we know very well. Once the ammonia gets neutralized, Triage will take care of the potential appearance of nitrites, in a selective manner.

What seems interesting, in the explanation ATM offers about the product, is that Triage does not work chemically, and thus does not cause problems for the filter. 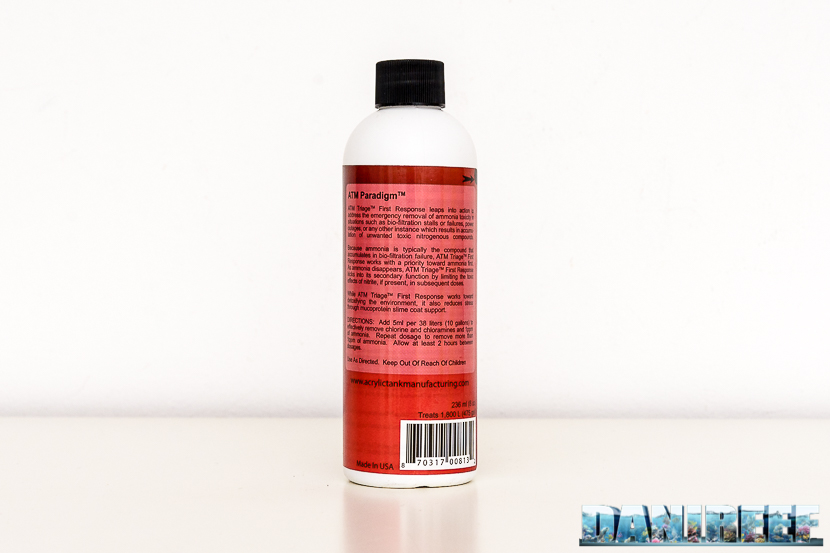 ATM Triage’s instructions for use

ATM Triage is sold in bottles of different quantities:

You can how much more convenient the bigger bottle is. But in this case, since the problem should be extemporaneous, I suggest that you only purchase the necessary quantity for the neutralization of the ammonia. As we said at the beginning, we have used it in a 200 liter aquarium in which a fish had died and the ammonia level had rose up, making problems for the other inhabitants as well, dosed together with ATM Colony (article), it removed the leftover ammonia in a very short time.