Black Footed Clownfish in the Wild

Like every underwater photographer I rely on Clownfish to provide me with almost-guaranteed close ups that magazine photo editors will be pleased with. They’re great for dropping into a spread that features wider images featuring wrecks or divers on a reef. I don’t think many folks laying out a magazine spread are that interested in the particular clownfish species I’ve been shooting, but I know I am, and I hope you are. Here are some shots of Amphiprion nigripes. 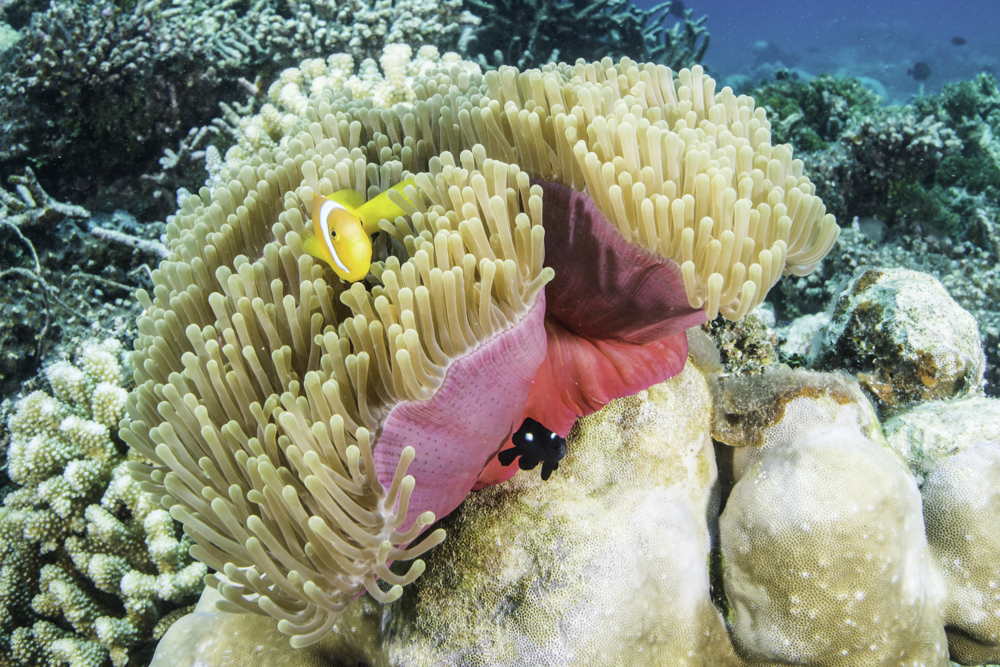 I’ve not shared these shots before, in fact they’d found their way into a rarely used drive, but I’m glad I found ‘em again.
Amphiprion nigripes is a fairly common fish in the Maldivian archipelago and no where else, apart from Sri Lanka. It has a single white bar and rather smart black lower fins. These can be really dark, almost soot black. 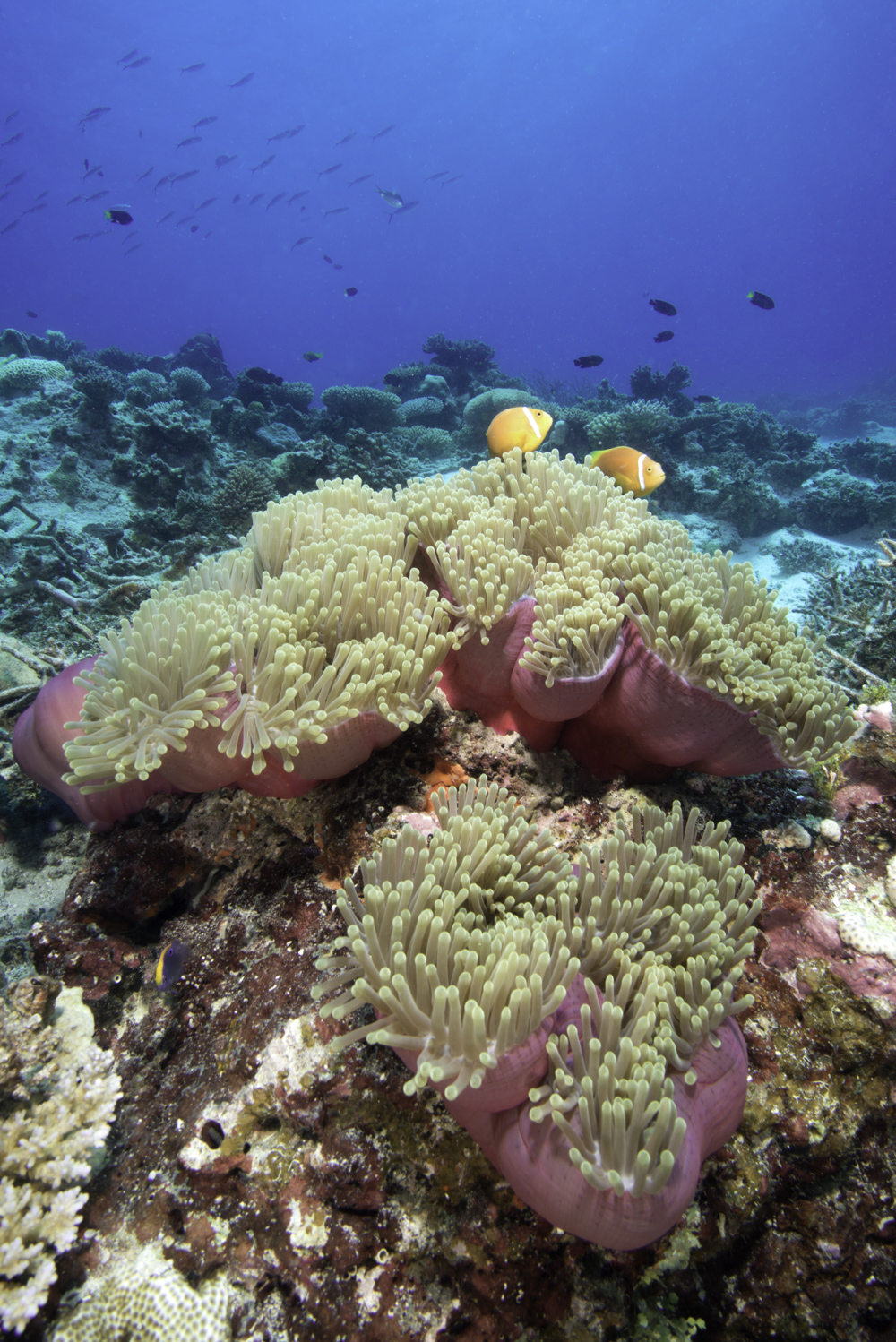 Looks like a juvenile pomacentrus indicus in the lower left

The Blackfoot always hosts in Heteractis magnifica, which can make ID easier for anyone not sure about either.  These ‘nems often form large clusters of related individuals, which doesn’t always make for easy shooting of the clowns.  Unlike many of their kin, A. nigripes can be quite shy, so getting a close up can involve chasing fish around their anemone hosts. 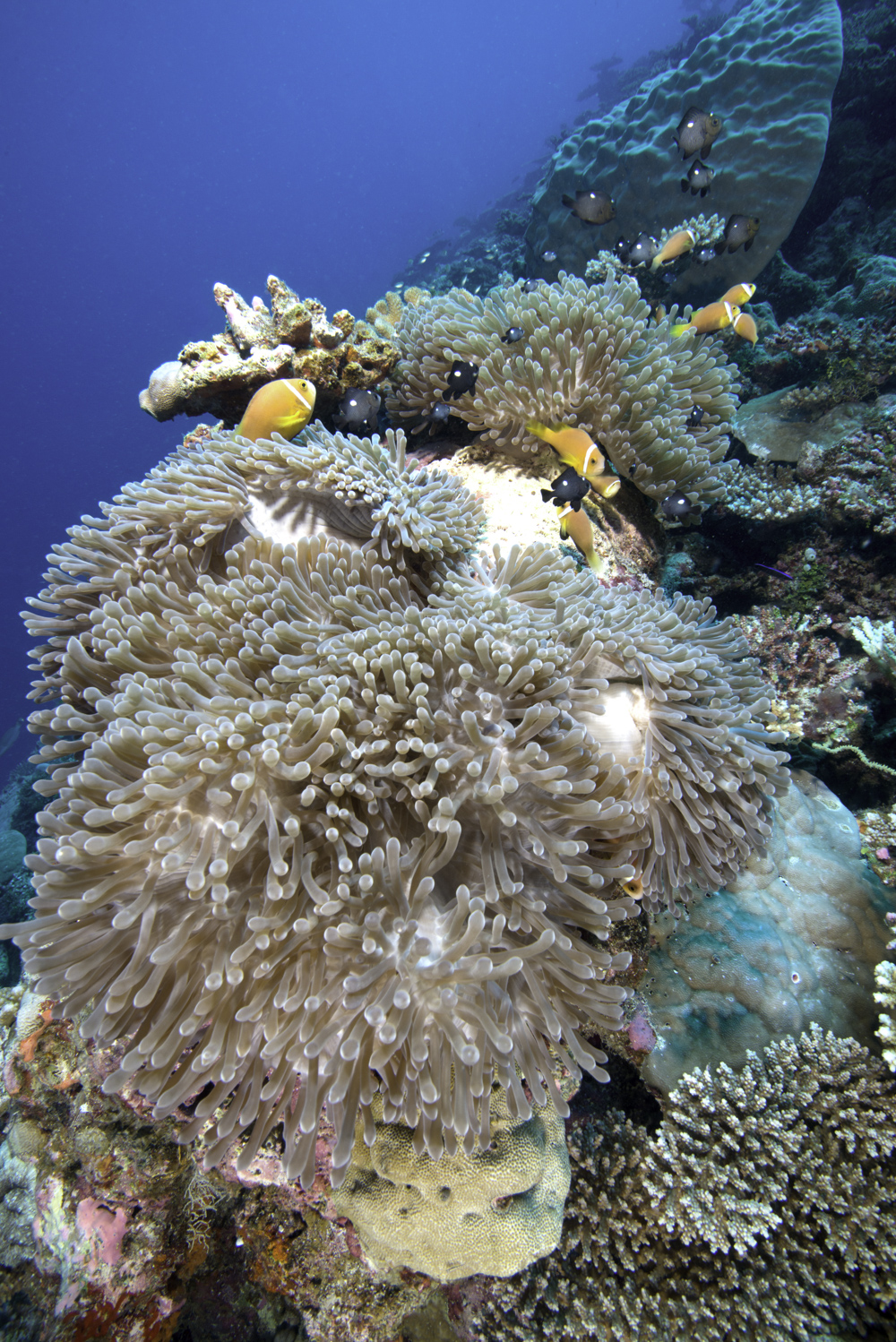 A really nice group in a rather dull anemone. Loads of Domino Damsels