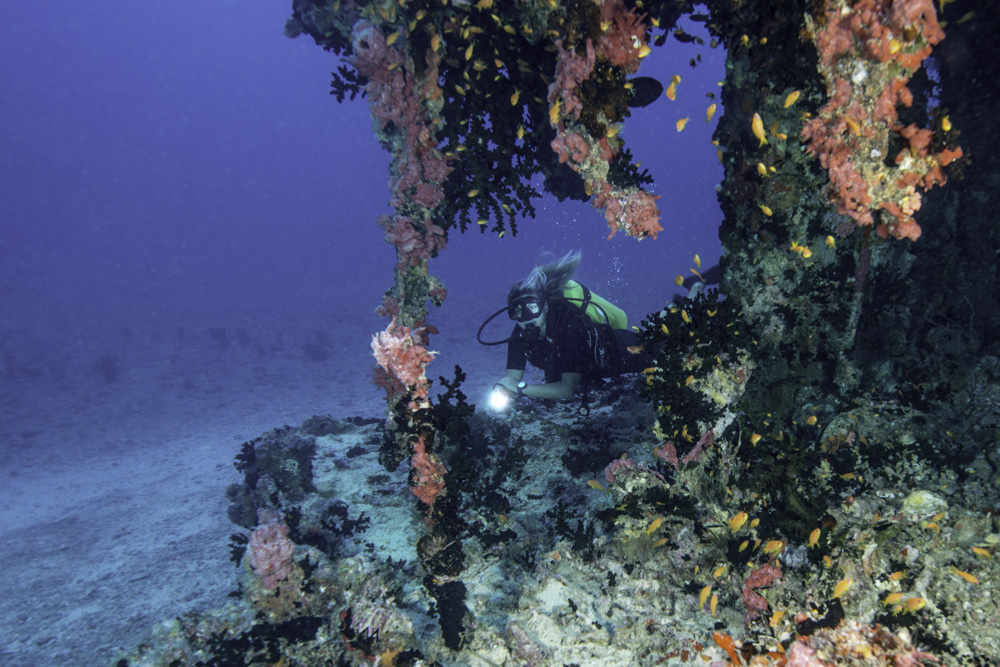 I’ve been thinking a lot about shipwrecks recently and have revisited some photos from a tip to the Maldives a year or so back.  I remembered how rare shipwrecks are in that region, in comparison to some of the busier waterways of the world, which is kind of a shame in a way, as the Maldivian ecosystems seem capable of creating some truly amazing artificial reefs on the scaffolding a shipwreck offers. 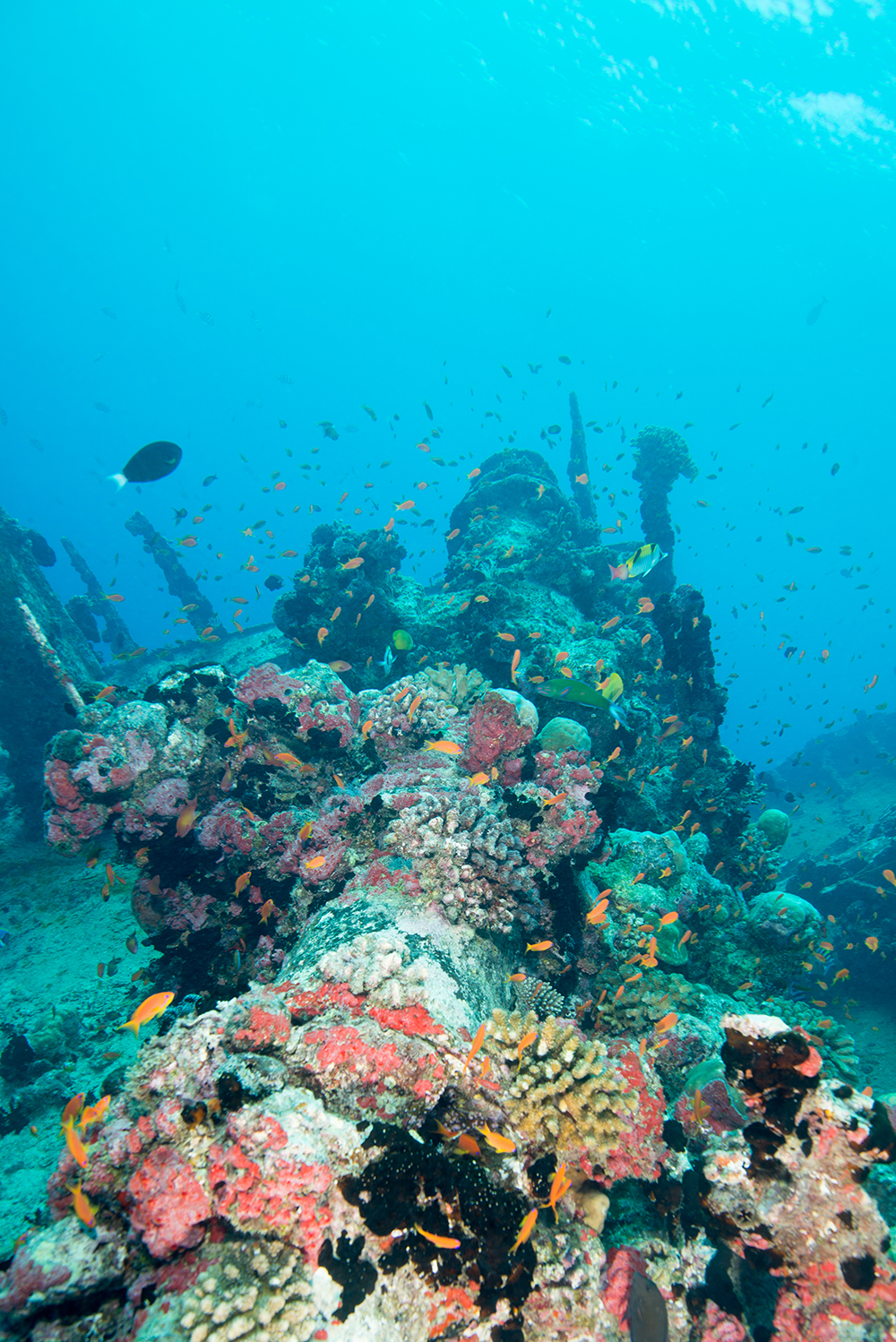 even the deck winch on this wreck is attractive. strong currents on this exposed section seem to favour more robust growth.

These photos come from a shipwreck known locally on the Lhaviyani Atoll as Skipjack 1 and Skipjack 2.  They are actually two tuna fishing boats that were sunk deliberately, one almost on top of the other.  Once discarded, the amazing Maldivian ecosystem did the rest and the superstructure became smothered in hard corals and sponges. 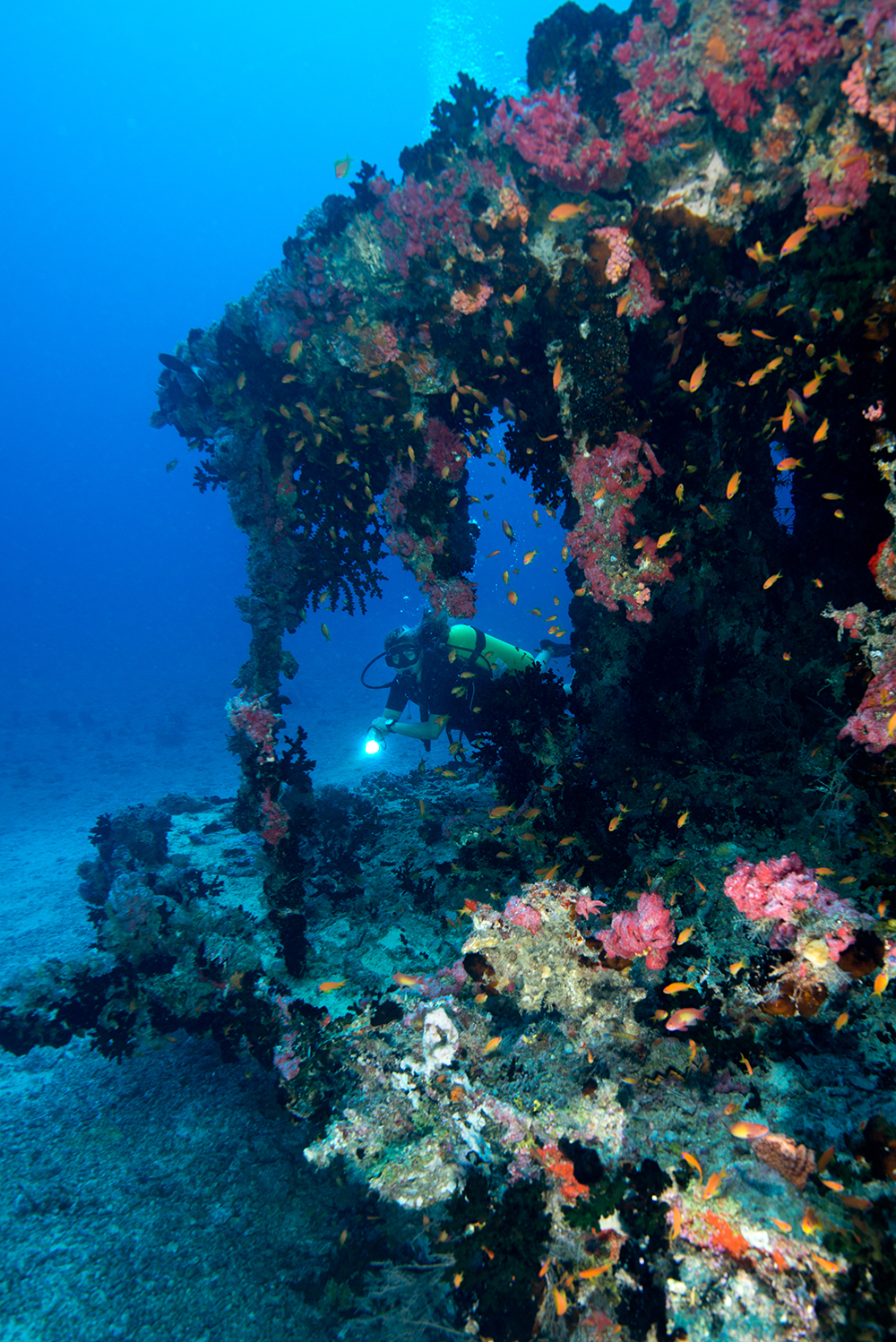 This image shows what remains of the wheelhouse

As you can see the Anthias are doing well here, they are really enjoying the strong currents that make this quite a challenging dive.  You’ve also got to be careful to avoid dropping below thirty meters.  Diving below that limit is banned in the Maldives and if you get into trouble your insurance will be voided.

Of all the corals on this wreck, for me the Tubastraea was the most attractive, growing in huge sprays, showing just how much food was available for the polyps. 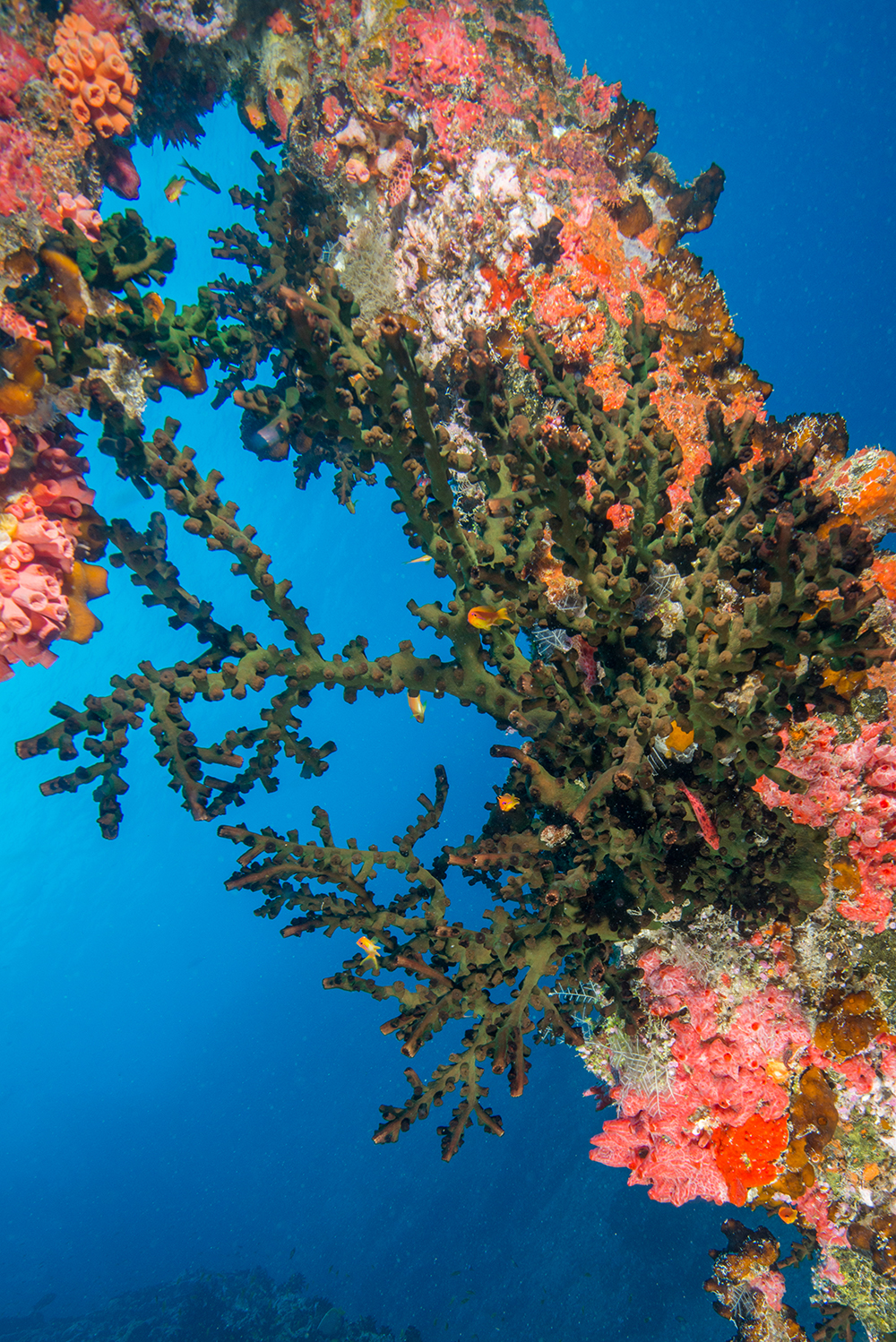 I’ve only just noticed the two Hawkfish in this photo.  They look like Cirrhitichthys oxycephalus, but I could be wrong.  The top one could be the rarer C. aprinus.

I plan to share a few more wrecks, so you can see how they vary between different seas and oceans.

Astraea Snails Spawning all over my Acropora