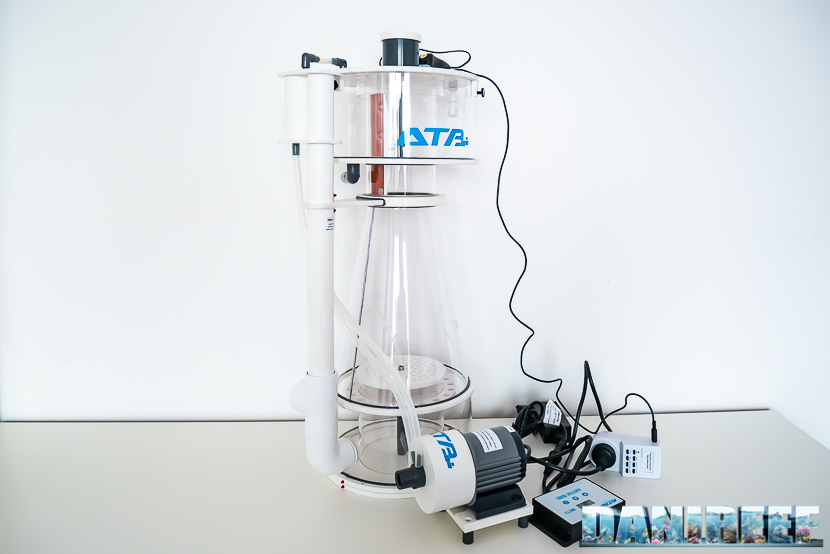 ATB is the acronym for Aquarium Technik Burian, an Austrian company based in the Czech Republic that has been building accessories for marine aquariums since 2001. We decided to test the ATB Medium Skimmer on a 600 liter (160 gal) aquarium that hosts for hard corals and small polyps, in particular Acropora. We decided to equip it with all the possible devices that can be added to this skimmer. So, along with the skimmer itself, we also have: 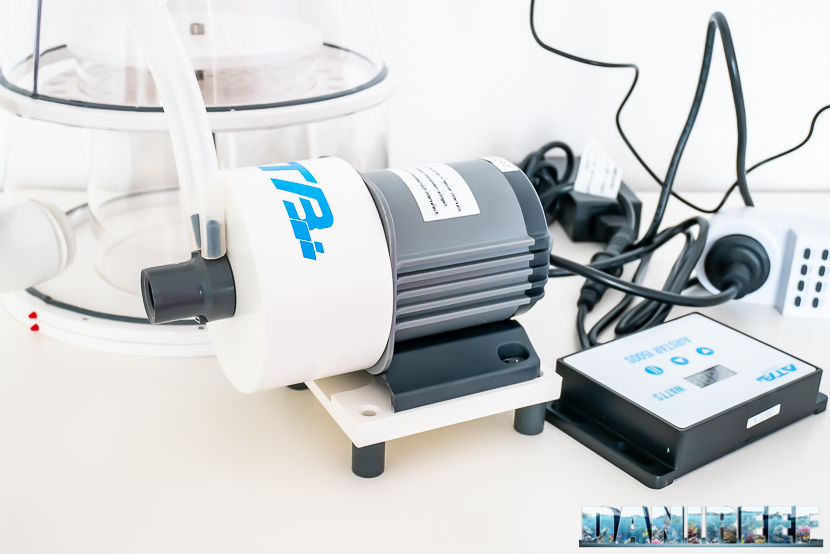 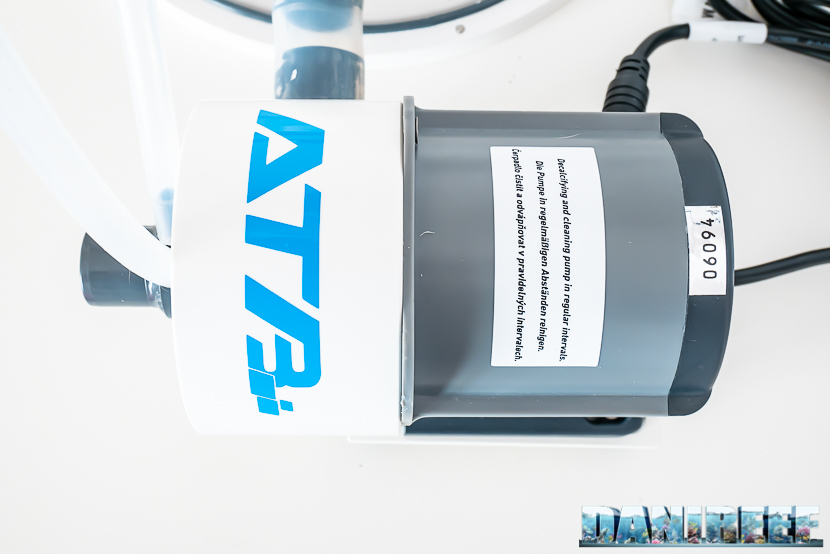 As you can see, we tried both the Airstair DC and the Askoll pumps. The Askoll, according to the technical data, seems to move less water and it’s not DC, so its flow rate is fixed. We tested them in advance, and our first impression is that the Askoll seems to give a better performance, judging by the volume of the bubbles in the body of the skimmer. But if you want more precise details, you have to wait for our complete review in a few months. 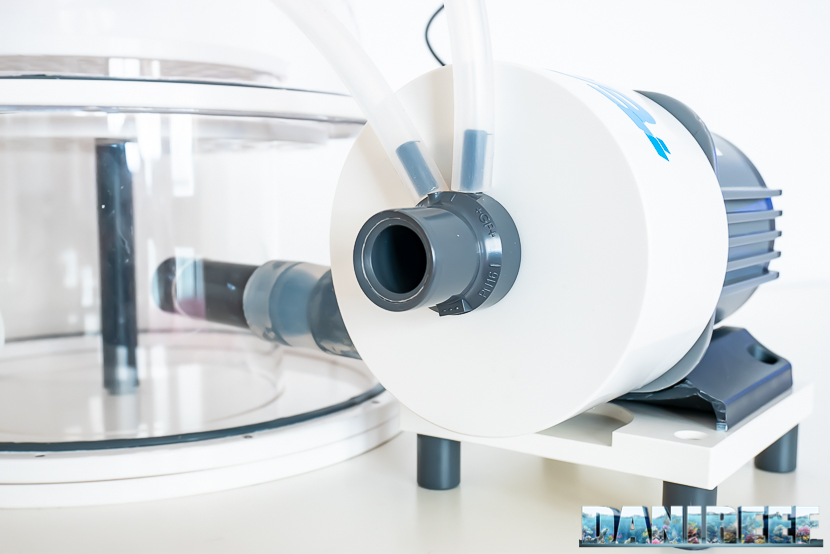 The tank has a volume of 600 liters, as we said, and here below you can see a short video on it from a few months ago. Consider that the aquarium measures 150x80x50(h) cm. https://www.youtube.com/watch?v=0946zux9N2I The skimmer has an external pump, which leaves much more room for the bubbles inside the body; it’s made for a system that hosts and breeds very demanding corals.

Besides the choice of the two pumps, the ATB Medium Size skimmer gives you the option to have an overflow system. 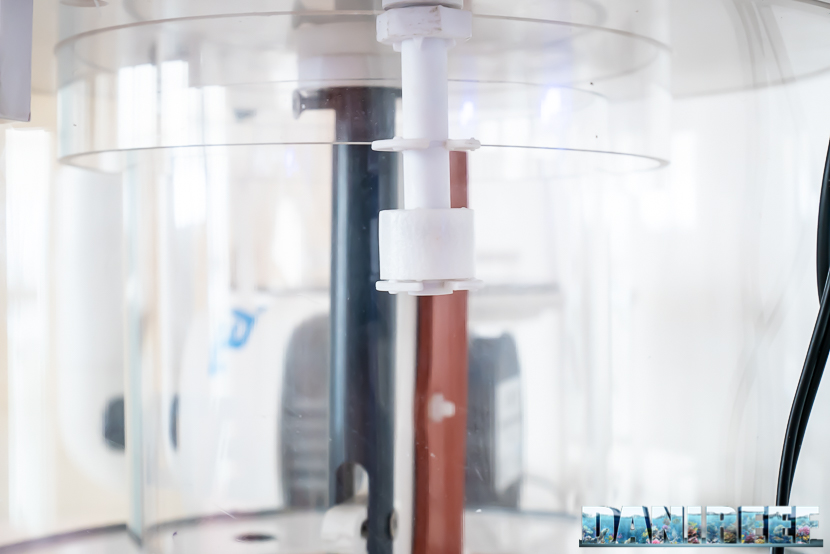 Above, you can see the float that interrupts the skimming pump if it’s taken by the skim. 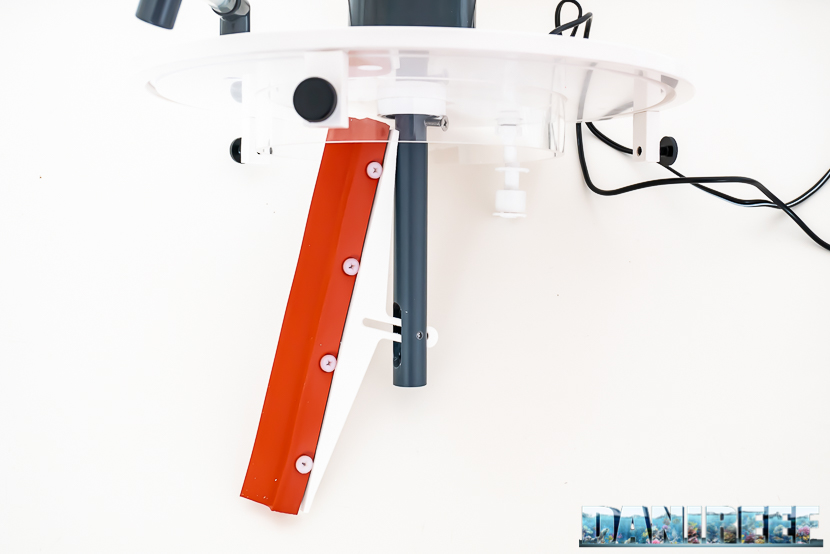 And here above you can see the cleaning system inside the neck of the motorized glass. What do you think? Do you like it?