Nitrate Plus: Nnitrates for Coral Aquariums 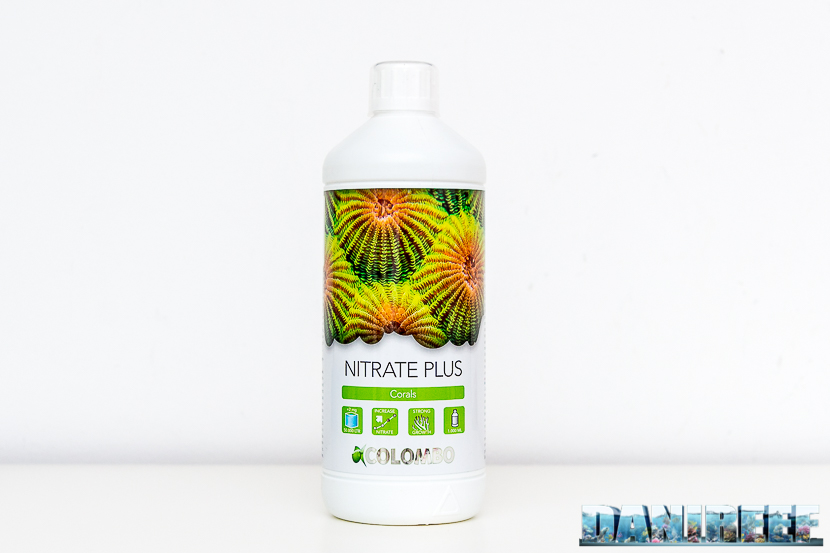 Nitrate Plus is a new coral aquarium supplement for more advanced users by Colombo; it is paired with its counterpart, Phosphate Plus, which we presented a few weeks ago (the article). One problem that aquarists often face is keeping the nitrates at a value close to zero, in order to obtain oligotrophic conditions in the aquarium so that the algae can’t prosper. Improvments in the hobby have led to many advanced devices being developed and used, like lights, pumps, skimmers, and so on, which means that the aquarium also improves; it can have a nitrate content, even if it’s not detectable. This is particularly true nowadays, with maintenance techniques almost oversized compared to real needs. And this is a problem. The Zooxanthellae, the symbiont algae living on the surface of the corals in a mutual survival relationship, need nitrates to survive (as well as a low percentage of phosphates). From the biological point of view the zooxanthellae can be considered similar to plants: they also need light to survive, as well as water and food, represented by nitrates and phophates.

There are cases in which the nitrates are not only undetected by tests, but aren’t in the aquarium at all. Concerning this, I recommend reading this article, which outlines the reasons why you can find low levels of nitrates and phosphates in aquarium while actually having quite a bit. In fact, even with a bioavailable source of nutrients, usually due to a high number of fish, they are quickly absorbed by the algae. So they aren’t detectable, but present. This product is ideal if you want to add a manageable source of nitrates.

In this case we’re helped by Colombo Nitrate Plus, a bioavailable and manageable source of nitrates. The level of nitrates to keep in a marine aquarium has to be, in the absence of algae, between 0.1 and 0.2 mg/l. But remember that these values are in complete absence of algae, otherwise the final result will be off. The package is 1 liter and costs 20,65 euro ($22.75 USD). [Translated by Agnese Poggi]