Why Do Underwater Photographers Use Huge Flash Guns?

By Richard Aspinall 12 months ago 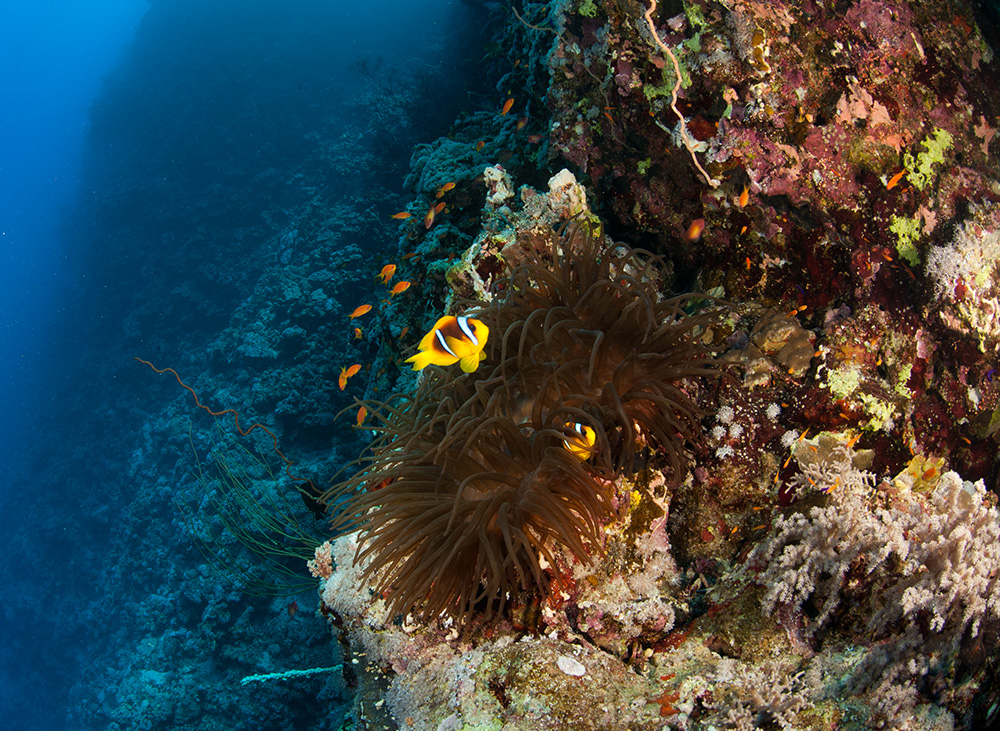 You’d think that a tropical reef would get all the light you need for photography?  Nope, not really.  Here are some shots to show you why.

Artificial lights on aquaria are superb and replicate full spectrum daylight; in fact they create the look of just about any wild reef, as you’d expect.  But on a wild reef, below say five meters, you can really tell that certain wavelengths of light are missing.  Not something that is typically observable in home aquaria. To overcome this and to bring out the colors of reefs below a few meters, artificial light is required, and to get the best images, you need an awful lot of it.

Take the main image as an example; the flood of light from my flash guns (usually called strobes in underwater photography circles) has lit the part of the reef nearest to me, but you can see that at this depth, blues and greys would be the norm and those clowns would be very drab. 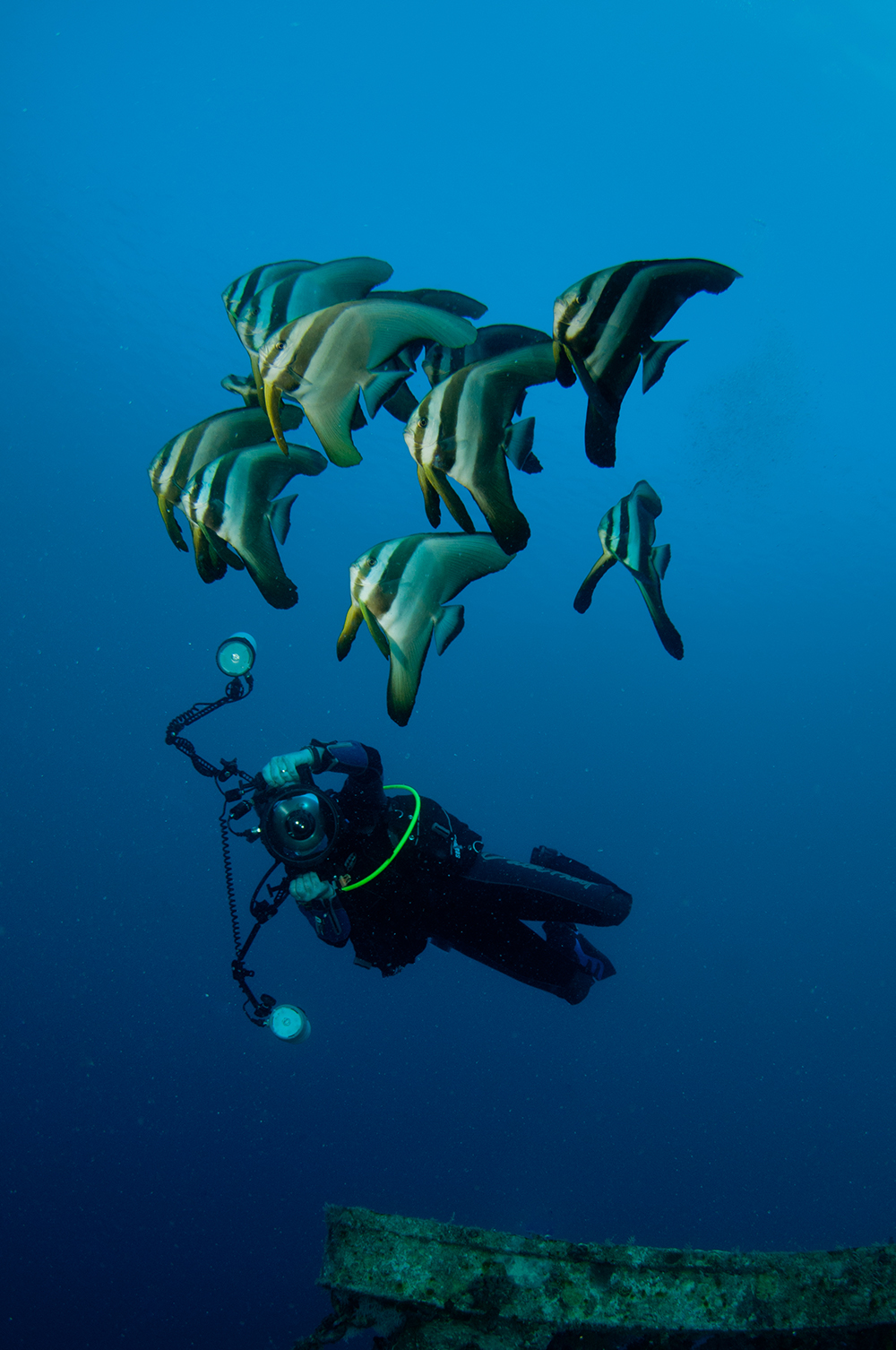 My strobes are held out at arm’s length, away from the lens, to try to minimize light reflected back from particulates in the water between me and the subject. The aim is to shed light only on the subject to minimize what is termed ‘backscatter’

Without strobes, underwater images are flat and lifeless and the splendor that our eyes and brain remembers is rarely captured without it.  In the two images below you can see the exact same scene with and without the strobes firing. 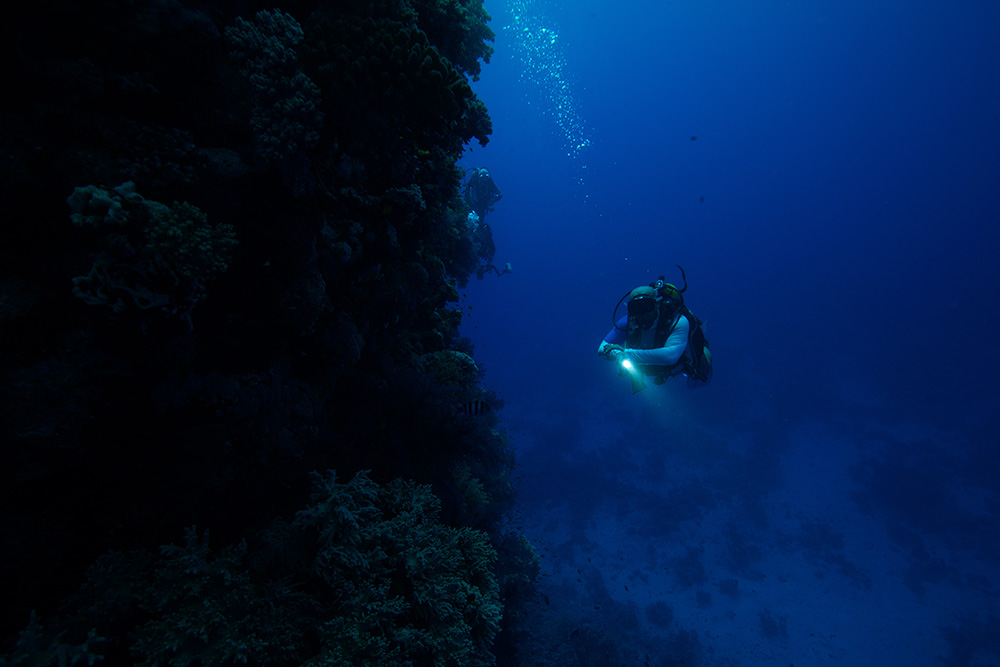 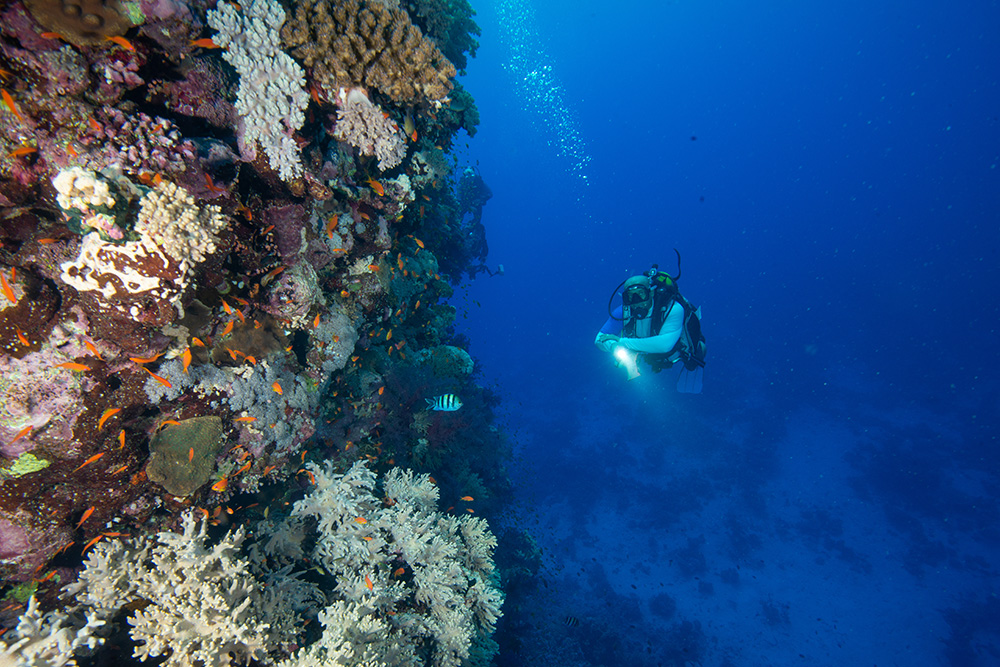 Admittedly the top image is underexposed, but even if it wasn’t, the colors would have been dreadful.  I think you get the picture.

Sometimes of course the available light is just in the wrong place, a reef running north-south will have one flank that is dull in the morning and one that is dull in the late afternoon.  The shot below was taken at sunset, and you can just see the sun’s glow (minus the red of course). 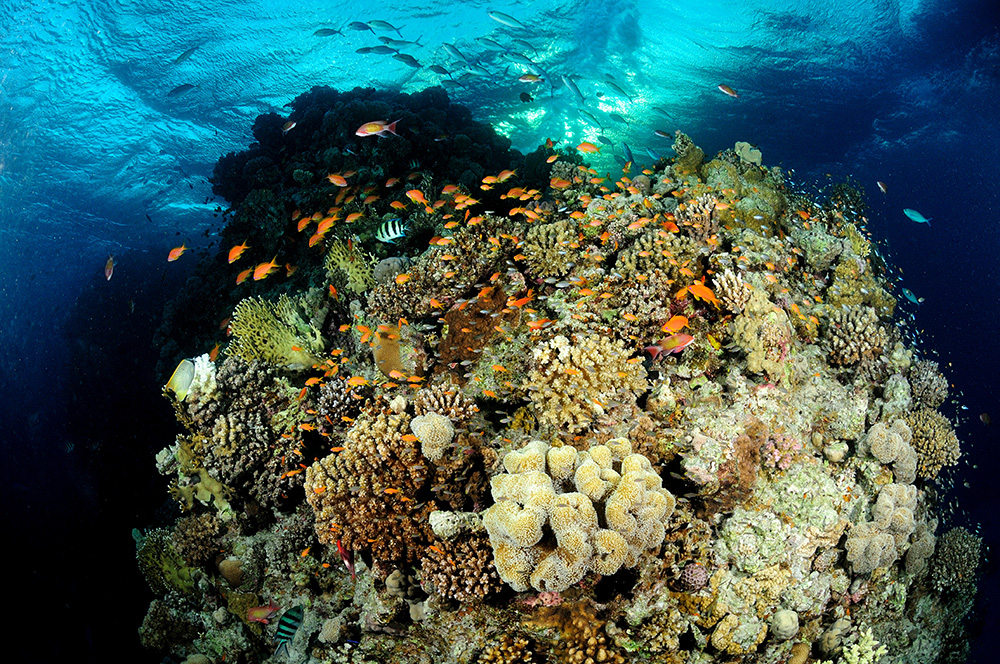