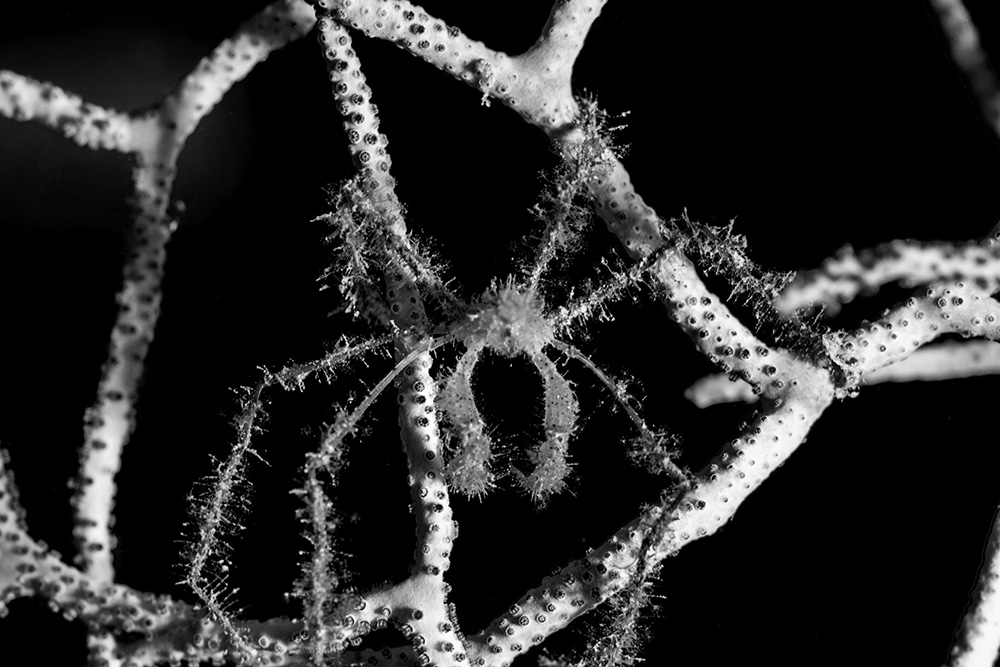 I’ve mentioned in previous posts that monochrome imagery in my field is not particularly common and I hope, by sharing a few images and my choices in adjustments, I’ve shown that it can be useful and aesthetically pleasing.  So, here are a few more pics to further illustrate my point.

The main image (above) shows a species of porcelain crab feeding during the night.  These animals climb into corals located in strong current flow and ‘fish’ for plankton.  As you can see, the crab is covered in hair-like projections and a good covering of hydroids.  In behavior that has only recently been reported in the journals, researchers have shown that the crabs use the hydroids to catch food items, which the crabs then remove from the hydroids and eat. 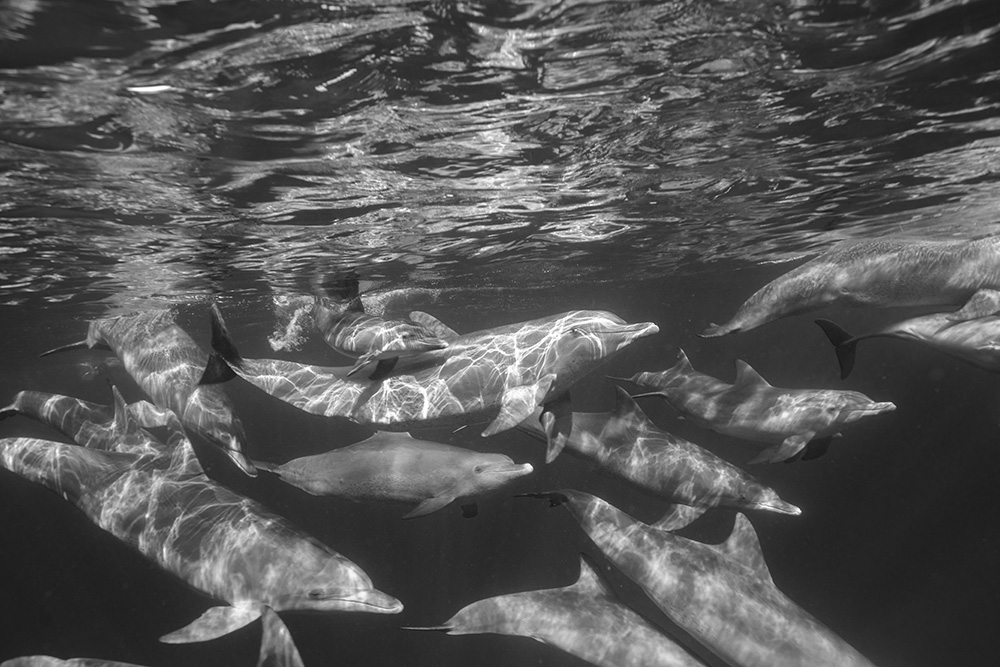 This shot of Bottlenose Dolphin allowed me to have a real exploration of Photoshop’s capabilities.  By varying the color levels prior to black and white conversion I could darken the sea and enhance the detail on the dolphins, thus dealing with a shot that was taken in relatively murky waters.

Some images like this one of a lionfish hunting near some featherstars lend themselves to black and white conversion.  The details and patterns of the subject create strong and contrasting features.  Here, I varied the yellow and red channels to increase the contrast on the fish’s flanks. 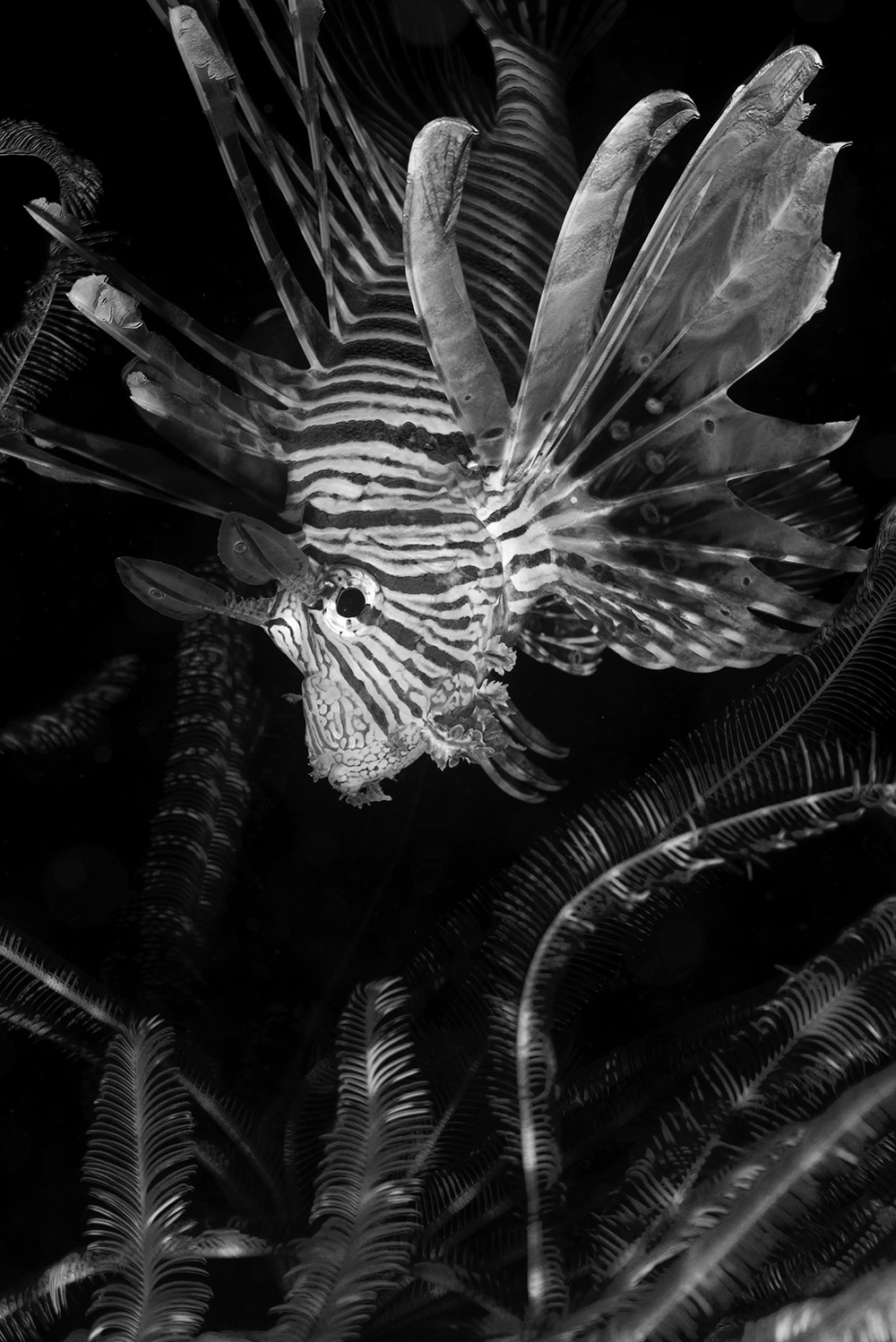 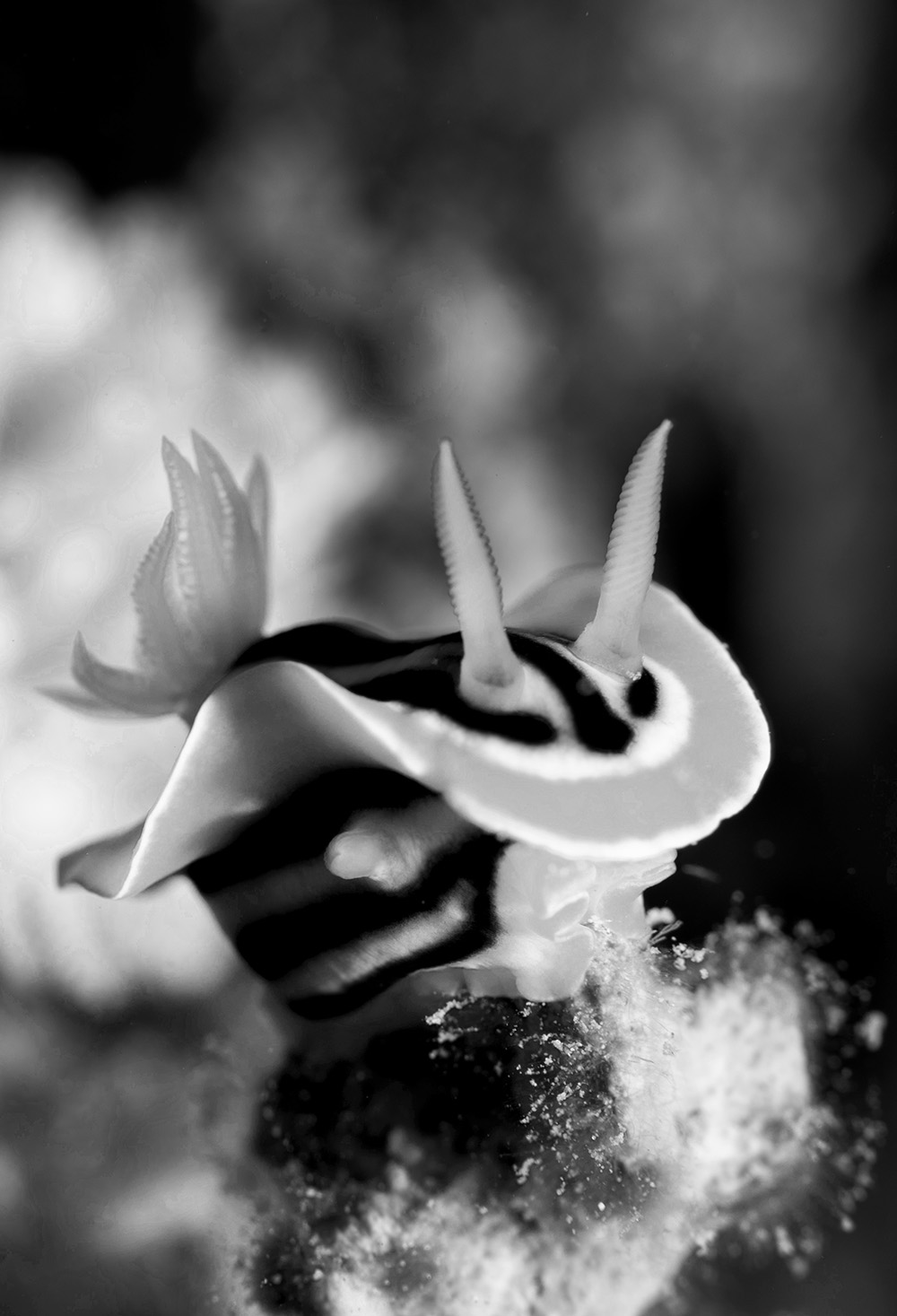 My final image shows a diver posing close to a rather nice Anella gorgonian.  The diver with her torch adds an extra feature to the frame and using black and white allows the detail of the gorgonian to be brought to the fore. 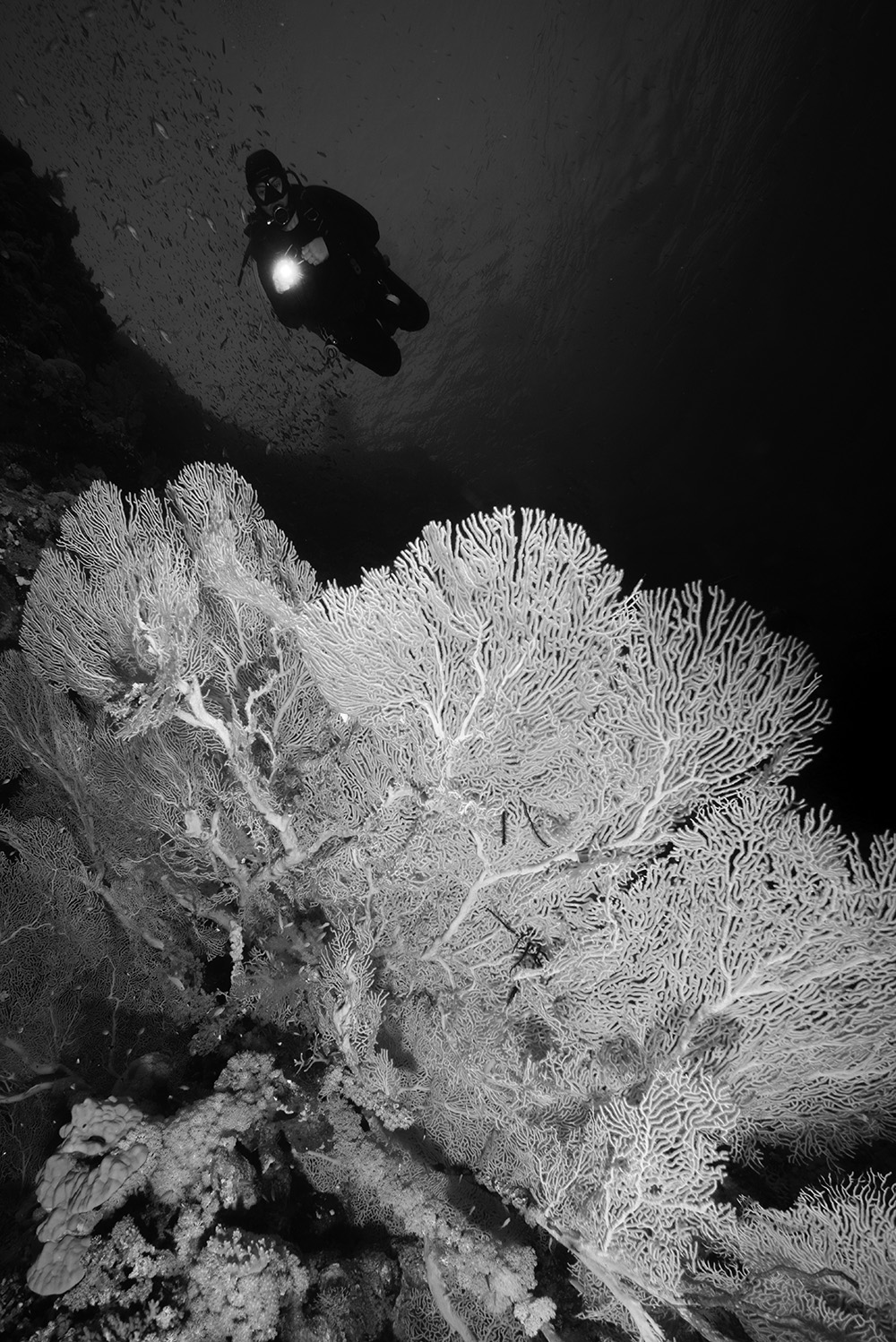 Ecotech Marine and Others Shut Down Amid the Coronavirus