An Encounter With the Yellowbar Angelfish 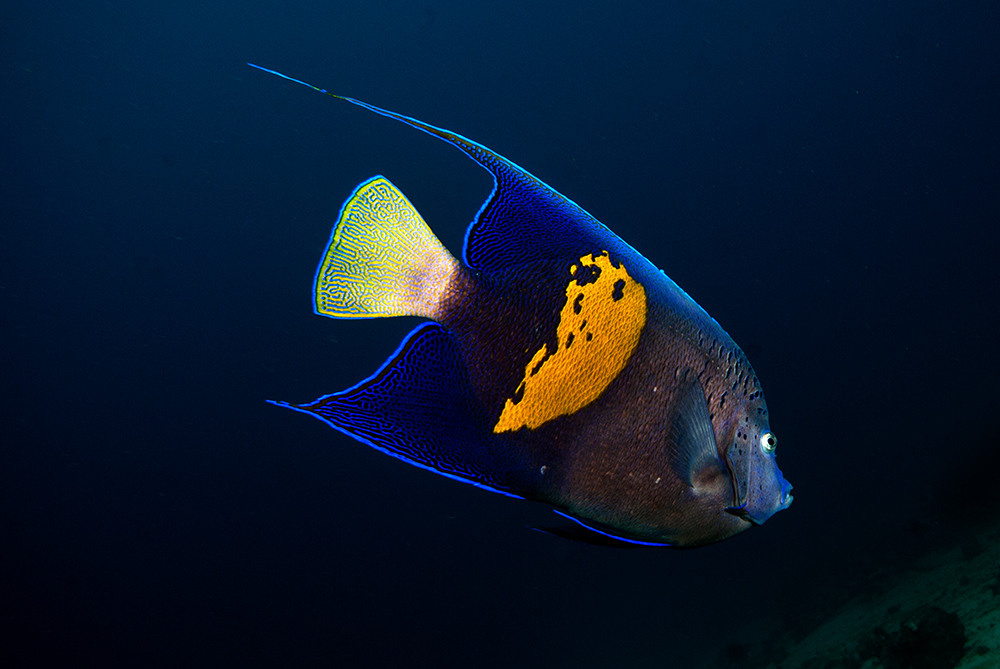 Large pomacanthids are characterful, seemingly intelligent and, in my experience, superbly able to avoid underwater photographers, so it was a great day when I managed to spend a few minutes with these two fish.

I was diving on a shipwreck in the northern Red Sea, a Greek registered vessel called the Giannis D, which ran into a reef in the Sha’ab Abu Nuhas region in 1983.  She’s a great wreck and enjoyed by experts and novices alike; her popularity has made the local fish life a little less skittish perhaps. 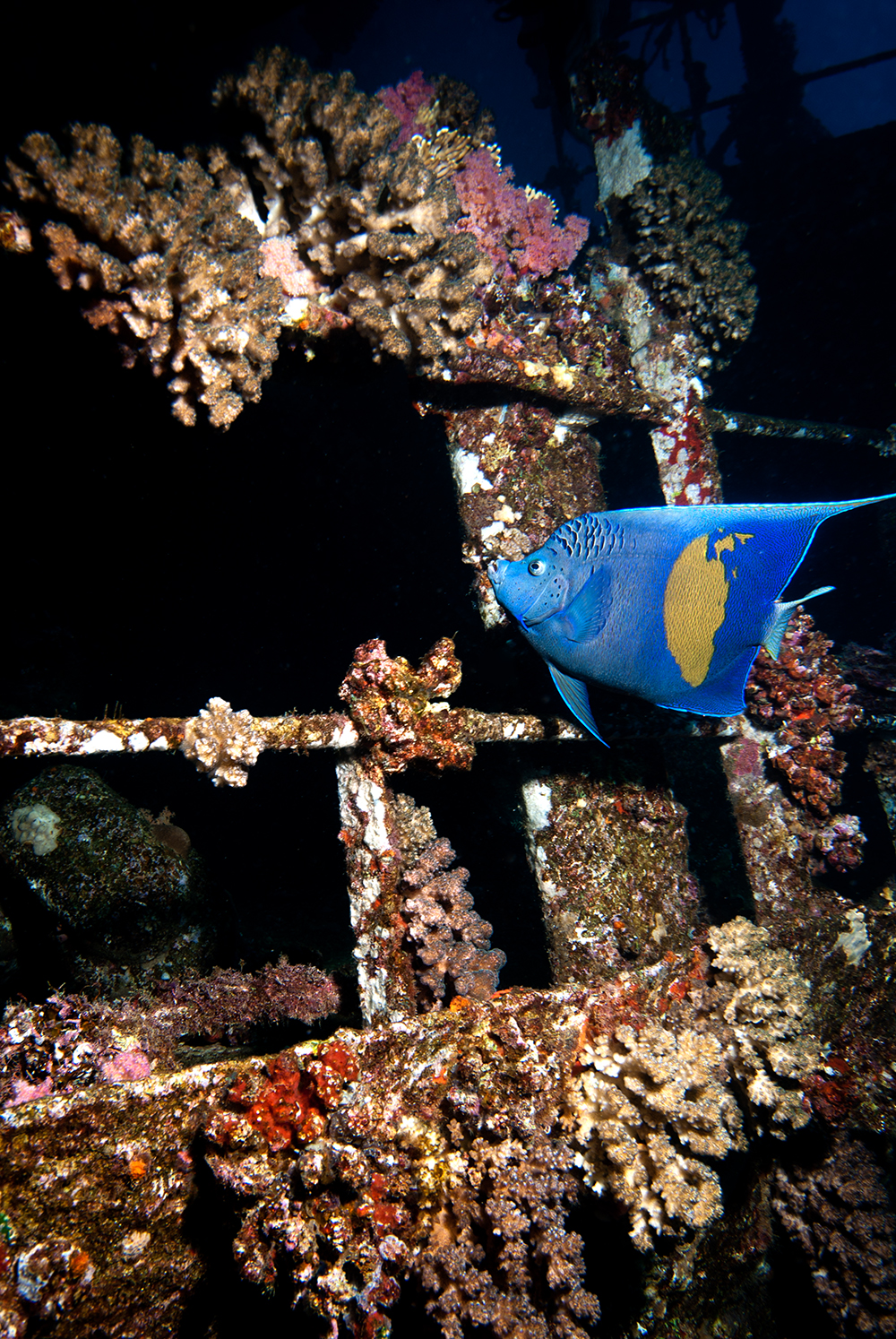 A companionway on the ship’s starboard side

Large angels, in my experience, are very aware of the world around them and conscious of every potential threat, so when someone like me tries to follow one around, they usually scarper pretty quickly.  This fish allowed me to stay with it as it picked at sponges and algae growing on the ship’s hull.

The Yellowbar Angel (Pomacanthus maculosos) is aptly named.  It is one of the largest of its kind and grows to 50cm.  It is a relatively common species, being widespread from the Red Sea to the Seychelles, though you rarely see more than one (or a pair) per dive.  I have a pet theory that the yellow blotch is unique to each fish, but I’ve never been able to put this to the test.

I did see another Yellowbar, later the same day – my luck was in – so you can see how different the yellow blotch is 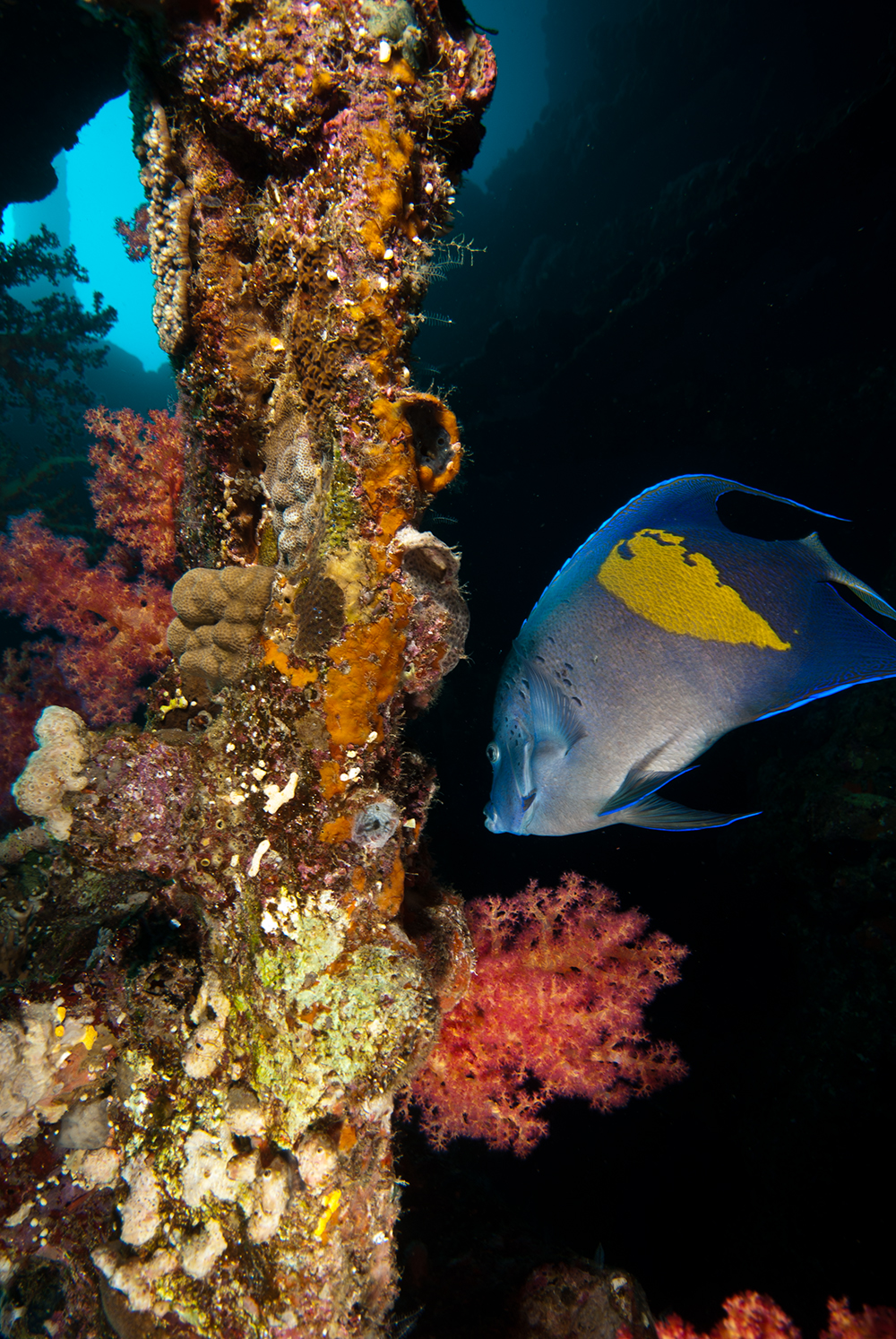 A different wreck, on the same day. You can see how different the yellow bar is 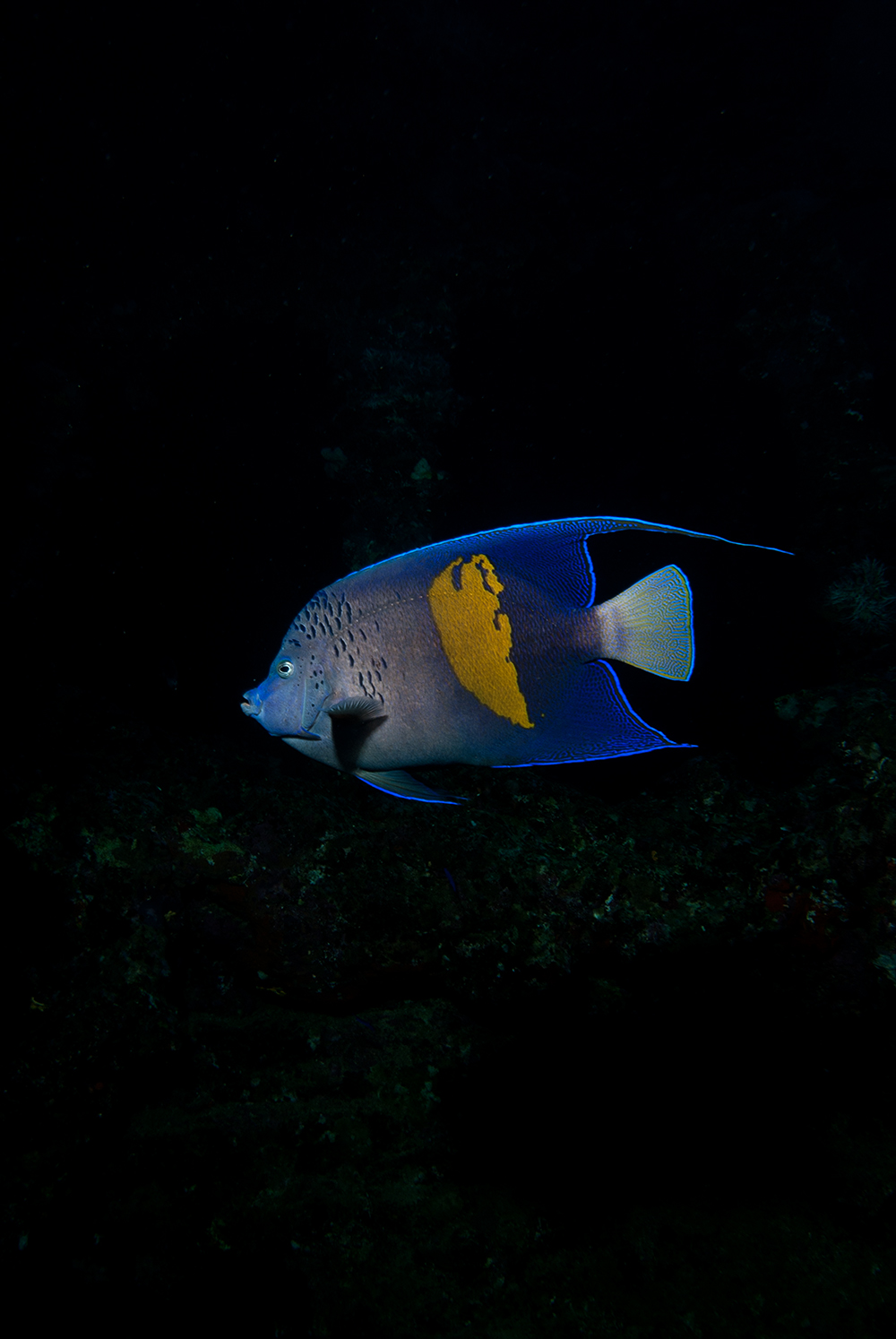 A quick bit of internet searching shows that this fish has managed to pass through the Suez canal and is now established in parts of the eastern Mediterranean.

As with any pomacanthid, they are often sold as highly attractive juveniles, which grow rapidly.  This fish is known to be aggressive and not always reef safe, so unless you have a very large tank, my advice would be to leave it in the ocean.

Internship at Tidal Gardens (Behind the Scenes)