A Great Bit of Camouflage 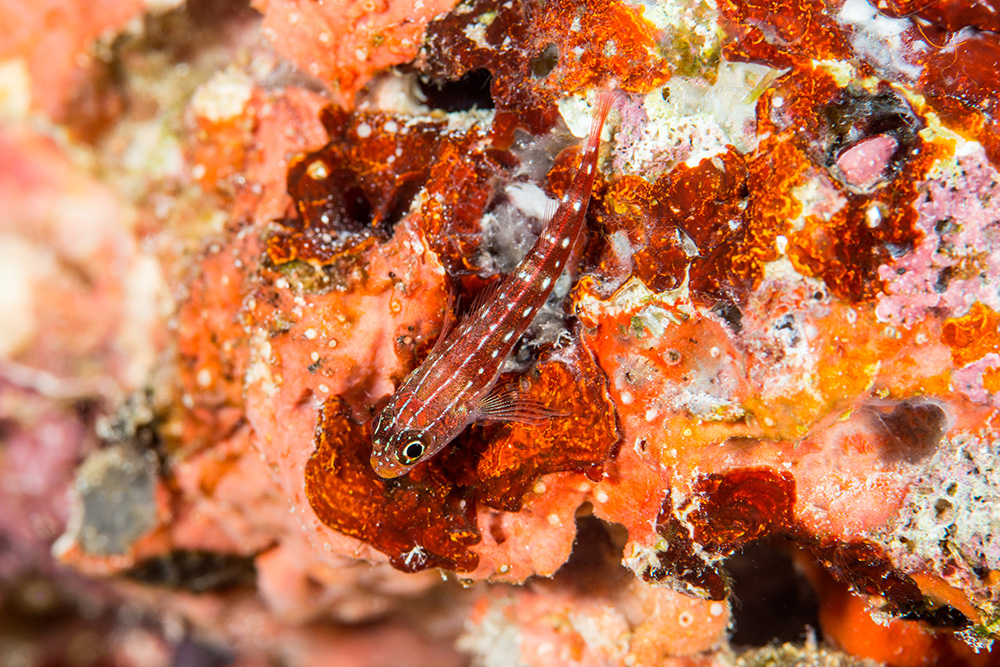 Just about my favourite thing (after photographing sharks) is bimbling* around a reef with a macro lens mounted to my camera, looking for small critters.  Non-divers are often surprised to learn just how hard it is to find some of the smaller animals.

Take this little goby.  If I recall correctly it is a member of the large Eviota genus of pygmy gobies that are common throughout the Indo-Pacific.  In my experience, they and their clan are very common on certain reefs in the Maldives, where the main shot was taken.  On some coral heads, these fish seem to be every twenty centimeters or so away from another of the same genus/species.  But I’d challenge anyone to be able to see that from more than a meter away. 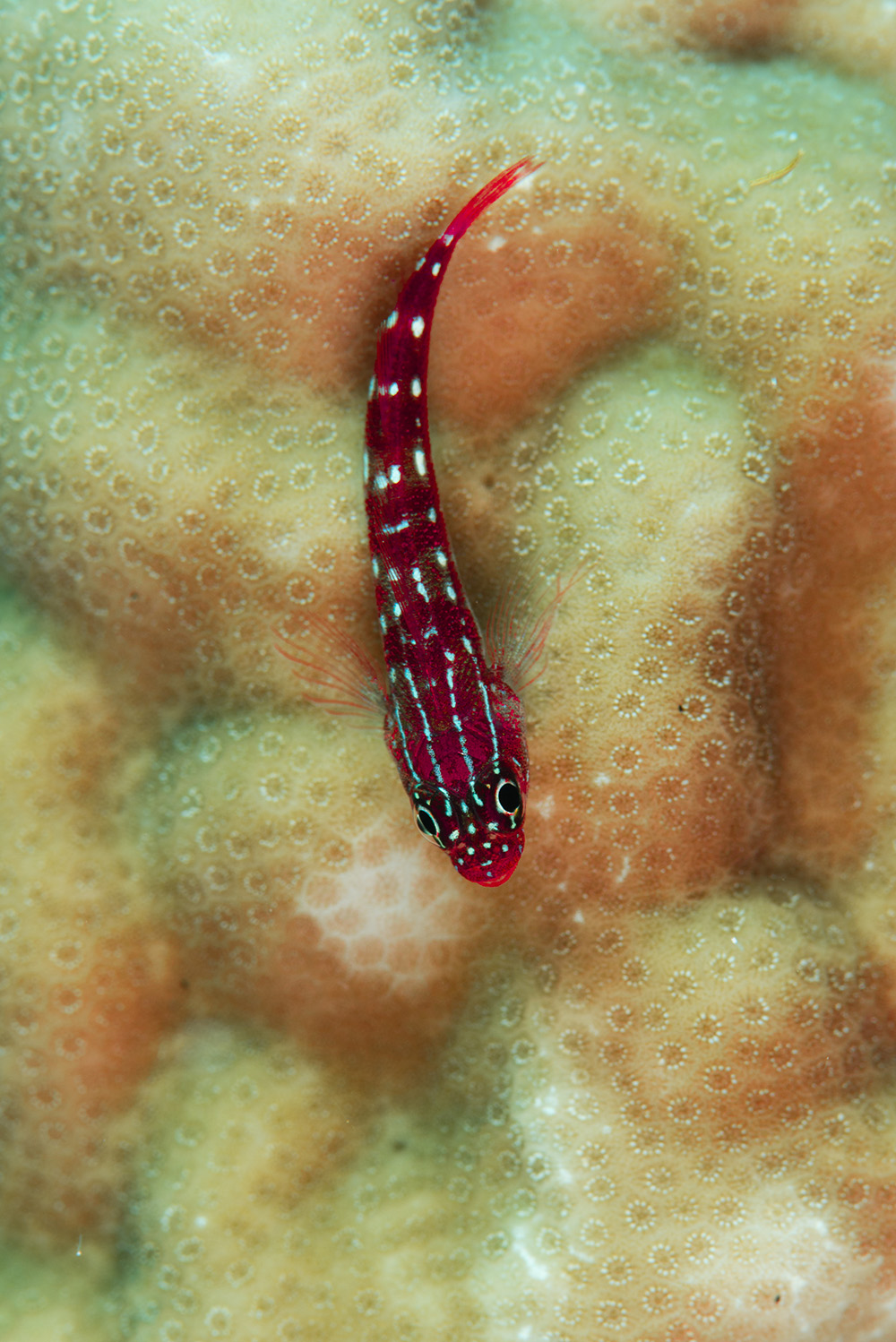 A simple coral head or algae covered rock, apparently devoid of life, can be covered, but until you get in close and you disturb a critter or two, you won’t know, thanks to their truly excellent camouflage.  In the image above and the one below, the fish have been spooked! They’re rested up on a coral instead of a coraline algae covered rock, so they are easily spotted and picked off by predators or framed for a shot by me. 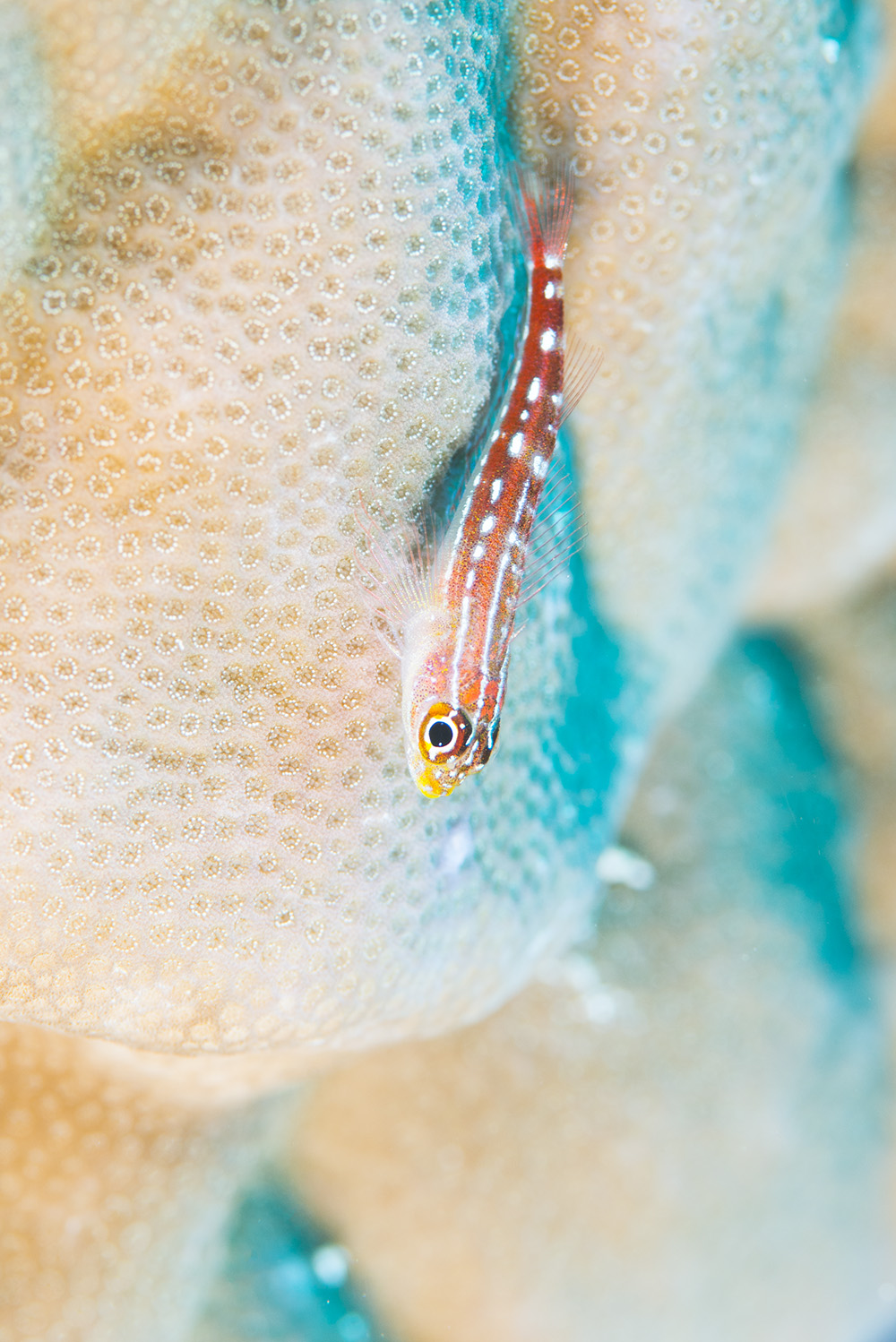 So what’s the point?  Well… I suppose it is context.  Any fish you see in captivity is likely out of context and there’s a good chance it has colors and patterns (amongst fish that rely on camouflage at least) that don’t really make sense.  You can see my earlier post about Longnose Hawkfish for another look at this issue.

*Bimbling is a word often used by UK divers to describe a calm and relaxed dive with no specific point or goal.  It is similar to Pootling, as in: ‘let’s go on a pootle’