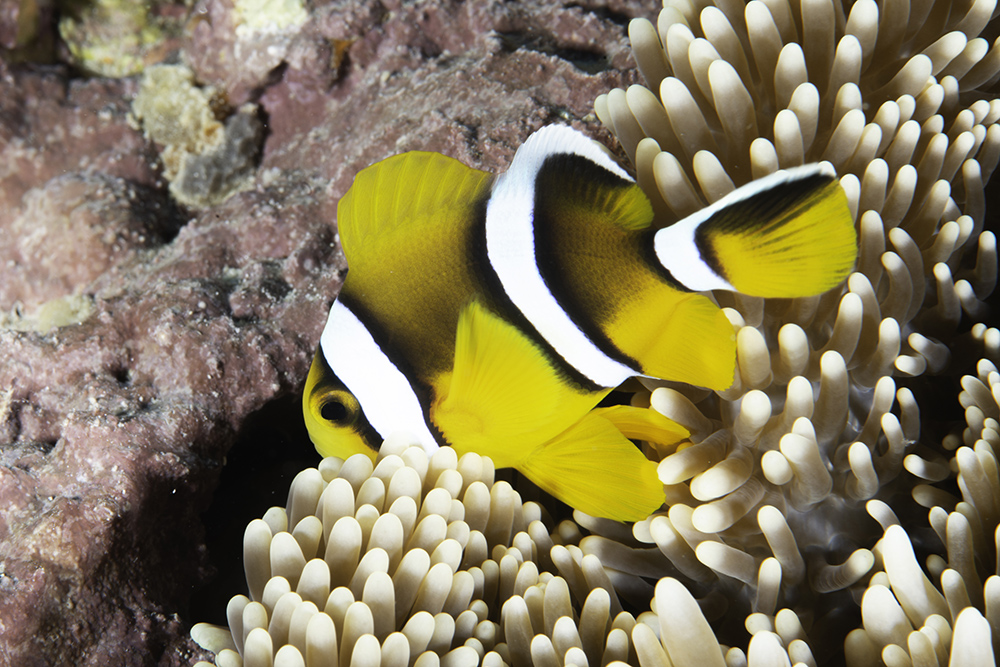 You may well have seen images of the oil spill that is blighting the reefs and beaches of this lovely island.  While the media reports that much of the fuel oil has now been pumped out of MV Wakashio, a great deal has already washed ashore damaging reefs, seagrass meadows, and mangroves.  I was privileged enough to dive around the island late last year and I thought it might be timely to share some images of the Island’s rich underwater fauna.

Mauritius has a somewhat damaged ecology on land, but underwater, the reefs are quite spectacular and home to several rare and endemic species; none better than Amphiprion chrysogaster. 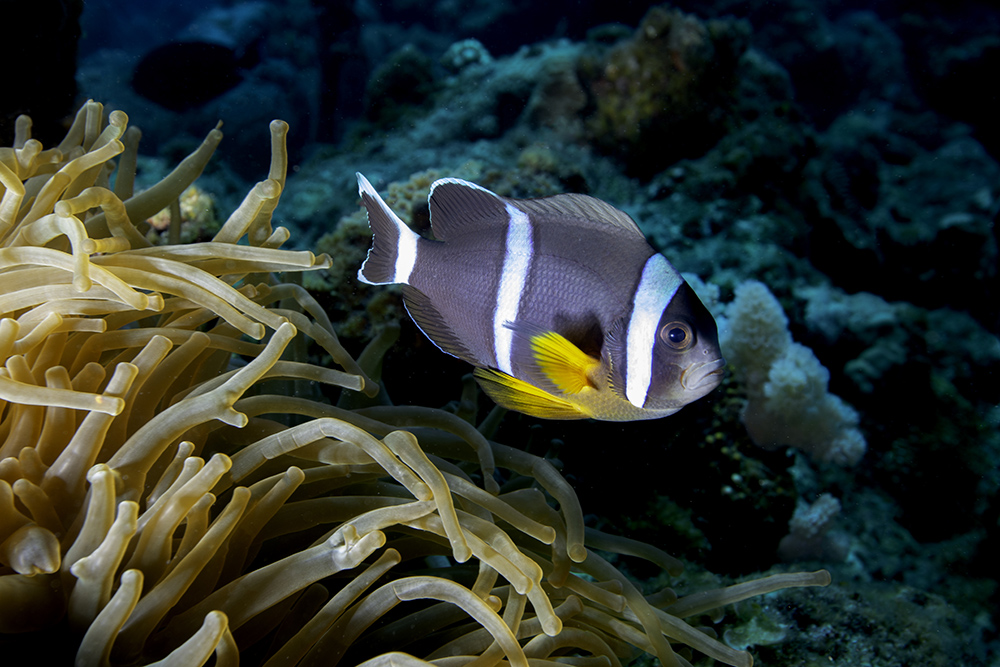 This fish is found around Mauritius and the nearby island of Reunion.  It hosts in Stichodactyla and Heteractis anemones, looking particularly fine in H. magnifica. 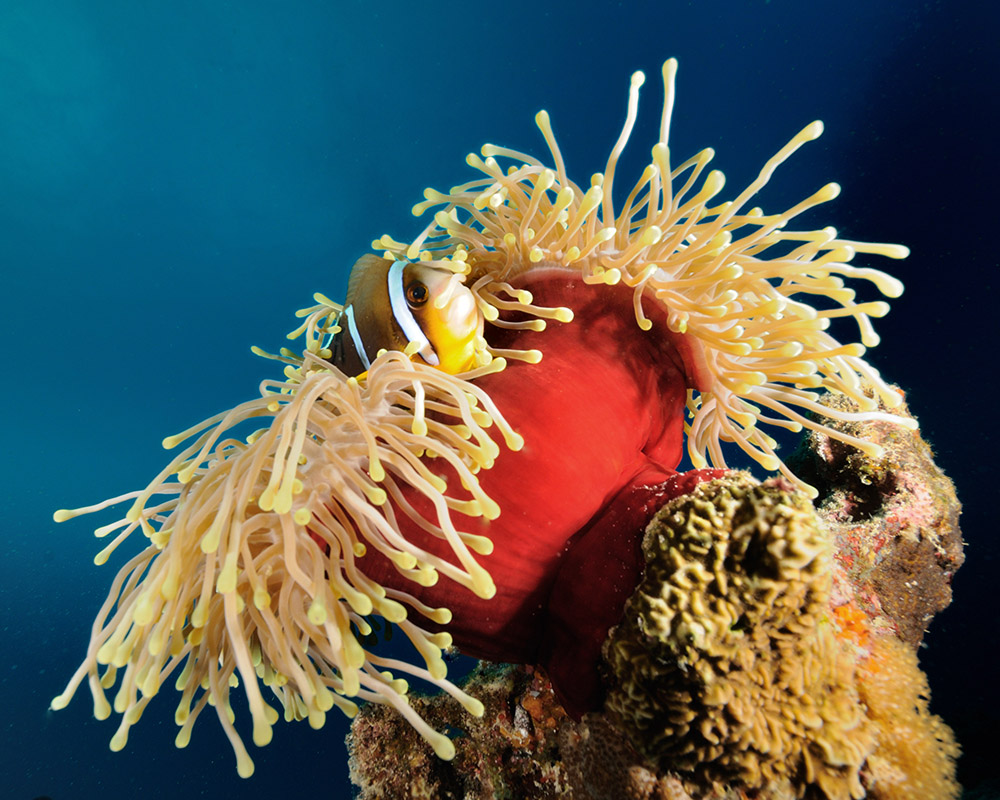 Like many of the Clarkii group the fish show significant color change as they mature.  The youngsters are particularly attractive with pale coloration and ‘oversized’ stripery.  The elders adopt a sober garb, becoming quite dark and in some fish, almost black. 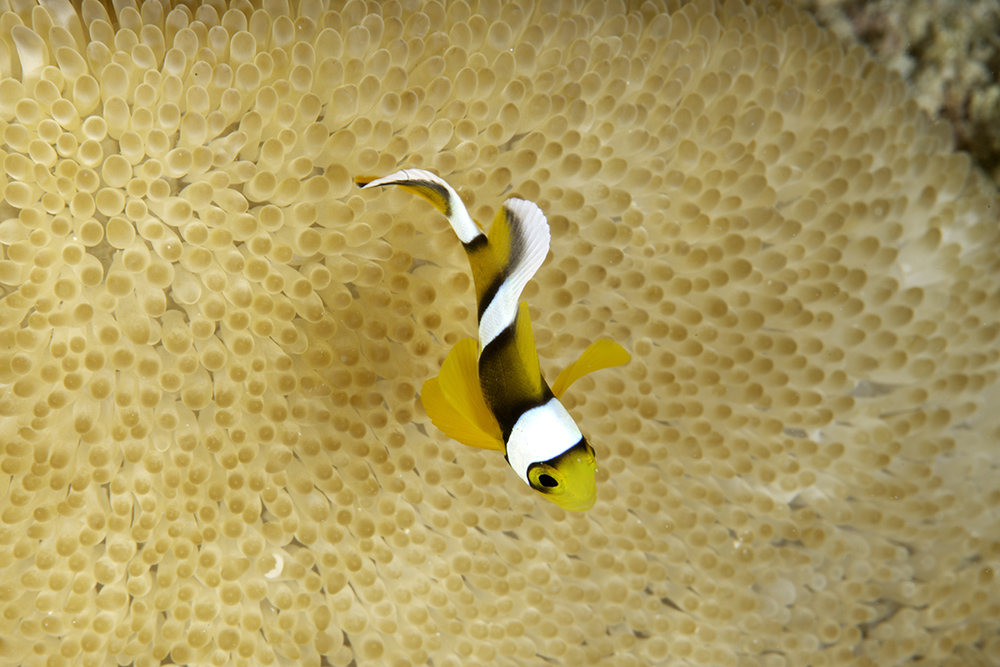 A very young fish on a carpet nem. Note the caudal stripe which carries along the top of the fin.

A dark, yet still attractive fully grown fish. Again the caudal strip (one of the ID features of this fish) is present. 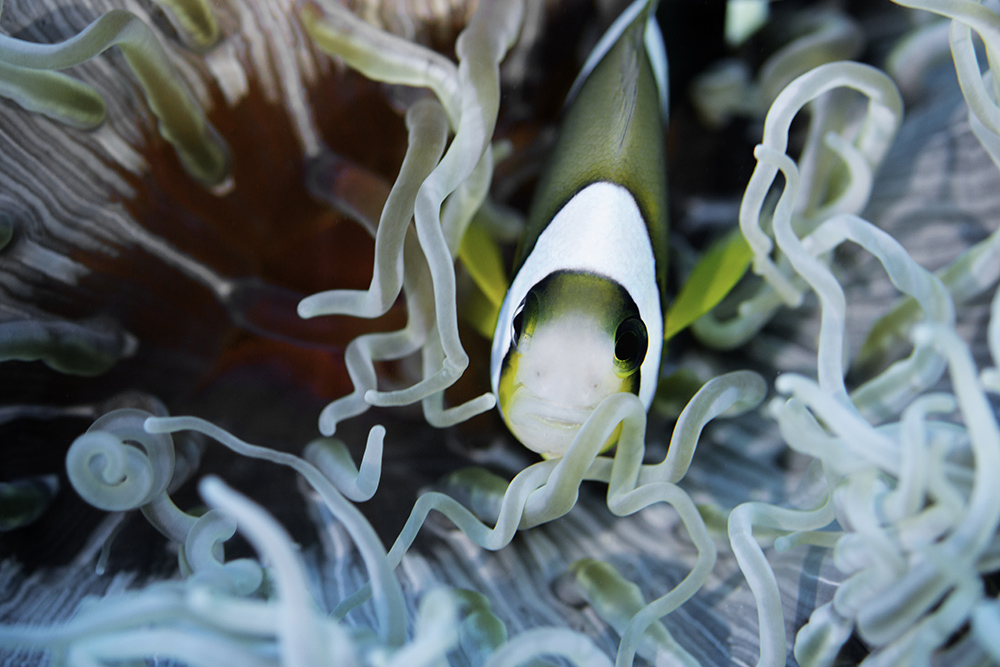 One thing in the island’s favor is its position.  Quite isolated, Mauritius receives strong currents, which, incidentally, serve to limit the temperatures the reefs endure in the summer months.  Hopefully these same currents will help to disperse the oil.  Time will tell.