Snappers: More Yellow Fish that are Great for Photography 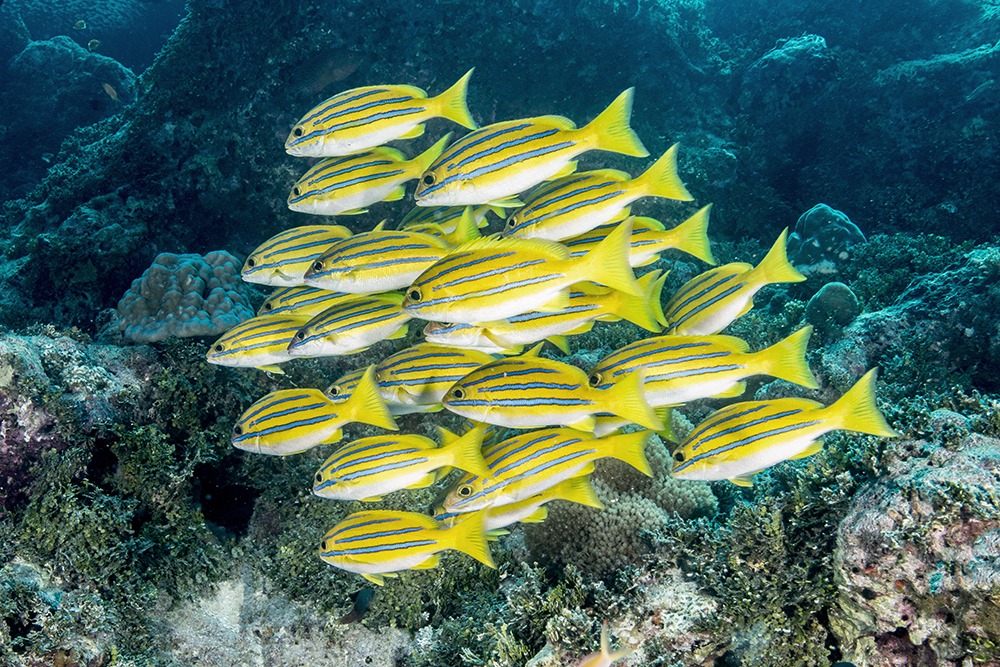 As I mentioned in my last post, there’s nothing quite like a powerful image of vivid yellow fish against a blue background to shout “sunlit tropical reef” to the viewer.  That’s why I always try to shoot a shoal of yellow fish whenever I can to add some punch to a set of images.

This post will look at a few species of snapper, which are always a good bet for a group of shoaling yellow fish.

Snappers are a widespread group, found across the tropics and quite important to many fisheries.  Some species are really quite large and reach lengths of up to a meter (3.3 ft) or so.  My focus here is on the smaller species, though all of these can exceed thirty centimeters (12 in). 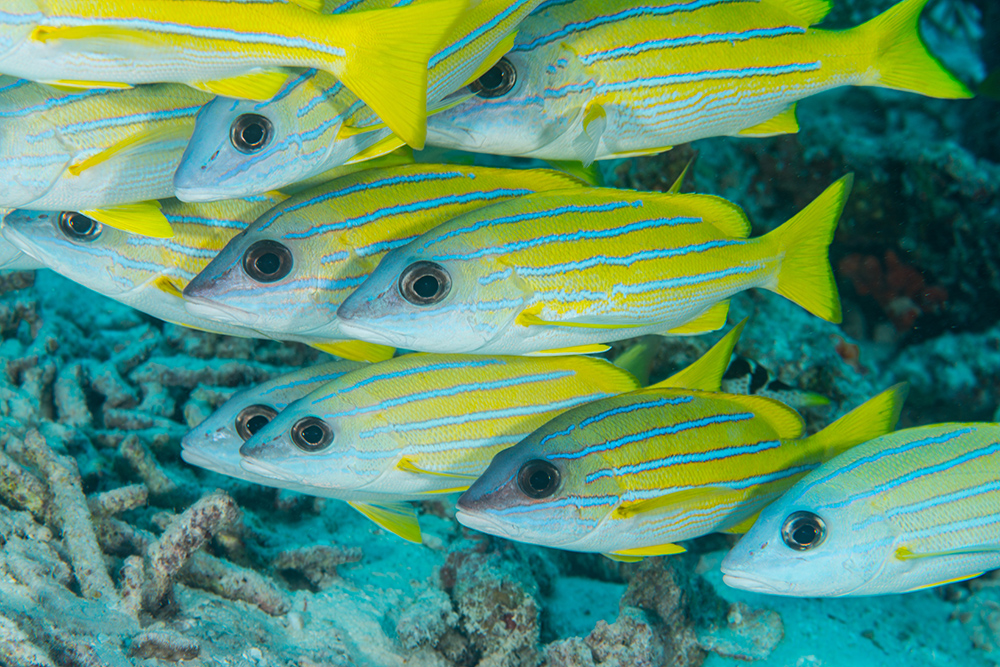 Snappers, at least the ones shown here, are quite easy to identify, with the number and placement of stripes helping enormously.  The lead image shows a well-lit group of Lutjanus bengalensis, the Bengal Snapper from the Maldives.  It is very similar to L. kasmiri, the Blue-striped Snapper (above), but lacks the darker snout and fine lining on the belly. 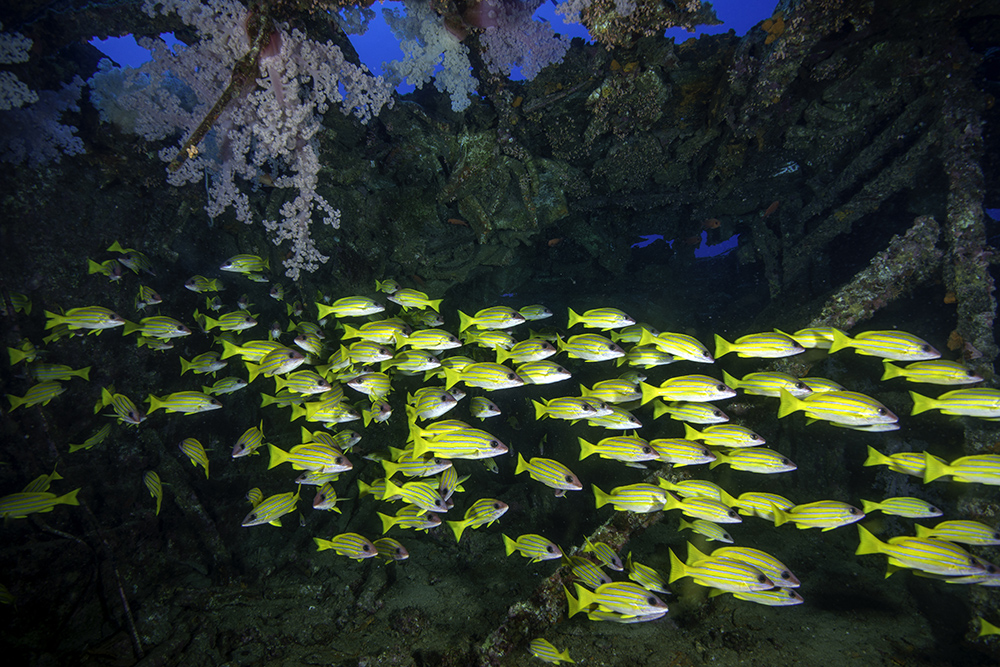 This group of L. kasmira really helps this shipwreck image. The shoal below looks great with the diver. 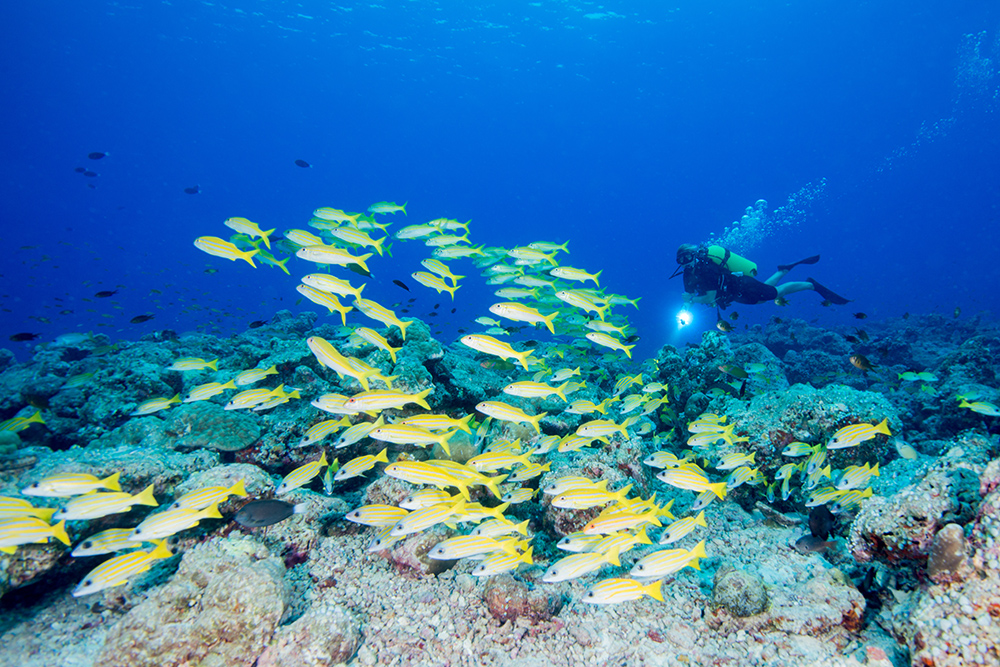 Sometimes snappers will shoal with other species, in this case with Oriental Sweetlips (Plectorhincus vittatus), again from the Maldives. 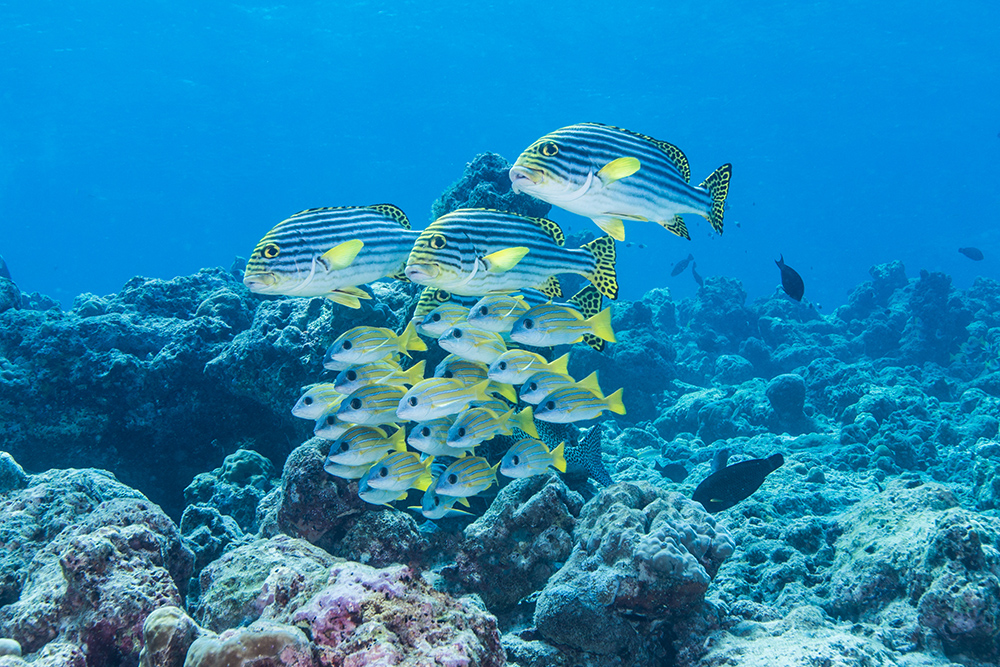 My last species is L. coeruleolineatus, the Blue-lined Snapper, which has a more limited range; not a widespread species, it is seen around the Red Sea and Arabia.   It is similar to L. ehrenbergi which has five narrow yellow stripes.  A few goatfish have joined these snappers. 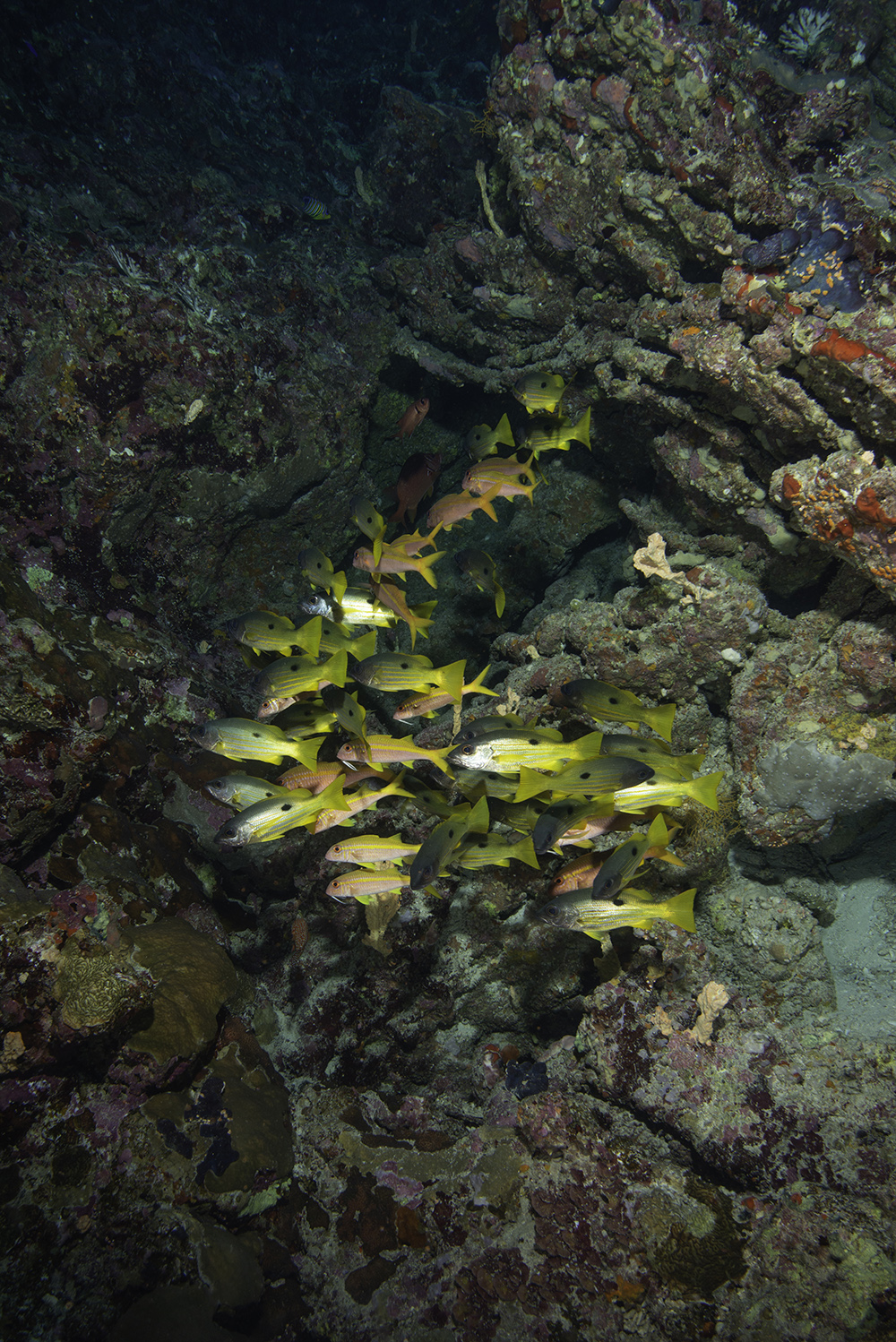