By Caitlin Nichole 7 months ago3 Comments 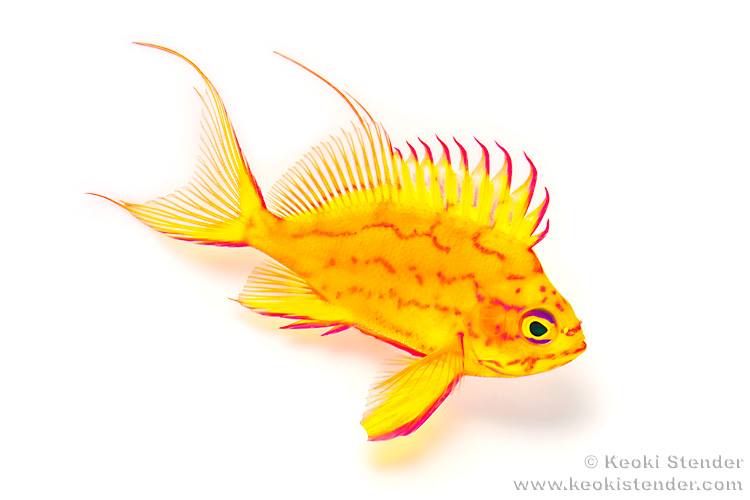 Holanthias fuscipinnis has been long regarded as a Holy Grail Fish, but this super-flamboyant juvenile appears to top anything we’ve seen so far from this species. In an almost fantastical “can’t possibly be real” photographic capture, we’re left with mouths agape and drooling. Unfortunately, the species is incredibly rare – this may be as close as we all shall get to the sunny little guy. Discovered by Matthew Ross and photographed by Keoki & Yuko Stender of Hawaii, at the North Shore of O’ahu at about 120 feet (surprisingly shallow for the species, usually spotted between 300-400 feet) – we’re dying to see more.

mini MACNA Speaker 3 is YOU!