Why we should all care about seagrass

I’ve been fascinated by this stuff since first learning about this distant relative of the lily that manages to make a good living in salt water.  Not something most flowering plants (with the exception of mangroves) can do with ease.  Sea grass is found in tropical and temperate waters around the world, though I’m most familiar with the seagrass meadows of the Mediterranean where Posidonia oceanica is the dominant species.

Posidonia has been used for centuries as a soil conditioner and fertilizer.  When autumn storms and natural seasonal die-off washes tons and tons of old  leaves onto beaches, it is often considered a nuisance. But there was a time that it would have been gathered and spread on fields in a labor intensive but beneficial process. 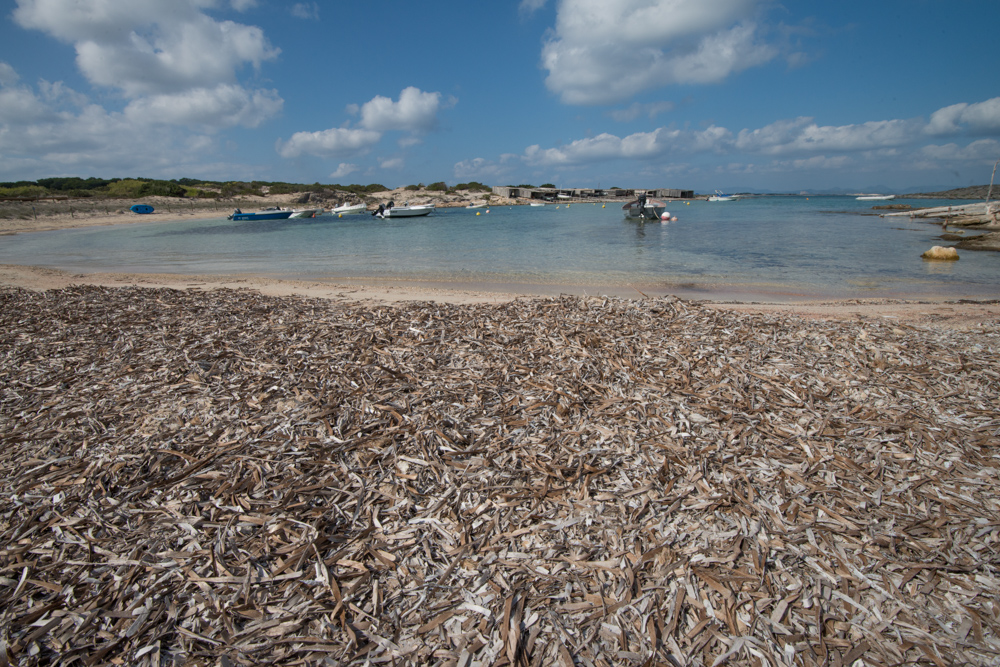 Seagrass is also home to huge numbers of species and individuals.  Some are seagrass specialists, others are simply sheltering as juveniles before spreading into deeper waters. 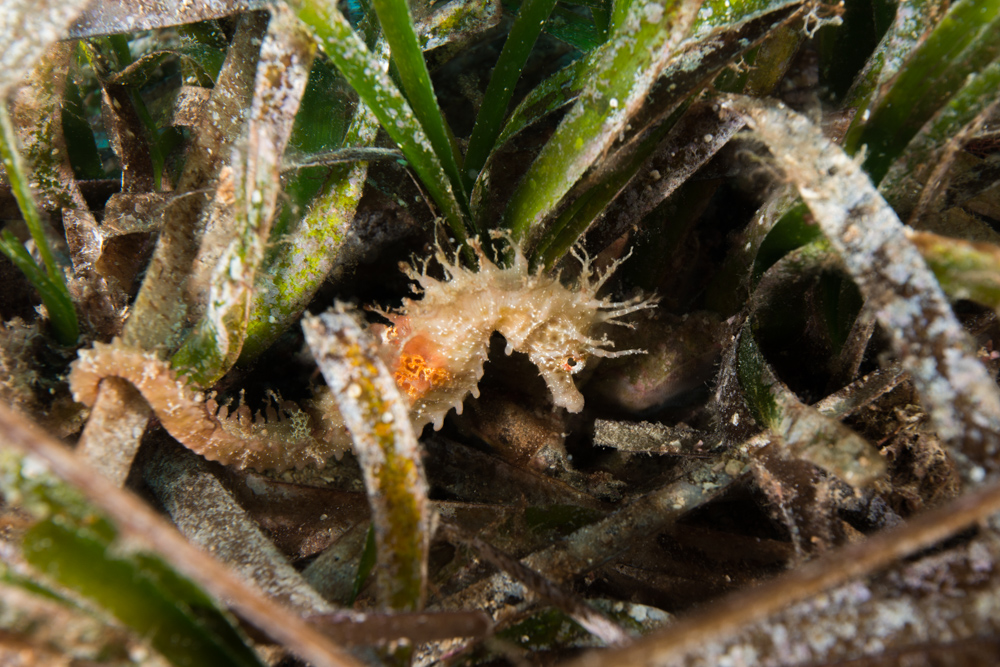 Seahorses can be astoundingly hard to find. This one took five of us an hour, and we knew roughly where it was.

With rising sea levels and increasing numbers of extreme weather events, seagrass meadows and the reefs they help create – just like coral reefs – are important to protect coastal communities from flooding and erosion of built and natural sea defenses. 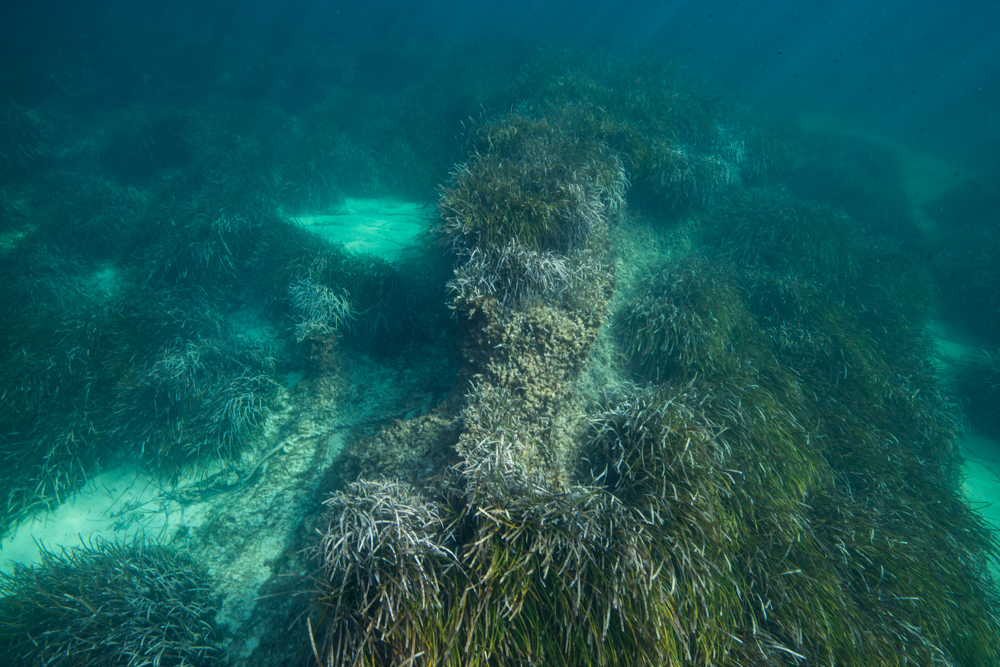 A natural and self-generating break against storms.

Last in this brief list of benefits is carbon.  Seagrass meadows can store a great amount of carbon.  As their root mass grows, anoxic conditions allow for the build up of a material analogous to peat. 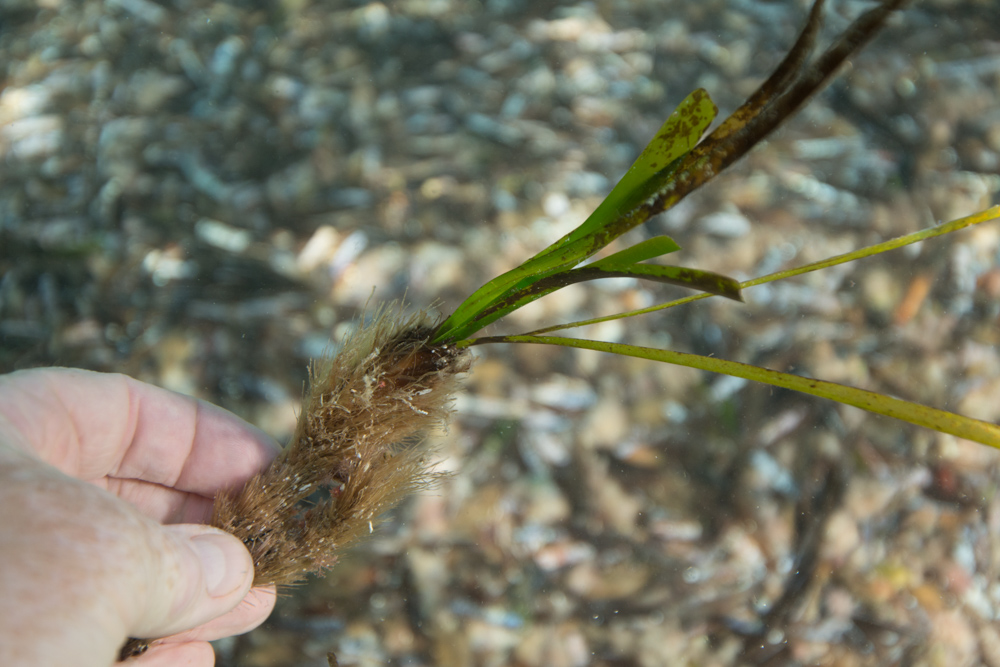 Posidonia grows from, and spreads, using tough, fibrous rhizomes that stabilize sediments and as they die, build up into deep beds of ‘marine peat’ locking up carbon and thus countering global warming and ocean acidification.

Posidonia beds can be thousands of years old, yet they are threatened by coastal development, poor boat mooring practices, and pollution. 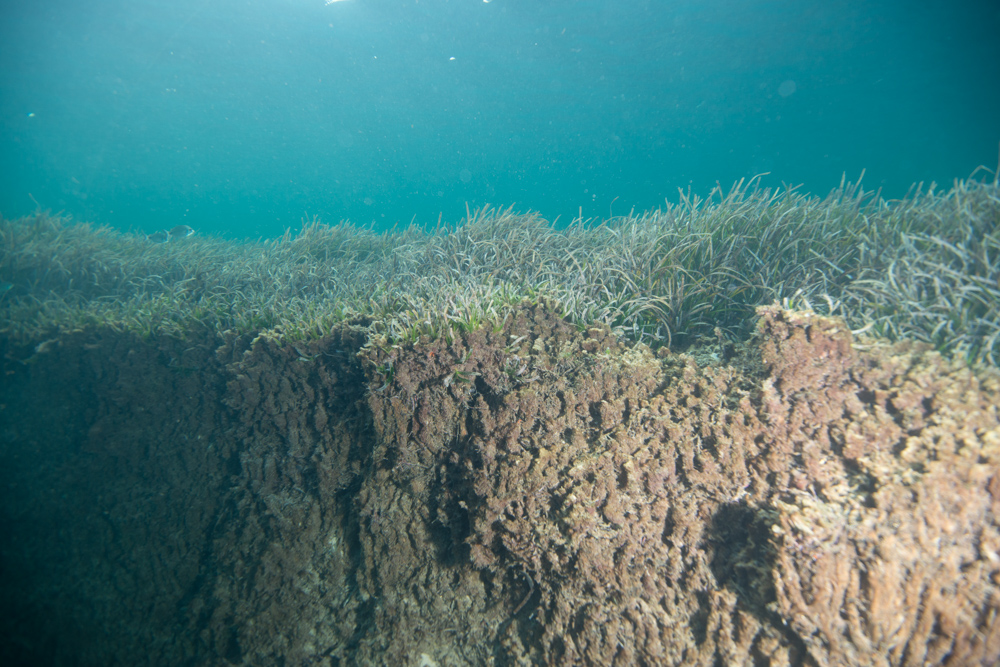 Some of the beds in the Balearic Islands are older than western civilization.