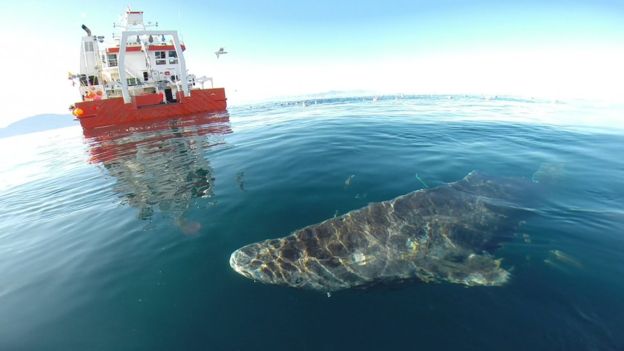 Greenland sharks are now the longest-living vertebrates known on Earth, scientists say. Researchers used radiocarbon dating to determine the ages of 28 of the animals, and estimated that one female was about 400 years old. The team found that the sharks grow at just 1cm a year, and reach sexual maturity at about the age of 150. The research is published in the journal Science.

Lead author Julius Nielsen, a marine biologist from the University of Copenhagen, said: “We had our expectations that we were dealing with an unusual animal, but I think everyone doing this research was very surprised to learn the sharks were as old as they were.” The former vertebrate record-holder was a bowhead whale estimated to be 211 years old. But MORE