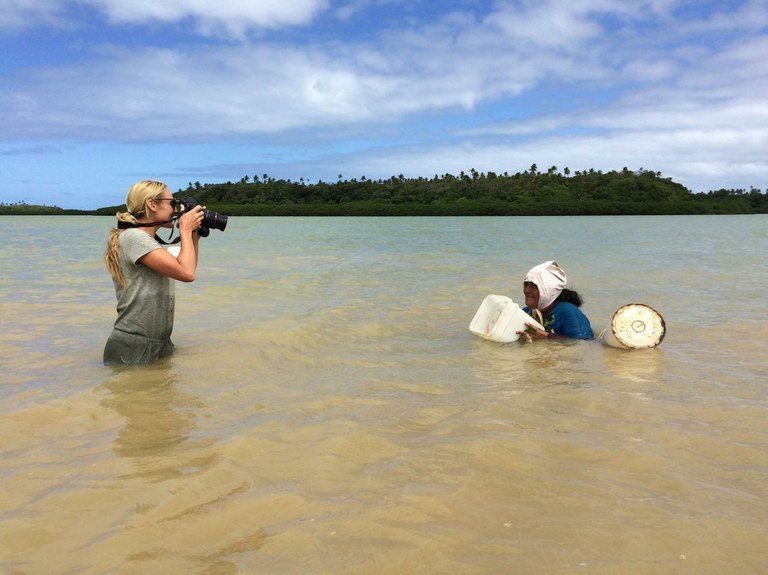 
National Geographic is now conducting a poll for their People’s Choice for Adventurers of the Year award, and Shannon Switzer Swanson is up for nomination this year.  You can vote every day (click here to cast your vote), and the voting ends on December 16, 2016; Advanced Aquarist endorses Switzer Swanson for your consideration.

While we can’t say for sure how the aquarium trade will be presented in her upcoming documentary, it is refreshing to see the holistic philosophy Switzer Swanson approaches this complex issue … especially from someone outside the hobby. Here is an excerpt from her National Geographic interview:

National Geographic: As you prepare to release your film and a website with an interactive map detailing the aquarium trade in 2017, what message are you hoping to convey?

Switzer Swanson: We’re trying to have a counter narrative to this dominant conservation view of “the aquarium fish trade is bad and just make it stop.” We would encourage people to just learn more about the chain itself and understand the complexity of it. There are a lot of people who are involved in it and are impacted by the aquarium trade. And if we stop the trade—that is the goal and that is the current voice from the conservation community—there are people like the harvesters who will have to fill that void with something else. That will likely be another marine resource that might be managed less sustainably. It’ll have its own impacts.

If you want to have an aquarium—they can help people care about the ocean who wouldn’t otherwise—then it should be done in a sustainable, transparent way so that people interested in being hobbyists really understand exactly where their fish are coming from and how the fish are caught. If people know that there is an option to catch the fish more sustainably and that it makes all these differences in the lives of the people catching them—and also in the survival rate of the fish being harvested—and they demand that, it can drive market certification.