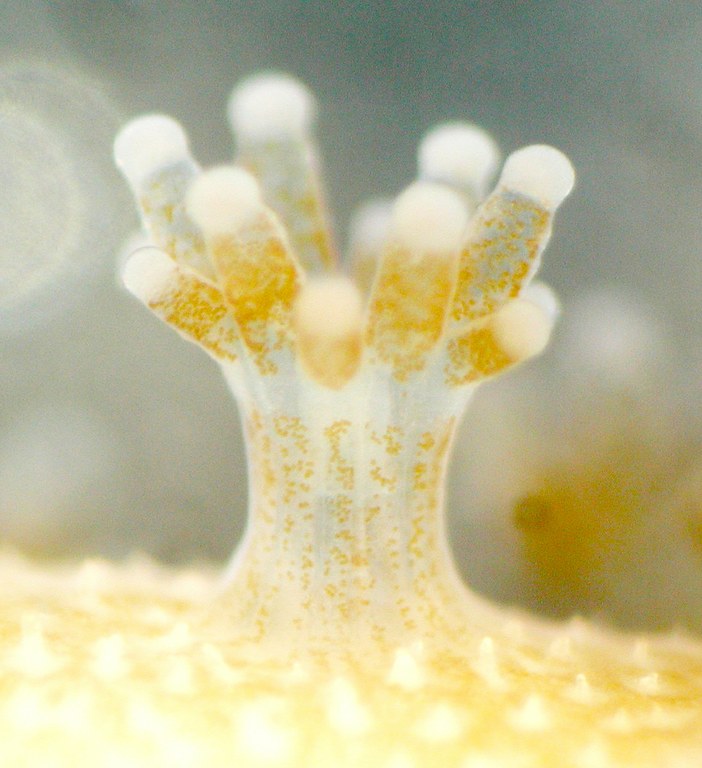 The Marine Genomics Unit of OIST has decoded the genome of the algae Symbiodinium minutum.


Coral reefs have enormous ecological and economic importance but the keystone organisms in their establishment, the hard corals, increasingly face a range of challenges including ocean acidification and seawater temperature rise. These corals exist in a symbiotic relationship with algae known as Symbiodinium. Neither organism can survive without the healthy presence of the other. Symbiodinium receives CO2 and a stable, safe living environment from the coral host, while the coral benefits from oxygen and nutrients produced from the symbiont. To gain a precise understanding of the molecular mechanisms underlying coral biology, genomic information on both the coral host and algae symbiont is essential.

In 2011, the Marine Genomics Unit of the Okinawa Institute of Science and Technology (OIST) decoded the approximately 420-megabase genome of the coral Acropora digitifera for the first time. One key finding was that, unlike several other corals, Acropora seems to lack an enzyme essential for cysteine biosynthesis, implying dependency of this coral on its symbionts, including Symbiodinium, for this amino acid.

The algae that live in symbiosis with coral have extremely large nuclear genomes ranging from 1,500 to 24,500 megabases. The OIST team selected Symbiodinium minutum as a target on account of its reasonably sized genome size of 1,500 megabases. This is about half the size of the human genome. Using the powerful next-generation sequencing capability at OIST, the team, in collaboration with researchers in Japan and America, were able to decode the genome for the first time and discovered that the algae genome exhibits unique and divergent characteristics when compared to those of other multicellular organisms.

The OIST group has now succeeded in establishing for the first time the genomic information of both the coral host and the symbiont. This information will greatly facilitate research on coral biology. For example, it will be possible to investigate whether corals or symbionts, respond first to environmental changes such as seawater temperature rise. Similarly, researchers can examine if corals respond to different stresses via a similar molecular mechanism or different mechanisms. These areas of research are greatly facilitated by both genomes being decoded in the same laboratory.

The results are particularly timely following an international conference on global warming and coral preservation, jointly organized the Japanese Ministry of Environment and the Okinawa Prefectural Government, which took place at OIST on June 29 and 30, 2013.

Prof. Satoh, who leads the OIST Marine Genomics Unit said, “The fact that the same group has successfully decoded the genome of both the coral host and its symbiont Symbiodinium is a significant achievement.” He continued, “The research will pave the way for deeper understanding of the symbiotic relationship between these two organisms at a much more precise molecular level.”

The paper was published in the online version of Current Biology on July 11.