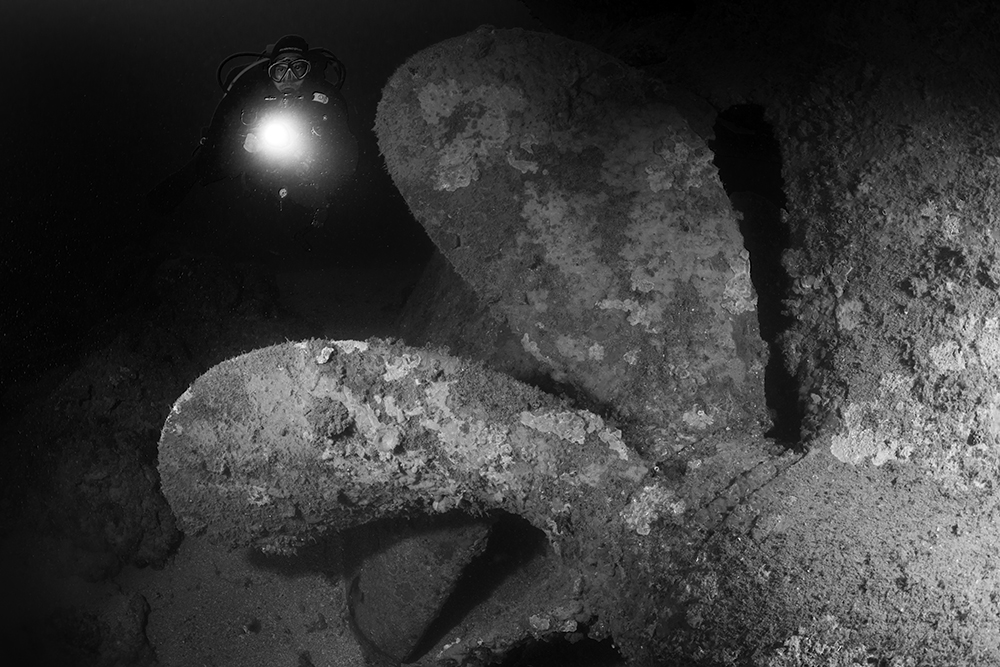 I shared a few monochrome images recently, and also talked about which underwater subjects look good in black and white.  This time, I thought I’d look at some shipwreck images.

The main image was taken on a wreck in the Mediterranean.  As you can see the propeller makes for a strong image.   I’ve also worked with my dive guide to ensure he looks as if he is exploring.  Whilst this image looks to be taken in the deep, it was actually fairly shallow (around 25m), I’ve made it look darker and a bit more atmospheric by reducing the amount of blue light, in Photoshop’s easy to use Black and White conversion tool.  Yellow and red sliders were used to bring out the detail on the prop.  In ‘proper’ light the wreck is covered in red and yellow encrusting sponges.

The shot below, whilst technically not a shipwreck (it’s an aircraft engine from WW2), was edited in the same way as the one above. 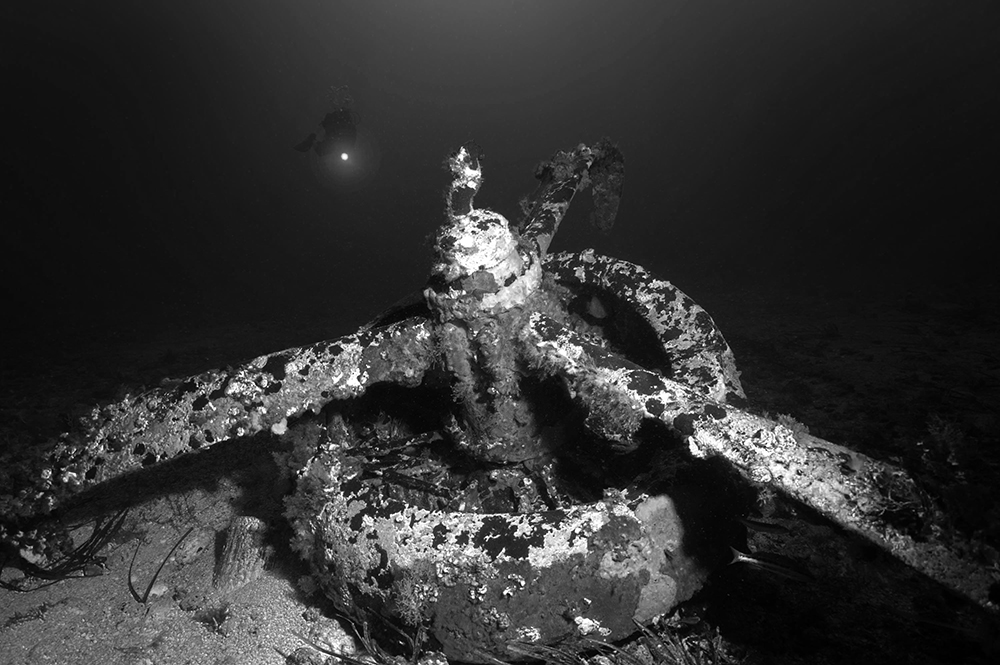 For imagery of complete shipwrecks, you need two things: great visibility and locations with a lot of shipping.  The approaches and moorings that eventually lead to the Suez Canal are excellent for wreck hunters.  The image below features a famous wreck, the Giannis D, which sank in the northern Red Sea in the 1980s. 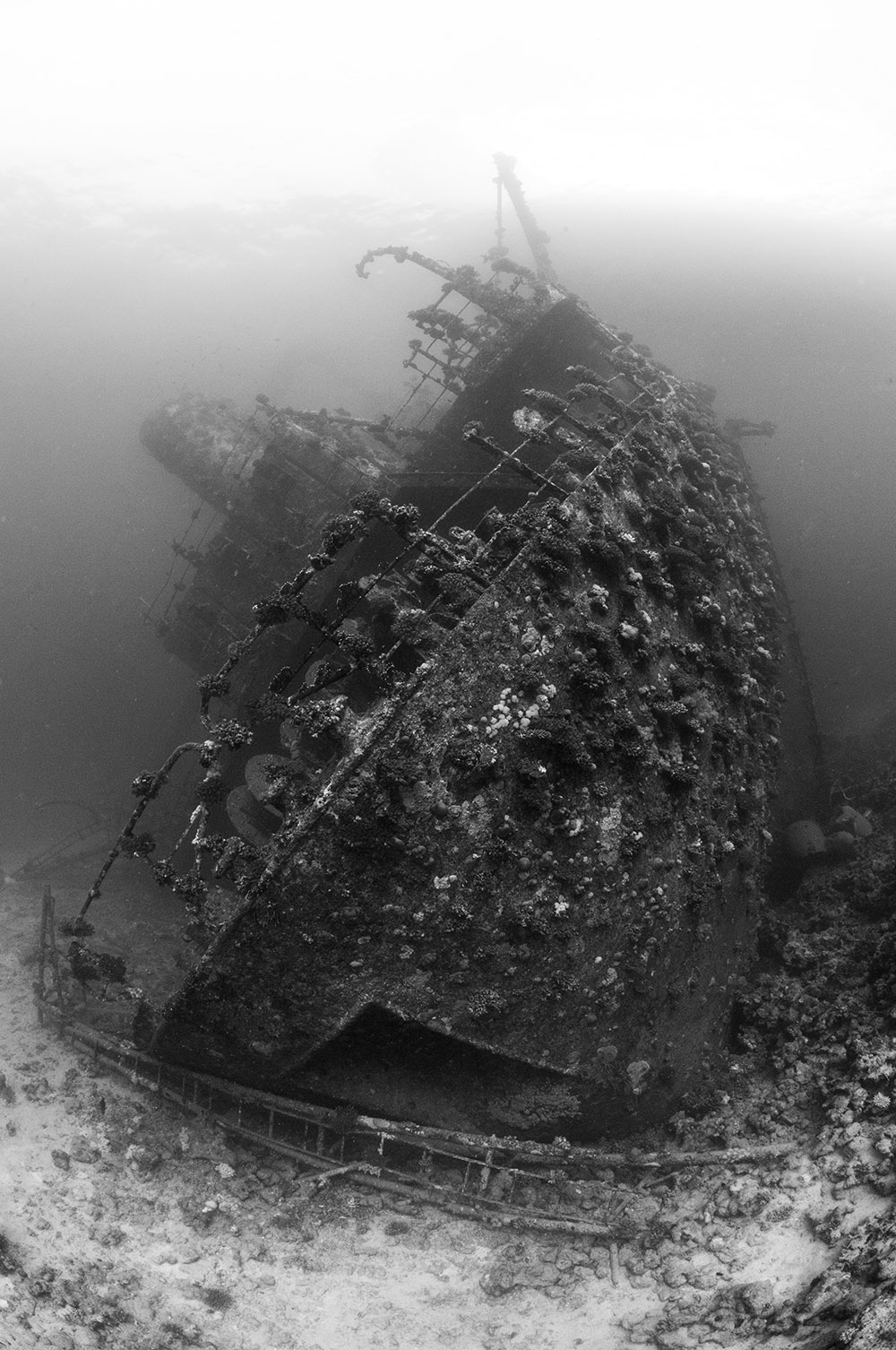 This shot of the stern of the Giannis D is commonly seen in many portfolios of divers who’ve been in this part of the world.  Disappointingly, the bow is very mangled and increasingly part of the reef the ship ran into.  With this image, I did little other than increase the contrast before removing the color.

The smaller and much more ephemeral wreck below was taken in much murkier waters in Greece.  This is a Kaiki, a traditional wooden fishing vessel from Greek waters.  I imagine little is left of it now, as wood does not survive long in salt water. 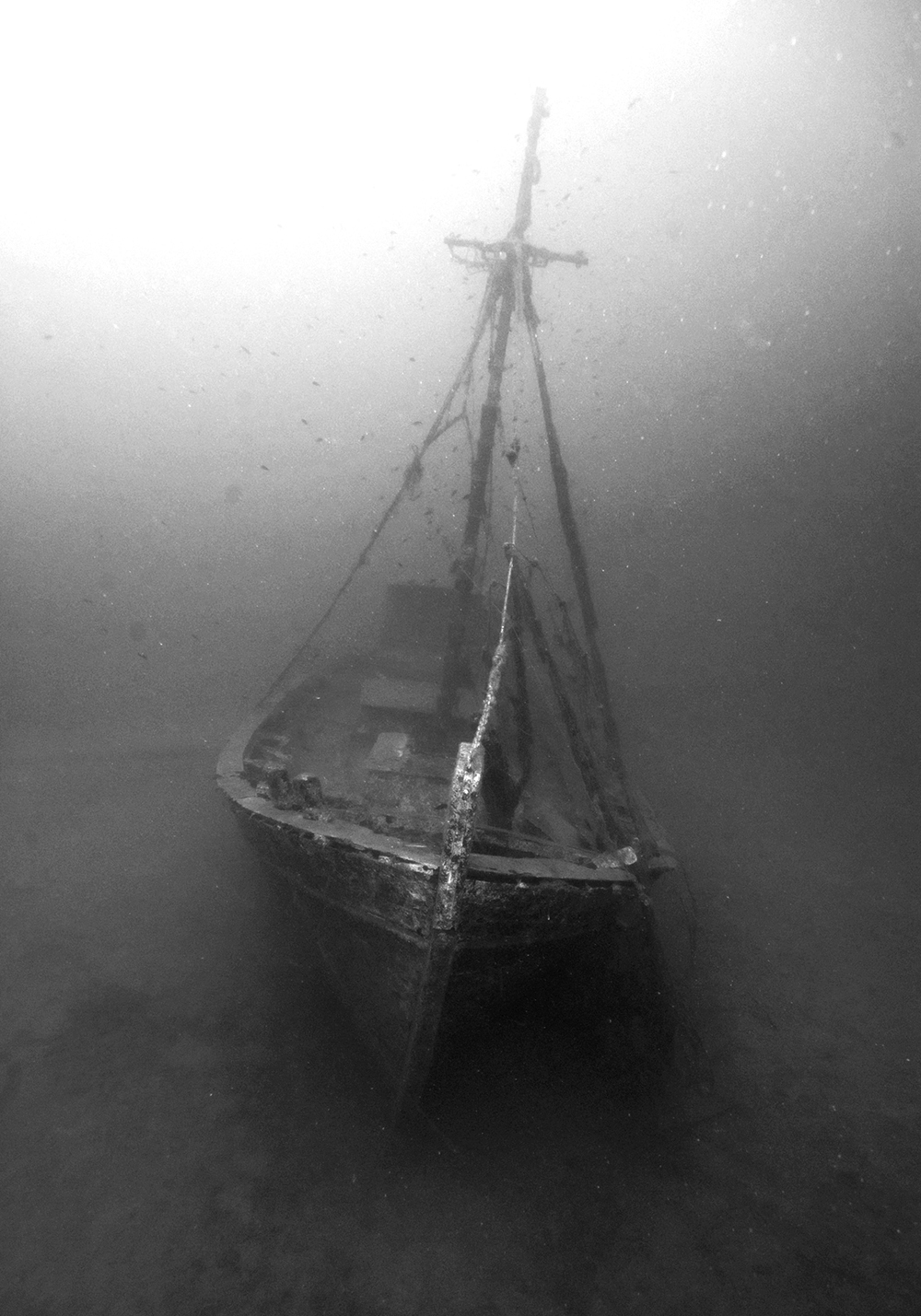 As you can see, the water is very turbid, but I quite like the way this modest vessel appears quite ghost like, fittingly perhaps, as it will be ephemeral.