A few Scorpionfish you’re unlikely to come across 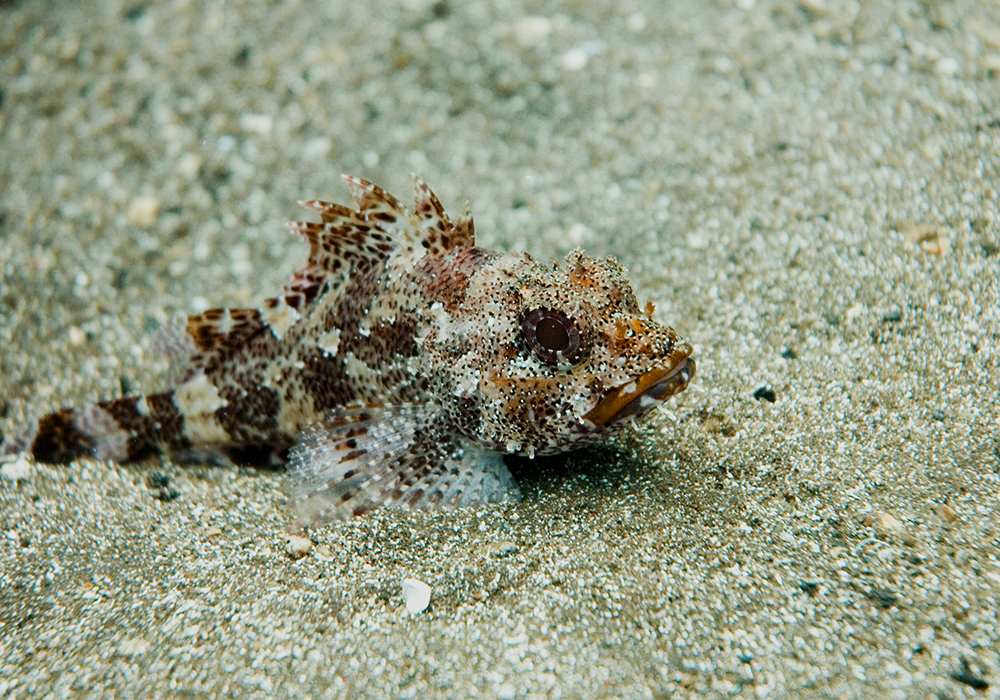 A while ago I posted some images of a species of wonderfully camouflaged Scorpionfish.  I thought I’d trawl my images to look for a few other scorpionfish that are somewhat rare and unusual.

My first fish is a curious little species (main image) known as Scorpaena maderensis, the Madeiran Scorpionfish or Madeiran Rockfish, depending who you’re talking to.  I photographed this animal off the coast of Madeira, the small Atlantic island not too far from the coast of Africa.  S. maderensis is not restricted to Madeira but is found in the Canary and Cape Verde islands as well as parts of the western African coast.  Like most of its kind it is a slow-moving ambush predator relying heavily on excellent camouflage. 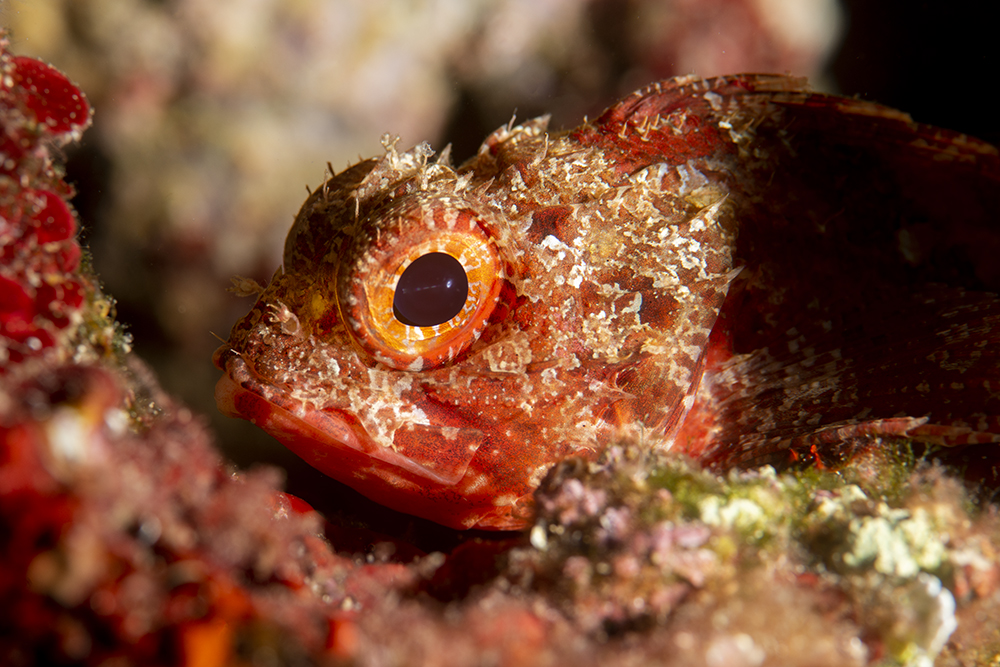 Moving to the Mediterranean brings us Scorpaena notata, one of three fishes of the genus found in the Med.  This is a smallish fish, to eight inches, somewhat dwarfed by its larger relative, S. scrofa (below). 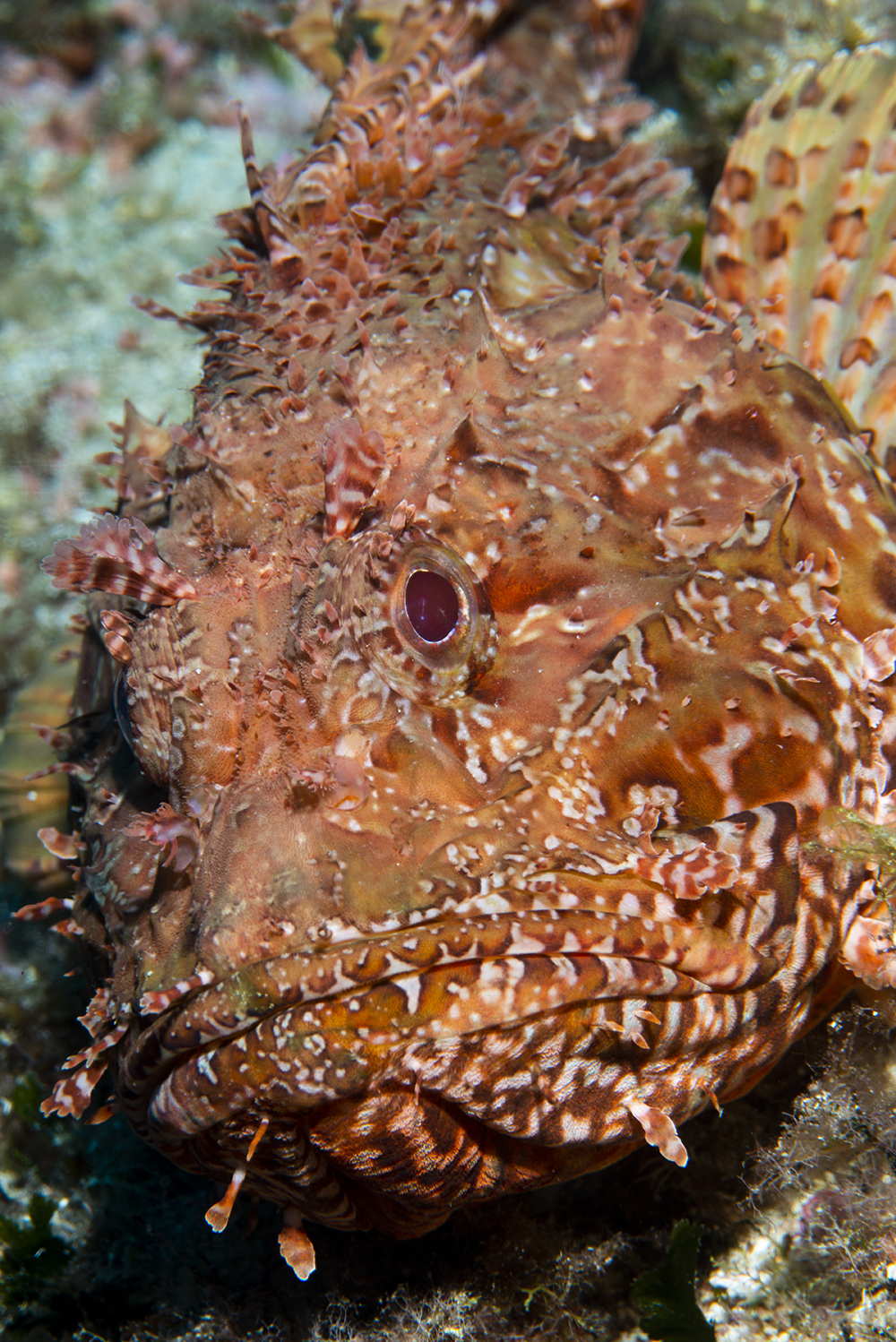 S. scrofa is quite a large fish and prized in the restaurant trade across the Med.  I rarely eat fish, but have eaten these and they are truly delicious.

My last fish in this collection is a species I’ve shot off the coast of Scotland, going by the unlikely name of Pogge. This fish is a little more distantly related to its cousins above, than they are to each other.  Whilst it is in the Scorpaeniformes order it lies in the genus Agonus.  Agonus cataphractus also goes by the common name Hooknoose, referencing the spines on its snout which appear to be an upturned nose. 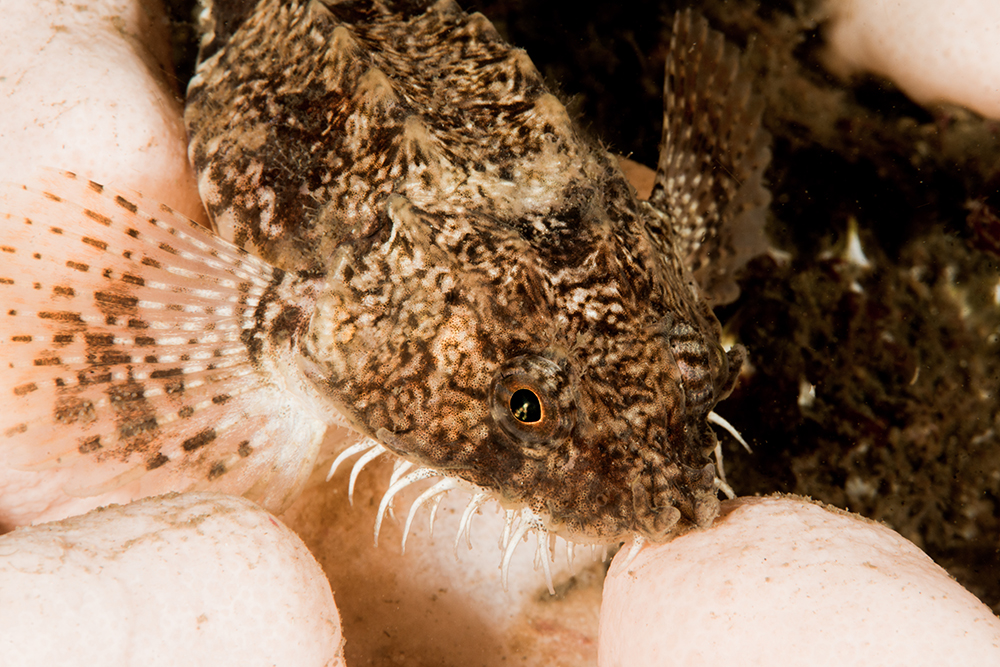 The Pogge, like its relatives, is easy to approach, seemingly sure in the quality of its camouflage.  As you can see from the image, it has a series of barbles around its mouth which aid with finding food.