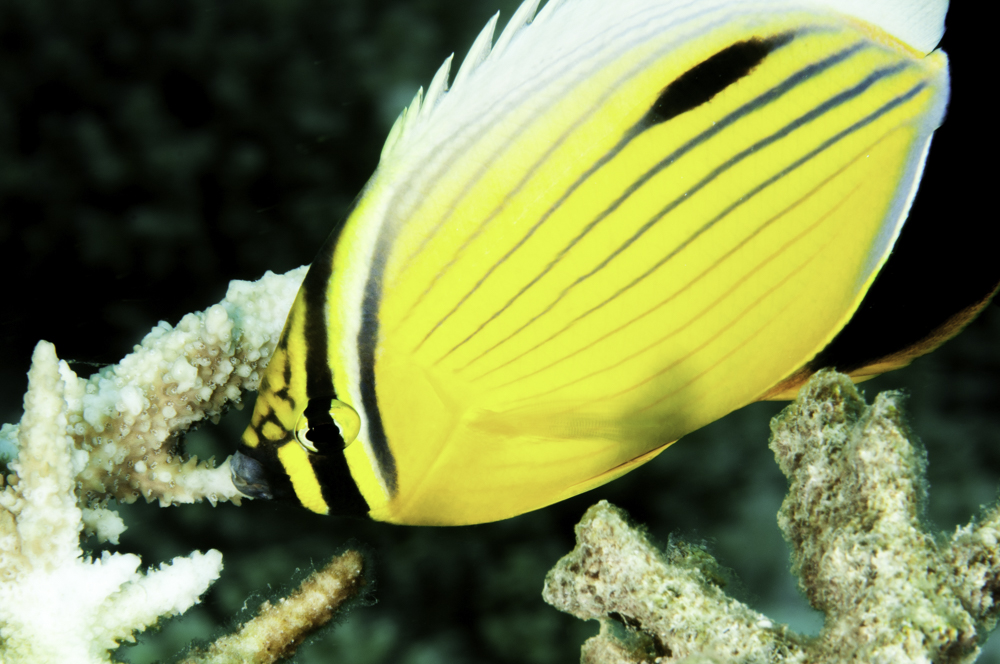 Out on the reef, yellow is a very prominent color, especially in full tropical sun.  Yellow fish, especially members of the Chaetodontids, make great photography subjects.  Here are several Indo Pacific species I’ve recorded over the years; note just how superficially similar they can be.

My first fish is one of my absolute favorites, C. austriacus, the aptly named Exquisite Butterfly.  This is a common fish in the Red Sea and parts of the Arabian Gulf.  It reaches 15cm long and is a found feeding on coral polyps.  Like many of its kind, it is often seen in pairs. 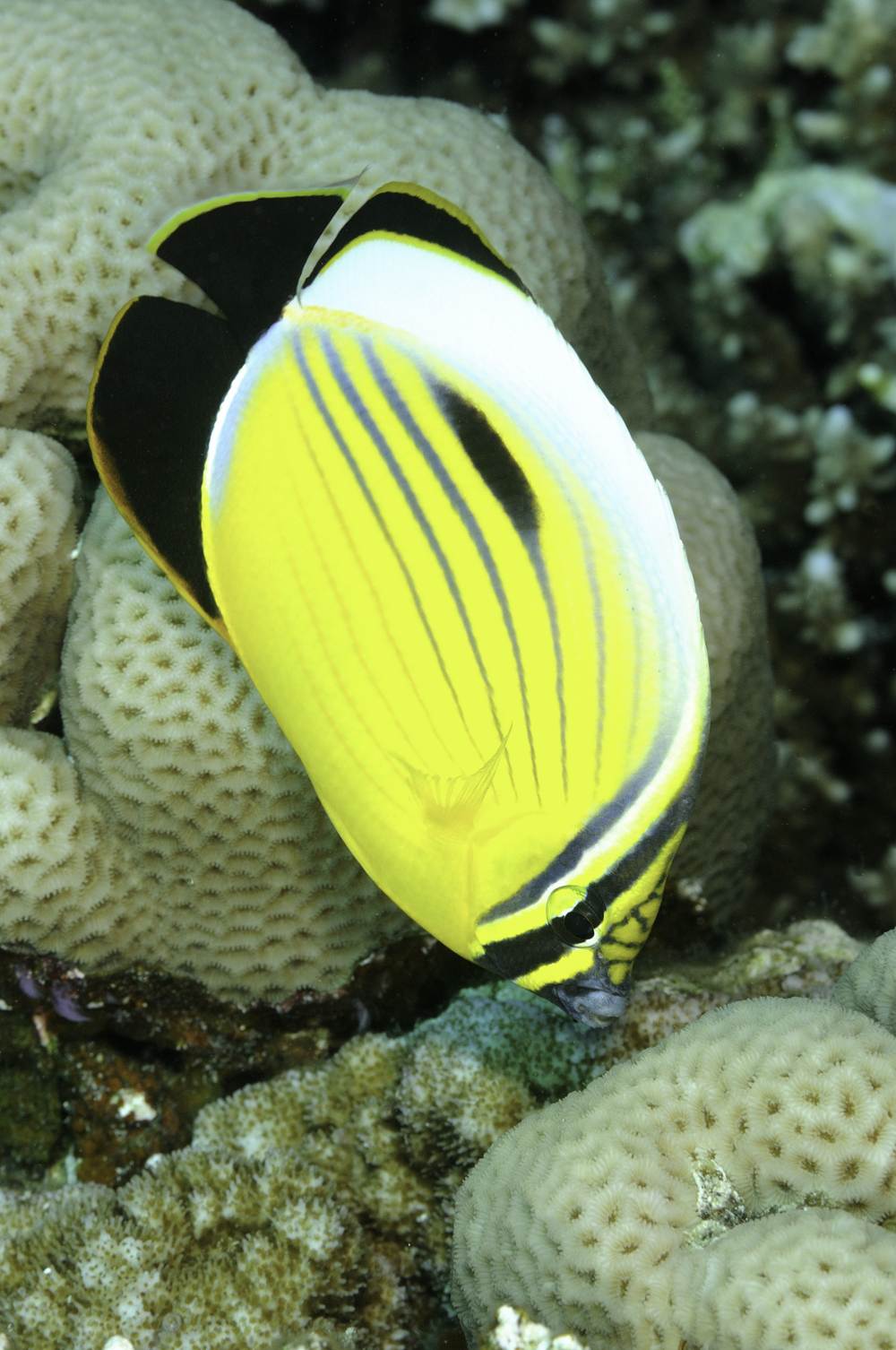 In the south of the Red Sea and into the Gulfs of Oman and Arabia, a very similar fish becomes more common.  This is the more subtle, but equally beautiful, C. melapterus. 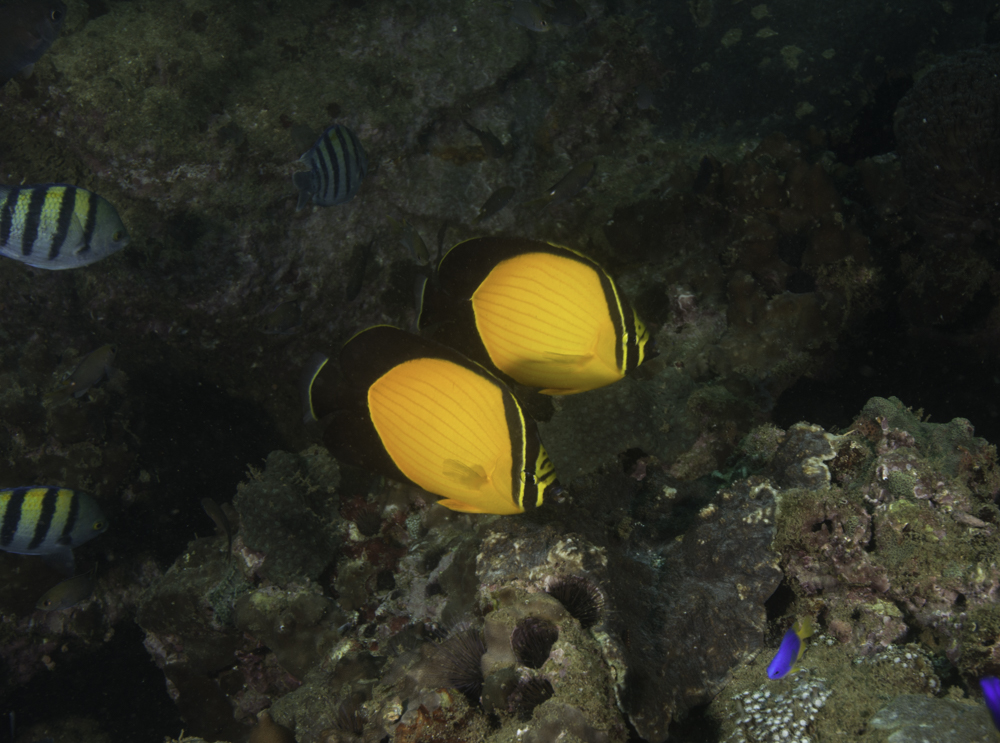 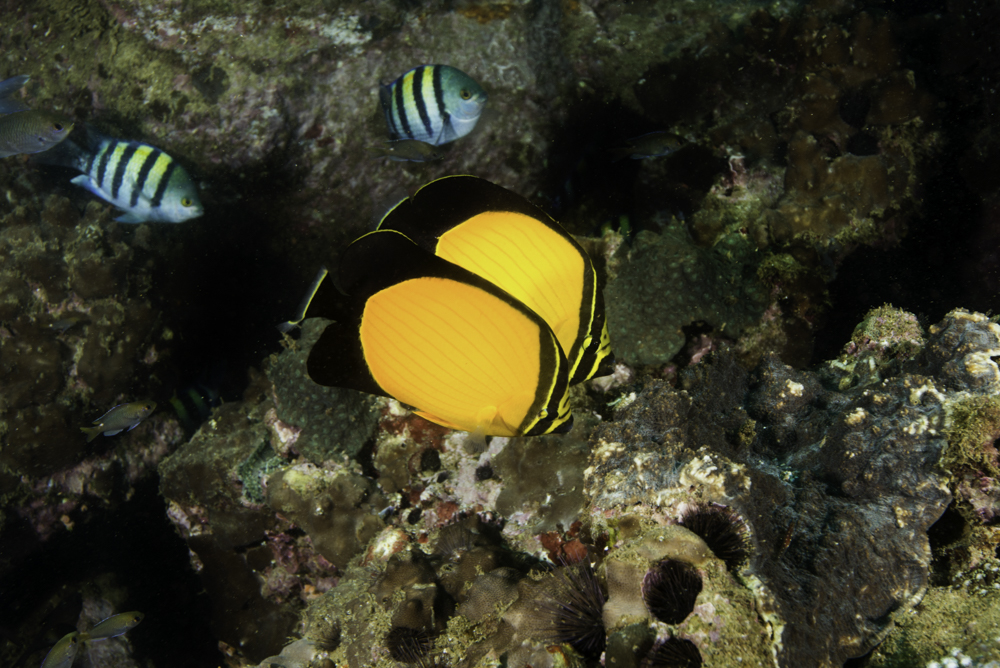 This species seems to be harder to approach than its cousin.

Having something of a similar appearance comes my next fish, C. melannotus. 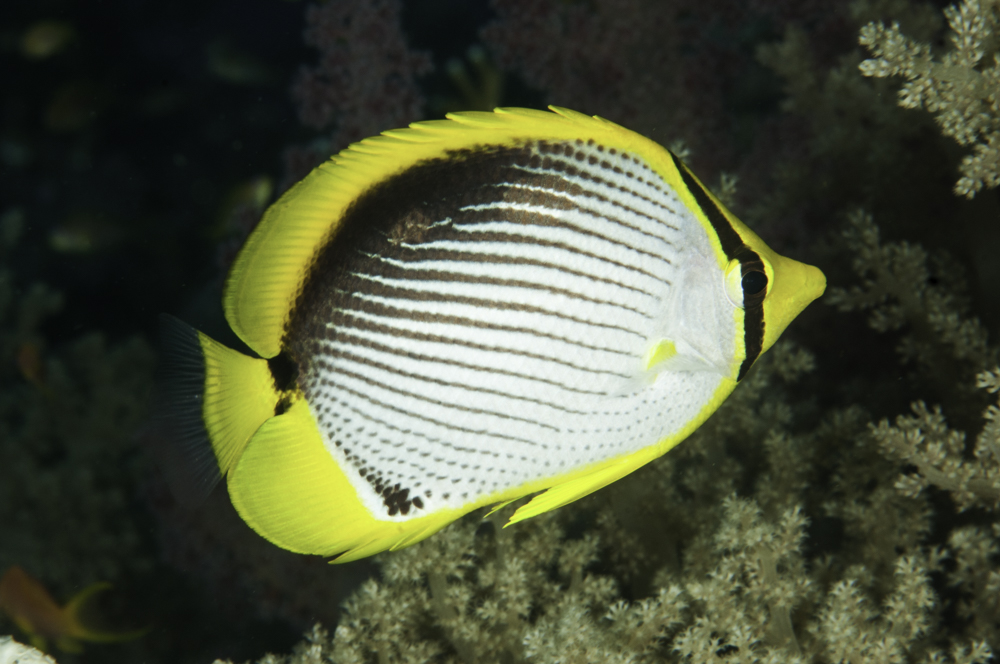 The Black-banded butterfly is a much more widespread fish, found across the Indo Pacific from the Red Sea to South Australia.  Again this is a polyp-eater and common on coral-rich reefs.  This fish was around 10cm, but will reach about 15 when fully grown.

To carry on the theme, here’s a fish with a more limited range.  This is C. fasciatus, the Red Sea Raccoon butterfly. 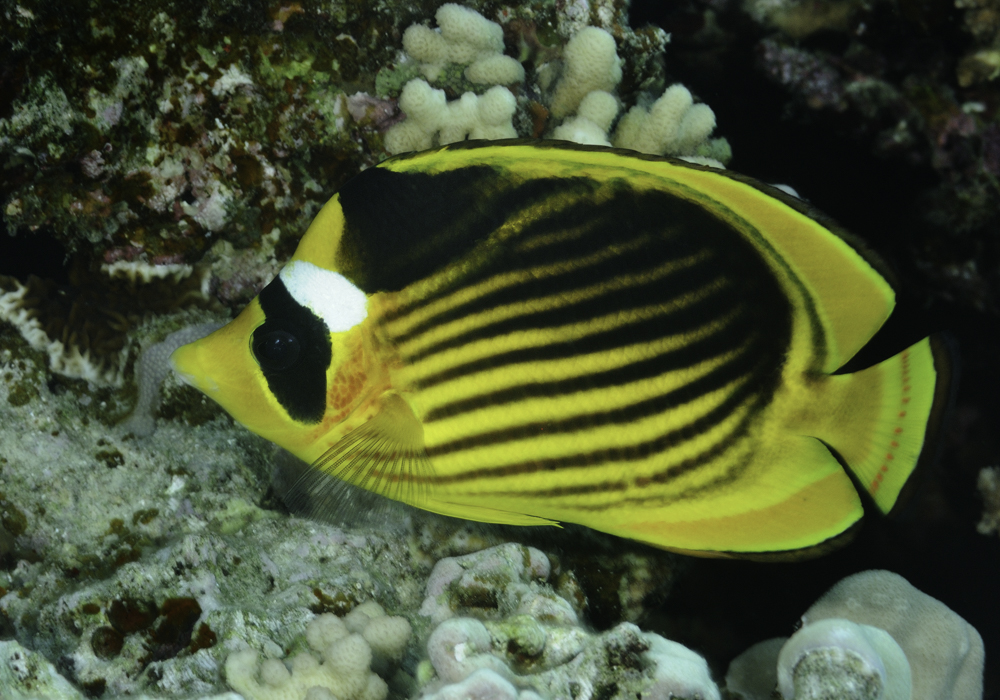 Red Sea Raccoon butterfly. I have seen this called the Masked butterfly

This is another species found around Arabia only, specifically the Red Sea and Gulf of Aden.  This fish is reported to have a wider diet than some of the obligate corallivores and is seen eating algae and crustaceans.

My final species is often considered the ‘go to’ fish for Red Sea endemics.  C. semilarvatus, the Masked Butterfly.

This is a larger fish at just over 20cm and is, in my experience more often seen in loose shoals than the others.  It really is a beauty! 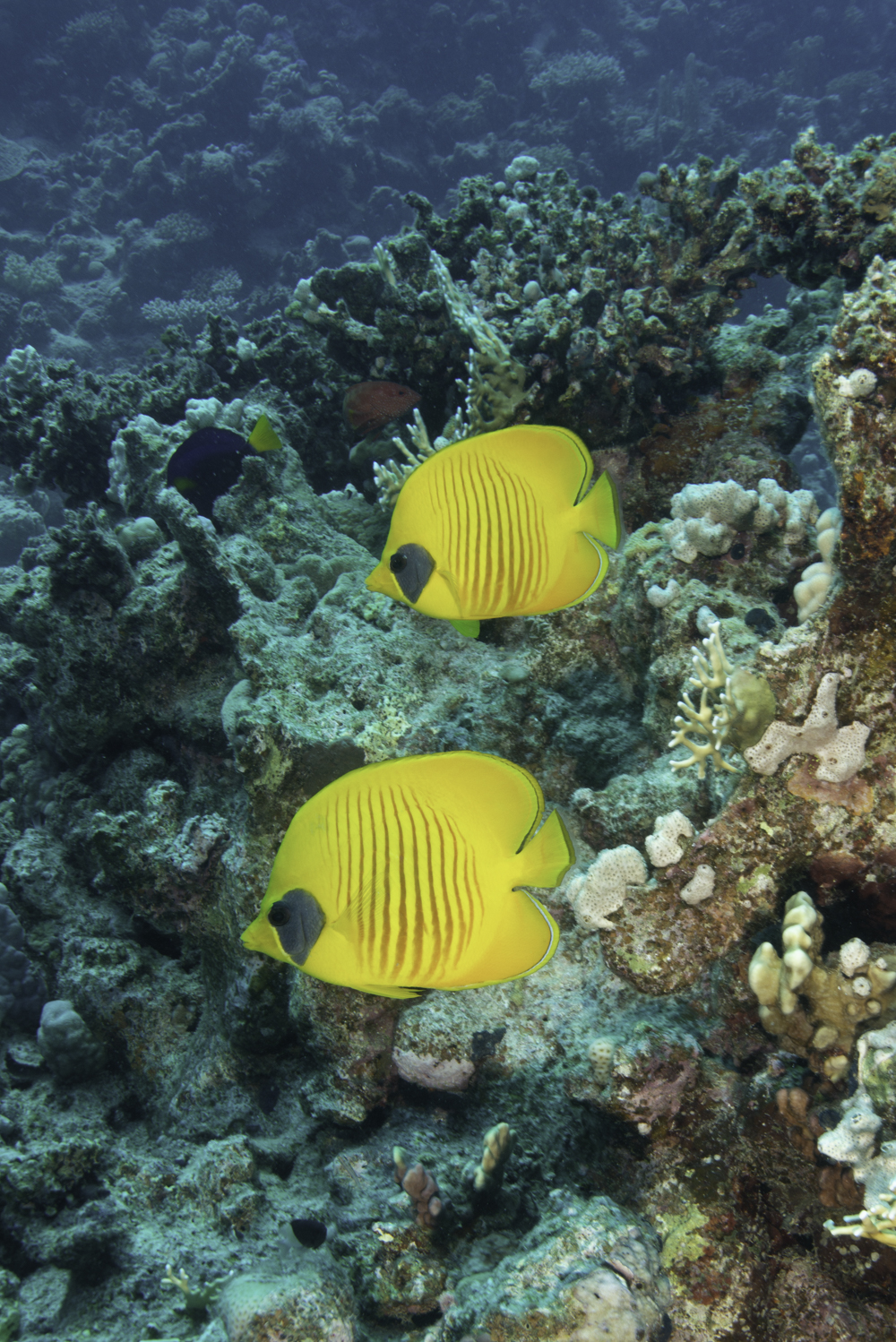