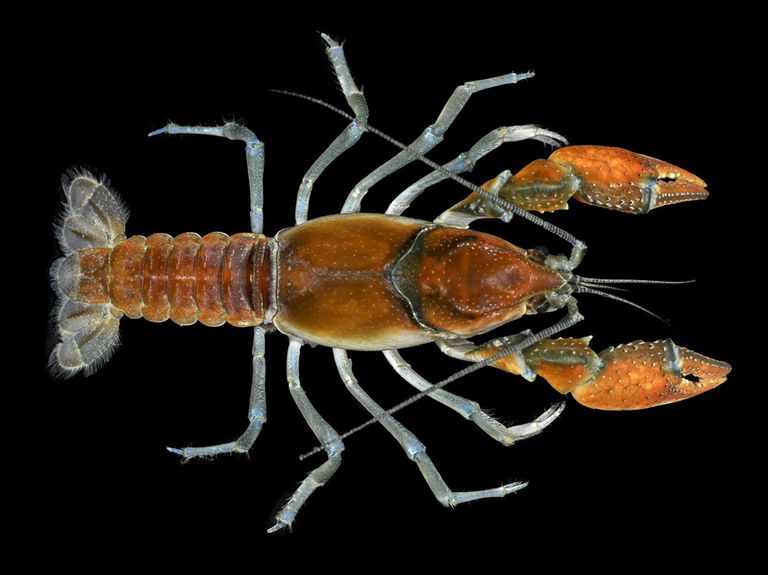 
You may think that we’ve identified all the organisms within populated areas, but Fallicambarus schusteri isn’t the first new species of crayfish discovered in places frequented by humans.  For example, in 2014, a tiny green Gramastacus crayfish was discovered at New South Wales, one of Australia’s most developed areas.

Fallicambarus schusteri is described in Zootaxa from the Red River drainage of extreme southeastern Oklahoma and southwestern Arkansas.  It is the twentieth species of the genus Fallicambarus, which includes many vulnerable, endangered and critically endangered crayfish due largely to pressures from human activity.