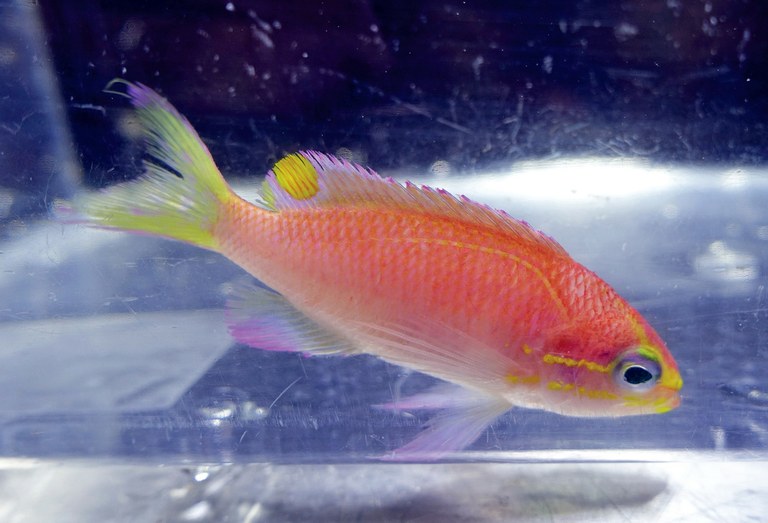 
Tosanoides obama is described from two specimens collected at a depth of 90–92 meters off Kure Atoll and Pearl and Hermes Atoll, Northwestern Hawaiian Islands, part of the protected Papahānaumokuākea Marine National Monument.

The new basslet was discovered by NOAA scientists exploring the mesophotic reefs of Hawaii on June 5, 2016.  Initially, i twas thought be a juvenile of Pseudanthias thompsoni, but analysis revealed that the fish is a new species of the genus Tosanoides.  T. obama is only the third of the genus.

In August 2016, President Obama expanded the size of Papahanaumokuakea Marine National Monument to 582,578 square miles. This is more than twice the area of Texas, six times the size of the UK, making it the world’s largest marine reserve … and the only known home to T. obama.

Holotype of Tosanoides obama (upper left) alongside presumed female (lower right, not collected) immediately prior to collection of the holotype, at a depth of 90 m off Kure Atoll, Northwestern Hawaiian Islands. Both fish retreated into the same hole moments after this image was captured. Cropped frame from video by R. L. Pyle.