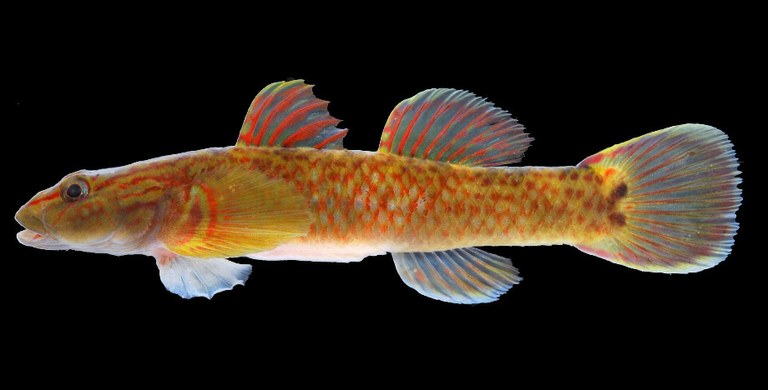 Rhinogobius mizunoi is the newest member from the most species-rich freshwater genus.  Rhinogobius, also known as Asian river gobies, now contains 74 recognized species.  R. mizunoi comes from clear, temperate freshwater streams of Northern Asia’s mountain ranges.  As such, it is a temperate species so this beautiful species is unlikely to ever make its way into the aquarium trade (unlike its southernly sub-tropical cousins such as Rhinogobius duospilus, which are kept by fishkeepers).

Rhinogobius mizunoi is described in the Bulletin of the Kanagawa Prefectural Museum (Natural Science).