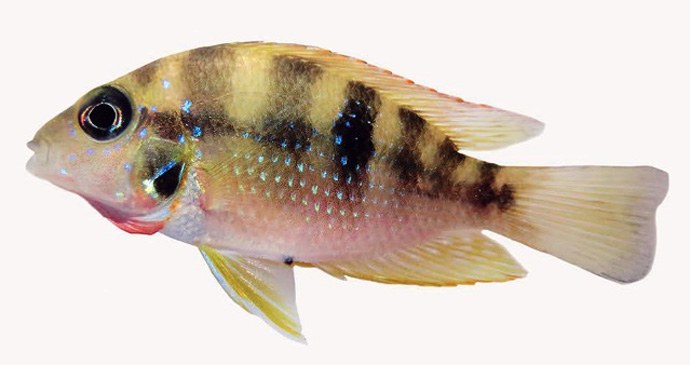 
Prior to the formal description as a new species, this fish was identified in the aquarium trade as either Thorichthys sp. “Mixteco” or Thorichthys sp. “Coatzacoalcos.”  There are three color “types/forms” of this Thorichthys – Blue, Green, and Gold/Orange – that are kept by hobbyists.  The author of the paper describes all three types as the same species, Thorichthys panchovillai.  Pigmentation varies “depending on the geographical area” of the Coatzacoalcos Basin from where this cichild is found.

Like other Thorichthys, T. panchovillai is a small cichild, attaining a maximum lengh of about 100cm (4 inches).  Their natural habitat is hard, alkaline water that is slightly cooler than most tropical species (sub 24C/75F). Their small size and relatively non-aggressive personalities make them great aquarium fish.