A short tale and thoughts on how hardy corals really are 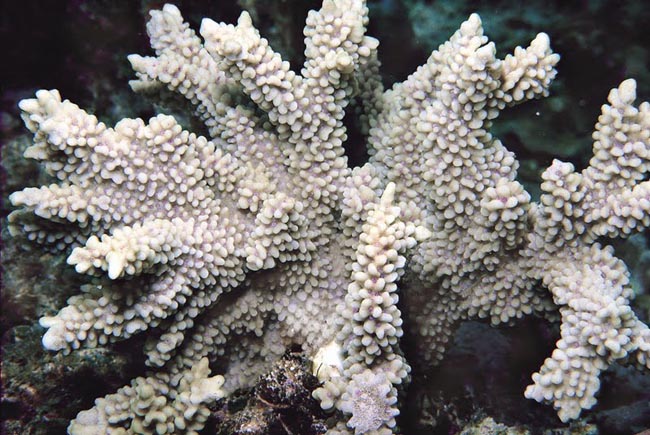 A few weeks ago the Hawaiian Islands were hit with a series of major storms. These caused substantial flooding in many parts of the state. For example, Lihue on the island of Kauai set a new rainfall record on May 5th of 8.64 in., obliterating the old record of 1.14 in. and topping the all-time record of 6.7 in. Over the course of a few days most parts of the state received at least 3″ of rain with the rainest parts getting on the order of 12-36″ of rain. We also had crazy lightning and hail in a few locations. In fact, a hailstone collected from here in Kaneohe, where I live and where the Hawaii Institute of Marine Biology (HIMB) is located, was measured at 4.25 in. across, setting a new record for the state. It was a crazy week, let me tell ya.

For a few days, the inner portion of Kaneohe Bay (HIMB is located on Coconut Island in Kaneohe Bay, and the Bay is full of coral reefs) looked like a mud muddle. I happened to be working on the island the evening when the first big storm hit (and ended up having to spend the night as a result). During that storm I saw huge amounts of muddy freshwater pouring onto the corals located in the various lagoons and boat channels that surround the island. During a subsequent storm which I was not present for, the lower elevation sections of Coconut Island ended up flooding. While I didn’t see the flooding myself, I did find a Tilapia sp. (fish) a couple of days later in the middle of one of the walkways, at least 50 ft. from the ocean or an aquaculture research tank that could have been its origin. Need I say more?

The salinity of the water coming through our seawater system, and pumped from a depth of perhaps 15 ft, dropped from about 35 ppt to a minimum of about 30.5 ppt, which is tolerable by most corals, but corals in shallow water and especially close to land definitely saw much lower salinities than this, if only transiently. On top of that, our local wastewater treatment plant accidentally dumped 51,000 gal of raw sewage into the Bay as a result of the storm (whoopsie!). My expectation was that, once the mud settled out, I’d see lots of dead or dying corals in these shallow areas, hardest hit by the storm.

Much to my surprise, once the water cleared it was apparent that almost all of the corals were alive and seemingly unscathed. One small Montipora capitata colony close to one of the docks died, but I haven’t found any other dead corals. I’ve been watching for a few weeks now, and at least the corals around Coconut Island appear none the worse for wear. The ability of these corals to cope with sudden, large drops in salinity, to slough off fairly large amounts of mud, and cope with whatever other nasty chemicals, nutrients, and myrid junk was washed into the ocean is pretty darn amazing.

How unsettling would it be to do your next water change with water collected from a storm drain?