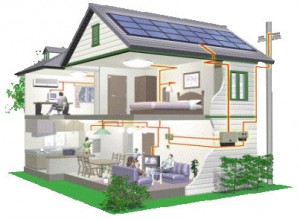 So I’ve been talking about making reef aquariums carbon free. This means that energy required to power your aquarium comes from a source that doesn’t generate any carbon footprint. Years ago this was either impossible, or extraordinarily expensive. Personal wind turbine technology was in its infancy, and no company existed that was investing in developing personal turbines. The same can be said about solar. Solar power existed, but there wasn’t a huge investment in personal solar technology, or solar systems meant to power an entire home, or for a single purpose such as heating water. Today renewable energy is having a renaissance. The building industry is striving to make energy efficiency a standard, and with that have come a host of advances in solar, and solar/propane shared technology.

There still exists a lot of confusion about how energy consumption works, and how our aquariums translate into the factor of generating a carbon footprint. I will try to breakdown some of that information and present dollar value figures, as to what it costs to power an average reef aquarium on the power grid, and what it costs to make that aquarium carbon neutral via solar technology.

For this comparison I put together an amount of wattage consumption for the average reef aquarium. This is a tank around 100-150 gallons, which is operating a modern return pump, two circulation pumps, two 150 watt heaters, three leading LED lighting fixtures, a protein skimmer and several reactors.

This brings an average aquarium’s total power consumption to 1,039 watts, just over a kilowatt hour of power. To power this tank on grid power at the average national rate of 12 cents per hour, the aquarist is only paying $ 2.88 per day, for a total of $ 1,051.20 yearly. If you’re using grid power, it’s likely coming from coal, natural gas or in some rare cases wind and solar. Other power generators are hydroelectric, but those are fairly rare. If your power is generated using coal, your tank is burning through about 25.2 pounds of coal per day, and 9,198 pounds of coal each year.

Thus powering the tank releases 50 pounds of CO2 into the atmosphere per-day, and 18,250 pounds of CO2 per year. While this may sound like a lot of CO2 released by powering one average aquarium, it’s important to remember that the average family car releases 4.7 metric tons of CO2 per year. That said, it’s far easier (and cheaper) for an aquarist to make their aquarium carbon neutral, than it is to retrofit the family car with solar, or hydrogen burning fuel technology. 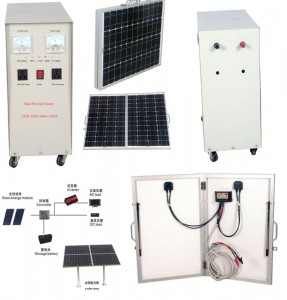 The first thing to consider when looking at solar as an energy option for a reef aquarium is how much power you need to generate for the entire tank. Based on the figures above, an average tank takes around 1,039 watts of power to run, for a total of 24,936 watts per day. Second, you have to realize that there are two ways to use solar power to make an aquarium carbon neutral. If you live in a very sunny area, say South Florida, chances are solar can power your tank throughout the daylight hours. In the evening your tank would have to revert back to grid power, or use a solar generator to cover its consumption until the following day.

Since it’s unlikely that anywhere will be sunny 365 days out of the year, I’ve done the following calculations based on using a powerful solar generator. With a solar generator, you truly establish a carbon neutral aquarium, as batteries are powering the aquarium when energy from the sun is available, and the energy to charge them came from the sun.

The following are required items to set-up a personal solar system: 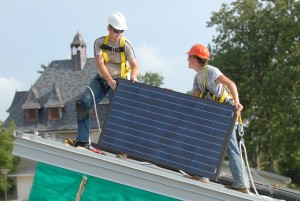 It’s without a doubt that a solar, carbon neutral aquarium has some serious upfront cost, about $ 6,766 for an average aquarium. Though, here is the good news. Your yearly electricity to power the aquarium costs $ 0.00. At around $ 1,051 dollars per year in electricity costs, it will take less than six and half years for you to begin saving on that investment. When we look at long term investment of renewable/efficient energy in building, this would be considered a very good return, as it takes less than 10 years to start feeling the effects.

Solar is not the best option for everyone. Some of us live in areas that get only shaded amounts of sunlight, or the sun’s strength decreases greatly in the winter months. The reality is that compensating reduced solar energy with a larger generator is an option. By the time your solar system is paying for itself, it will have saved 109,500 pounds of CO2 from being released into the atmosphere. Whether the question is money, or environmental consciousness, it’s not a bad investment.