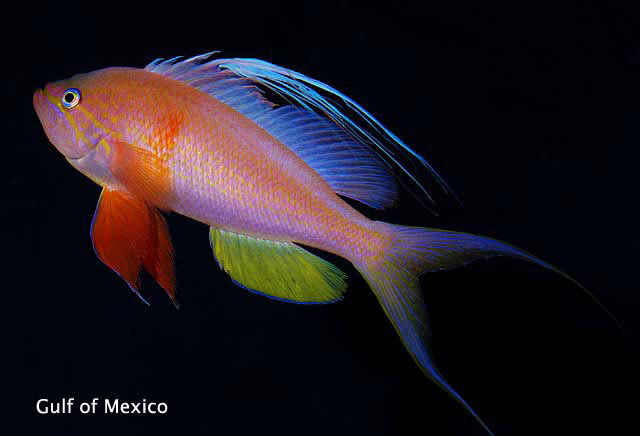 In the pantheon of deepwater fishes, few show quite as much panache as the Red Barbier (Baldwinella vivanus), a mesophotic anthias par excellence. Mature males, which sport brilliantly colored ventral fins and an exaggerated coiffure emanating from the fourth dorsal spine, can rival even the most gaudy of Odontanthias. Now, for the first time in recent memory, this ridiculous fish has been collected and is being offered for home aquarists. 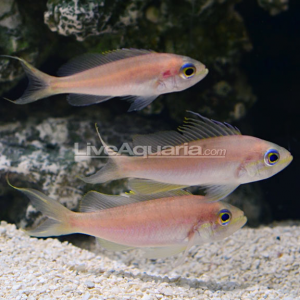 While not uncommon in their natural habitat, the two species of Baldwinella are mostly unknown in the aquarium hobby. They occupy depths below 40 meters in the Western Atlantic, from Canada south to Brazil. The trio of specimens being offered by LiveAquaria originated in Curaçao and was collected by the CuraSub, collector of so many obscure fishes from the Caribbean depths. With a maximum size approaching ten inches, this group will be a real centerpiece for whichever aquarist snatches them up, though it will likely take a little while before they color up to their full potential. 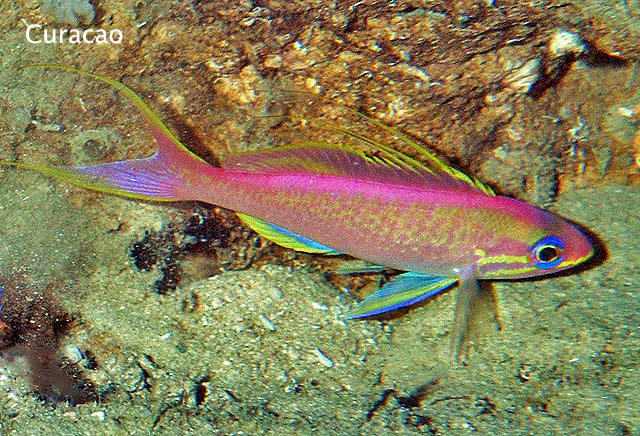 For those not keen on emptying their wallets for a rare fish like this, you can always just collect your own Baldwinella.