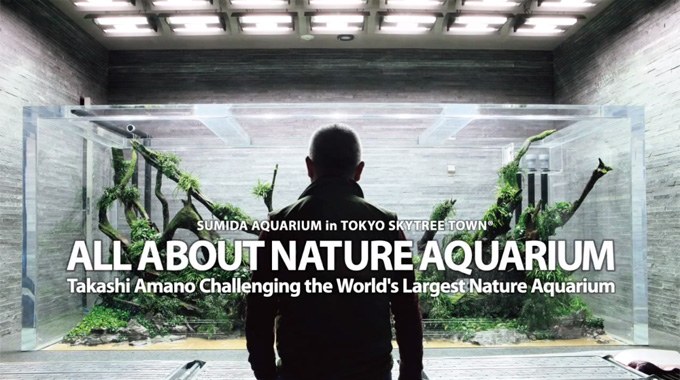 The artist and his aquatic canvas

Takashi Amano oversees one of his exhibits.

The Master at Work

Sumida Aquarium is a new public aquarium located in the Tokyo Sky Tree Town complex in the heart of urban Tokyo.  Aquarium curators have naturally tasked (no pun intended) the world’s most influential freshwater aquascaper, Takashi Amano, to design massive nature aquariums for Sumida Aquarium, which opened its doors to the public this month (May, 2012).  ADA video cameras record the intensive design process, and it’s like nothing you’ve seen before.

Advanced Aquarist shares part one (of a planned four part) mini-documentary.  If you aren’t a freshwater aquascape fan yet, this video will make you a convert.  The discipline and meticulous thought behind everything Amano does is truly a sight to behold. The artistry behind Amano’s craft is enough to make a grown man cry.

Our sincere thanks to Jason Seymour for the referral.