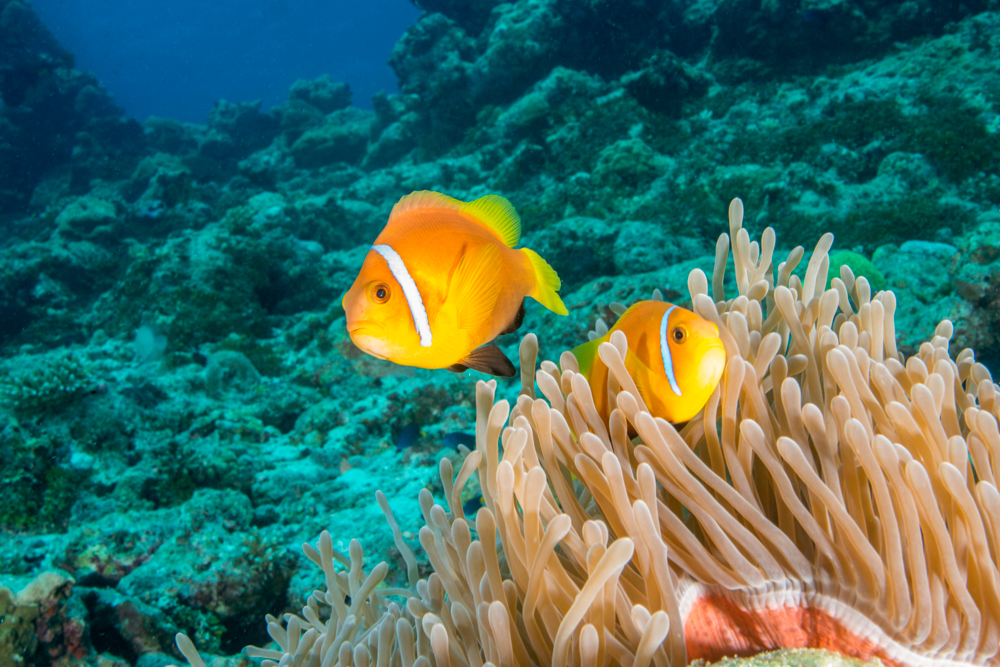 I came across some more images of the Blackfoot Clown from a trip to the Maldives last year, and thought I’d share them. This really is a splendid fish with clear markings and coloration which makes it stand out in the often-cloudy waters of the Indian Ocean. 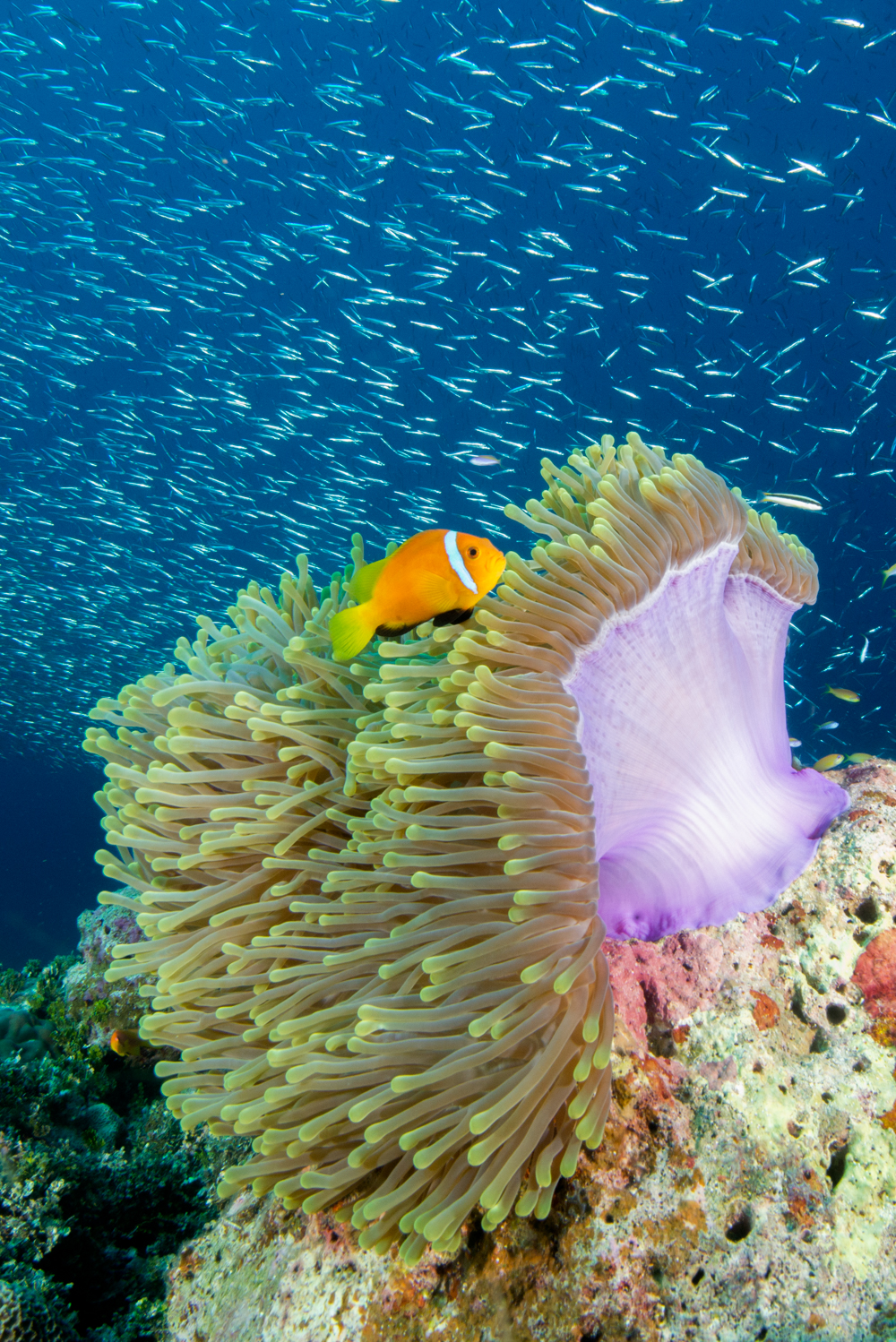 A. nigripes, also called the Maldivian Clown, is found in the western Indian Ocean. It is common across the Maldives and Sri Lanka. 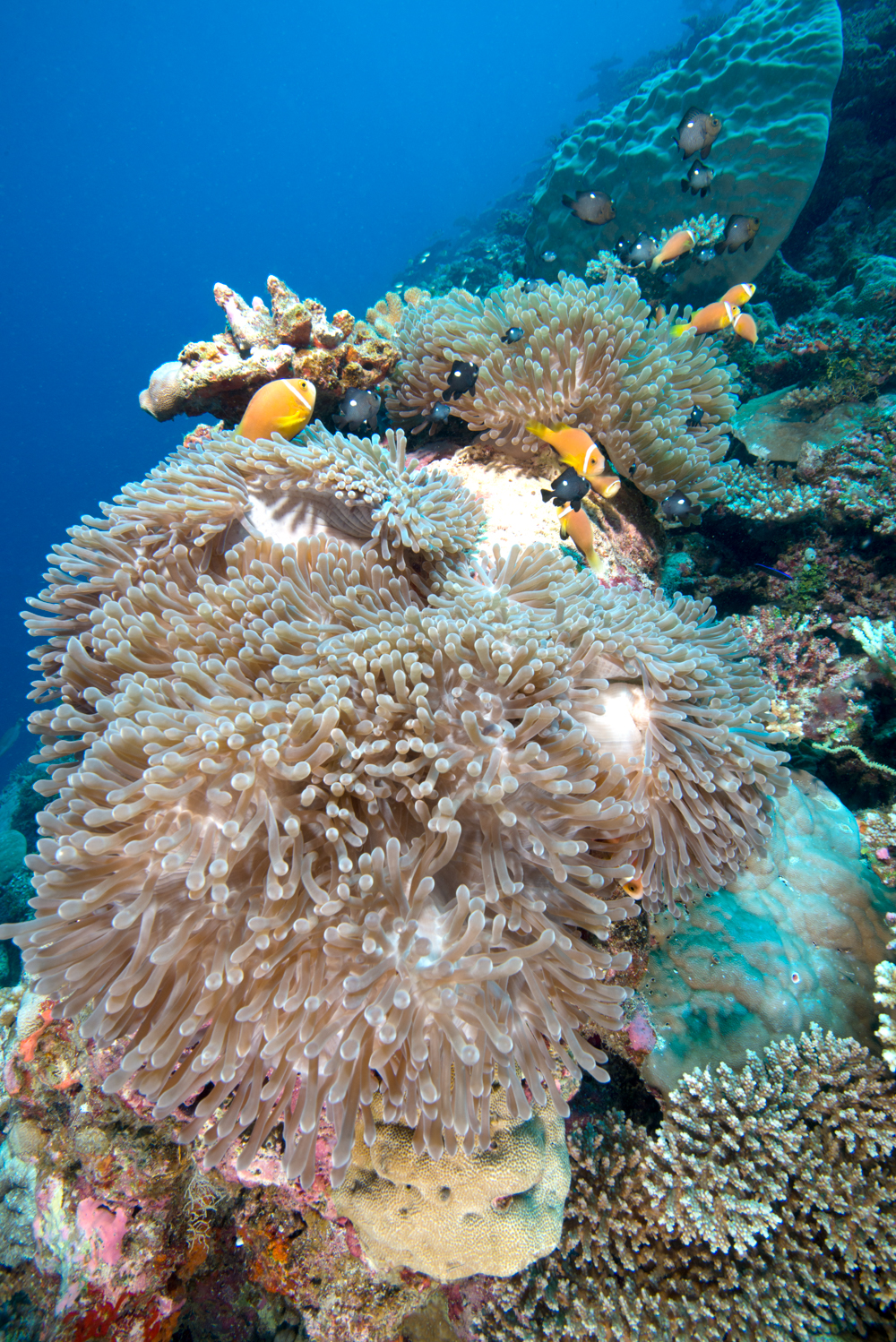 I only found the species hosting in Heteractis magnifica, though it may perhaps host in other species in captivity? I should add I don’t know if this is true, but this can happen with other fish/anemone combinations that are not found in the wild. 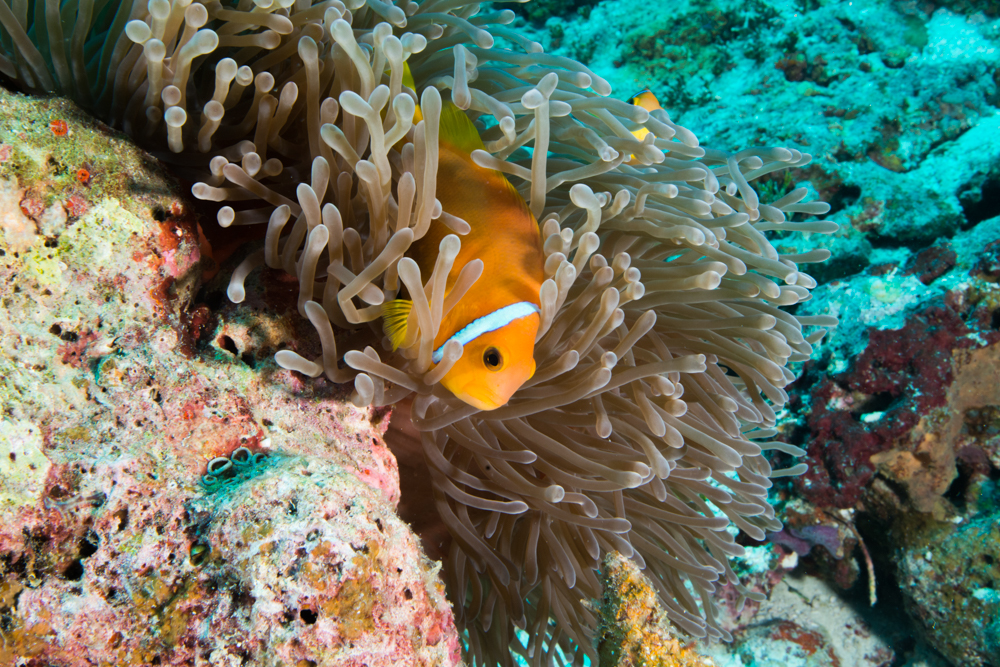 Amphiprion nigripes was once a rare fish, but I understand they are now available as captive bred specimens, with all the benefits that provides to wild populations. You may also see it listed as the Rose Skunk Clown. 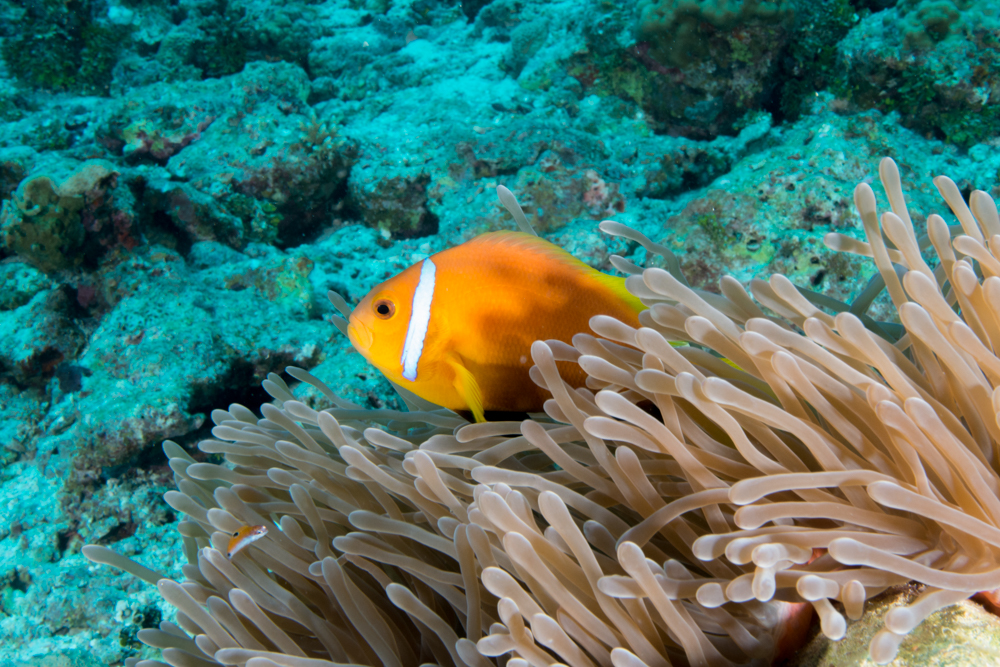