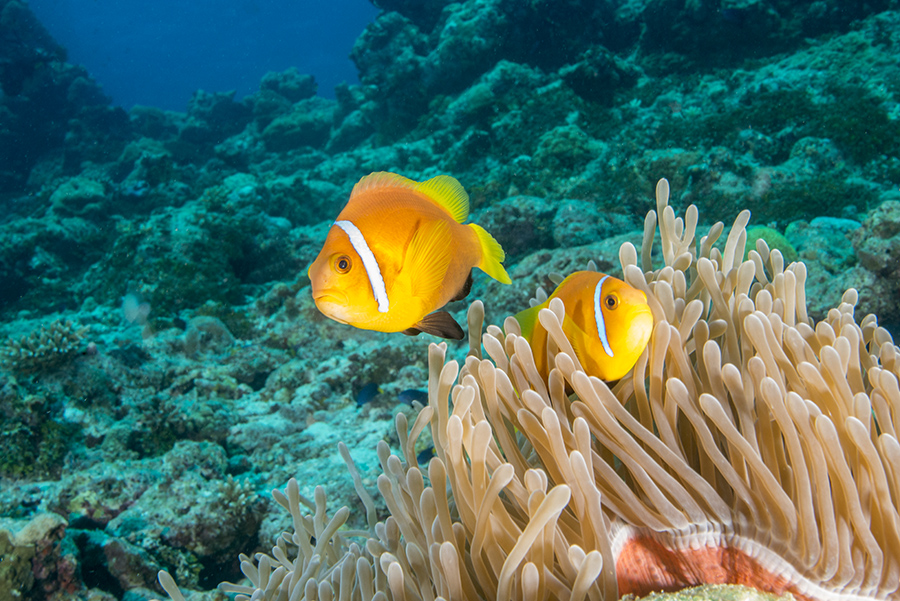 It is no surprise that clownfish make such popular photographic subjects.  Not only are they attractive, but unlike most fish, they tend not to swim away, choosing instead to hunker down in their hosts’ tentacles and stare resolutely at the camera.  Here is my selection of my best pics of  A. nigripes from the Maldives. 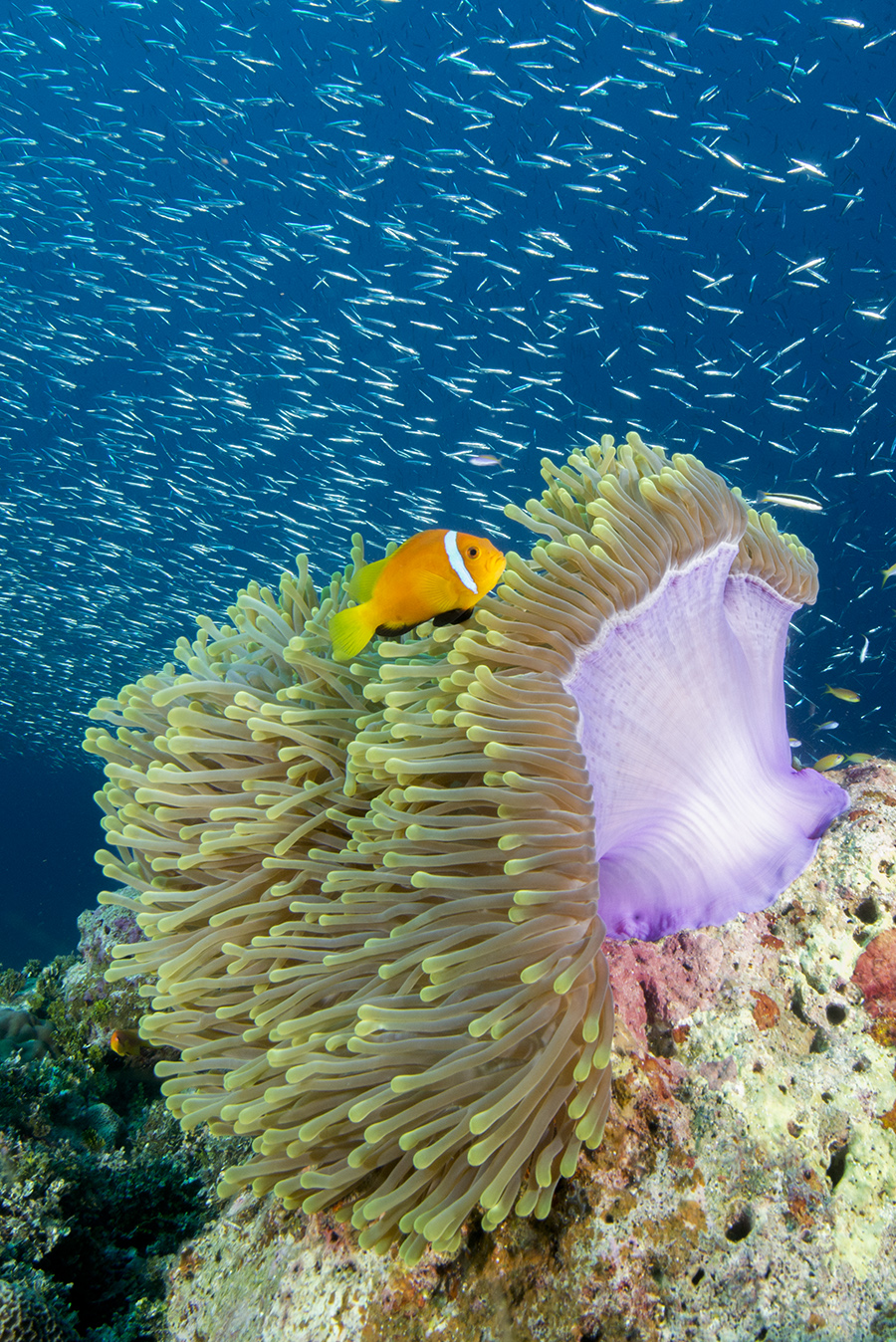 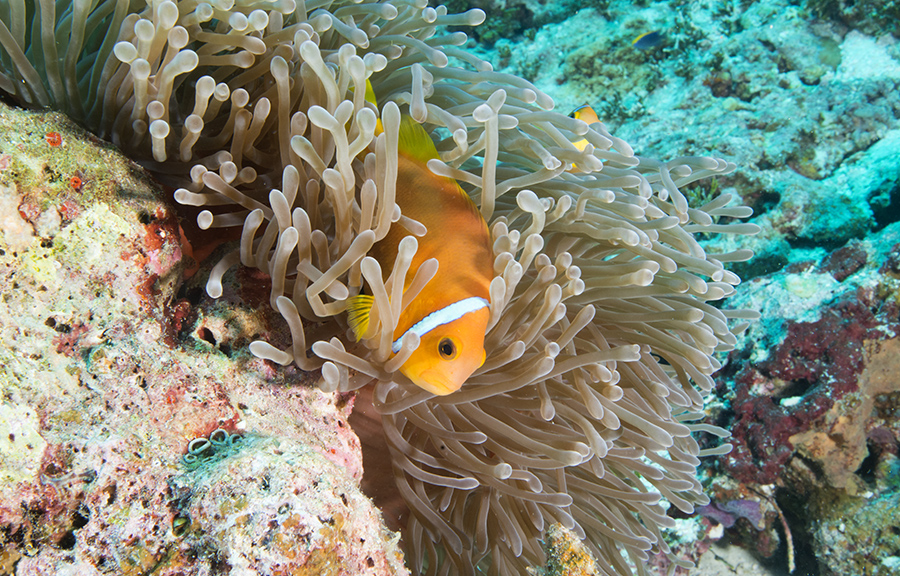 I mentioned in the intro that clowns will stare boldly out at the camera, well I have to say, there does seem to be a fair bit of variability in just how brave they are.  I’ve photographed A. bicinctus and A. clarkii and found both to be pretty tough, often rising from the anemone to try to drive me away.  A. nigripes, on the other hand, is a little less confident and will often retreat to the far side of its ‘nem and will take quite some time before it re-emerges and even then, it may do nothing more than peep out at you. 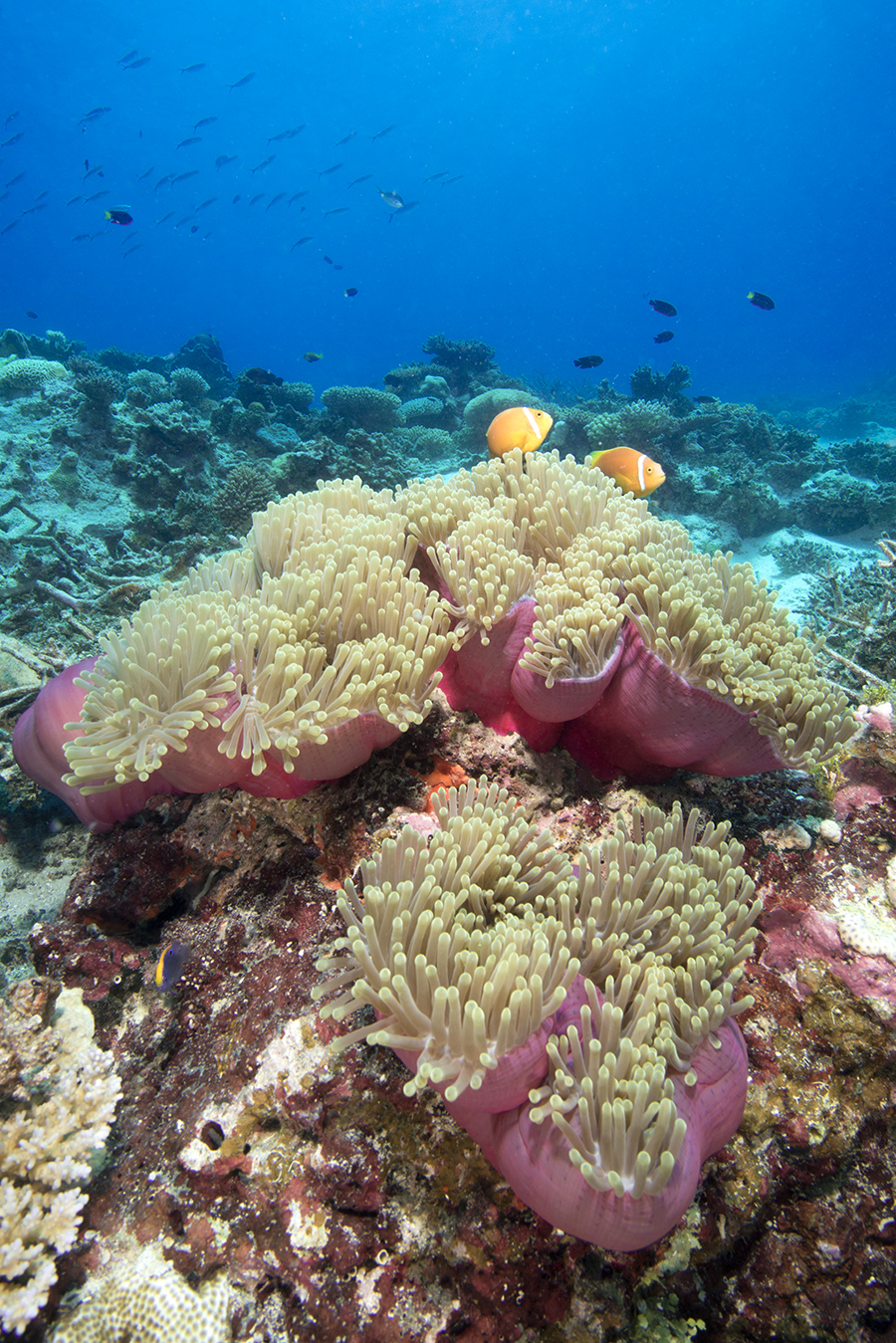 I’ve only ever seen this fish in Heteractis magnifica, which given its colorful mantles can make for some striking images, when they are seen against the blue, along with the clown. 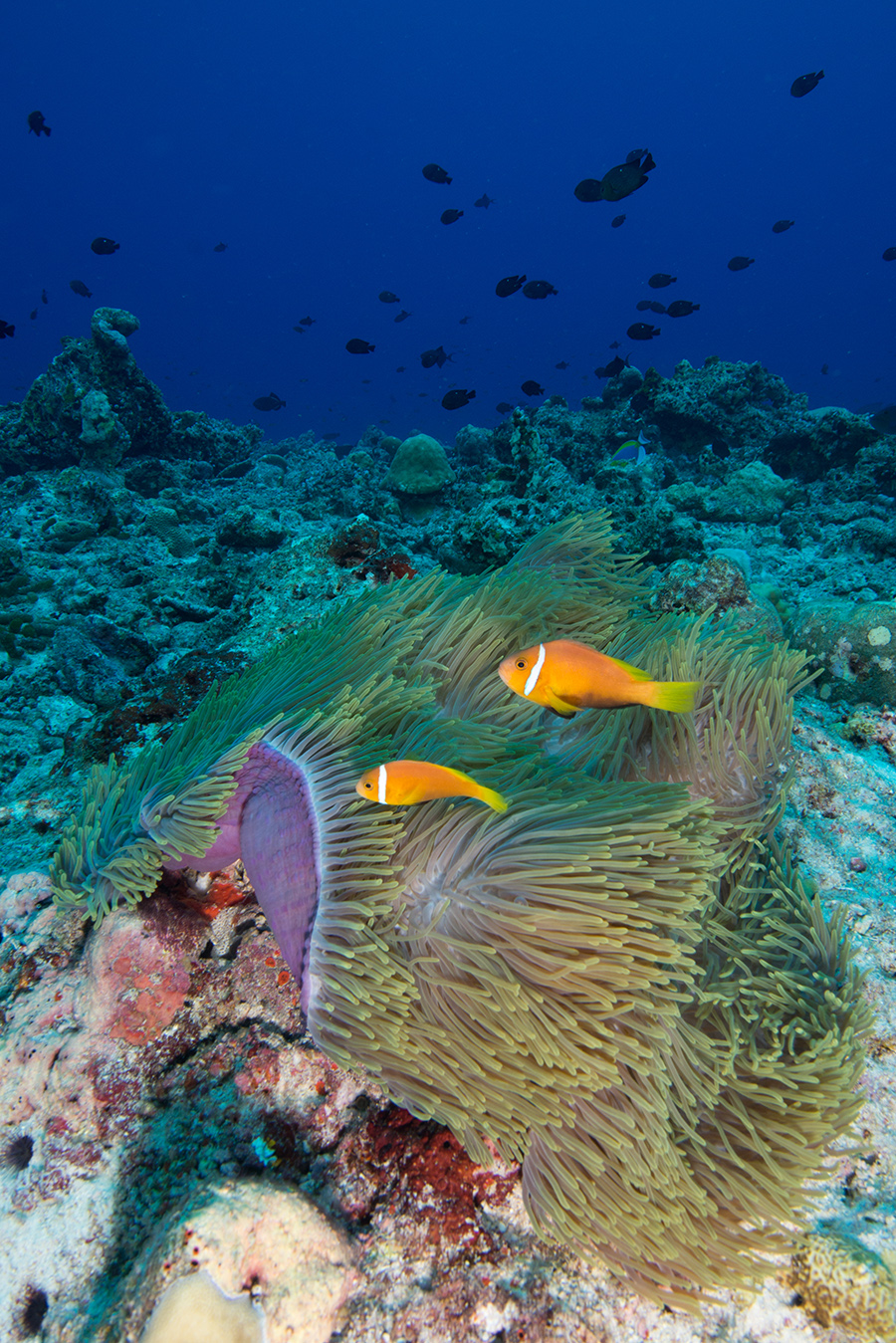