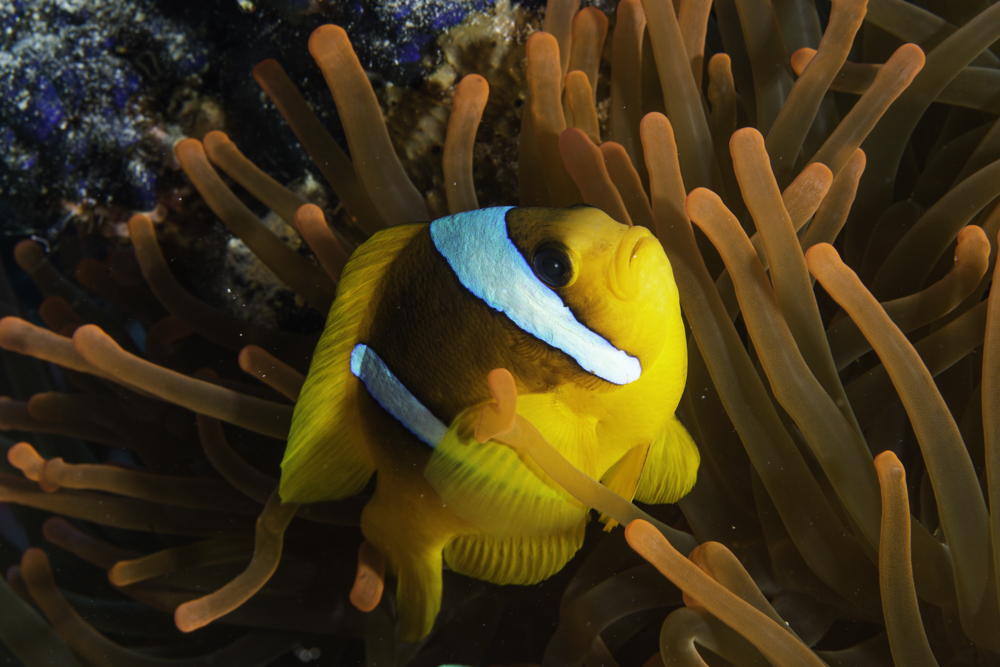 I’m a huge fan of the Red Sea’s most common clownfish, Amphiprion bicinctus.  It’s a great photography subject, and when hosting in a spectacular anemone, it makes an amazing combination.

Not all clownfish are as easy to shoot as A. bicinctus, which makes this ebullient fish a favorite of novice shooters and pros alike.  Some clowns will hide behind their anemone, not this one though, a. bicinctus will hunker down and keep launching attacks at any perceived threat, meaning you can get some photos without chasing it around its anemone home. 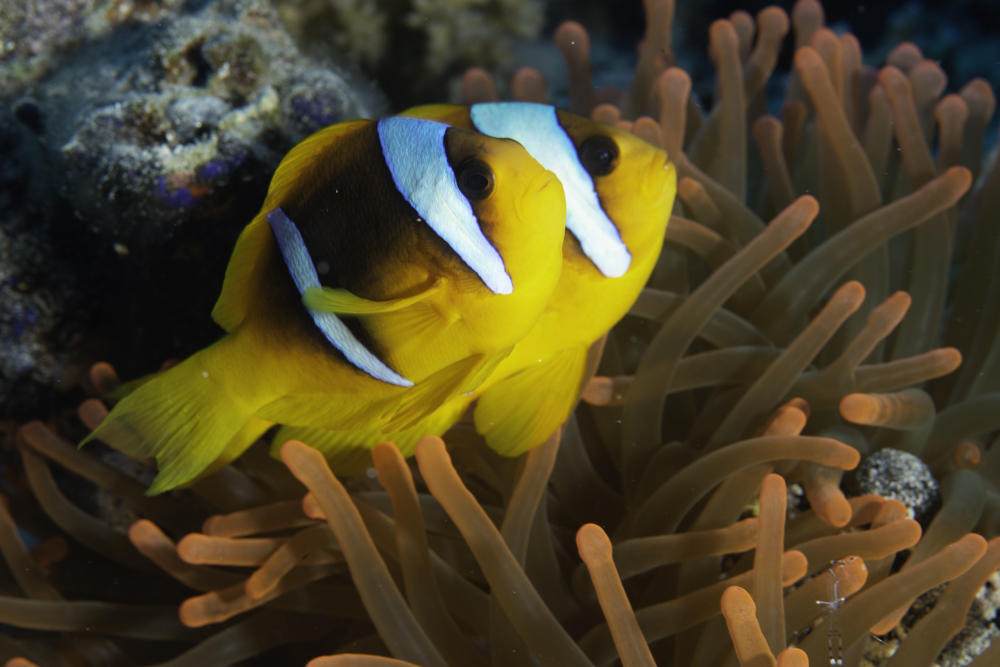 It’s a striking looking fish, with crisp clear black lines edging the two white stripes which gives the species its name: Bicinctus literally means ‘twice cut’.  I came across this pair and their spectacular home on a shallow reef, the ‘nem appeared to glow with a luminous reddish pink, which my camera seems to have rendered more to the red end of the spectrum. 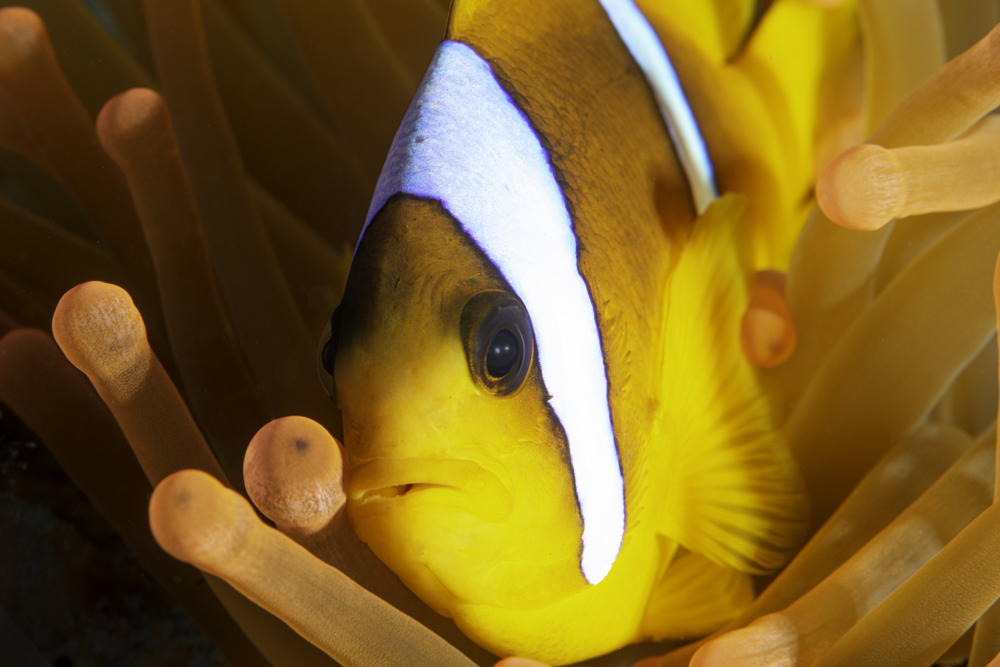 Sometimes, anemones in the Red Sea host young Dascyllus trimaculatus as well, but not in this case. What I was able to shoot were a few shrimps which I think are Periclimenes longicarpus, though as ever, I’m happy to be corrected. 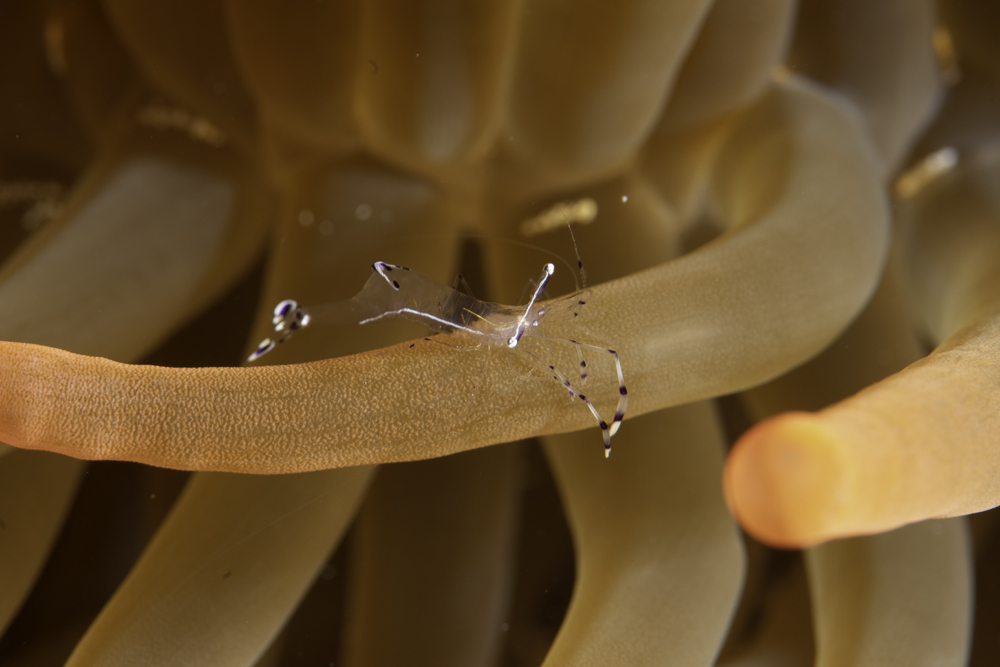 As you can see, these are very small critters and quite a challenge to shoot.