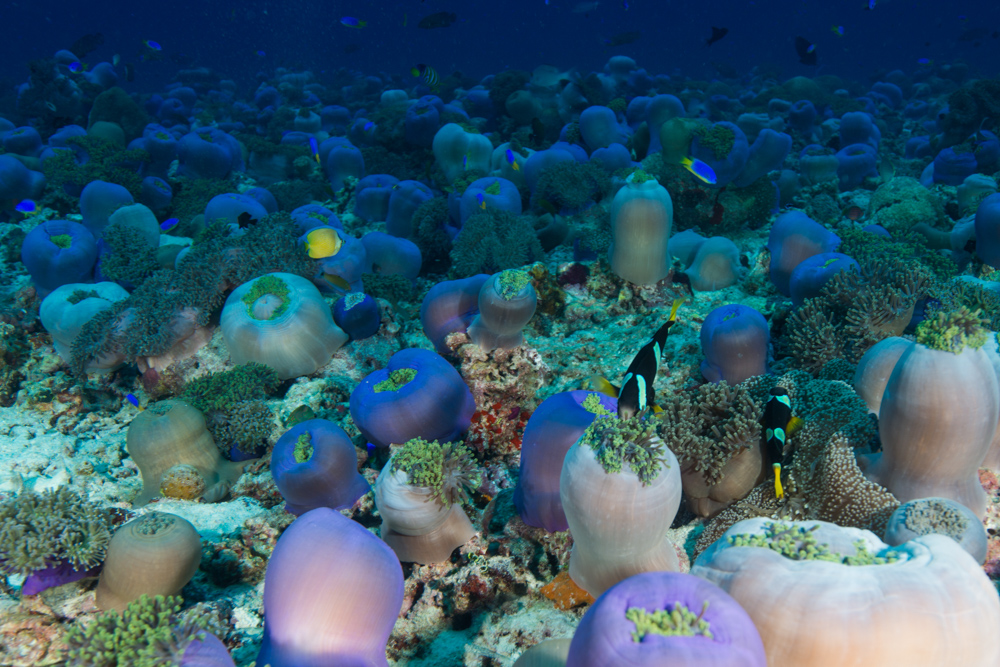 It seems that every diving destination I visit boasts an ‘Anemone City’ or ‘Nemo City’ somewhere within reach of its boats or on its house reef.  I think it’s something to tick of the list of ‘things dive centers must be able to offer.’ It’s almost always a good thing; a nice patch of anemones, full of pretty photogenic clownfish is always a welcome sight for novices and professionals alike.  Every so often though, you come across a ‘city’ that’s more like an entire county.  This was one of those encounters. 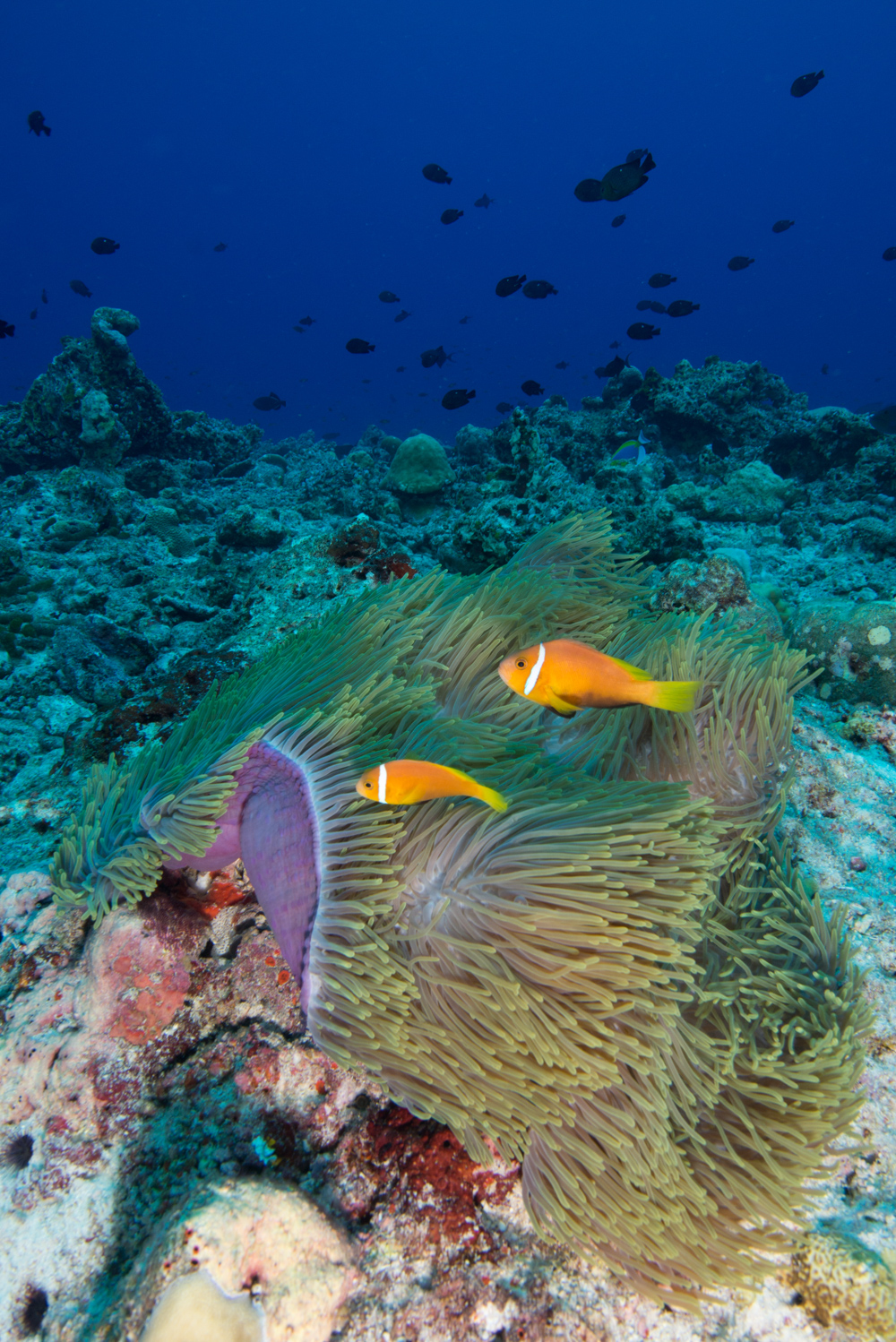 This particular site in the north of the Maldives has only recently been found.  It’s known as a ‘thila’, a local word that describes a small reef just about visible from the surface.  When I visited, the weather was poor and the anemones had closed up, revealing their skirts, which from the surface looking down fifteen meters or so was quite spectacular.  The absorption of red light meant the whole seascape seemed to glow with blue and purple jewels. 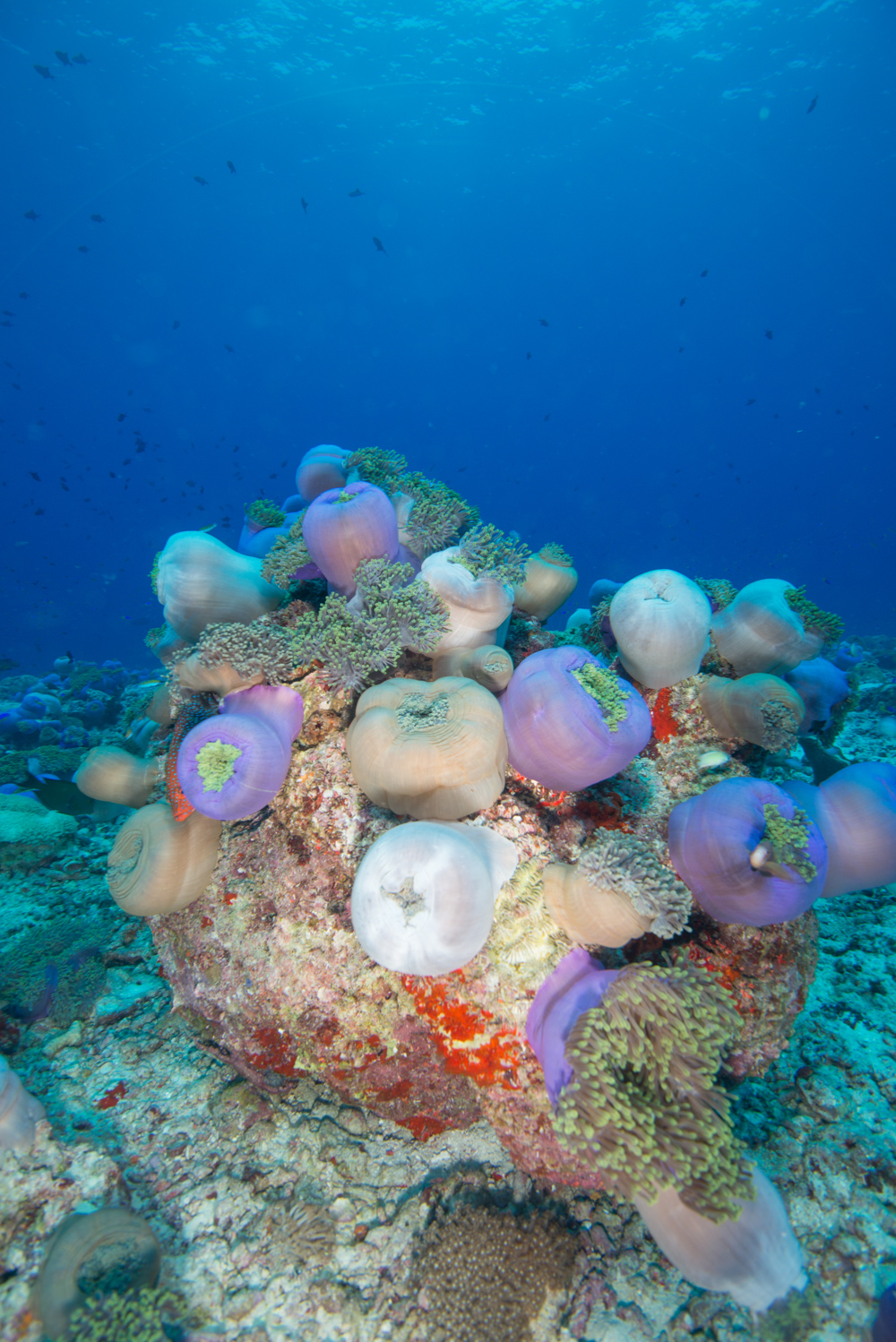 With artificial light of course the ‘true’ colors of the ‘nems are revealed: a mix of purples, pinks, and violets.  I have never seen so many anemones, seemingly all Heteractis magnifica, in one place.  There were literally hundreds of them as far as the eye could see. 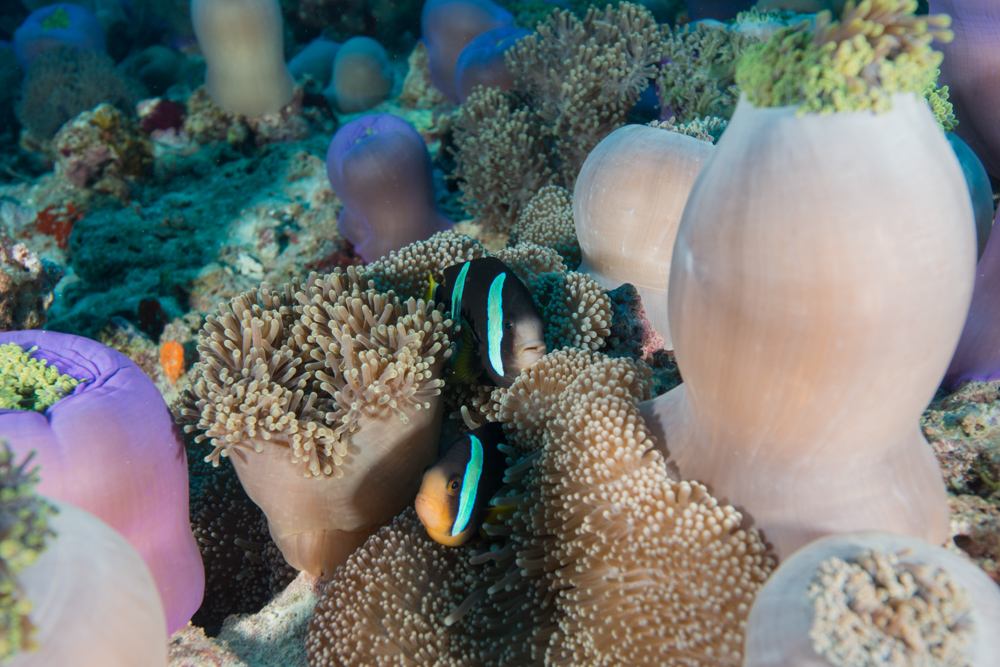 A pair of A. Clarkii by the looks of ’em 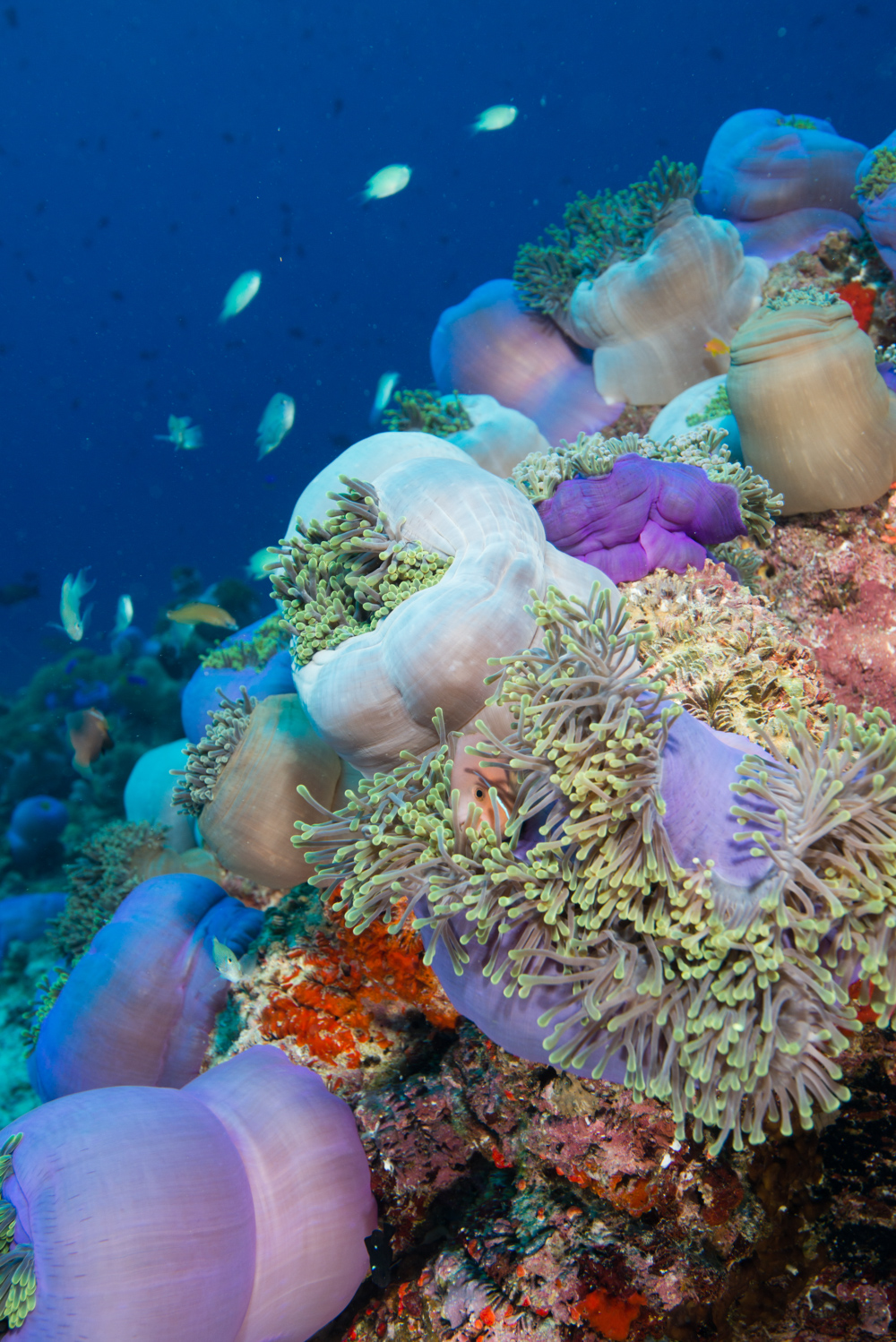 I had expected there to be more clown; on some locations that feature this species of ‘nem, say in the Red Sea, there are shoals of juvenile clowns.  Here, it was overwhelmingly pairs with very few youngsters around.