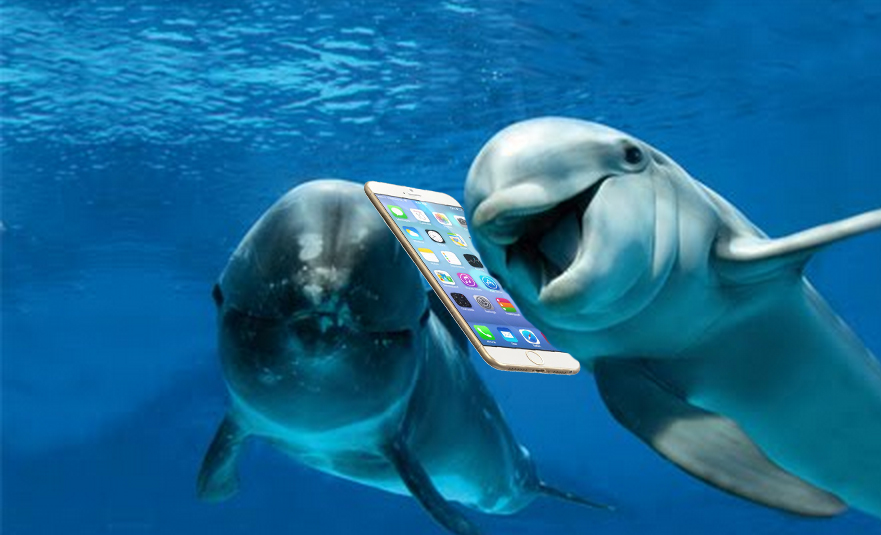 Generally speaking, dropping an electronic device into a large body of water is more or less giving it an impromptu burial at sea, but if you happen to be around a friendly cetacean, you might just have a better turnout. Dolphins rely heavily on chatting as a means of communication with one another, so is it really all that surprising how this particular one reacted when some poor girl dropped her iPhone into the depths of the Atlantic? He just wanted to make sure she could keep in touch with her pod! And since we’re in an age where everything can be documented, even whilst floating on a secluded platform in the middle of the ocean, there’s video of the selfless act below (it’s adorable, but could have done without the squealing).

‘Some girl’ is actually an NBA Miami Heat dancer Teressa Cee, and while vacationing in the Bahamas, she made her first mistake by handing her iPhone to a friend to hold. Said friend then proceeds to drop said phone. Her recount of the whole exchange is enthralling…

“We were on a floating platform in the middle of the Atlantic Ocean. So, against a my better judgment I asked someone to hold my phone for me and he accidentally dropped my phone into water and it sank to the bottom. Cacique, the dolphin, actually retrieved my phone and brought it back up to me. Cutest thing ever!”

I don’t know how the dolphin acquired a name since it’s supposedly some random good samaritan in the middle of nowhere, or how Teressa knows it, but you know ‘Cacique’ slipped her number into her contacts so she knows where to send the accolade. Check it out!