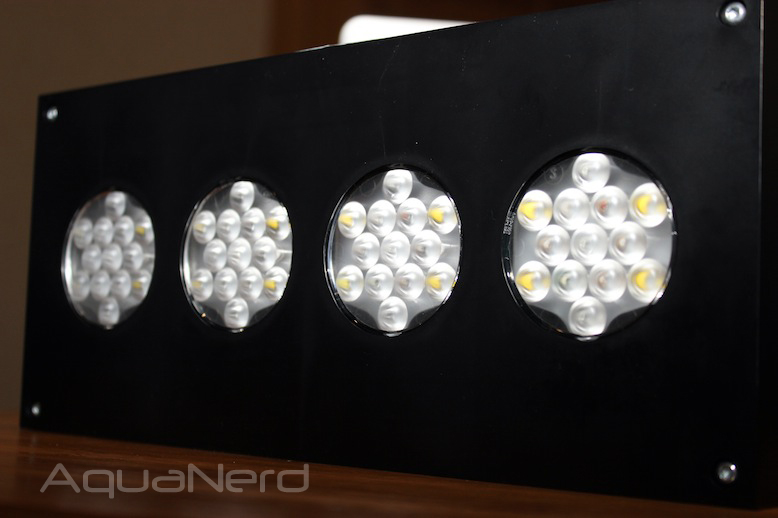 One of the biggest announcements at this year’s MACNA is the brand spanking new AquaIllumination Hydra FiftyTwo. The AI Hydra FiftyTwo gets its name from the 52 different LEDs spread across four different clusters, which are offered in the same seven color choices seen in the original Hydra. The light will be focused into the tank with the same 80 degree optics, though 50 degree lenses are always there as an option. Where the big difference is between the two Hydra versions is in the number of diodes. Where the original Hydra only had 20 total LEDs (five per cluster), they FiftyTwo ups that number to 13 per cluster. The Hydra FiftyTwo uses Cree diodes, and while there are a lot more total LEDs than the original fixture, this beefier version will only draw around 135 watts. This is due to the fact that the LEDs will be driven at a lower wattage than those in the original Hydra…which all means a lot more color and a lot more power for only a little more wattage MORE: AquaIllumination Announces Their Latest, the Hydra FiftyTwo