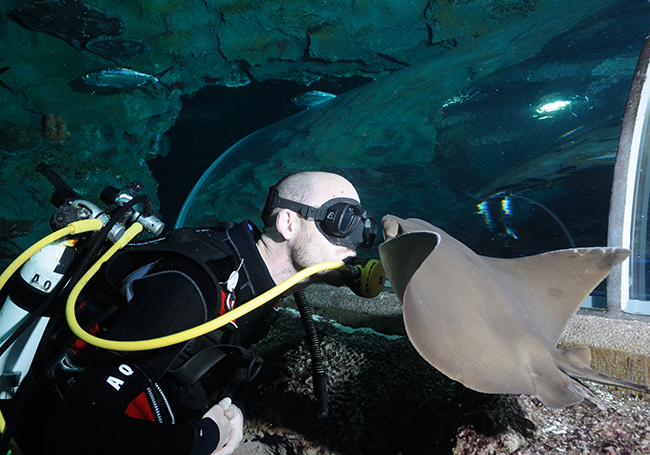 The subject of keeping sharks and other large fish species in aquaria generates a lot of debate.  Some folk say they should not be kept in such small enclosures – even a multi-million gallon public aquarium is small for a wide-ranging species after all, while others say they do fine and help educate the public about marine conservation.  It’s a big argument that I’m not entirely sure I’m qualified to argue from on side or another.  What I would say is: if you get the chance to get in the water with such large exhibits, it can be quite amazing. 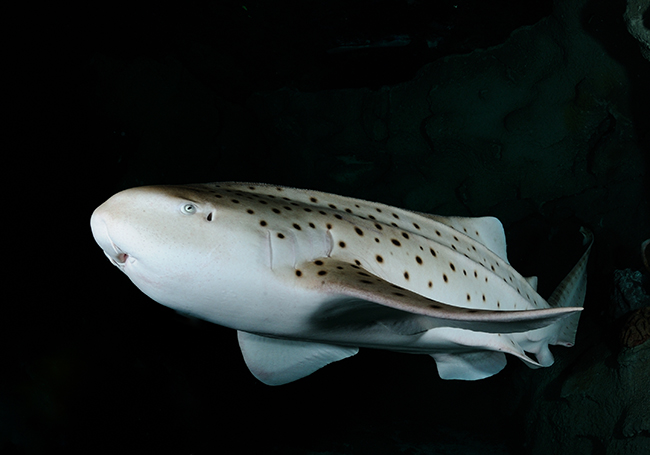 A few years ago I was asked to do some photography of the fish in a large public aquarium in the UK.  This involved spending time with the on-site diving staff who hand feed the animals and ‘perform’ for the public during the daily rota of talks and demonstrations. 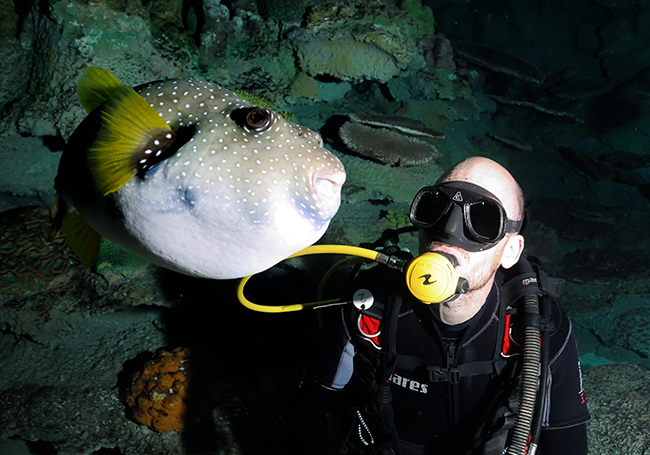 This aquarium also allows members of the public to try a shallow scuba dive with the fish, though I am aware that this is not something that all aquarists and curators support. 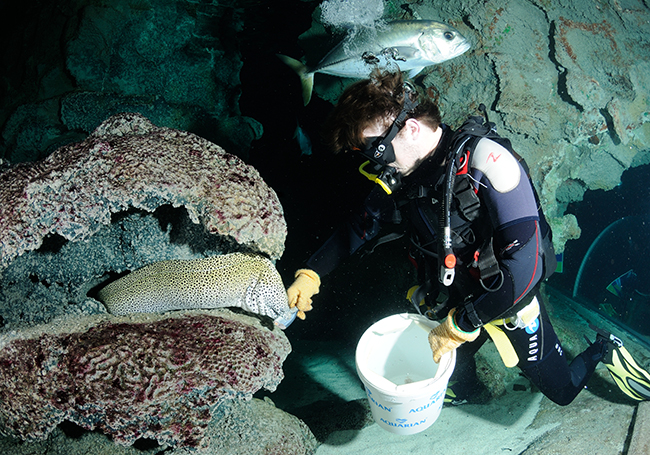 I had a great time shooting the animals, though the sharks were truly wary of me and the electronics in my camera gear.  I’d been given a through safety briefing and told not to interact with the fish, especially during the hand feeding.  I should add that the larger species such as Sand Tiger Sharks were not hand fed while divers were in the water; they were fed using fish on the end of sticks.  I had a try at this and it’s quite an experience to have a half-ton fish biting down on a piece of wood you are holding onto.  I should add that hand feeding is essential to ensure each fish receives the correct amount of nutrition and medications (if any) it needs. 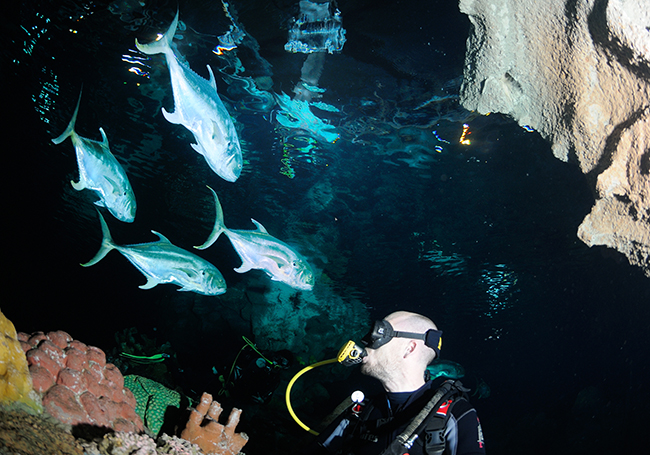 What struck me though was just how personable the fish were.  Cat sharks, Bamboo sharks and a Leopard shark were so curious (and perhaps hungry) that they seemed almost dog-like in their desire to be fed and in some cases to demand a rub of their tummies.  I was quite transfixed, but mindful to follow the rules, so I kept my hands firmly on my camera. 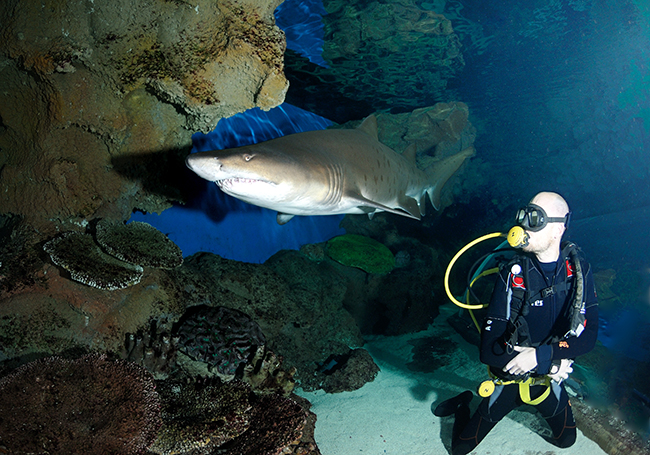 I’d be interested to hear what other people think of this sort of encounter.  Personally I enjoyed it, and I can see how these fish act as (albeit unwittingly) ambassadors for their relatives in the oceans.