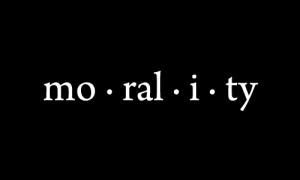 I have gotten an incredible amount of feedback on my follow up to Richard Ross and Nathan Hill’s conversation about the aquarium hobby and morality. What shocked me, is that many advanced aquarists agreed with me 100%, and felt that both the hobby and industry have a lot of work to do, when it comes to morality and our tanks. I also got feedback from those outside of the hobby or industry, whom feel that removing animals from their habitat constitutes environmental abuse, and that individual animals suffering along the chain of custody on up to our aquariums is unacceptable. Those on the outside looking in, seem to think a zero tolerance policy regarding wild caught livestock needs implemented. It’s encouraging to know that aquarists, and those who simply appreciate the planet, are thinking about these issues.

The first step to making a change is acknowledging there is a problem. It would seem that those of us who’ve been in the hobby for a while, are clearly aware that issues are present. In dialogue with fellow aquarists, I have learned that many feel rather helpless. They detest the fact that many fish, corals and other animals die during collection and shipping. Furthermore they hate that wholesalers and retailers often put animals in crammed conditions, where parasites and stress can easily pick them off. The degree of suffering that each individual animal undergoes, during their journey to our aquariums does weigh heavily on many aquarist’s minds. Like me, several aquarists pointed out that they are always on the verge of throwing in the towel, not because they are struggling to keep their tanks healthy, but because they are struggling with their conscious. As more and more pictures of massive amounts of fish become public, dead and thrown away by the livestock industry, even hardcore aquarists are becoming squeamish. 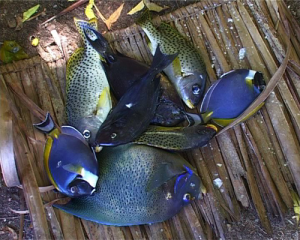 Many aquarists feel that the trade has wrapped itself up in abuse. It’s become so common, that it’s impossible to procure a marine fish without contributing to it. As I pointed out last time, fish are collected on one side of the world and hustled to the other. Collectors are paid chump change for newly collected specimens, and what cost an exporter $ 5.00 turns into hundreds by the time it’s advertised for sale online. You would assume with such a mark-up that shipping the fish would employ some advanced method that nearly guarantees a live, healthy arrival. Even after this massive price increase, domestically fish are still packed onto UPS and Fed Ex trucks, shipped out with blenders, microwaves and Uncle Joe’s new fishing rod. Given the amount of delays that UPS and Fed Ex can experience, for many within the hobby, this is hard to understand from an ethical perspective.

The but is, if you want marine livestock, these are the channels that supply it. The Fed Ex and UPS boxes have become commonplace for hobbyists, and sadly along with them dead on arrival fish, corals and other animals. Animals that literally died from either being immersed in their own waste, or suffocating from a lack of oxygen. Others die because temperatures dropped too low, and their cold blooded bodies slowly shut down. The chemical reaction that takes place during shipping and transit is fatal, and often fish that arrive alive were skirting death, and acclimation occurred at just the right time to prevent them for perishing. Getting animals in such a condition to adjust to new conditions can seem nearly impossible. 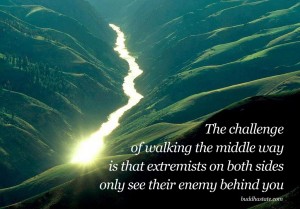 Those aquarists who want a thriving reef aquarium, but are upset about the practices that provide it, are correct in feeling trapped. You can look at outlets who follow the best practices, and even there you will find an “ends justifies the means” scenario. I recently re-invented my approach to keeping marine aquariums. I had as much saltwater in my basement as the next guy. Two tanks were fish only, loaded to the brim with rare and eccentric species. Another tank was a reef, filled with nearly any marine invertebrate imaginable. Everything was healthy, but like many aquarists I was always trying to reach the next wrung on the ladder – always trying to push the envelope.

It was when I learned about fish intelligence that I realized a reinvention was in order. Even though my animals were healthy, seemingly happy and kept in appropriate conditions, I was contributing greatly too many of the “moral” crimes that are common in the hobby.

To correct it, I needed to scale back. It certainly wasn’t necessary for me, one aquarist to have so much marine life. Within my tanks were generations of species, genetic specimens who had to be strong or they wouldn’t have survived the journey to the United States. My consumer dollar had cast invisible votes in favor of all the abuses within the industry. When looking at all the animals in my tank, it had cast thousands upon thousands of votes. Whether I agreed with the current state of affairs or not, I was silently supporting it. My attitude had always been, if I didn’t buy a specimen I wanted someone else would, perhaps someone ill prepared to care for it. It was a flawed view, because to a profit driven industry talk is cheap, money is everything. By purchasing countless rare fish, or any fish for that matter, I was encouraging more and more consumption of ornamental marine life. 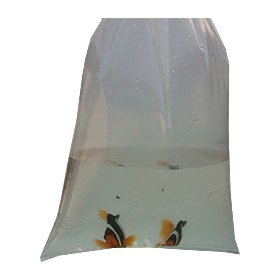 The fish needed to go, and I found suitable homes for all of them, in systems far larger and more advanced than my own. It’s not hard to find homes for rare gems, and knowing the number of aquarists I do, the task was simple. If nothing else, this action spread my personal marine life over a wider group of aquarists and perhaps discouraged them from consuming more specimens. I kept a small handful of fish (4 or 5) that I had kept for some time, species I knew were totally reef compatible and in good health.

Then I turned my eye toward coral. Luckily, most of my corals I’ve had for years and any newer specimens were doing well, providing a countless supply of frags. The focus shifted from quantity and diversity, to really focusing on one system and making the most of propagation. Not propagation for sale, but propagation to give to fellow aquarists. All of the fish I keep aid in maintenance of the reef habitat, giving coral life an even greater chance to flourish. Suddenly a system that was a total consumer, could become a total provider.

The approach is neither giving up reefing, nor is it remaining content with being a consumer of marine animals. Rather it’s a middle way that places an emphasis on what you already have and turns it into a system that can provide marine life for others. 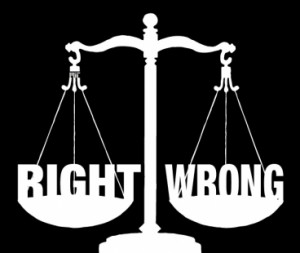 My thought is that if a large percentage of aquarists stopped climbing the ladder, stopped suffering from multiple tank syndrome and quit pushing the envelope, and shifted their focus to not just having a thriving reef, but helping provide freely for their fellow aquarist, a paradigm shift within our hobby is possible. The industry knows what it’s doing. Just as individual collectors know what they are doing when they attempt to smuggle protected or banned species into the U.S. for sale. They are content with the practice because it continues to generate a strong income. Much worse has been done in the attempt to generate a consumer dollar.

As I said before, it’s turned the hobby into a trade, and that trade into an industry that has resulted in the lack of morality seen around the world. Not every wholesaler, vendor or retailer within the industry ignores marine animal’s well-being in lieu of quick profits. Although, there are practices that occur universally across the trade, which are questionable and greatly damage the morality of both the hobby and industry. From plucking fish out of the ocean, to stuffing them in a box and on a plane, on up to crowded wholesalers with an increased risk of parasitic infection. The trickle-down effect worsens when individual vendors fail to quarantine new arrivals, and offer fish for sale knowing they carry a parasite. I once watched a fish shop owner tell a customer that an ich covered angelfish merely had sand settled onto its skin. Luckily I spoke up, and advised the customer not to buy the fish. I was asked not to return to the outlet since I interfered with a sale. The owner gave no thought to what effect that sale may have. One sick fish could have wiped out an entire tank, either forcing the aquarist to throw in the towel or purchase more species taken from the oceans, a cycle of replacement all too common within the hobby. It’s been long rumored that large outlets like Petco rely on repeat business to float their marine life department. Repeat business and a sustainable hobby simply don’t go together.

We often miss a lot of the details of fish suffering and mass death, simply because there are direct to customer vendors that put systems in place to cater to the well-being of marine animals. We read about state of the art quarantine and disinfection systems, monitoring procedures and shipping practices that help guarantee live arrival. What we don’t learn about is the massive trail of dead fish every live specimen has behind it, from ocean to aquarium. Sometimes newly collected fish suffer and die because a collector leaves them in a container too long on a boat in direct tropical sun, or because an exporter has insufficient facilities to house the animals. Sometimes being jostled and tossed during shipping leads to death and there are always infamous shipping delays. Even if the survival rate for fish collected for captivity was over 90%, the argument for the immorality of removing them from the ocean in the first place would still exist. Sadly current statistics predict that the survival rate for some species is well below 20%. Calling such a statistic dismal would be too kind. It’s possible a patient diagnosed with a serious terminal disease has a better chance of survival than some species of marine fish collected for the trade. 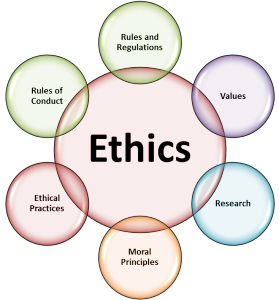 We are the aquarists, we create the demand that drives the industry forward and therefore the buck stops with us. If a new height of morality within the hobby is to be achieved, we can’t sit back and hope that NMFS, NOAA or some legislator forces the change upon us. It’s up to us to take these matters into our hands and work directly to correct them. Becoming a self-sufficient entity, one that is driven by a love for marine animals and a desire to share them with each other, would make a powerful statement to those who doubt the morality of the hobby. It would show those looking into the hobby from outside, that marine aquarists had the innovation to take matters into their own hands, when the industry that supported their hobby was failing to stand up for animal rights, or in many case acknowledge its own abuses. Of course, we don’t have to do any of this, as animal cruelty laws have yet to extend to piscine and marine species. Perhaps this is because fish are uber-utilized by humans, for food, for pleasure and in massive numbers by commercial aquaculture. The bottom line for many global industries would shrink if the use of fish was monitored so closely as to insure a humane handling and treatment for each individual animal.

I still believe that if hobbyists don’t include morality into the equation of marine aquariums, sooner or later a governing body will do it for us. At that point, it will be too late and we will have lost the opportunity to write our own rules.