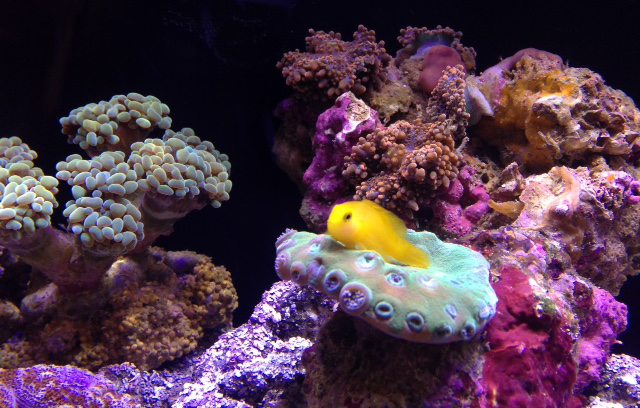 Gobiodon chillin’ in a display from Cobalt Aquatics

Aquatic Experience is back again, and I’ve journeyed deep into the underbelly of suburban Chicago to document the sights and sounds from this year’s event. In this first installment, I’ll highlight some of the more interesting saltwater livestock I came across. Sadly, there wasn’t much in the way of truly unusual and rare species to excite this jaded fish nerd (at least when it came to the marine side of things), but there was still plenty of aquatic eye candy to be had. 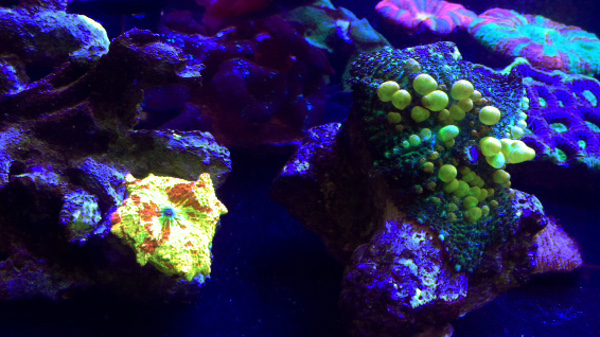 Fancypants mushrooms from Tank It Easy.

There were quite a few coral vendors present, each offering the same few colorful species one might expect (acans, chalices, zoas, etc.), all glowing maniacally under a sapphire LED sun. I’d say the best collection came from Chicago’s Tank It Easy, which had some fine corallomorphs on hand: Jawbreakers, Bounces, a lovely Discosoma variant from Australia sporting bright orange vesicles. There was also a lemony-orange Entacmaea anemone which cost about half my rent. 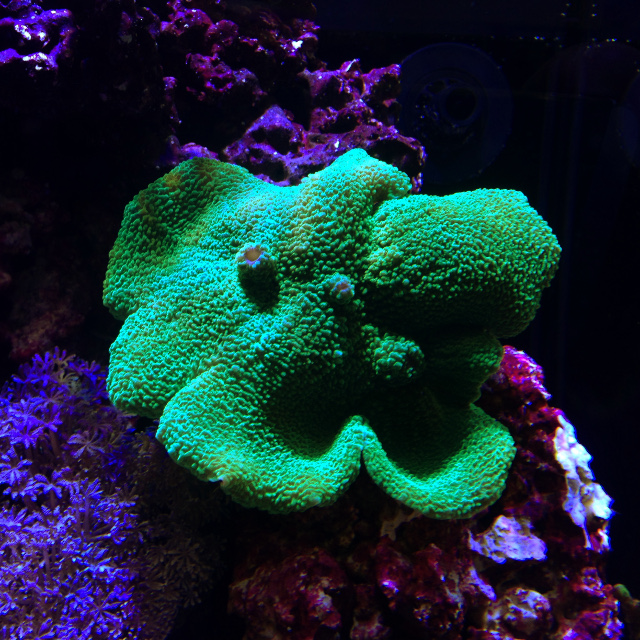 A bit more unusual was this lovely colony of Platyzoanthus mussoides. This coral is by no means rare in the aquairum trade, but it’s not all that common either. It goes by the common name Elephant Ear Mushroom and was only recently reclassified into its own genus, having formerly been treated as an unusual Rhodactis. This coral tends to show up in drab shades of mauve or brown, but green ones like this reaffirm my appreciation for this unique animal. 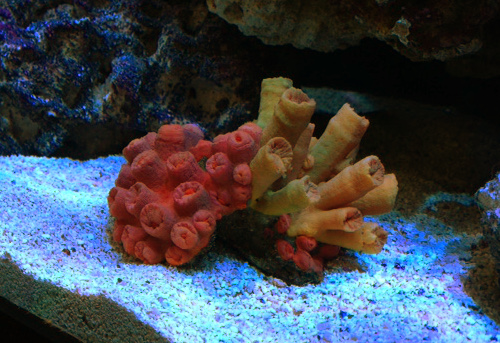 I’ve written quite a bit about dendrophylliid corals, so naturally this piece caught my eye. Sun coral combo rocks are pretty common these days, but the species involved tend to go unidentified. On the left here is the familiar Tubastraea aurea (probably) and on the right is T. tagusensis, whose colonies are typically taller, more lightly colored and generally far smaller than its congeners. 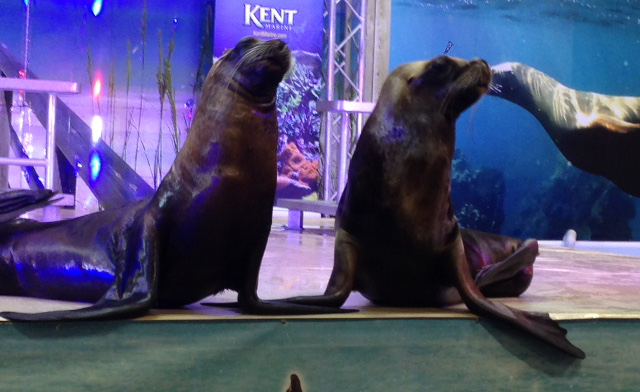 ORA announced an important breakthrough with the first captive bred sea lions to be offered to the home aquarium market. The two specimens shown here (named Julian & Sanjay) possess the standard wild-type phenotype, but Black Photon and Extreme Snowflake variants will be available soon. They are reported to be safe with corals and most invertebrates, but are said to pose some risk to seahorses, flounder, and Peppermint Angelfish. Caution is advised when adding a sea lion to the home aquarium, as these predatory pinnipeds need at least 30 gallons of water and benefit greatly from high-wattage metal halide lighting. 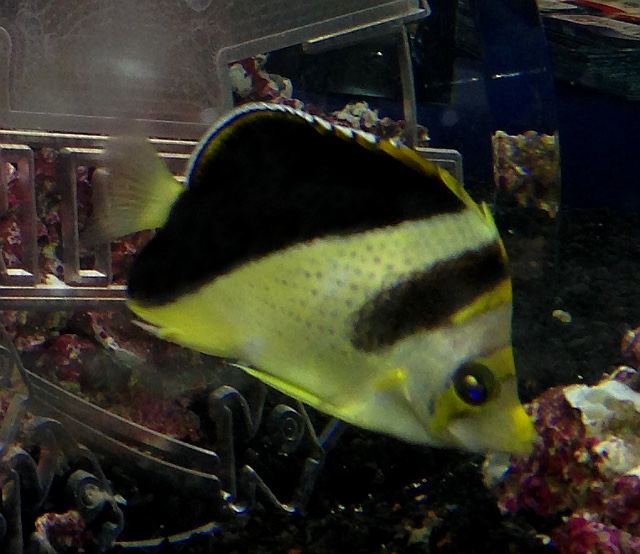 An enigmatic specimen in the Roaops subgenus.

Lastly, I found this unusual butterflyfish scurrying about. This is likely a hybrid of sorts, showing a mix of traits associated with Chaetodon burgessi and C. flavocoronatus. The yellow coloration present in the eye stripe and nuchal band are the most salient traits to look for, as a full-blooded C. burgessi has these both black, while C. flavocoronatus should have these yellow. Intermediate specimens like this one seem to be increasingly available these days and are surprisingly affordable given their uniqueness.