For me, the highlight of Aquatic Experience 2016 was the 1st International Shrimp Competition, presented by the World Pet Association. This grueling event brought together crustaceans from across the globe, each vying for the title of World’s Sexiest Shrimp. The festivities drew a raucous crowd that organizers numbered in the tens of thousand. But the day was not without some controversy, as early on the Russian contingent was disqualified for illegal doping, leading to a chaotic and violent scene that is sure to have repercussions within the international shrimping community. Many shrimp entered, but, in the end, only one could reign supreme… let’s meet the contestants. 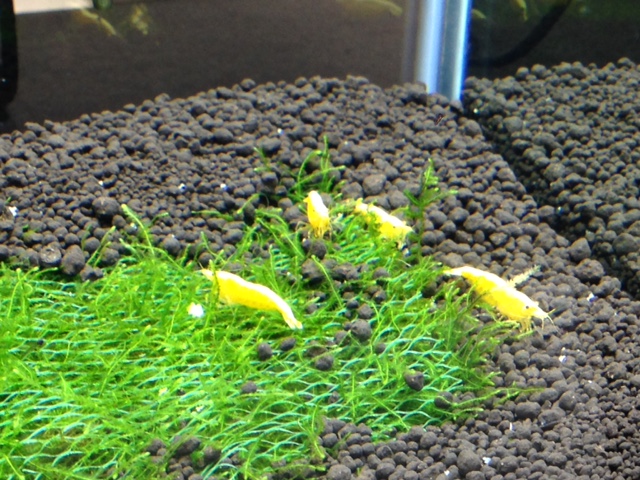 These yellow Neocaridina davidi sported an impressively sulfurous vestiture, accented with a stripe of lemony-white along the back. This species is naturally clear, with small amounts of dark pigmentation scattered across the body. The ubiquitous Cherry Shrimp stems from these pellucid forebears, and, in turn, this yellow variation is the latest effort from shrimp breeders. 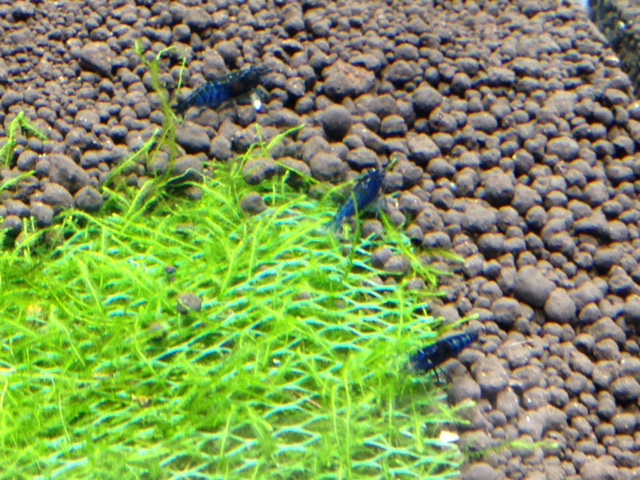 My terrible phone photography does little justice to the grandeur of this blue variety of N. davidi. It’s incredible how malleable the colors of this species are. 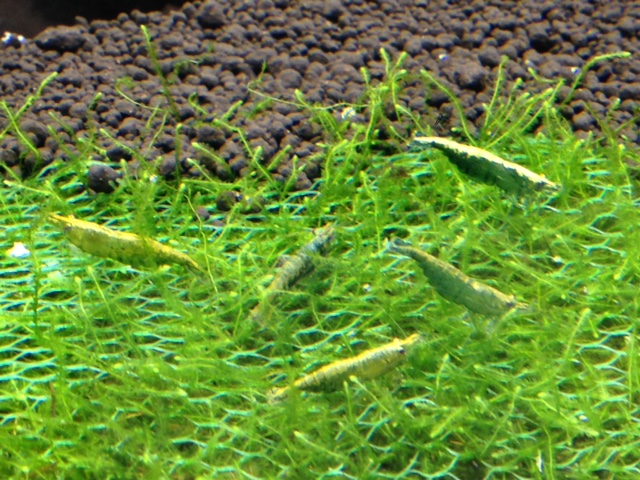 This green morph of N. davidi possesses a subtle, refined elegance that won it many accolades. 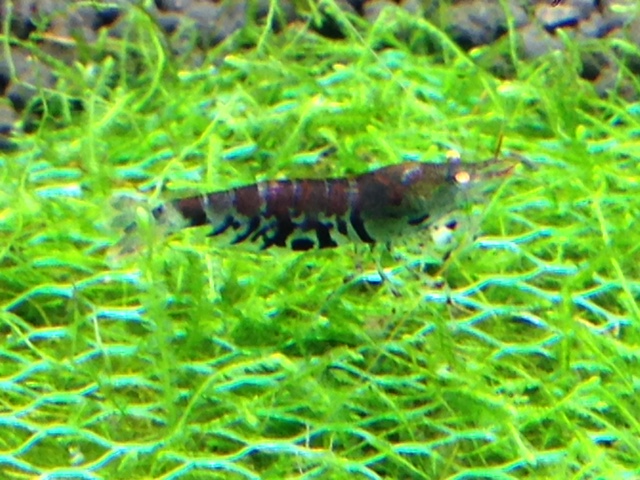 Caridina mariae looked lovely in this black-patterned ensemble. Known commonly as the Tiger Shrimp, this recently recognized species originates from Guangdong Province in China and comes in a bewildering array of colors and shapes. 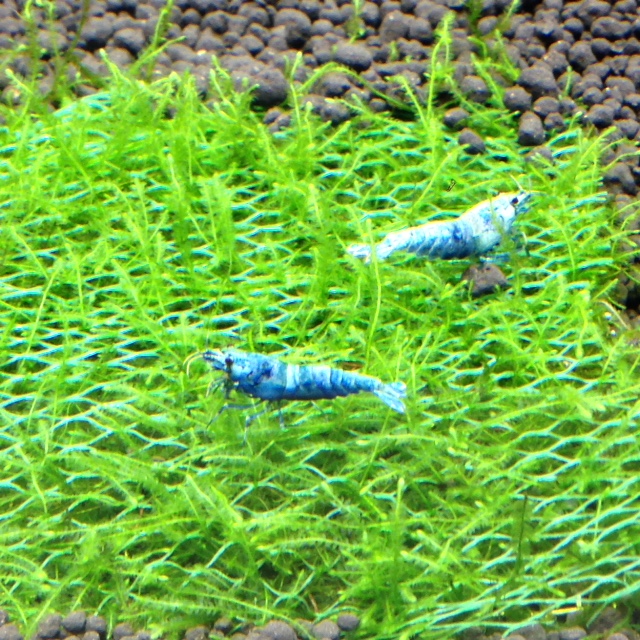 Caridina cantonensis stole the show with its sumptuous cobalt colors. Remarkably, this beautiful variant is thought to be derived from the familiar Black Crystal Shrimp that have been bred without their contrasting dark stripes. 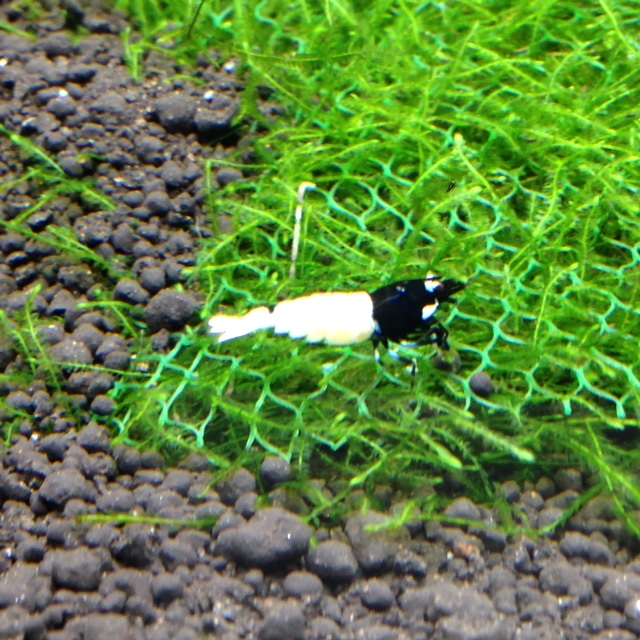 Proving that color isn’t everything, the demur black and white colors of this C. cantonensis made it a favorite for many. Dressed to the nines, this dapper caridean is suitable for even the fanciest of aquariums soirées. 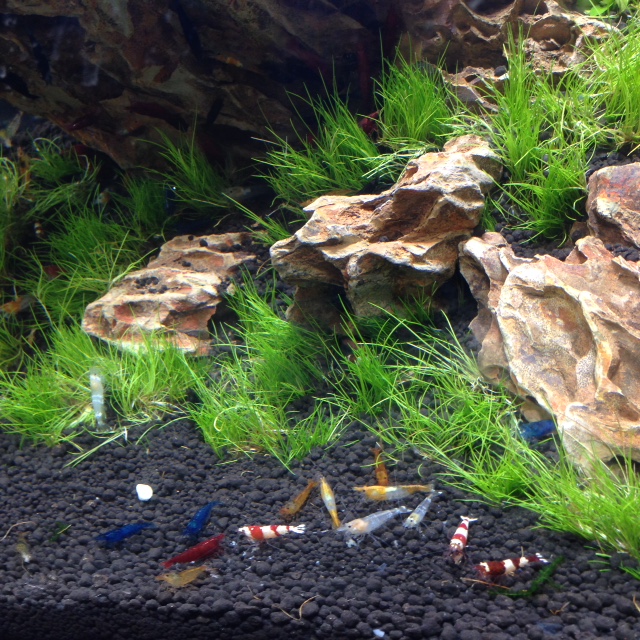 When the competition was over, after medals had been awarded, blood and tears shed, shrimps from across the globe wiped the sweat from their brow and gathered together to celebrate their achievements.