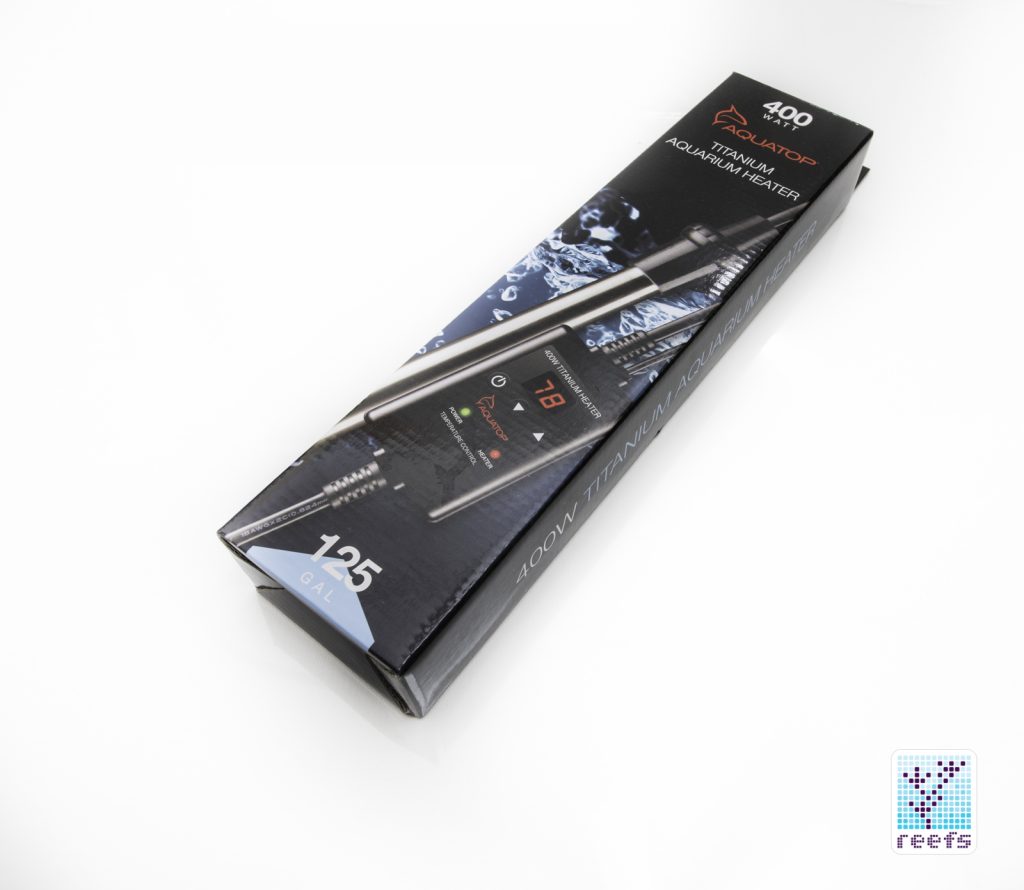 The design and build of of aquarium heaters has changed very little since they were first introduced to the aquarium hobby. It is generally a heating element contained in a tube made of hard-to-break material (usually glass, titanium alloy or plastic), with a thermostat located somewhere on the heater’s body, a pair of suction cup holders, and a length of cord that connects to the home’s grid.

The team from Aquatop decided to expand on the basic aquarium heater design, and added some interesting new features that makes this latest product worth looking into. 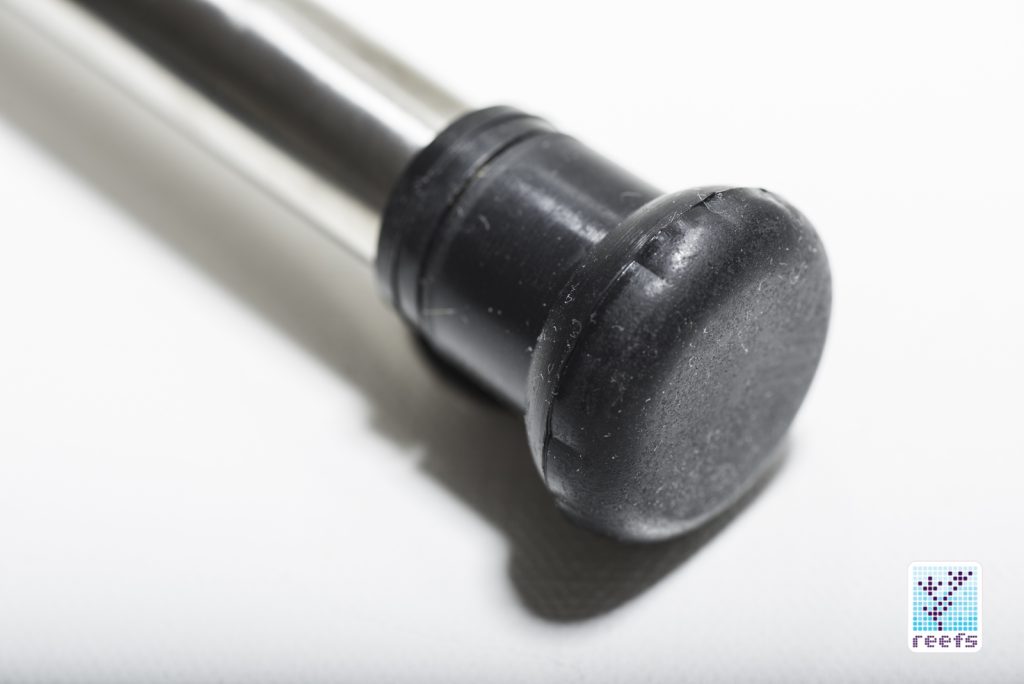 Some things are the same- it’s a long, cigar shaped tube made of titanium alloy, which protects the heating filaments inside and makes the heater virtually indestructible. It attaches to the aquarium glass via two built-in suction cups and can be fully submerged in water. 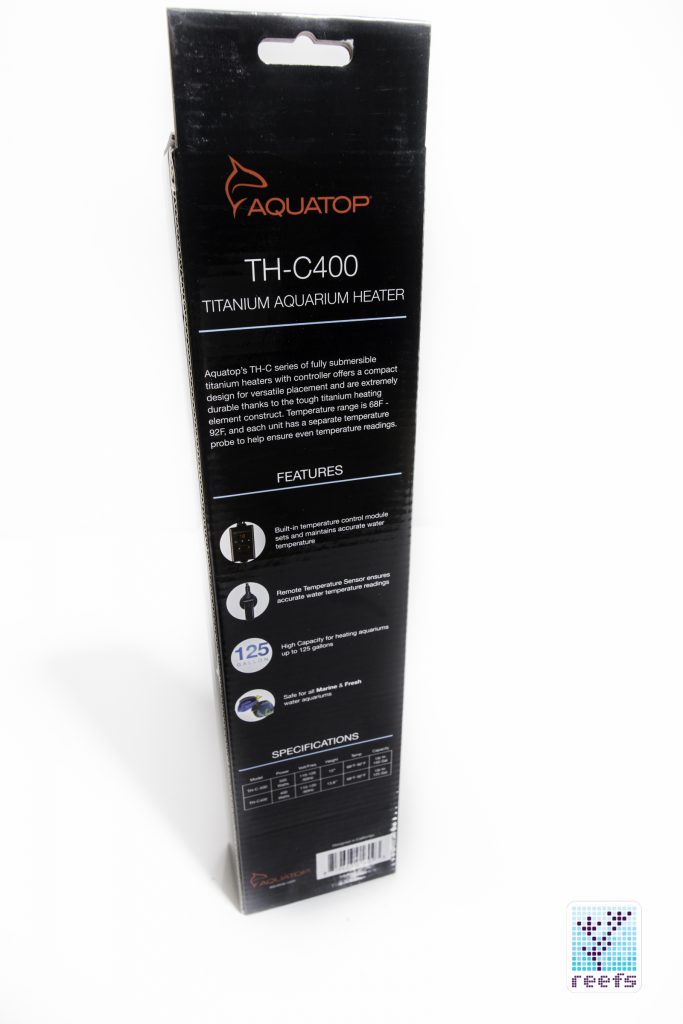 But the Aquatop Titanium heater differs from a others on the market in its thermostat design. Instead of being built into the heater’s body, it has been moved away from the heating element and can be installed remotely in a more convenient location. It also has a remote temperature sensor with its own suction cup, which allows you to move the temperature reading part away from the heater, providing a more uniform heat distribution throughout the tank. This is especially useful in aquariums featuring a sump; you can place the heating element in the sump, away from sight, and have the remote sensor reading temperature in the display tank. Cords are long enough to allow for this. 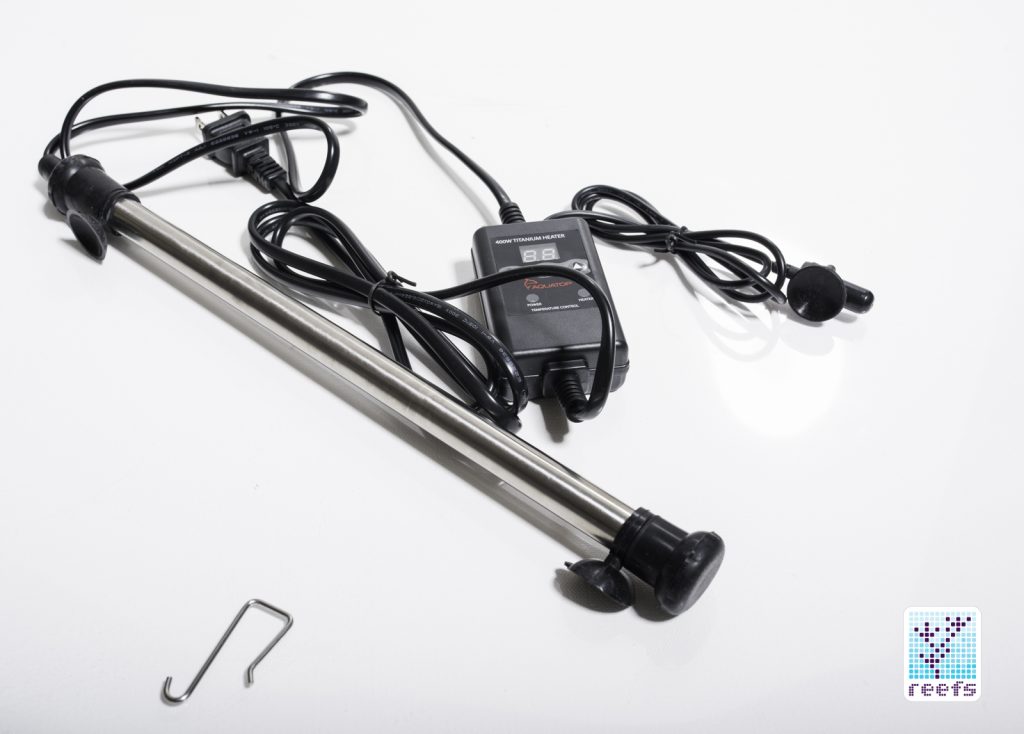 I received the 400W version of Aquatop Titanium aquarium heater for this review. The titanium THC line consists of 5 models ranging between 100-500W of power.
The unit comes in a retail box showing a picture of the heater on the front, and suggested tank rating and a specsheet with some additional images on the back. Inside, we have:

-wired thermostat with display, indicator LEDs, and a set of push buttons

-wired remote temperature sensor, complete with built in suction cup, that connects to the thermostat 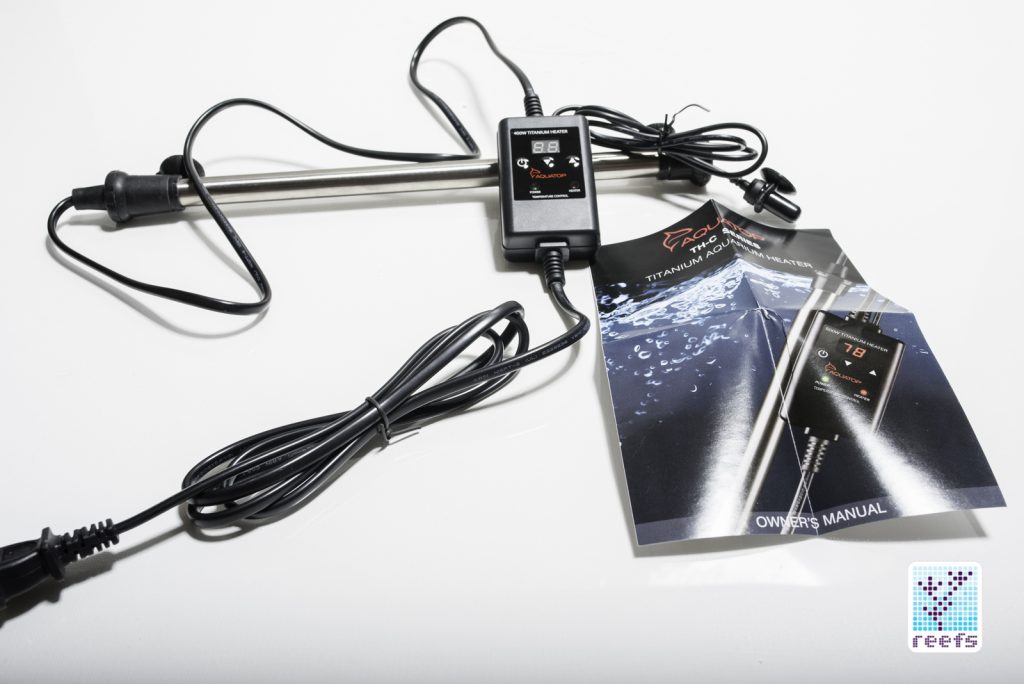 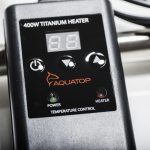 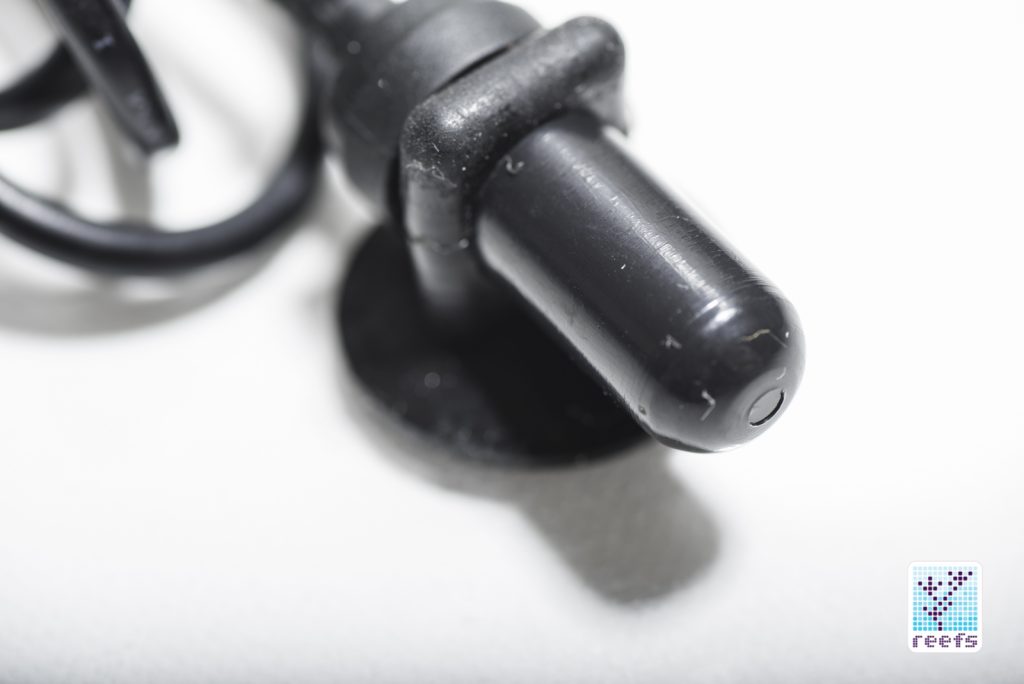 Lengths of cords are as follows: 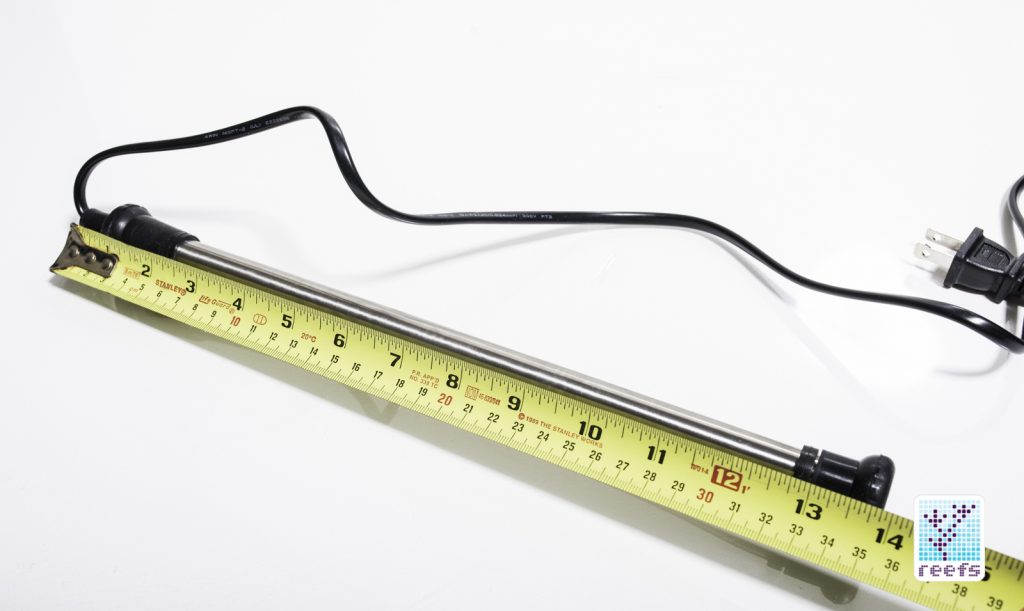 The length of the heating element is roughly 14″ 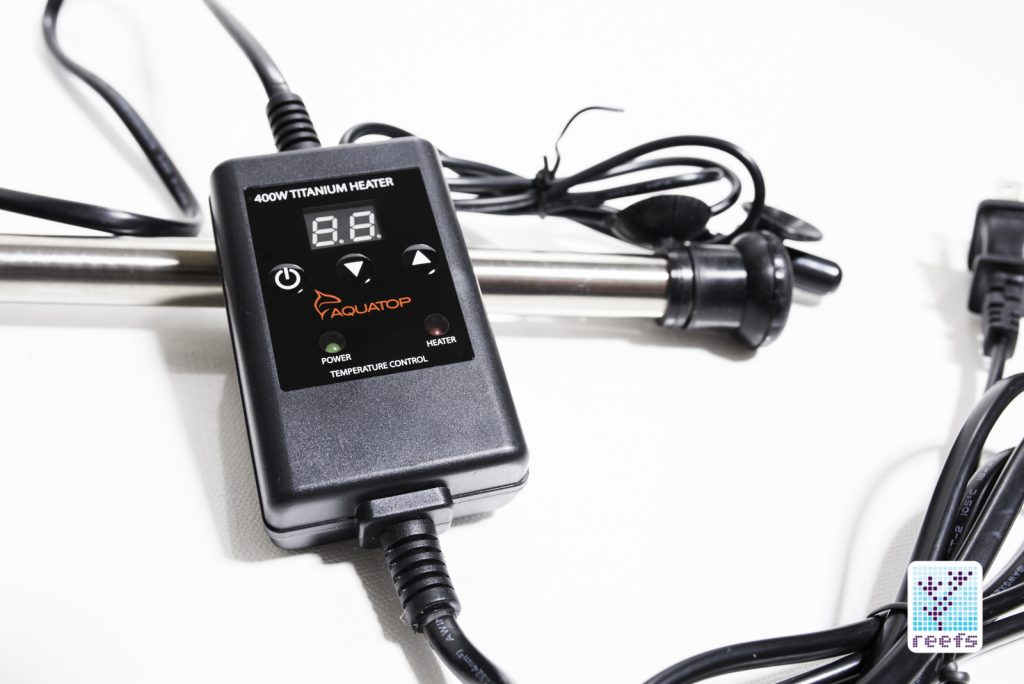 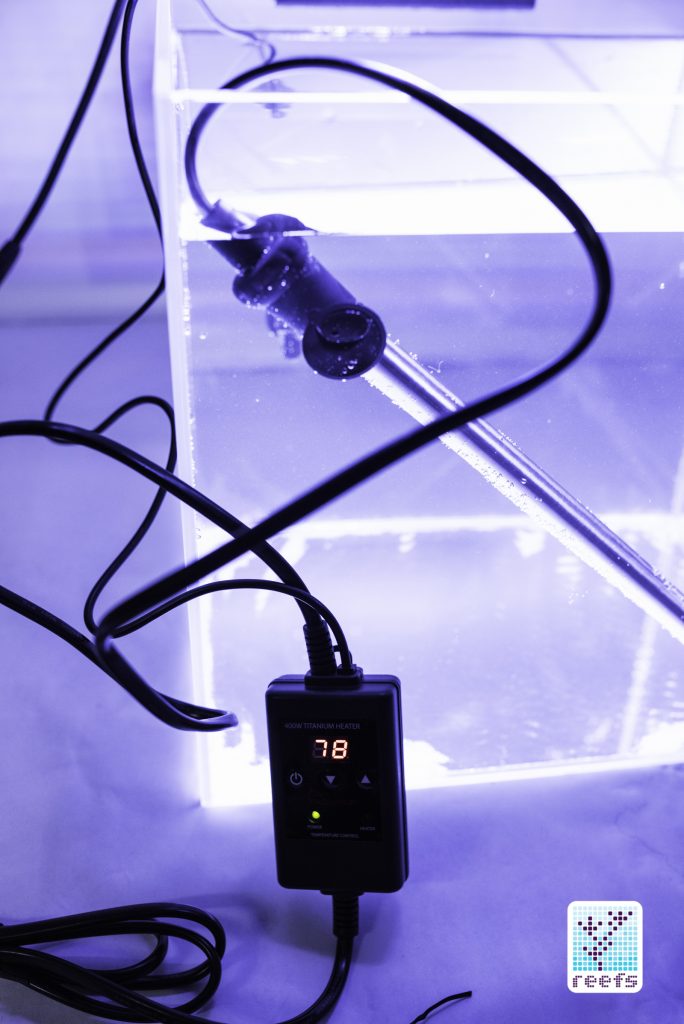 The thermostat has a numeric display that shows current temperature (as registered by the remote sensor) and two indicator LEDs labeled POWER and HEATER, respectively. The green POWER diode indicates that the heater is on, while the HEATER diode is red when the heating element is on. To set desired temperature, you press and hold the power button and use the UP and DOWN buttons to change value. Hit POWER again and the heater is set, ready for action. 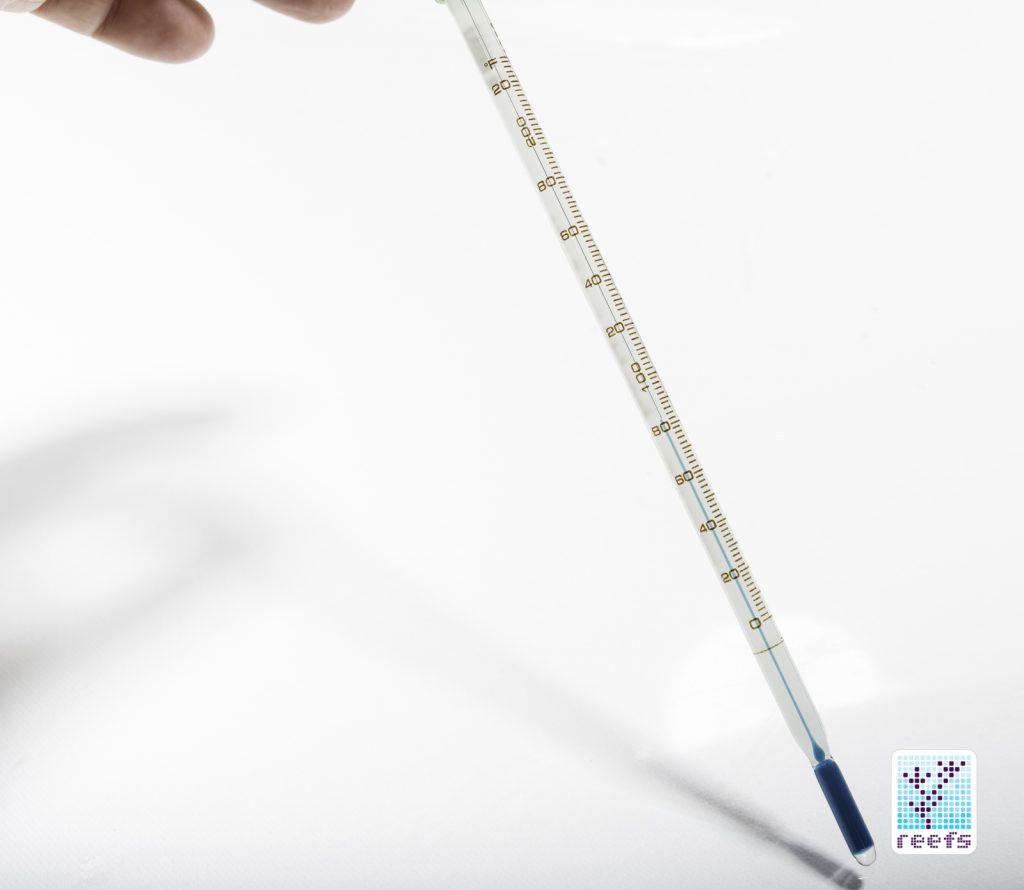 I though the best way to test an aquarium heater was to check its accuracy with a reference thermometer. For that I used a scientific liquid thermometer with an accuracy of ±1°F. The heater’s thermostat has a listed accuracy of ±1.8°F.

Test results are all positive- the Aquatop Titanium aquarium heater displays correct temperature before and after heating element has been engaged. See pictures below: 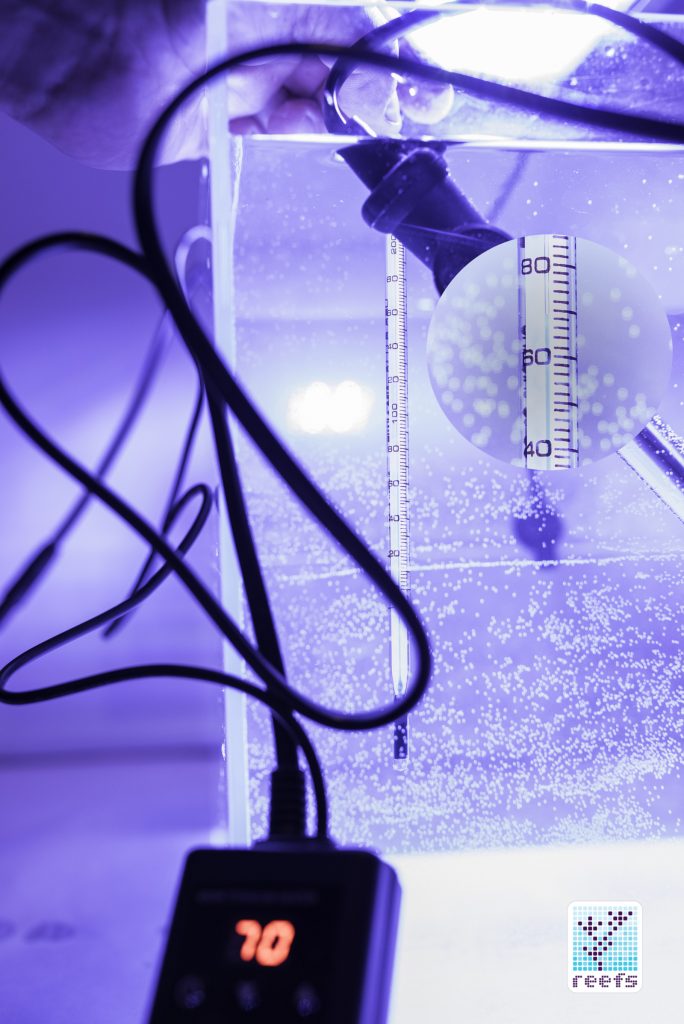 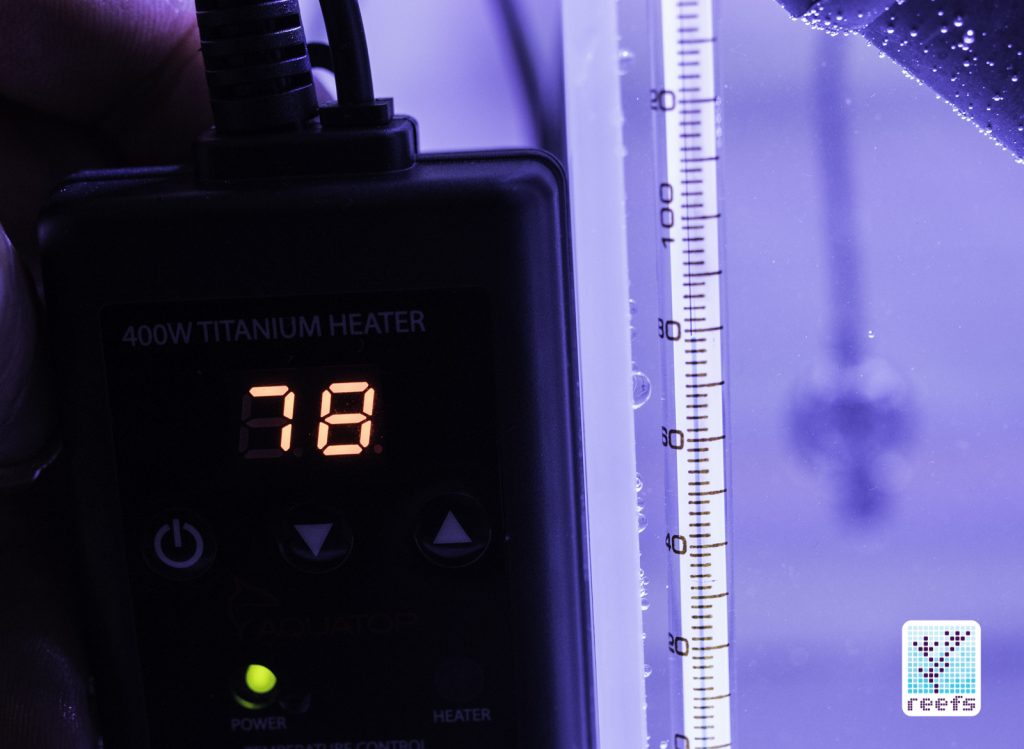 The tested model costs around $70, which places it as an average-priced aquarium titanium heater, compared to others on the market.

Titanium aquarium heater is another fine product by Aquatop, offering some interesting new ideas in a segment that rarely sees improvements. The heater’s long term reliability is the only thing that remains to be seen; the design and build leave nothing to complain about.

You can learn more about Aquatop Titanium heater line by visiting the product page.