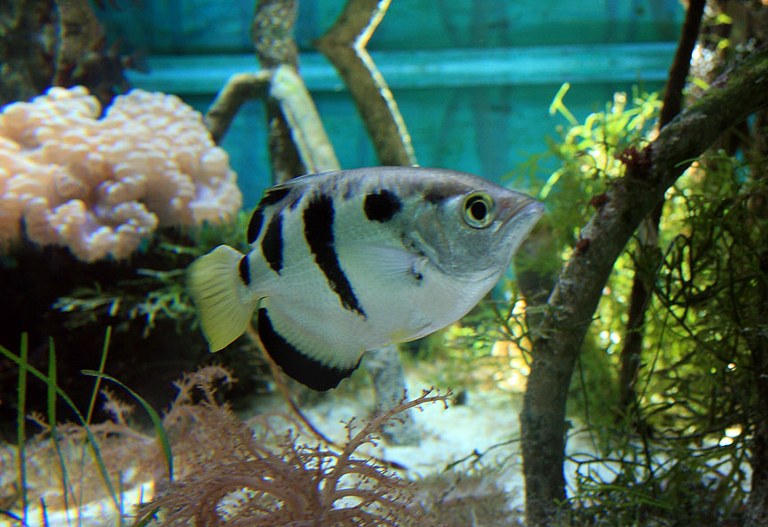 
New research now shows that the fish generate this power externally using water dynamics rather than with any specialized internal organs. The research, published Oct. 24 in the open access journal PLOS ONE by Alberto Vailati and colleagues from the University of Milan, provides the first explanation for how archer fish can generate such powerful jets to capture their prey.

Other animals like chameleons and salamanders store energy in collagen fibers in their bodies and abruptly release this stored energy to project their tongues at high speeds, but previous studies on archer fish have ruled out such specialized organs as the source of the powerful water jets.

The authors of the current study used high-speed video recordings of archer fish knocking insects out of overhanging plants to study the mechanics of the water jet and found that the fish could modulate the velocity of the jet to create a single large water drop that hit the prey with a large force. According to the authors, this approach avoids the evolutionary costs needed to develop special internal structures to store these large amounts of energy.

“The origin of the effectiveness of the jet squirted by archer fish has been searched for inside of the fish for nearly 250 years. The striking finding of our work is that a large amplification of muscular power occurs outside of the fish and leads to a very powerful impact of the jet with the prey” says Vailati.